“I prefer the way I look with make-up on.” A sentiment expressed by 41% of the British public when being quizzed on why they bother investing time in applying make-up.

Following on from that response 36% of people said, “I feel more professional and confident with make-up on.” A shocking 15% claimed that they “get more respect and attention when wearing make-up.”

As shocking and ultimately sad as this is, the public provides an honest thought to a seemingly sensitive topic. One could argue that make-up is an artistic statement, a type of art, whether it boosts your self-confidence or you simply enjoy what make-up can offer. 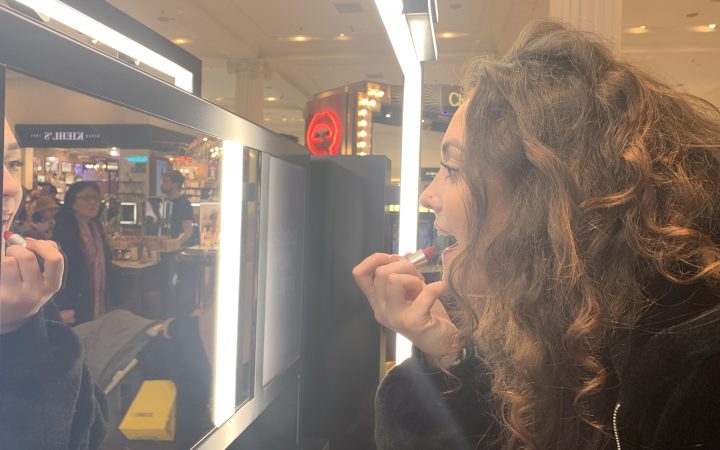 Nowadays, the option to even consider wearing make-up has almost completely been removed. Many secondary schools have banned the of wearing make-up or dying hair any colour other than natural tones. This opens up for debate whether this is healthy for young make-up lovers.

Gemma Williams, a make-up artist with MAC cosmetics explains that “the concept of make-up should be introduced in schools in a positive way and not portrayed as negative.” Gemma passionately believes that by introducing make-up will not be seen as “girls using it to impress boys” or that they are somehow being “fake if they wear make-up.”

By normalising make-up and removing the negative connotations surrounding the topic, we can move further towards cosmetics being a form of self-expression, and move towards the idea of it making way for a sense of individuality. Between the ages of 11 to 17 is when a young person is figuring out their own styles and looks. It is an important period for experimentation.

Gemma went on to say that she has a lot of clients coming to her for help as they are unsure of how to apply make-up. “It is quite sad when I see clients so eager and passionate about learning what type of make-up is good for them and what suits their face because you can tell they were held back in figuring out the beauty world when they were younger.”

A recent graduate, Kadija, believes that certain rules that schools and workplaces enforce are also necessary. “I don’t think it hinders self-expression as it promotes naturalness and being comfortable in your own skin. Likewise, it sets professional boundaries in terms of looking presentable in social settings,” she said.

“Most importantly in schools, I feel that the rules and guidelines are needed to break down social stereotypes in terms of what you should look like or using make-up to conform to the likeness of others. However, as long as the guidelines don’t discriminate against race or religion I feel like appropriate guidelines are needed.” 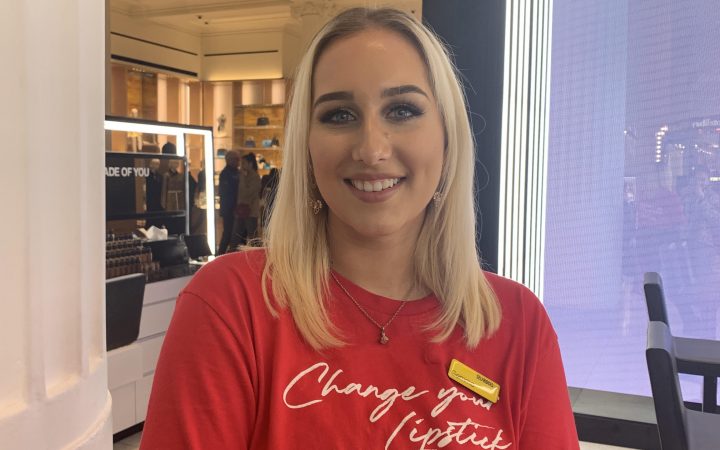 The cosmetics industry is massive and ever-growing, current figures show it is valued at an estimated $532 billion (£413 bn) and is growing rapidly. Thanks to many social media platforms influencers are promoting what products to buy, making them available with just a click of a link.

Being introduced to make-up at a young age makes you appreciate it more compared to someone who was not allowed to explore that world, Gemma says that “by appreciating make-up, I can go out without wearing make-up as I had already experimented whilst growing up. Now I see some girls who cannot even show their own partners their face without make-up.”

Around 44% of American women tend not to leave their homes without make-up on. A research investigation shows that there are two primary reasons why women wear make-up:

Around 15% of Brits have openly admitted to waking up earlier in order to put on their make-up before their partner wakes up. Another 41% of us can not even leave the house without wearing make-up, suggesting that many of us feel self-conscious without it.

With social media at its core, make-up artists are constantly showing new beauty hacks and showing the new generation that make-up is positive and fun and that anyone can use it whether you are male, female, old and young.

With the likes of celebs like James Charles and Jeffree Star using make-up they have opened the market for boys to feel comfortable in make-up, Gemma did mention that her boyfriend might use her concealer when he has a blemish appearing. Slowly but surely it is becoming more widely accepted. 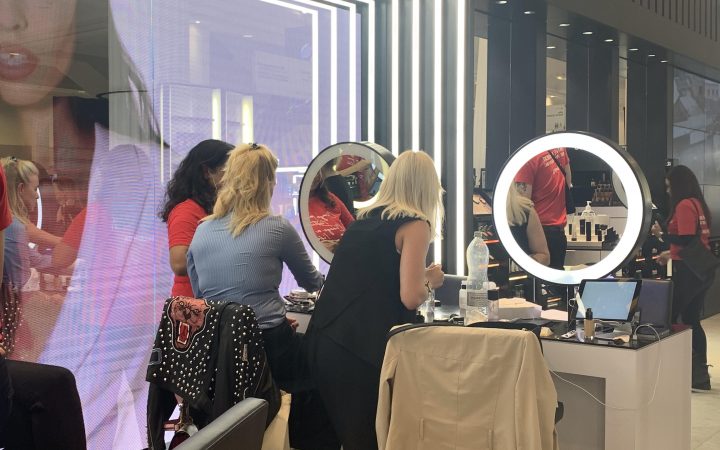 It is becoming popular to use make-up artists to improve skills.

From an early age, we are left to explore our identities. School is inevitably the main driving force in enabling us to grow as individuals. But why are we banning the wearing make-up in schools?

In a Sydenham Girls School leaflet, it highlights that no make-up should be worn nor “funky coloured hair.” During these important years of self-expression, why are they being hindered?

Many teachers and parents at the Forest Hill School are worried that rivalry and comparison will arise, and that bullying can occur if someone doesn’t have the latest make-up or style. However, some argue that by lifting the ban and allowing everyone to be free and experiment it allows make-up to become normalised and open for people to see it in the same way as wearing a uniform.

Sophy MacDonnell is a parent of four: “Make-up is a personal choice and stopping young people expressing their individuality, at a time when they are evolving and experimenting, is counterproductive and ends up creating resentment and frustration,” she said.

“It’s not a good frame of mind for learning/doing your job well. I also think the British obsession with uniform and no make-up is fetishistic. It’s weird to impose restrictions on somebody’s appearance, why would adults be scrutinising skirt lengths and mascara on children.”

Other arguments suggest that focusing on uniformity rather than education distracts from school’s main objective. The focus should be on helping with the learning process and making sure students are happy and healthy.

Houria, a 17-year-old student from Haberdashers’ Ask’s Hatcham College said that she believes that “teachers are tending to focus more on our appearance rather than our education. If they put the same amount of effort they do into our appearance as they did into our learning it might be a big improvement in attitude and grades.” 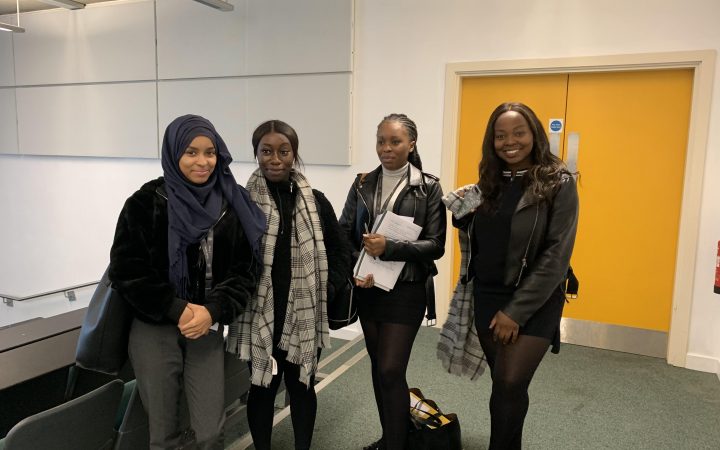 The constant pressure on how your appearance is received is becoming unhealthy. There is a huge pressure to fulfil a ‘checklist’ at schools or some workplaces to look or dress a certain way.

However, when asking a few students, they believed that if the pressure of having to wear make-up to impress was removed, the core concept of it can become more positive.

They all came to the conclusion that they wear make-up because it gives them a level of confidence and happiness, it should not be seen in a sad or negative but that there is something out there that just enhances peoples beauty and allows them to fully appreciate themselves, with maybe a bit of help.

Liv is an up and coming make-up artist, and appears on Instagram as @makeupbylliv; she believes that there is more good to make-up than people like to assume.

She argues that some businesses should not discriminate, but “understand that many employees need to paint their personality on, and express themselves with their make-up in order to perform their absolute best in the workplace.”

Liv also told us that when she was working in retail the days she would not wear make-up compared to the days she did, changed her attitude and mood.

Finding a balance between how to encourage make-up and eliminate the negative connotations surrounding it has drastically changed over the years.

From being seen that women in the 50s and 60s had to wear make-up for their partners and look pretty; to now, where the beauty industry has allowed people to become confident with their own style.

All images by Livia Likurti.