The Bahamas is a nation of more than 700 islands, forming an archipelago in the eastern Caribbean, starting just 90km (56 miles) east of Miami.

Its crystal-clear, turquoise water and shallow, sandy beaches, make it one of the top Caribbean destinations for American vicitors. The pristine, bright appearance of these island’s beaches have played a big role in the desirability of the Bahamas, with many tourists eager to take the perfect picture for Instagram.

Yet what many don’t see behind the illusion of paradise is a growing plastic crisis forming along the shorelines, polluting the beaches and harming the array of animals that call these exquisite islands home. 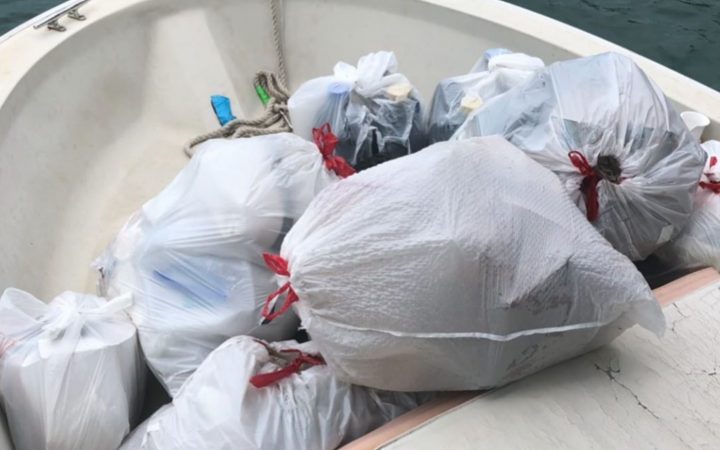 Plastic collected on a nearby resort [David Weinberg]

David Weinberg, the founder of the organisation Cure for Earth, has made it his life goal to help reduce the plastic waste found on beaches in Florida and the Bahamas. After cruising the southern Bahamian islands, he was overcome by the sight of plastic littering the beaches and damaging the ecosystems in one of the most biodiverse areas of the world.

David uses his social media following to share and inform his viewers of his conservation work. This will often include shocking photos of piles of rubbish or animal remains with stomachs full of plastic. According to the Bahamas Plastic Movement, 100,000 sea creatures die every year due to plastic entanglement, with two-thirds of the world’s fish stock suffering from plastic ingestion. David will often remove as much plastic as he can from a beach only to find that more plastic has been washed up the next day.

[pullquote align=”right”]“I have two kids who are going to inherit the earth…and I have to be a part of the solution to the plastics crisis”[/pullquote]He describes an encounter he had with a guest at a nearby resort, where he regularly scouts the beach for anything that doesn’t belong there. The guest approached him, referring to him as a “garbage collector” and left him their waste for him to collect. “I was taken aback and felt like some people really don’t care about looking after this beautiful place… They just come here and go home, and don’t think about what they have left behind” 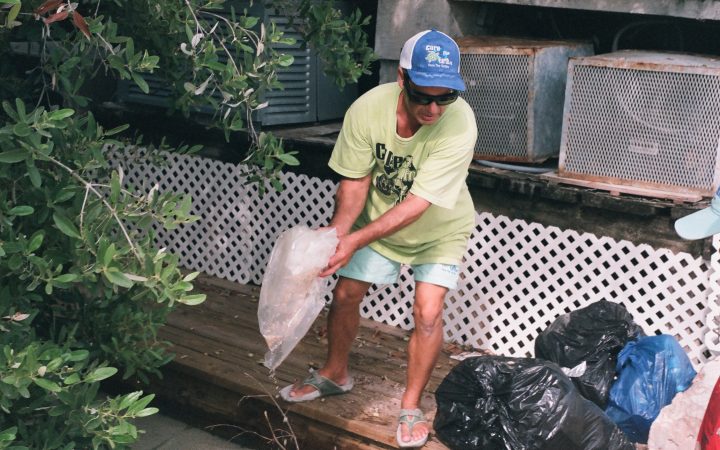 The tourism industry globally has become a huge economic catalyst in recent years, funnelling money and jobs into communities that otherwise would have to be reliant on their own resources and trade. This is something that can certainly be seen in the Bahamas, where 6.6 million people visited in 2018, which has risen up by 7.9% from the prvious year.

Furthermore, the lack of agriculture and farming due to the harsh landscape, means many of the Bahamian people have come to rely on the tourism industry as a source of income. While it may sound exploitative, there is a general feeling of mutual respect and large resorts such as Sandals provide living accommodation for their staff and pay them good living wages. However, as is frequently the case with tourist hotspots, the economy benefits but the environment suffers.

With tourism accounting for 60% of the country’s GDP and estimated to be producing around 300,000 tonnes of waste every year, it is of critical concern that the fight against the plastic crisis in the Bahamas should focus on hotels, resorts and excursions.

“Right now, we are taking all this plastic to the landfills here in the Bahamas and we’re developing solutions with the local people on the islands to utilise a lot of these plastics by creating art and selling souvenirs to the tourists here,” David tells us.

But it is the question of what to do with all the waste that is troubling. Landfills take up and ruin precious land on these small islands and exporting waste is very expensive. After relying on landfills for years, David is now focussing on new creative ways of tackling this issue. 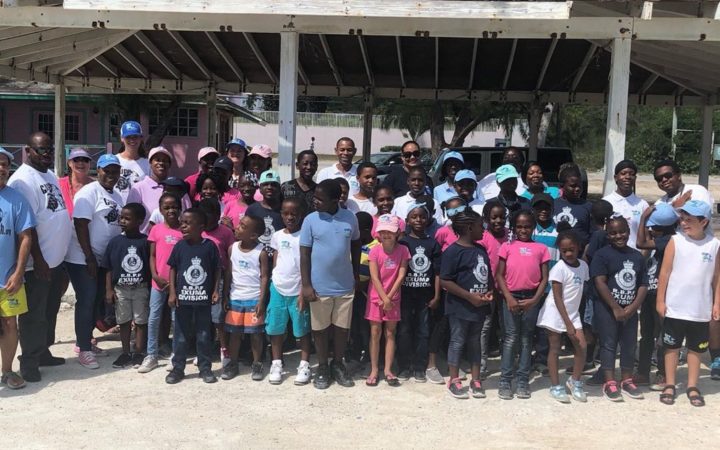 Locals ready to do a beach clean up [David Weinberg]

David’s love and admiration for his kids and their determination to pick up plastic has inspired him to work closely with more children, due to the fact that they are more “open to helping” and “haven’t acquired the bad habits of the generation before,” which has led to him staging a beach clean-up with 100 local school children.

The recent horrors of the natural disaster Hurricane Dorian have only encouraged David to continue his mission, predominantly in the Bahamas, where he often receives help from Florida. Thanks to his foundation, David was able to raise enough to hire $6,000 (£4,666) aeroplanes with supplies to fly out to families in need.

David continues to do his morning 9:00 am beach pick-ups, regardless of the situation and encourages everyone to help in any way that they can.

Whilst the rise of tourism has, in the past, has contributed to the pollution of the beaches, it has now become necessary for the tourism industry to continue fuelling the economy.

By Atiyyah Ntiamoah-Addo
11 Mins read
We sit down with the influential writer and activist on climate justice, animal rights and alternative systems in fashion.
Technology

By Trinity Francis
4 Mins read
We examine the future of road vehicles, including electric cars and trucks and sustainable new materials.
Life

By Atiyyah Ntiamoah-Addo
4 Mins read
We explore the impact and toxicity of fast-fashion, through the lens of young students and individual responsibility.