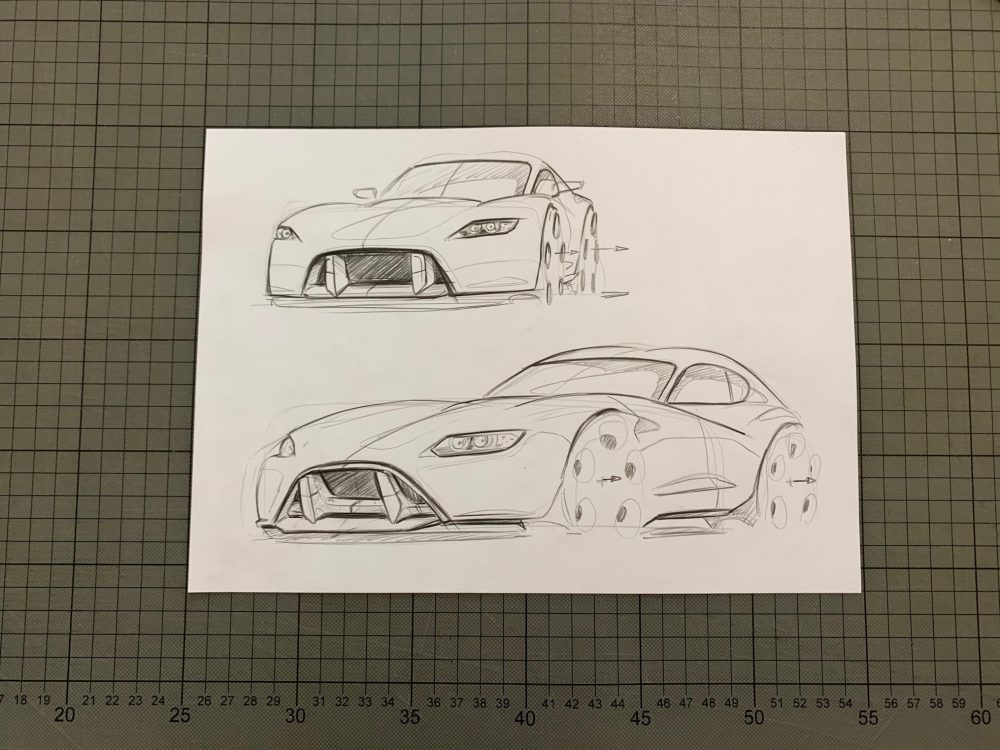 How many times have we heard ‘new concept car unveiled’ or ‘new car breaks all boundaries’. Usually, it turns out to be a car with a new colour design or a new and improved engine, but often the whole concept never changes drastically. In many cases, the manufacturing of the car may not vary much from the previous production processes.

This really bothered the Swiss entrepreneur Ludicroussam, who after noticing a stagnation in the car industry, decided to create not just a car, but a new concept that could completely change the way we think about cars.

He looks back at the past for inspiration when cars were not one-trick ponies, and today, with leasing and ‘car flipping’, car owners are buying and selling their cars within months, but back when a car was meant to last a lifetime, any local mechanic could patch them up and keep them going. 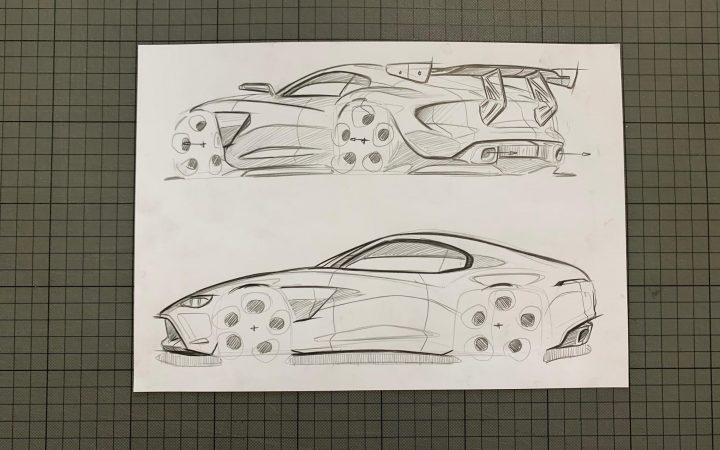 A rare glimpse at the concept; it started out as a drawing like any old school design [Ludicroussam]

Ludicroussam is developing a car that he claims will only be generic in regards to its outer shell. Everything from the engine, to the interior, suspension and chassis will be completely customisable and modifiable by the customer. The car will have a number of custom specifications for the customers to choose from.

The idea behind this concept, is that this car is supposed to evolve with the consumer. Instead of consumers feeling the need to purchase a new car when they have the longing for a new concept, Ludicroussam believes that his car will solve this issue. If a consumer wishes to change something about his car, he can take it back to the manufacturer and he will tweak it for its new specification.

This concept goes against the business model used by many other car manufacturers, as it eliminates the need for developing entirely new cars altogether.

Conventional cars are designed for a specific task and aimed at a specific market. Some are made for speed, some for handling in the corners and others are excellent high-speed cruisers.

By making the car physically unchangeable, it risks becoming obsolete when the owner’s needs have changed or the market is no longer in demand. With a modular car, people will gradually tweak their cars to adapt the changing needs and wants. 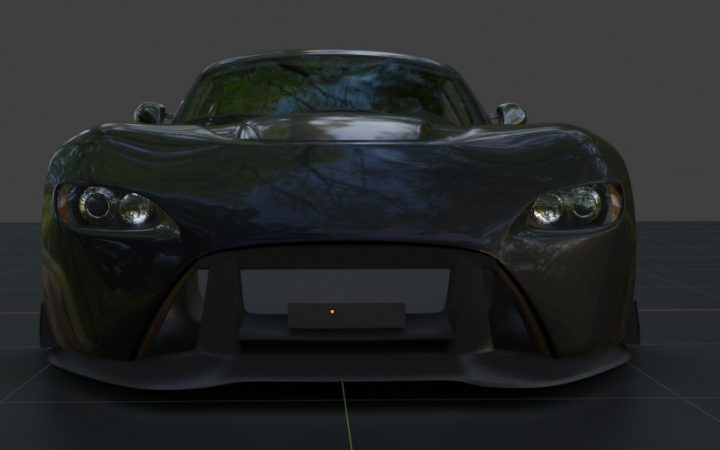 After being drawn on paper, he proceeded with 3D modelling [Ludicroussam]

The car itself will be based on the chassis of a BMW Z4, which will make it fairly light and nimble. The base specification, which can be altered and tailored for the customer will also be using a BMW inline six-cylinder engine, which has proven to be a reliable engine with a lot of room for modification.

Just like all other aspects of this car, the components are designed to support future modifications – this is why it is an ‘evolving’ car.

As mentioned previously, part of Ludricoussams’ motivation to create this project is the alarming amount of corruption he has experienced and discovered within the car industry. Having lived in Geneva, Switzerland, for most of his life, he has had the privilege to attend one of the most popular car conventions in the world, the Geneva Motor Show. This gave him the chance to meet important people working in the car industry, from exclusive car brands such as Koenigsegg, Ferrari and Jaguar.

Just like with Koenigsegg, Ludicroussam continued to meet other members of the industry and insiders, where he continued to learn about the corrupt business schemes and experienced being involved in these for the first time.

“I contacted two different individuals from the industry to develop the design and engineering of the car and they attempted to charge me ridiculous fees for small tasks. I believe my age and lack of experience in this industry pushes many, including these individuals, to take advantage of me.”

Ludicrossam finds that lack of passion and obsession with profit, is damaging the car industry: “I’m not in it for the money, I won’t even mind if we barely make any profits on the first models, the idea is to prove everyone wrong and make a car that answers most petrol heads needs without charging exorbitant amounts of money, because yes, it is doable.”

The entrepreneur also plans to use bio-ethanol, a cleaner fuel, that has the potential to be carbon neutral. Concerned for the environment, he has hopes and ambition to shift the entire fuel industry into biofuels, specifically bioethanol. For now, he is focused on developing his car, but he does plan to pursue the development of biofuels later on.

Ludicroussam represents a breath of fresh air in a world focused on numbers and profits. He is attempting to create a concept, that if successful, would force other manufacturers to re-evaluate how they manufacture cars and hopes to show that when profits are not the main priority, amazing new things can happen.