Cars have been a huge part of our lives for the last 100 years. They revolutionised the way we move and they opened the doors to endless opportunities for trade, personal transport, a new type of luxury and a new way of having fun.

In the present day, after decades of research, we understand that cars, as they are today, are not exactly sustainable. We know that combustion engines require fossil fuels to operate and gases released from the engine are harmful to the atmosphere contributing to the greenhouse effect, which contributes to global warming.

As a way to reduce all this pollution caused by conventional cars, car manufacturers have started to implement electric technology and we are now starting to experience the rise of the electric car.

However, electric cars aren’t actually that new, in fact, they have been around for as long as combustion cars, a strangely obscure fact that most people forget.

The first-ever ‘milk trucks’ were electric and they date back to the 1910s. Of course, we cannot really compare those first milk trucks to current electric cars, as they were painfully slow and had an incredibly low range of about 50 miles, a far cry from today’s technology.

An early version of the electric milk truck [Wikimedia Commons]

So, why did manufacturers not continue to develop electric car technology since their inception and instead opt for combustion engines up till now, over 100 years later?

There are a multitude of reasons, some justifiable, some economic. First of all, electric cars always had one major issue compared to their combustion-engined brothers, they lacked range, in fact, electric cars had such poor range that they just were not economically viable. The second main reason is the time to charge.

Nowadays with more advanced technologies, the charging times of electric cars such as Tesla’s are rapidly reducing and you can fill up 80% of the car’s range in just 20 minutes, which sounds great compared to the hours it used to take. This is still nowhere near the five minutes it takes to fill up a conventional petrol car, and that is what is most likely to deter most potential buyers, amongst other reasons as well

Most people simply don’t have the time to charge their cars for so long. Even if there were Supercharger stations all over, it still wouldn’t be enough, since waiting 20 minutes for a charge doesn’t fit in the schedule of most people living in metropolitan areas, which is where electric cars come into their own.

But even when we put all the science and facts aside, there is still one more issue working against electric cars, and that is, of course, the fossil fuel industry.

Currently still the most powerful industry in the world confirmed by the Guardian, who reported that one of the Saudi oil companies has been named the most profitable business in the world by a large margin, some would speculate that they pretty much get to decide what gets produced and what doesn’t, all in the effort of protecting the use of fossil fuels, therefore electric cars are bad news for the fossil fuel industry, an industry which surely isn’t going to help with the development of electric technology.

However, against these odds and for the sake of the environment, electric cars have made a major comeback in the last decade, and it seems they are here to stay.

Brands like Tesla have started this revolution of the electric car, simply because they managed to produce electric cars that are just as good, if not even better than combustion cars. 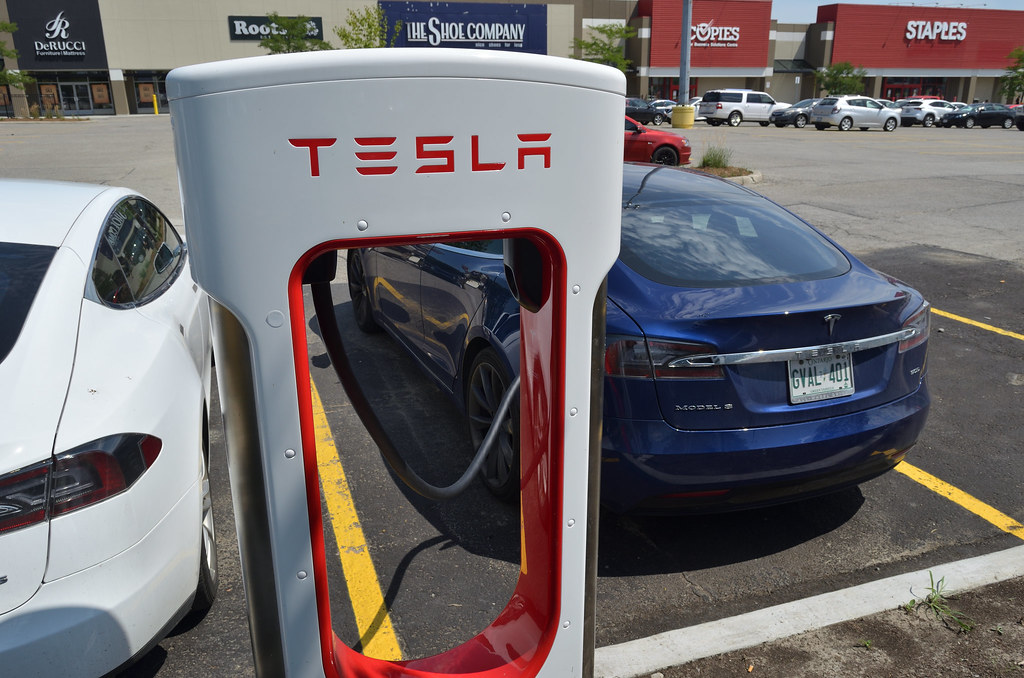 Specs like range have been improved to the point that its almost not an issue anymore, Teslas newest models such as the Model S have a range of up to 350 miles, which is more than enough for most people, and on par with the range of a normal car with a tankful of petrol.

With their huge network of Tesla superchargers around the world, its actually possible to go on a road trip with your Tesla and not have to stop for three hours to charge the car since superchargers available can charge up the car in just 20 minutes.

But there is a new threat to the existence of electric cars, the entire idea of an electric car to most people is to pollute less as it produces fewer emissions. However, it has been recently discovered that they are actually still polluters – the batteries required to power these cars last about 10 years, so what happens when they are replaced? Can they be recycled? Do they harm the environment? And most importantly, could they be sustainable if they were as common as petrol cars?

“It is clear we would need to increase the production of electricity, significantly extend the charging network, modify the electrical grid etc in order to get even to 10% all-electrical cars on the road,” said Yaroslav Filinchuk, professor of chemistry at the University of Louvain La Neuve. He also points out the potential for pollution from the cobalt used in batteries, which is produced in Africa, usually by child miners, and the limited sources of other elements such as lithium.

These batteries are composed of a variety of chemicals and minerals, the minerals are not a renewable source as they have to be mined and the earth does not have an unlimited number of them. The chemicals are extremely toxic to the environment when they decompose and destroy the soil in which they are dumped in.

So if only a minority of people owned electric cars, we could get a significant reduction in pollution. However, that’s not the objective of many of the companies producing electric cars, the idea is to slowly shift to electric cars until eventually there are only electric cars, and that’s when the danger arises. As Filinchuk puts it, we don’t even have the resources or the technology to even sustain 10% of electric cars.

Given the circumstances, a future with electric cars may seems further away than we thought. However, there are many companies and startups aiming to change that, creating new kinds of batteries using different more eco-friendly resources such as potassium batteries.

It is still a work in progress though, and it will be a while until we see electric cars that are truly sustainable, but we can rest assured that electric is a step in the right direction.