For many of us, cities are a force against nature, keeping out the green in favour of the grey.

However, across the world, there are many animals who are not just adapting but thriving in and around the concrete jungle. In London we are used to seeing ratty foxes and dirty pigeons on our streets, two animals that evolved from life in the countryside but now find plenty of food to eat straight off the pavement.

One creature, that you might not be aware of, gracing the skies above us is the Peregrine falcon. London has the second largest urban population of the birds globally, beaten only by New York, and quite a lot is done to accommodate them.

Battersea Power Station has spent more than £100,000 on taking care of the pair that nest there and a specially built habitat has been installed on top of the Cheesegrater building in the city. 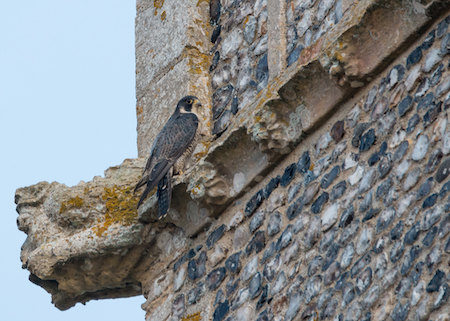 The birds have adapted, using tall buildings to their advantage [Mibby23]

However, the reception that these 200mph birds received wasn’t always so nice. During the war, the Ministry of Defence had a programme in place to shoot them. The reason being that the falcon’s favourite food happened to be an integral part of the war effort, with the military relying on messenger pigeons to communicate with the front lines.

Over the remainder of the 20th century, habitat loss and the prescience of chemicals such as DDT in the air meant that peregrine flacons were thought to be extinct in London. Their recovery has been slow but their numbers have grown year on year; from only two pairs in 2001 to more than 30 recorded in 2014.

But what about at ground level, and below? Beneath the streets and into the dark and dusty world of the Tube. There’s one very small inhabitant, but probably not the one you’re thinking of. First reported by Londoners taking shelter during the Blitz, are the Undergrounds’ own, genetically distinct, mosquitos.

After construction finished and the tunnels were sealed, the insects were separated from their friends on the surface. This led to a noticeable change in their genes and behaviour. One of which is that these mosquitos like to feed on human blood, distinct behaviour from their closest relation above ground that feed on birds and other small creatures.

Across the pond, someone new has been seen taking up residence in the Big Apple: coyotes. Much larger than the red foxes we are used to here in the UK, the animals have been increasing in numbers across many parts of New York City (NYC). Research shows that there have been six times as many of them spotted this year compared to 2017.

The aggression of the coyotes is proving problematic to the residents of NYC, with cases reported of people being charged at or stalked by them, usually when out walking their dogs. In June 2018, a mother and her infant son were attacked by a coyote and saved by an off-duty police officer. 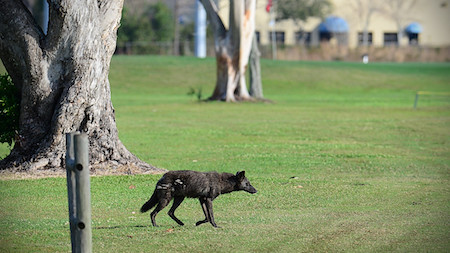 Coyotes have also had a noticeable change in their behaviour over the past 100 years. The main area in which they used to be found was the American plains; here they had wide open spaces to roam. In that sense, they would seem to be ill-suited for life in a city but, in truth, their territory has been expanding massively. It now encompasses basically all of the contiguous USA, and there are a few reasons that we have seen this change.

One of the big reasons is that at the start of the last century, the American government began a programme to help one of the coyotes’ direct competitors in the animal kingdom, grey wolves. This, in turn, has led to their expansion into areas that would otherwise have been dangerous for them, such as the north of the country.

Another factor in their success is their ability to eat almost anything, just like our red fox, from small mammals to fruit or vegetables and, of course, rubbish. So far they are seen as a novelty in New York, but they are getting a foothold in an increasing number of cities. Perhaps, in the not so distant future, they could become a common sight and more of a problem.

On the other side of the world in Mumbai, India’s second largest city, residents are sharing their streets with a much more dangerous animal: the leopard. Having taken up residence in the city’s Sanjay Gandhi National Park, they are highly concentrated in this small area, much more so than they would be in the wild. With an average of 22 animals per square kilometre, this is double what is normally seen in their natural forest habitat.

In the early 2000s, a crisis erupted in the city with a large number of leopard attacks taking place; children were killed and adults were maimed. The human residents, naturally, were very angry and demanded that the authorities remove every leopard from the city. This led to more than 30 of the animals being captured and released into nature reserves away from civilisation. 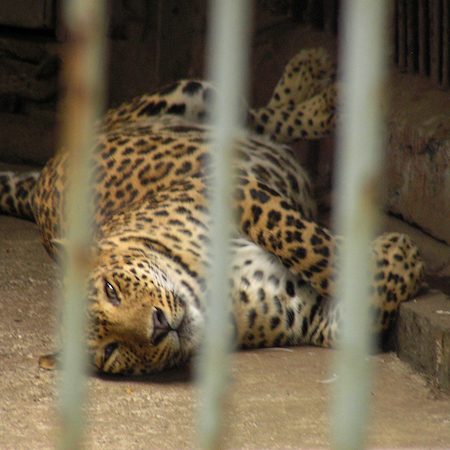 But now, they are back and seemingly with a different attitude. Nothing on the ground has changed to facilitate this, no walls built around the park or streets cleaned up, and yet attacks from the leopards have reduced significantly. When examined, it was found that around 40% of the average leopard’s diet consisted of stray dogs. This is significant in Mumbai as there is a large population of strays, estimated to be more than 95,000, and many of them have rabies.

Almost 75,000 stray dog bites are recorded annually in Mumbai and statistics show that the instances of these attacks are lower around the parks which the leopards call home. It is estimated that they save the city around $18,000 (£13,870) a year that would otherwise be spent on dealing with the dogs.

Without a doubt, people will live in caution of these big cats and across the globe, there are many examples of nature finding a foothold and moving into man’s world.

With our destruction of their habitats and pollution rampant, perhaps seeing these furry friends in amongst our homes might, hopefully, make us all think about theirs.