In 2017, British Vogue appointed their first male editor, Edward Enninful, and fashion devotees were excited to see how he would transform the issues to reflect his ‘outspoken’ views of society and fashion.

Enninful has a history of creating beautiful, timely and sometimes scandalous images – his work is considered to be successful in attracting younger audiences while shaking up mainstream images. The chief executive of Condé Nast described Enninful’s recent work at Italian Vogue as accomplishing “landmark status in recent cultural history.”

In 1998, Enninful joined Italian Vogue, where he stayed until 2011. In 2008, he was a part of one of Vogue’s best-selling issues, the first-ever ‘black issue’ which featured only black models. The issue was so successful, Italian Vogue printed an extra 60,000 copies.

His career began when, as a 16-year-old, he was approached by influential fashion stylist, Simon Foxton as he was taking the tube to school. Foxton asked if he ever considered modelling, and introduced Edward to the world of fashion, a world in which he is now a kingpin. 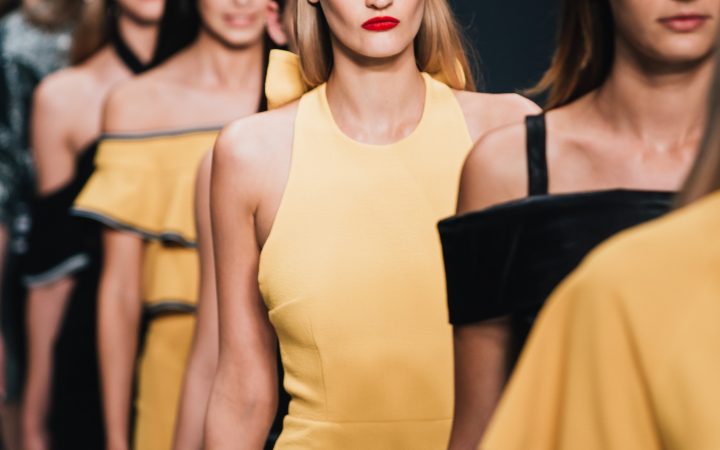 Speaking to the Evening Standard, Foxton said: “He was a very good-looking young man. The story has become quite apocryphal. I stopped him on the Tube as I was a scout for non-agency models. I asked him to model and he was interested but needed to ask his mum.

“She was more unsure. I don’t remember him having a burning ambition to get into fashion – I remember him wanting to go into law. He did a couple of shoots and saw what was possible.”

At the age of 18, Enninful quit his arts degree at Goldsmiths, part of the University of London, to become a fashion editor at i-D magazine. His highly requested talents saw him move to Italian Vogue in 1998, then W magazine in 2011, which led to his most recent appointment as editor of British Vogue.

During his time at W magazine, Enninful was behind a powerful campaign named ‘I Am An Immigrant’, which was a direct response to President Donald Trump’s anti-Muslim travel ban, which is an indication of the positive direction he could lead British Vogue.

Enninful’s work has always been trademarked as outspoken due to his ability to address issues that are regarded as taboo in the fashion industry. He is Vogue‘s first male editor and he represents the magazine’s desire to resolve past scrutiny on their lack of diversity and inclusivity.

Alexander Shulman was British Vogue‘s editor for 25 years; she came from a background in the theatre – a daughter of a theatre critic for The Evening Standard, her past work includes the Sunday Telegraph and GQ, before joining Vogue in 1992. However, her work had caused concerns as her reign only starred two black models on British Vogue‘s covers: Naomi Campbell in 2002 and Jourdan Dunn in 2015.

“it is hard for black girls, a lot do give up because if you don’t have an agency who is going to push you, you are just there doing nothing and having to deal with all the rejection.”

When asking how he felt about taking over Shulman’s role in 2017, Enninful said, “I am so honoured and humbled to be taking up the mantle of editor, “he said in an interview with British Vogue.

“I realise I am stepping into the shoes of a hugely respected editor in the shape of Alexandra Shulman, someone who has chosen to leave at the top of their game with a legacy of 25 years of success.”

As someone who had worked in fashion for over three decades, Enninful is well connected, legendary acquaintances include Naomi Campbell who attended Buckingham Palace with him as he received an OBE for his services to diversity in fashion.

Campbell and Kate Moss then revealed that they hosted an after-party to celebrate the occasion, with guests as high profile as Madonna. His recent Instagram posts include him with the likes of Dame Joan Collins, Bella Hadid and infamous Italian fashion designer, Riccardo Tisci.

He has been a powerful ally in the fight for the recognition of black models, which has been formally recognised and appreciated with an OBE.

“We need more diversity, from schools to internships to mentorships. That’s what I try to do. It’s very easy to say, ‘Oh, there’s one black model in a show and one black or Asian model in an advertising photograph, so we’ve filled the quota.’ No, it should be a continuous conversation. It shouldn’t even be an issue as far as I’m concerned. Beauty is beauty,” Enninful says.

An article on Fashion Spot reported that diversity on 51 covers from the leading global, national and independent fashion magazines had improved considerably between 2017 and 2018. 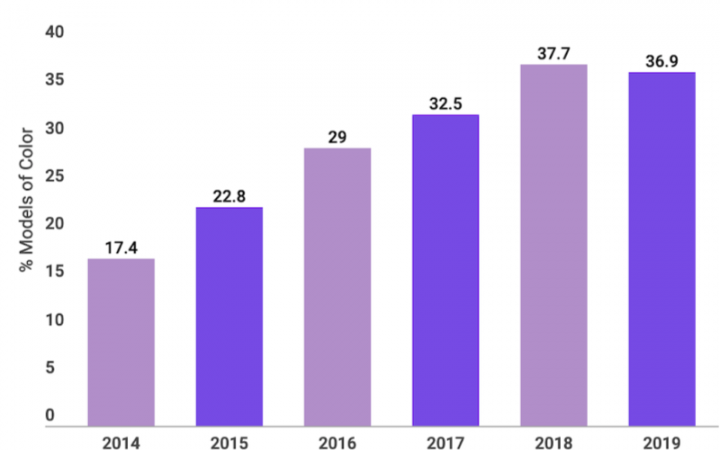 The Fashion Spot article also takes a moment to recognise the work of Enninful during his two-year reign at British Vogue, suggesting that his work would improve diversity in fashion magazines. “We’d like to take a minute to spotlight Vogue UK and ELLE US. Led by Edward Enninful and Nina Garcia, respectively, the two publications featured better across-the-board diversity than most. Before 2017, Vogue UK went 14 years with only six non-white solo cover stars; this year it hired 16 out of 28 non-white women, not to mention its first (publicly) transgender cover star.”

The first Vogue cover produced by Enninful in December 2017, signalled that he would be making political statements, not only fashion statements. The cover features a mixed-race model and activist Adwoa Aboah, who won Industry Choice Model of the year by the British Fashion Awards in 2017. She also controls the popular online platform, Gurls Talk, which is a clear indication that Enninful intends to continue making a change towards diversity in fashion.

The cover is reminiscent to the January 1971 Italian by the photographer Chris van Wangenheim, which featured Donna Jordan, also known as ‘Disco Marylin’, for her iconic bleached blonde hair and glossy red lips.

At the time of his appointment, Enninful was immediately faced with the difficult task of increasing sales. In August 2017, British Vogue experienced a 3% drop in sales. Around the same time, Condé Nast Britain announced that they were cutting the publication of Glamour magazine to two issues per year, as well as merging its editorial and commercial operations.

However, a report published by Companies House, reveals that “Edward Enninful has helped swing Condé Nast back into profit in 2018.” Following a loss of £13.5m in 2017, they gained a pre-tax profit of £2.7m in 2018. Condé Nast, who are also publishers of GQ and Vanity Fair put its increase in profit down to “strong digital revenue and traffic growth across its online brands, particularly at British Vogue under Edward Enninful.”

Another prominent achievement Enninful has accomplished is The Duchess of Sussex becoming the first person to edit the September Issue of British Vogue, which highlighted the work of 15 instrumental women of change. They are women that the Duchess ‘admires’, coming from worlds of politics, sports, Hollywood, activism and more.

Enninful expressed how ‘honoured’ he felt to have The Duchess of Sussex guest-edit the September issue, which was titled ‘Forces for Change’: “As you will see from her selections throughout this magazine, she is also willing to wade into more complex and nuanced areas, whether they concern female empowerment, mental health, race or privilege.”

The 15 women covered on the issue were:

In an Instagram post shared by The Duke and Duchess of Sussex’s account, the Duchess said that being the guest editor of the issue over the seven months had been a “rewarding, educational and inspirational” experience: “To deep dive into this process, working quietly behind the scenes for so many months, I am happy to now be able to share what we have created.”

“To have the country’s most influential beacon of change guest edit British Vogue at this time has been an honour, a pleasure and a wonderful surprise,”

“A huge thanks to all of the friends who supported me in this endeavour, lending their time and energy to help within these pages and on the cover. Thank you for saying ‘Yes!’ – and to Edward, thank you for this wonderful opportunity,” the post added.

Enninful’s work so far at British Vogue has shown that the attitude shift in fashion has begun, and a lack of diversity in fashion shows and magazines is now becoming more unacceptable.

Nonetheless, Edward Enninful’s work is seeming to be far from complete with British Vogue and is sure to increase diversity in fashion and highlight further disputes in society.