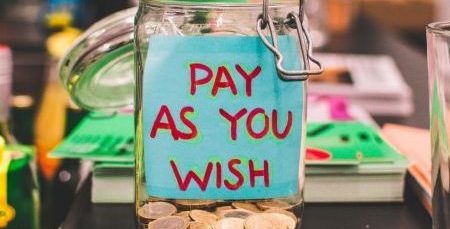 UAL student Sasha* spent her university years, like most students, in a steady part-time job. But, rather than the usual student jobs, she was a sugar baby. Wearing a bright pink, plush Chanel bag, the 22 year-old described her earnings as “the easiest £600 ever made” but went on to say that it is not always so simple.

Her unusual career venture began when she found herself unable to pay rent while in her first year of university and as she was not entitled to student finance due to her immigration status, she needed a fast and ‘safe’ method of making money.

A sugar baby is someone who accepts gifts and other forms of material goods in exchange for an intimate and sometimes platonic relationship with a typically older man or woman.

According to the website Seeking Arrangements, there are now approximately 500,000 UK students on its site. With universities now charging up to £9,250 in tuition fees and the security of the EU dubious, it is now increasingly common for students to seek sugar daddies as a way to make easy money. 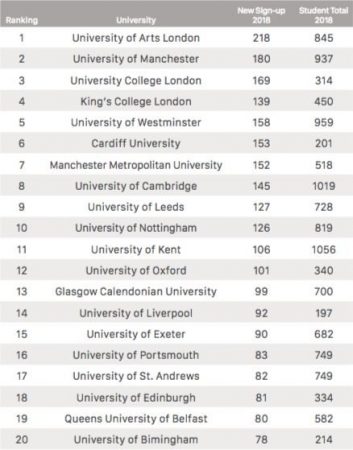 Sites such as Seeking Arrangements have made access to potential sugar daddies (and their funds) even easier. The site is free to use and signing up with a university e-mail enables users to unlock a free upgrade on their site. The website now has more than 20 million users worldwide.

Brandon Wade, who founded the site in 2006, says that young people and students alike are increasingly using the site: “With little regard from the institutions of the student’s inability to pay increasing tuition and living costs in the UK, university students are being forced to find alternative methods to fund their educations.

“Young people understand the importance of a degree and want to achieve their educational goals, but they can no longer depend on traditional means to get through school.”

Wade is constantly faced with tough scrutiny from users and onlookers of the site who argue that the work these young women (and sometimes men) partake in allows individuals to become reliant on the site for quick disposable money.

“Once I paid off all my debts, I had a large amount of money to spare as my allowance continued to increase. I began spending my entire allowance in the first week, which made me more dependent on the site and the men,” Sacha explained. “The men [sugar daddies] were also aware of this and persisted to keep you by increasing your allowance gradually, making my financial status incredibly comforting.”

The average sugar daddy is 47 years-old and has an average salary of £170,000 whilst the average sugar baby can expect to make around £27,000 a year from the site alone. Allowances can range from anything between £500 and £4,000 per month and depending on the sexual nature of the relationship, they typically increase over time.

An avid user of the site is 32-year-old Justin*, a real estate agent who pays young women to fly around the world with him. He says that finding love on the site is not hard and that he has even found a relationship amidst payments: “It is often compared to escorting, which is a fabrication, payments are not only made in exchange for a sexual encounter.

“We are allowed to get to know each other and build a friendship or relationship from it. Just because it does not follow conservative rules doesn’t mean it cannot occur.” Justin once spent £800 on a plane ticket for a young woman to meet him and spend time with him in Dubai, which is a natural reoccurrence for his £210,000 annual salary.

“The site provides comfort for those who are lonely, rich and able to help students or any individual struggling with money,” Wade said in an interview with CNN in 2014. However, despite the possibility of romance, he said that his opinion on love was that “love is a concept created by poor people.”

“I became more dependent on the site and the men.”

Currently, a new concept causing a stir is the idea of a ‘findom’. Findom, short for financial domination, is a fetish built on power. It is a non-physical interaction where power and dominance are only in the financial transaction.

Men with ‘findoms’ obtain satisfaction from the sense that they are being submissive to a woman but financially powerful enough to source her needs.

However, beneath the large sums of cash and lavish lifestyle, there is a dark side. Sasha explains that she never goes on a date without a pair of scissors in her bag for “peace of mind and protection.” Fortunately, she has never fallen victim to any abuse from her dates but is aware that it is far from uncommon.

The lucrative nature of the profession and the young age of some individuals allows instances such as grooming to be much easier to fall victim to. This is sometimes due to the sense of ownership that sugar daddies/mummies have over their companions.

Operations director of Save the Student, Jake Butler, states that it is increasingly common for students to turn to sugar daddies for financial security in university: “Whilst some see this as a legitimate line of work, as an organisation our worry is that students are being forced into seeking ways of making money they wouldn’t have if they were financially comfortable.

“We don’t offer support directly but are constantly campaigning for the government to increase the student maintenance loan, so students aren’t left short at the end of each month. I would advise any student to speak to their university about available funding and support before considering signing up to something they may not feel comfortable with.”