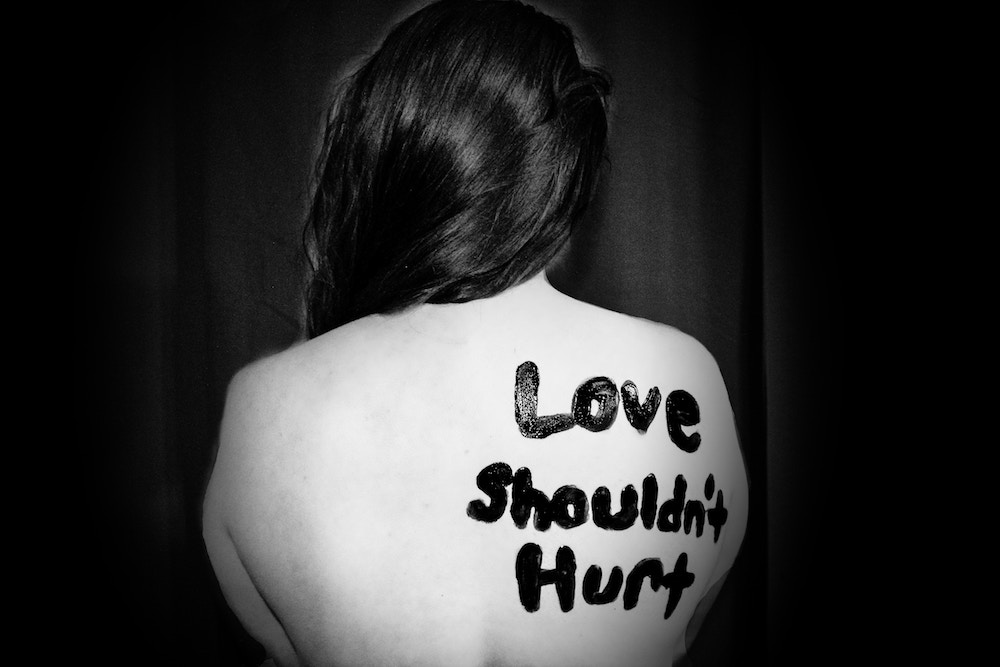 A large percentage of homeless women and men have been, or continue to be, victims of domestic abuse – both emotional and physical.

According to the Ministry of Housing, Communities and Local Government, 6,850 people were recognised as homeless due to a ‘violent relationship breakdown’ in England in 2017. This represents 12% of all registered homeless cases, an under-representation in itself for several reasons.

Authorities believe many victims choose not to report domestic abuse or are lost into the large and uncounted category of ‘hidden homelessness’ – this includes squatting, sofa-surfing or even sleeping out of direct view.

The research is a devastating glimpse into the emotional hurdles facing individuals with complex needs. Front line work by leading charities including Crisis and Shelter have long established the link between those fleeing an abusive partner or family situation and homelessness, yet a serious lack of specialised psychological help is in place.

Left with the emotional scars of an abusive home situation, individuals (who are commonly young) are left to pick up the pieces while lacking a strong support network.

Although a person “fleeing violence or threats of violence” qualifies a person as “priority need” according to the 1996 Housing Act, this does not extend to finding permanent housing.

Overcrowding of homeless shelters, particularly in large UK cities, also leaves many individuals with various mental health and trauma-related struggles on waiting lists to enter refuges. Pregnant women, older people and former veterans are just some of the people given first access to shelters.

For those with an unstable support network, the choice between returning to the perpetrator and rough-sleeping can be the only available one. LGBTQ+ and female victims are at particular danger of further abuse and exploitation on the streets, while trans and gay men and women face a high risk of hate crime.

A 2016 survey by Crisis revealed that 77% of former or current rough sleepers were at the receiving end of anti-social behaviour.

LGBTQ+ and female-identifying rough-sleepers face a myriad of dangers on the streets. [Flickr: Nate Bolt]

19 year old Martha* failed to gain a room the night she fled her violent boyfriend. She describes the two days she slept on the streets as terrifying: “I consider myself pretty tough but rough-sleeping is something that brought me to a real low. Because I couldn’t get a bed and I was scared to go home, I basically kept moving for two days straight, which in London feels really sinister. I think that’s why you see fewer girls on the street – you have to stay on foot for hours and hours or you start getting bothered.”

Martha’s parents were physically and emotionally abusive during her childhood and at 17 she left the family home to move in with her boyfriend. Soon after, he became violent and Martha found herself without any real support network. “I was really stuck then because I couldn’t go home and there were eight months of dealing with the beatings. I was too ashamed to tell my friends everything, she tells us.

“One night he’d come home late and been really rude to my friend while she was round. So we got into a fight and he pushed me down the stairs then beat me unconscious with a chair leg. I woke up the next morning on the floor. Similar stuff happened for a month before I decided I had to get out. I couldn’t live like that anymore. I was coming into work with massive bruises and cuts.”

Martha stayed in a shelter for a week, but left when it became clear that the wait for temporary housing would be a minimum of six months she left to stay with a friend. She now sofa-surfs as she awaits a room in a temporary house. She has never received therapy for the trauma she’s undergone.

“I couldn’t stay long, I’d have gone crazy. People do their best but without any friends there, I started to get so lonely and depressed and really paranoid. I think it stems from the stuff with my boyfriend because I find it hard to trust people and start to get it in my head they’re all against me. I don’t know though, because I’ve never had counselling or anything. I’d rather sofa-surf and have someone to talk to.”

“The point of separation with perpetrators is a time when individuals are most at risk of violence.”

One of the major hurdles in finding housing, temporary or other can be the Vulnerability Test, which Martha initially did not have the materials for. Currently, a person must prove that they are significantly more in danger than a person deemed ‘ordinary’ to gain access to shelter and housing. This test usually requires evidence of abuse, mental health issues and finding this – for example, obtaining a police report – can be a triggering and re-traumatising experience.

Overall, there is a serious discrepancy between the proportion of people homeless due to domestic abuse and the number allocated priority need for housing. The Crime Survey for England and Wales revealed that as of March 2018, two million adults aged 16 to 59 years old had experienced domestic abuse; 1.3 million women and 695,000 men in total.

Since 2017, there has also been a 23% increase in reported crimes. However, there is also no official count for the number of people who experience domestic abuse across the whole of the UK.

At present, insight into behaviours and help strategy is tailored by the experience of male rough sleepers, who are typically easier to identify on the streets than women; women often fall into the ‘hidden homelessness’ category. This sweeping approach to individuals leaves numerous ignored and without sufficient aid.

LGBTQ+ young people make up 24% of the entire young homeless population, with many forced out of homes because of discrimination. There are only a few operational housing and shelter services for LGBTQ+ people and no specific domestic abuse survivor groups.

Tom*, aged 20, was in a physically abusive relationship for three years, during which time neighbours called police on his boyfriend several times: “I was so deep into it that when the police would arrive, I’d just defend him. I’d always refuse to press charges if we were taken in. When you’re in the thick of it and he’s your world and he tells you how much he loves you, you’re so brainwashed.” 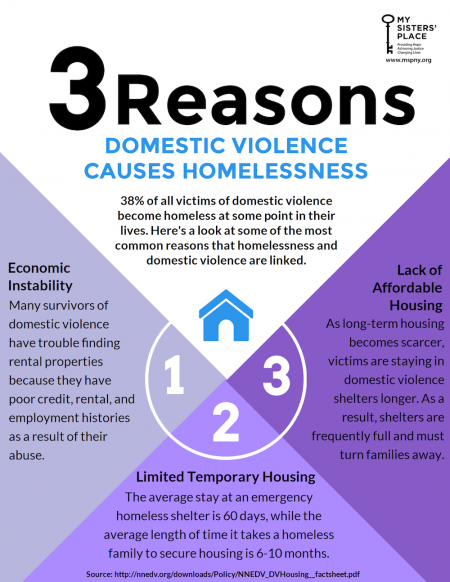 Tom found refuge at a homeless shelter near his home but experienced homophobia whilst awaiting permanent housing: “As soon as I arrived these certain two guys had it in for me. They’d spit at me and call me names. A lot of them in there had alcohol and drug problems and I’m this skinny little 5ft 5″, 19 year-old who can’t fight to save his life. We were all packed in so all these issues sometimes bounced off each other. Everything felt completely hopeless.”

Tom was kicked out of his family home when he was 17 due to his sexuality. “She’d made it clear that I couldn’t live with her and be gay and I didn’t trust myself not to go back to him,” he tells us. “I’d literally pack a backpack the night before, then waited for him to go to work and run out the door of his tiny flat. I also didn’t even know LGBT centres even existed so I stayed for a while and just got increasingly more depressed.”

After reporting the abuse, Tom was recommended for a space at Stonewall Housing, a temporary housing space run by the charity of the same name. He stayed for four months before he was moved to shared accommodation with individuals he’d met at the space. This is one of just a few specialist schemes operating in the UK.

For Tom, the process marked a turning point for him: “I count myself as one of the lucky ones. I was so lucky that I built a friendship with one of the staff members at the first shelter I stayed; it was him who got me moved to my next place,” he says.

“I know if it wasn’t for these people being so caring that I wouldn’t be where I am now. I was so fragile and influenceable at the time. I know others my age who’ve faced this really faceless system and ended up in a bad way.”

The point of separation with perpetrators is a time when individuals are most at risk of violence, particularly if they fail to find space in a shelter. The risk of sleeping on the streets can lead to individuals returning to the perpetrator. Two women are killed each week by a current or ex-partner, with some even being killed within the first year they have left an abuser.

Debra Ives, Director of Operations at Evolve Housing has 15 years experience in the sector and agrees that a change must be made: “In recent years there has been a reduction in funding and availability of women-only and domestic violence services, meaning vulnerable people drift into the mainstream homelessness pathway.

“Evolve has recognised there is a vital need for an increase in psychological support for the homeless people in their services. Often those who have suffered relationship abuse have experienced other trauma at an early stage of their life.”

Evolve run an in-house counselling service and employ wellbeing practitioners who can support people with complex trauma and mental health needs. The house’s focus is preparing residents for positive independence following their stay.

Stories like Tom’s prove that specialist schemes and an empathic approach can save vulnerable individuals from further abuse and help address the many mental health struggles that victims experience.

For so many trapped in the mainstream homeless system or awaiting housing, a lack of real emotional help and simple empathy can have devastating effects. Making help available a kinder, more compassionate experience is integral to save vulnerable individuals from abuse.