They say your wedding day will be one of the most important days of your life, a day you will cherish forever, some have dreamt of the day since they were a child. However, it has had an auspicious place in Albanian culture for centuries.

Traditions have stayed the same for centuries, practically engraved in Albanian culture. From the very moment of the proposal and everything in between, up until the wedding day, it is non-stop celebrations.

For an Albanian bride, the wedding day is particularly significant, it means that they are turning into a woman and that they are ready to leave their family home, leaving their father’s household to their husband’s.

Why weddings are so important to Albanian brides is because for the majority of their life they follow a strict upbringing from parents who follow a regime that was closely followed during the dictatorship of Enver Hoxha. The idea of finally starting to become independent of their family is thrilling for the bride, finally doing something that they desire.

For those who still follow the traditional route, brides tend to marry young, between 16 and 22 years old, with some marriages the parents play a part in helping find a partner to ensure their daughter marries into a ‘good family’. Not your typical love story, this has, however, been the case in Albania for many years.

The wedding is not just the celebration of two people but rather a celebration of two families being extended. Filled with happiness, laughter and fun. The engagement is just as special as the upcoming big day. They are just as deeply cultural and use traditions laid down centuries before, this adds more value and makes it extra special. 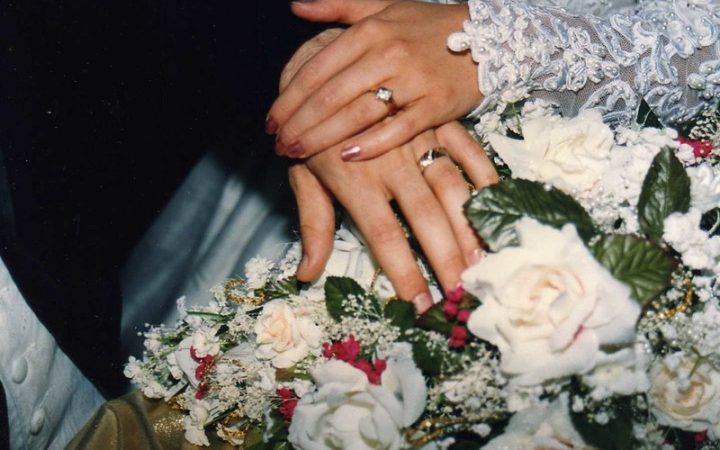 Angela Nuhija a 21-year-old student from Tirana, recently became engaged and is in full preparation for her wedding in summer 2020. Both she and her fiancé are traditional Albanians and are following in the footsteps of their parents. The engagement is just as grand as the wedding, it is a reminder of how beautiful and special marriage is, an expression of love.

Angela goes on to explain her engagement process in her home town Tirana. “The process for me consisted of waking up at 5:00 am and beginning to get ready with hair and make-up once that was done I then have to go to the house my dad was raised in. On my arrival, my grandmother is the first to greet me with 25 of my closest relatives. At around 9:00 am my fiancé arrived with around 20 of his closest family members.”

Another tradition in Albanian culture is the integration of the two families at the engagement party the bride has more family members compared to her fiancé. This is because it is seen as the moment where the groom is taking the bride away which will be a sad moment for the bride’s family.

“When my fiancé and his family arrive they go into the front room and start getting to know my family members, however, I am not allowed to go in the room until my fiancé has asked my father’s permission for marriage in front of everyone,” Angela says.

“Everyone eats traditional sweets which is a metaphor to make sure we have a ‘sweet marriage’. After a couple of conversations, I walk in with a plate of Turkish delights making sure everyone has a piece, finishing with my fiancé.”

“Once the rings are exchanged and pictures have been taken my fiancé and his family leave, the funny part is roughly 20 minutes later. Me and my family go over to my fiancé’s family home and repeat the whole process again as if it never happened.

“In the evening we rent a restaurant to continue the celebrations and that’s when roughly 100 members of our family and friends attend and join in with the celebrations. Unfortunately, when it comes to the end of the evening I am still not allowed to go back with my fiancé as that can only happen when I am officially married.”

The engagement celebration is just part one of the marriage, it allows everyone involved to feel the emotion of the event as two people are not just coming together but bringing two families and villages together to watch their loved ones continuing to grow and keep traditions that have been around for centuries to follow.

The wedding. A whirlwind of a week. Yes, weddings in Albania are one week long and have been for centuries. Epic in grandeur with stunning dresses being worn every day with perfectly flowed hair and make-up done with so much care that you look as good as a Hollywood star. 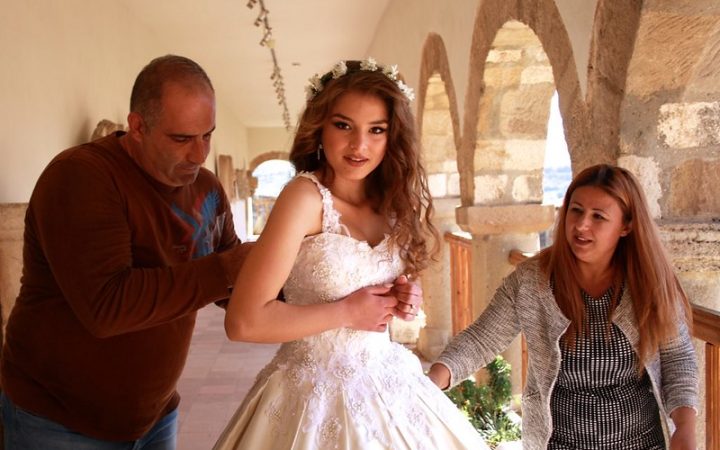 A bride preparing for her wedding [Flickr:Simon Madison]

From Monday to Thursday the bride is on a mission to make sure she gets the best hairstylist, the best dresses and the best makeup to ultimately have the best wedding. All attention directed to the bride, so every part of the wedding must be perfect.

There is no doubt both families invest a lot of money into the wedding they want to represent their area of the country hosts the best and are the best. Constant parties and laughter of family members throughout the week.

The big day is here, Friday, the early start of 5:00 am to make sure you look and feel your best has begun. Not only does the bride put in a lot of effort but every single female attending the wedding makes sure that she too is dressed to perfection.

Once the last clip is placed on the hair and the final touches are done, Geralda Yzeraj steps into her limousine, with at least four other limousines trailing behind her blasting music through their speakers, until her big reveal. “The excitement is indescribable I never want this moment to end,” Geralda tells us with a smile that has stuck with her all week. 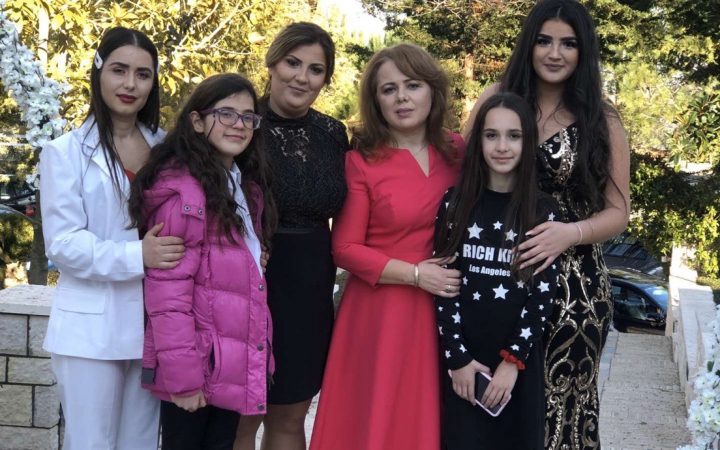 After the hours of dancing, eating, singing and enough photos taken to keep your Instagram active for the week the ceremony is over with. Which leads us to Saturday. This day the bride, Geralda, would sit in her front room surrounded by her family members who would sing traditional Albanian folk music.

As well as that, the grandma or the oldest in the room, would throw salt over Geralda and put honey on her forehead. These traditions are done in order to ensure her marriage is filled with luck and fortune.

When everyone sings the bride is usually expected to cry, and Geralda explains that “the tears do come naturally I always thought I would have had to fake cry, but you realise that this is the time I leave my family and start a family of my own.”

Spending quality time is important, the brides respect their family for all they have done in raising them, leaving the family home for the first time is also nerve-wracking, with so many thoughts and emotions being swung at them, no wonder they shed a few tears.

The final day of the rollercoaster week, Geralda is up at 5:00 am another final glam session awaiting her husband to come and pick her up to finally be together.

Her husband has to arrive before noon, as it is bad luck if it is afternoon, he arrives with 20 of his closest family members in the fanciest cars and outfits with gunshots being ringing to signify his arrival. With one final celebration done in his family home with another round of singing and dancing to officially welcome Geralda into the family.

So after a long week of constant photos, singing and celebrating the attention finally moves on from you to another bride. In the summer the streets of Albania are filled with couples eagerly working through celebration after celebration. Weddings may just be one of the most significant icons in Albanian culture.

By Sophie Patrick
6 Mins read
An in-depth look at the 117th National Western Stock Show in Denver, Colorado, and at what makes this once-a-year event so special.
Health

By Rella Jefferies
5 Mins read
Processing traumatic memories using medication is no longer an idea restricted to the realm of science fiction.
News

By Taysan Ali-Osman
5 Mins read
The story of two students who have been struggling due to the cost of living crisis.