It’s the perfect remedy to cruise across the Caribbean Sea ion board the Marella Celebration to help get rid of any winter blues.

What’s better in mid-November than island tours going from port to port across some of the most stunning Caribbean islands?

They each are known for different things like rum, spices and beaches, but they all have culture and unity as the heart and core of island life.

Many of the islands although small are still perfect tourist spots for holidayers looking for a quiet getaway or those wanting to seek some island adventures. 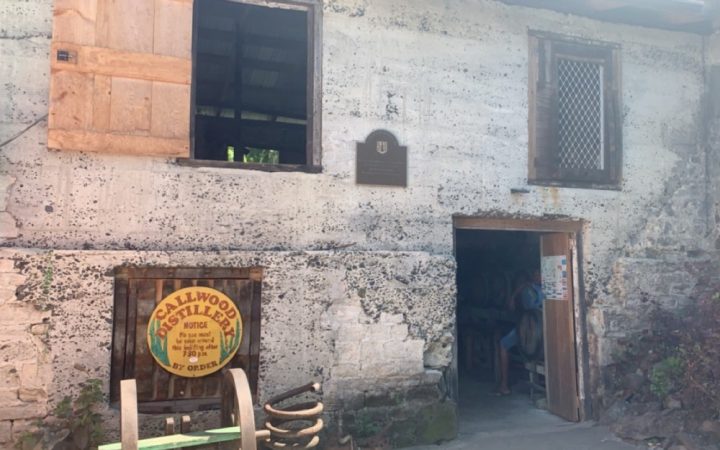 First stop: the British Virgin Islands. We were greeted with a beaming sun and blue skies and a tour of the island was a perfect fit for those that want to experience a little bit of everything.

The best tour guide is to get a local like Carl Lewis who knew the best spots to promote the island and make it memorable, from growing up on the Island and touring people around his home for the past few years he was more than experienced to take us around.

He dropped us off at the family run ‘Callwood’ rum distillery which is over 400 years old and still makes rum in a traditional Caribbean way made with sugar cane in bourbon barrels. This experience offered rum tasting for as little at $5 (£3.85) followed by a short walk to the beach full of soft white sand a great way to kickstart a holiday and a cruise around the islands.

After another night at sea, which takes some getting used to, our ship arrived in the harbour of Grenada, also known as the island of ‘spice’.

Stepping off the boat into the port you could tell where the island got its nickname as fragrant smells of various spices lingered in the air, scents of nutmeg, cinnamon, cocoa and vanilla are only a few of what the locals grow and sell.

On this island, you get to meet your tour guide Ronnie Thomas, who drove us through the dense and thick rainforest that surrounds the cities all over the island and stopped in the north of the island at a place called the Sulphur Springs.

A top experience on the island known for its healing and purifying factors, a spa day at the River Sallee is the perfect remedy after days on a cruise ship; the massage leaves your skin soft and sparkling. 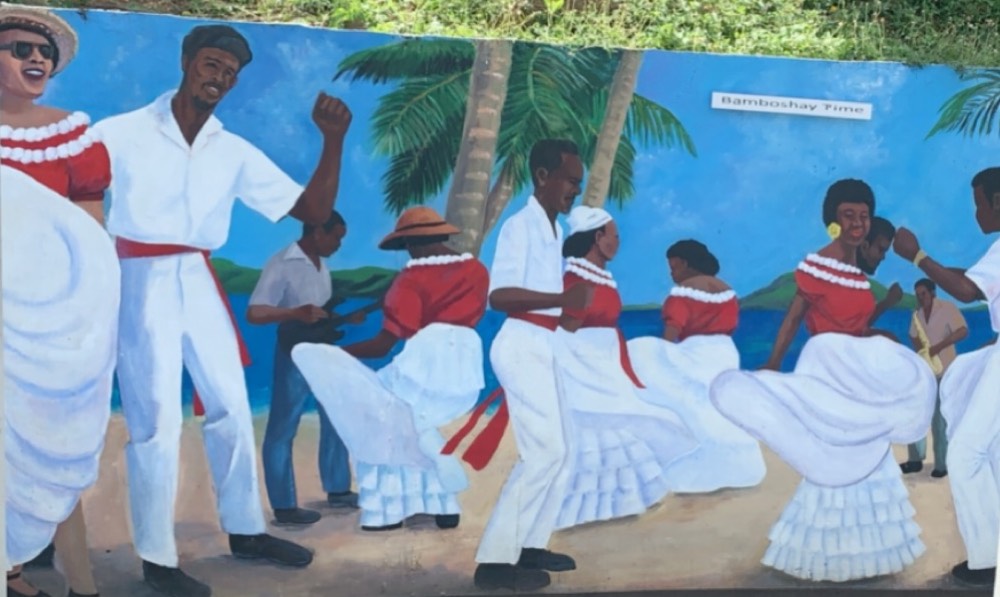 A mural celebrates life in the British Virgin Islands

After having a relaxing day, it’s back to the boat to sip on some cocktails and wait for tomorrow’s adventure which is a visit to one of the most well-known islands, Barbados.

This island doesn’t need much of an introduction, from its gorgeous landscape to its wide open beaches, the history of the island alone is enough to capture tourists attention all year round.

As well as being a well known sugar producing island, Barbados is known for producing rum and being the home country of the famous singer Rihanna ‘Robyn’ Fenty, despite her now residing in London.

Tours on such a big island are the way to go as you don’t want anything to be missed out. Bridgetown Harbour, known in part for slavery, has a lot of rich knowledge to absorb.

Next up on the list was the Island of St Kitts and Nevis. St Kitts is an island made for an easy-going and chill island life. It has to offer beautiful botanical gardens, wildlife and, of course, beaches and rum; going on a holiday doesn’t get much more laid back than being surrounded by tranquil views, rhythmic music and a traditional rum punch in hand.

This island didn’t have much to do in terms of seeking adventure but again it is full of history like much of the Caribbean. It has a religious and colonial background, the story of which can be seen in different landmarks on much of the island.

However, don’t take this island to be boring. When festival and carnival season comes around, the streets are booming with the life and culture of the island making it the perfect attraction for tourists who want to experience a carnival in the Caribbean and not just London’s own Notting Hill Carnival.

[pullquote align=”right”]“I would rather live in the beauty here than in a rainy England. You are young and must travel to learn your history.”[/pullquote]Moreover, locals love to have visitors to discuss and share their stories, history and the beauty that makes the island as we know it.

Momma, a local from St Kitts said and its something that stuck with me: “It is no secret to me that I live in paradise, there is nothing that can compare to the sun on my face, I would rather live in the beauty here than in a rainy England. You are young and must travel to learn your history.”

This coming from a woman who had lived in St. Kitts most of her life it struck me to see how eager she was for people to take time and listen to her as they passed by her stoop touring the island.

The Caribbean has been showcased in many places. The harbour of Port Royal in Pirates of the Caribbean was filmed at Wallilabou Bay in St Vincent and the Grenadines. Nothing is a better depiction of the Caribbean than going to visit and tour the islands for yourself and each island deserves to be visited and appreciated from the other side of the lens.

Breathe in the sea air, feel the breeze and tour the Caribbean for what it is – vibrant islands bursting with life and culture.

All images by Aaliyah Facey.