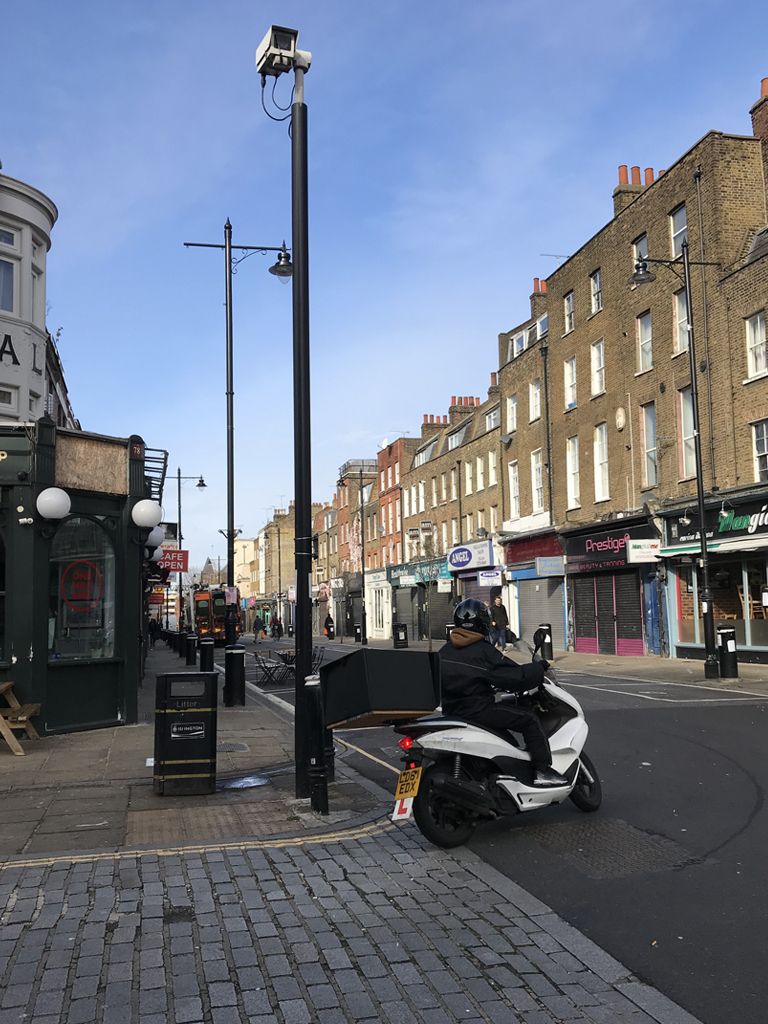 As Covid-19 spreads across the globe, LCC students from many countries are keeping journals of their own experiences and those of their family and friends. Their stories paint a picture of this extraordinary time in the UK, Europe, the Americas, Asia and beyond.

Plot twist: Brazil has taken third place in confirmed cases and is now battling Russia and the USA. The UK still has the world’s second highest death rate. Nothing to be proud of. Though, while the stats may not show the full picture, at least there is consistency in the decrease. Let’s just hope that those who opted to self-isolate being exposed to asymptomatic Covid-carrying folk does not cause another spike to form. Until then, we wait off guard. Mother Nature is playing paint by numbers. Politicians compete for the title of World’s Wackiest Racer like its 1968. Blood is the acrylic, the petrol and the clock at the same time.

The future I feared has now become a reality: people from all over Britain are clogging up roads as they flock to the coast, taking anti-social distancing measures to ensure they get a patch of sand in the sun and a cold 99 to enjoy 2020’s hottest day so far. Outside my house, I hear the ice cream van doing circles around the community. Cars are honking at each other in the streets. Children are laughing. Teenagers are wheeling down the high street. My neighbours are drunkenly singing in their gardens with friends. Yesterday is the first time in two months that any significant noise has been made on for the nationwide clap. Those it’s aimed at deserve far more than applause. I question whether these are reassuring sounds or ones of warning. While I contemplate, I sweat out my anxiety and stare off at the rose-tinted sunset wondering what could possibly come next. The days get longer and the Canterbury Cathedral still rings into the distant night ahead. The bell tolls for five million people infected worldwide and the nearing half a million deaths.

At least some good news has come in about finance, and with my coursework having come to an end perhaps it’s finally time to treat myself to some rest. Then again, I’ve taken after my father in that my idea of relaxation is to accumulate more hobbies. I’ve joined another hackathon, I’m taking a course on web development, I’m on the hunt for jobs and, in between all that, I’m entering competitions and reaching out to stranded creatives on the lookout for collaborations. One good thing about these activities is that they force me out of solitude. Maybe I should just go outside and join the rest of the British public on their quest for a return to normalcy.

Or, as my friend eloquently put it, rather than return to what was, let us move forward to somewhere better. Is that even possible at this point, or will the echoes of disrupted order reign a few years more? Boris telling people to “stay alert” rather than “stay at home” is only so that when the inevitable second wave hits, it can be blamed it on the actions of the people rather than the government. A perfectly justified deflection. Except that the government are also made up of people. And, as leaders, playing the blame game is rather arbitrary when public health is on the line. Perhaps it’s about time we socially distance ourselves from politics and the media rather than each other.

I handed in a reflective journal for a collaborative unit today and now I am writing in my Coronavirus journal. Reflecting over reflecting and reflecting. I feel like I haven’t done anything else over these past few weeks.

The pandemic forces us to reflect on what we used to take for granted. Also, in a bigger context, humanity has a big chance to make progress regarding our changing climate. The virus shows that people are capable of changing their lifestyle in order to get rid of an issue. Couldn’t we do the same for our planet’s health? It feels like no one has felt responsible enough so far to introduce that kind of drastic change. However, what it needs is not a couple more bystanders to become active, but the collective to start acting. Politicians need to release laws – such as recycling of plastic bottles or higher flight taxes – and consumers who are willing to implement those changes.

Another reflective question for us, foreign students, is to force us to evaluate how much of a home London has actually become over time. To go home or not to go home is the question. Plenty of my friends are struggling with not knowing whether to give up their flats in London, where to put their belongings and similar. For me it is the same and it sounds like those are small logistic questions we have to ask ourselves, but in reality they go a lot deeper than we thought.

And obviously the biggest topic is online teaching and collaborating:

I always assumed that there’s nothing worse than group work at Uni but I was mistaken: there’s virtual group work. We all know about the typical Zoom, Blackboard, Skype issues of screaming “Helloooooo?!” and restarting the WIFI and so on. But have you ever tried finding a time slot where people from four different time zones can get work done without lying in their bed at the same time?

But I guess that is what I love about UAL, we have actual diversity! People from all parts of the planet, exchanging ideas and telling interesting stories whilst they are in their pyjamas. Every week I plan to get dressed properly for another day of home office but then somehow end up in my tacky velvet tracksuit. Same for today, sorry I just can’t help it. Maybe next week I’ll put on a genuine outfit. Then again, maybe not.

As the weather gets hotter and I finally have to turn the fan on for the first time this year, I curse myself for not having brought more summer clothes when I returned to London in January. I mean, I started packing some fresher pieces of clothing, but my mum told me to not worry, to use the space for the big jackets and leave the rest for when I visited over the spring. Truth be told, a global pandemic was really not on anyone plans at the beginning of the year, right? However, trying to navigate the unexpected heat with only a handful of t-shirts – which I always like to pack – and winter trousers and pyjamas is not that nice.

My parents and I are thinking of having a package of my stuff sent from Portugal. I don’t want to be spending money on stuff I already have and, also, I’m not the biggest fan of online shopping. So, hopefully, very soon I will have a nice package of summer clothes, maybe some of the unread books I have in my bedroom and, who knows, some little extra my mum might want to send.

The weather here has been so nice that I started considering the idea of riding one of those Santander Bikes that are scattered around London. Only there are two problems for me. First, I haven’t ride a bike in years. Second, the idea of riding on the London traffic petrifies me. As a bus rider, I already got used to being on the other side of the road, but I feel like my head is still not used to it as a driver – even if it’s only a bike. I guess I’ll have to add another topic of things to do after lockdown is over. But properly over, not this half and half thing that is going on.

Finally, my family and I are being more serious about the idea of my flying in July to spend the summer home. They told me to pay attention to the air companies and look at flight dates and all of that and we also discussed how I would do my 14-day quarantine when I got to Portugal. While I don’t think it’s mandatory there, I still feel that I have the responsibility to do it for the well-being of everyone around me. Still, going from London’s 25ºC/27ºC to my town’s 33ºC and up it’s not the most attractive thing. Well, I’m already spending the whole day at home, so the difference won’t be huge.