‘Am I disabled?’ It’s a question I now find myself asking quite frequently. It’s usually followed by the very depressing thought: ‘I’m only 22’.

My right ear has, to put it just like my very Yorkshire nana does every time we speak about it, gave me ‘jip’ my entire childhood. I missed countless weeks of primary school because of it. Most of my adult life it had been fine until last year when it began giving me ‘jip’ once again.

After a month long ear infection which seemed impossible to cure at the time, finally went away, a lot of my hearing never came back. After countless trips to the doctor, it was decided there was no way the GP could help me, and I had to be referred to an audiologist.

At the moment, Coronavirus means only patients in extreme need can see specialists, which basically means until the virus is more under control, I’m stuck like this.

Amidst all the confusion and worry, and the added stress of masks meaning it’s virtually impossible to understand what anyone is saying, I noticed my relationship with my body had changed. I began to see myself differently. Nothing can knock your confidence like waking up one morning and realising you’re never going to be able to hear properly again.

I do sometimes have to console myself by telling myself I am very dramatic, and I am maybe a million times more upset than I have a right to be. I still have a lot of privilege. I’m able bodied, no one looking at me will even know any of this is going on, and it’s probably (hopefully) very treatable once I get to see someone, but not everyone is that lucky.

I wanted to shine some light on those who live every day with chronic conditions, visible or not.

Emily is 25 years-old and a PR consultant living and in Leeds. She has cystic fibrosis; according to the NHS, it is an inherited condition that causes sticky mucus to build up in the lungs and digestive system. 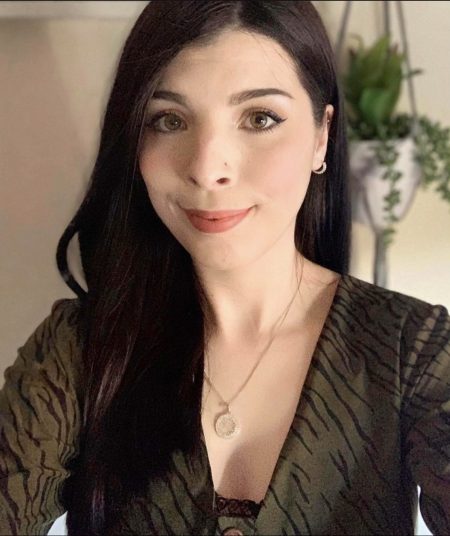 “After returning home from university, I contracted walking pneumonia and sought out medical treatment. Part of the treatment for pneumonia was monitoring lung function and CT scans, to which end it was determined my lungs were damaged or insufficient in some way. This prompted genetic testing, for which it took almost a year to get the results back from due to clinic delays. In March of last year [2019] it was confirmed I had cystic fibrosis.”

It’s very rare to be diagnosed with cystic fibrosis that late in life. The symptoms usually cause a lot of very extreme issues, which makes Emily’s experience of learning to live with her chronic illness even more admirable.

“I now see myself as more fragile and definitely hate the fact my body is insufficient in some way, but it’s actually made me appreciate it a lot more. I’ve always been incredibly critical of my body and before the diagnosis was always trying to lose weight. I’d say realising that all this time my body had been damaged and yet still kept me alive against the odds, made me take stock of what my body can do, and be a bit gentler in my critique of it.”

The experience of feeling like your body has suddenly become unreliable is something which most of the time exclusively happens to those that are chronically ill. The vast majority of people will fortunately never know what that feels like, but without a doubt, this will have had an huge effect on every aspect of Emily’s life.

“It was incredibly difficult at first [coping with the outside world] as I felt very vulnerable. I’d say that this has reverted back to feeling relatively confident being out and about. Being asked to shield was very difficult though as I started hating the outside world for putting me in this position,” Emily told me.

“I’d say that it was also a major contributor to the dissolution of my last long term relationship, because I began to feel like a burden.”

“I was definitely in a dark place for a little while, but at the same time I’d say it gave me such much-needed perspective on things that I’d previously felt sorry for myself for.”

This feeling of being a burden is echoed through those in the chronically ill community. According to independent think tank the Kings Fund, around 15 million people in England have a long term health condition for which there is no cure.

When put into context, there are around 57 million people in England. This means 27% of us are chronically ill. The fact that the percentage is so high yet so many people still feel like a burden really highlights that our cultural attitude towards chronically ill people is often unforgiving.

“On one hand it was quite validating to know that any illness-related concerns I’d had in the past were accurate, but on the other hand I definitely thought of myself as dispensable for a while. It sent me into a little bit of a spiral that I’ve since recovered and moved on from thanks to some counselling,” Emily said.

The diagnostic process of any chronic illness is one riddled with its own problems due to many different factors such as; gender, class or race often affecting the time it takes for a person to get diagnosed.

For example, endometriosis can take between six and ten years to diagnose despite between two and ten percent of the population that has a womb suffering from it. Could this be because it mainly affects women? This is a theory which has been batted around. Many sufferers of endometriosis recall male doctors trivialising their concerns.

Furthermore, black women are five times more likely to die in childbirth than white women according to the UK Confidential Enquiry into Maternal Deaths. Whilst childbirth is not a chronic illness, it’s important to recognise that our healthcare system can be incredibly racist. All of these factors combined may make certain people’s lives much harder to adapt to being chronically ill than others. 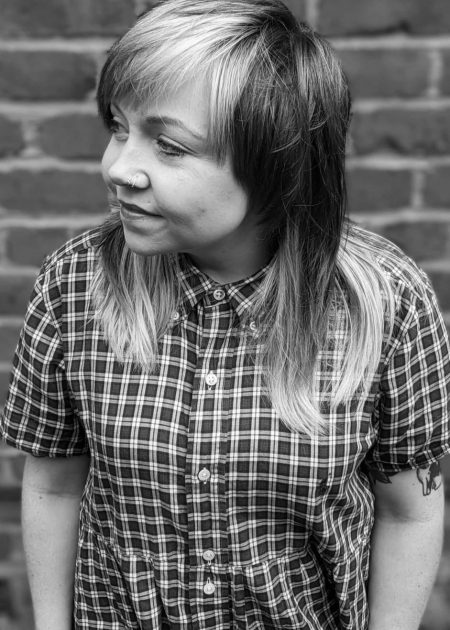 “I was hospitalised after a long period of poor health and was diagnosed then. It took a long time for my illness to be recognised for what it is, I think that’s why my diagnosis happened like it did! I’m still not officially diagnosed with EDS.”

Drawn Poorly is described as: “An inclusive space where artists and writers can respond to experiences; whether they be their own or those of people they know or admire.”

It’s important to give disabled and chronically ill people a platform, as more representation will always lead to more understanding. Being chronically ill can make so many mundane parts of life complicated in ways that able bodied people can never understand, such as the workplace. The workplace can be a severely challenging environment when we live in a world that puts so much importance on constant productivity.

“Personally, it’s not always been easy making my needs clear. My condition is unpredictable and changeable and it can be hard to make that fit in a nine to five work pattern. A lot of the work I now make is focussed on access and creating arts opportunities for other ill and disabled folk. I think we can do things better in the arts for ill or disabled creatives and I’m dedicated to making changes,” Rose told me.

When unpicking the fabric of the British work environment, it’s clear that being chronically ill does not fit in with how we are expected to behave. You’re expected to push yourself constantly. Go above and beyond. The more you sacrifice your time and energy outside of your scheduled hours, the more committed your are. So having a condition which means you can’t do that, automatically means you’re not committed.

Other less mundane but equally vital parts of life are also affected by lack of awareness of chronic illnesses. How can you go to a rave or a mosh pit if you have trouble standing up for long periods of time? Or can’t stand at all?

Many venues have disability access in place, but a lot also don’t. After people become chronically ill they are forced to give up a lot of the joyful events thats make life worth living.

“It’s changed how I interact with the outside world, particularly events, gigs etc. I’d love to see more discussion about access to events for ill/disabled folk. Small changes can make a huge difference. Often between being able to attend or not,” Rose said.

Chronic illness and disability can be ever changing, taking different forms throughout a person’s lifetime. The most vital thing is to treat those who seem to be struggling with kindness and understanding. If as a society we cannot protect those of us who are most vulnerable, then we have failed.