It’s the beginning of another month spent in lockdown, and the topic of debate continues as we discuss how well isolation has worked for us in the UK, and whether we should have faced lockdown again.

However, looking over social media throughout the months we have been stuck in limbo, there has been increasing discussion around the concern of mental health, specifically in young people.

From a questionnaire conducted via Instagram, I asked my followers if they had felt lonely or suffered mentally during the lockdown, and why this is.  I found that a large percentage of people who had taken part are university students isolating away from home during the second lockdown and had previously experienced unemployment.

“This is the one thing that has caused me a lot of anxiety, now I’ve been made redundant I don’t have work, and I won’t be back on the scheme. It’s impossible to find a part-time job now, and I’m a person that works all the time, I don’t really know what to do with myself lately,” one of the respondents, @Oliveeoli said.

“I think now everyone is going through the same thing it’s hard to adjust, we don’t want to depend on friends and family because we are so used to relying on ourselves, I don’t even want to ask my mum because I know she is also struggling. We’ve grown up in a society where we kinda get embarrassed to ask for financial help or help in general, even when there isn’t anything to be embarrassed about,” he added. 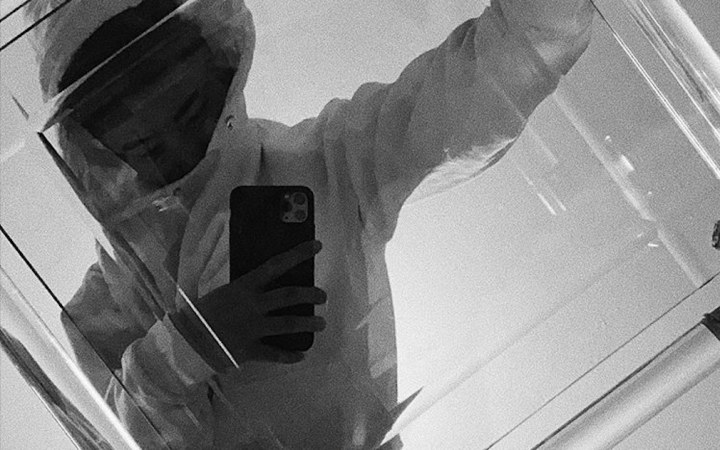 People often feel alone, even when they have people around them. Feeling as though others do not understand what you are going through or a lack of being able to express yourself are prime examples.

However, since the lockdown, which began in March 2020, we can see that the idea of loneliness hasn’t just stemmed from psychological aspects. The absence of social contact is the result of loneliness too during this time. Physically being alone has increased people’s anxiety and depression, both those who have struggled with mental health before and others who have never had significant issues with their mental health.

Statistics from the Mental Health Foundation show that almost one quarter (24%) of UK adults felt loneliness during this lockdown period, and nearly a half (44%) of young people (18-24 years) suffered from this too. It is clear to see that concern about this has become most significant throughout the pandemic, and a substantial amount of younger people have been affected (compared to adults over the age of 24) as a result.

“It’s worrying that more than half of them said they are concerned about feeling lonely, and special attention should be given to this as we know young people are at risk of self-harm and suicide.”

Kirsty Kessie is a student at the University of Essex and she told us how she’d come to recognise the importance of her mental health now more than ever. She took us through her emotions during the lockdown and what approaches she adopted to overcome her battle with loneliness, depression, and anxiety.

“There was never a time before this that I could officially say I had depression; everyone has their low points in life and feels demotivated. Even though my mood would be so low sometimes I couldn’t get out of bed, I wouldn’t pin it to depression; I’d say I’m really sad,” Kirsty said.

“It wasn’t until lockdown that I started to feel like I’d lost control of my emotions being away from everyone and being confined to one space. My house is a decent size but repeating the same routine every day for months on end made me feel like I wasn’t doing enough for myself.

“I’d wake up, eat, watch Netflix, eat, and go to sleep essentially. I wasn’t doing anything to cope with what was going on. I’d be down most days out of the week.”

When asked about what was happening in the world during the first lockdown, Kirsty admitted: “There was honestly so much going on at the time, and there was a lot of information everyone was taking in at once, especially because we had nothing to do other than be on our phones. 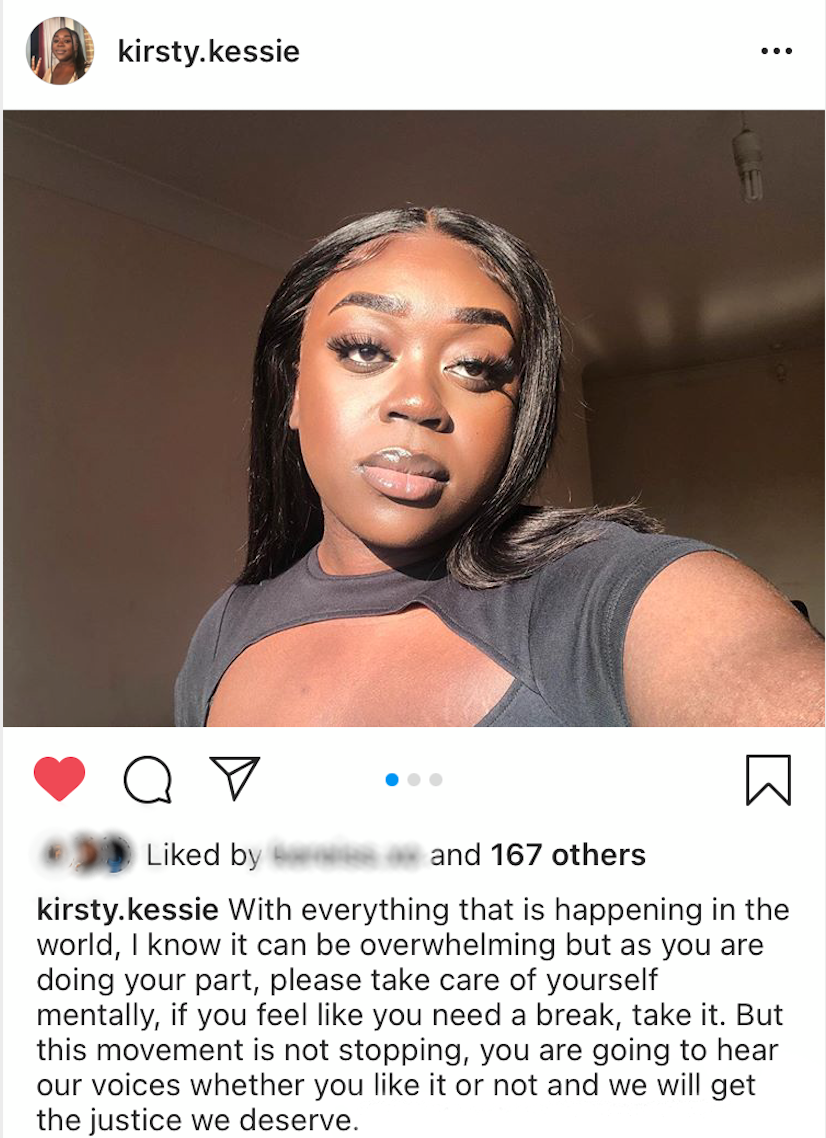 “What affected me the most was the BLM movement because it hit home. Me being a black girl, I felt that I had to stay strong for the most part because it is what is important to me, and it affected everyone I know,” Kirsty told us.

“I felt like me, and others similar in age to me had to speak out more so because we are the generation who push for change, but to be honest, there was a point I just couldn’t take it anymore, and I had to come off social media for a while because it was too much for me mentally.”

Continuing, Kirsty went through how and when she decided to take control of her mental health and what she was doing to cope with her anxiety: “It was at this point I realised that I needed to stop dwelling in bed and do something, I was sick of feeling a negative energy build up. That’s when I thought it was time to see my GP for a referral to seek therapy. I couldn’t physically see a therapist, so it was all online.

“This helped a lot because my therapist made me unpick why I was feeling the way I did and gave tips on how to relieve my feeling of anxiety when I felt alone, like one time we were talking about music and what type I listen to and how listening to music more often could help.”

Having to face isolation in university during the second lockdown has left many students unsure of whether to stay at their accommodation or go home, according to BBC News. As we know, the UK guidelines still require students to attend classes.

“I know some people have gone home, but I’ve decided to stay here. I’m just lucky I have a few friends that are still here, and I’ve spoken to a few people who are living in my halls,” Kirsty said. 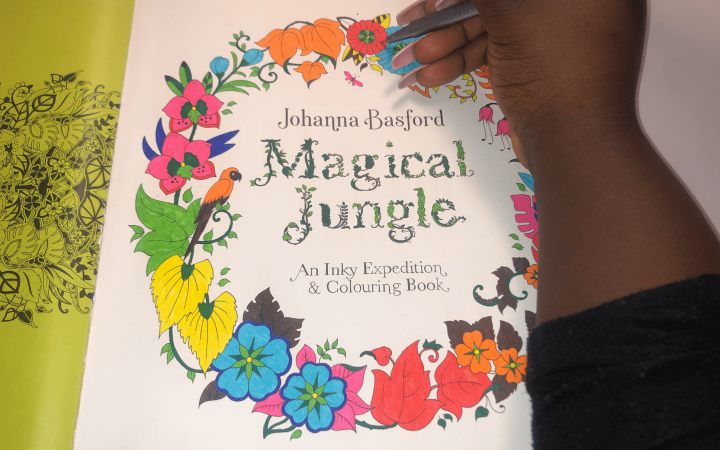 “Even though I felt lonely in the beginning, I felt more at peace being away from my household and continuing with my therapy here. I live with four other people at home but would feel like I could never speak about my problems coming from an African household.”

Speaking on her coping mechanisms in university, she said: “Usually I’d get very distracted at uni and choose to have fun over my work, but since I’ve been locked up in the room I’ve found a routine that helps me to prioritise my work and my mental, colouring in sounds childish, but it’s such a great way to pass the time when you are bored instead of being on social media.”

In contrast, others have adopted unhealthy coping mechanisms during the pandemic. In 2019, The Times showed that two in five university students on campus use drugs regularly. From a previous questionnaire, I’d found that many joked about smoking cannabis: “Just smoke weed” or confirmed that they were specifically users of cannabis when they were alone.

“I’ve smoked way more now that I’m just by myself in uni, it’s just more accessible in uni because you’ll always know someone or you can ask around,” one respondent said.

Here are some more responses from students via social media:

For more information on how to cope with mental health during the pandemic, visit the Mental Health Foundation website.