In the UK, around 1.5 million women suffer from the disease, endometriosis.

Despite this many people suffering from the condition, it takes, on average, around eight years for a sufferer of the silent disease to receive a proper diagnosis. While progress has been made, the ‘invisible’ illness, which comes with many emotional and physical complications, is still a taboo subject in today’s society.

Endometriosis is a chronic gynaecological disease that is caused by abnormal cell growth that occurs outside of the uterus. It leads to severe periods, pelvic pain, discomfort during sexual intercourse and bowel movements, and in some cases, it can also lead to infertility.

Women around the world have to fight to receive a formal diagnosis, which on average can take around eight years. During this time, women can be set back by multiple misdiagnoses, and despite more than 176 million diagnosed cases worldwide, there is still no cure and very little research on the disease.

With the stigma surrounding menstruation, women tend to stay silent and remain undiagnosed rather than pursue medical attention. 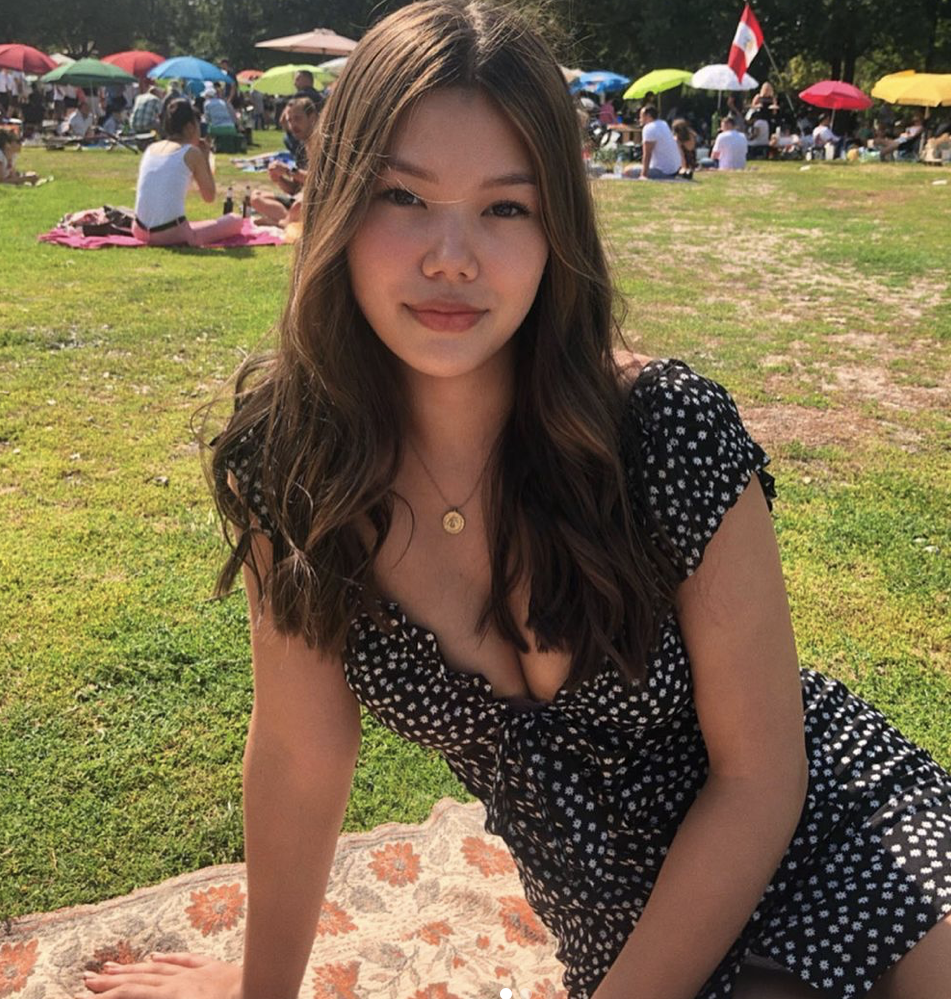 Omina, 22, spent three years trying to get a diagnosis [Omina]

Omina’s symptoms started at around the age of 15, when she started getting unusual cramps outside of her period. When she did have her period, it would last an entire week – sometimes even longer. Omina also developed severe acne, which is what initially prompted her to visit her GP, three years after her first symptom started.

“When I visited my doctors, they tried to tell me that I was being an overdramatic teenager and that it was just puberty that I’d snap out of. I went to several doctors, and they told me the same thing. They wouldn’t refer me to a specialist, and I was put on birth control which myself and my family were extremely against as I was at such a young age,” Omina told Artefact.

She decided to go to a dermatologist to sort out the issues she had with her acne; the dermatologist had to carry out a routine blood test before prescribing any treatment. When Omina’s blood tests came back, that is when they noticed some irregularities.

As endometriosis cannot be diagnosed by just blood tests alone, Omina was recommended a specialist, which was how she became diagnosed with the disease.

“I was in my first year of university when I finally got my diagnosis. I had to miss 80% of the year due to the excruciating pain I was experiencing, and I didn’t know why! I was so fed up with the doctors dismissing me and my symptoms, it really is a shame it takes going private to be taken seriously,” she said.

“I mean, if you look at Gabrielle Jackson’s article in The Guardian, you’ll see that she also has endo and she said that the doctors, especially the male doctors, didn’t trust she was truthful about her pain.

“It is so frustrating and upsetting that women aren’t taken seriously. Endometriosis is a very dangerous disease, and it needs to be treated as the critical, silent illness it is. I also think that due to an exhaustion of resources in the NHS, a lot of people can be pushed to the side as there isn’t enough funding to deal with everyone’s concerns appropriately.” 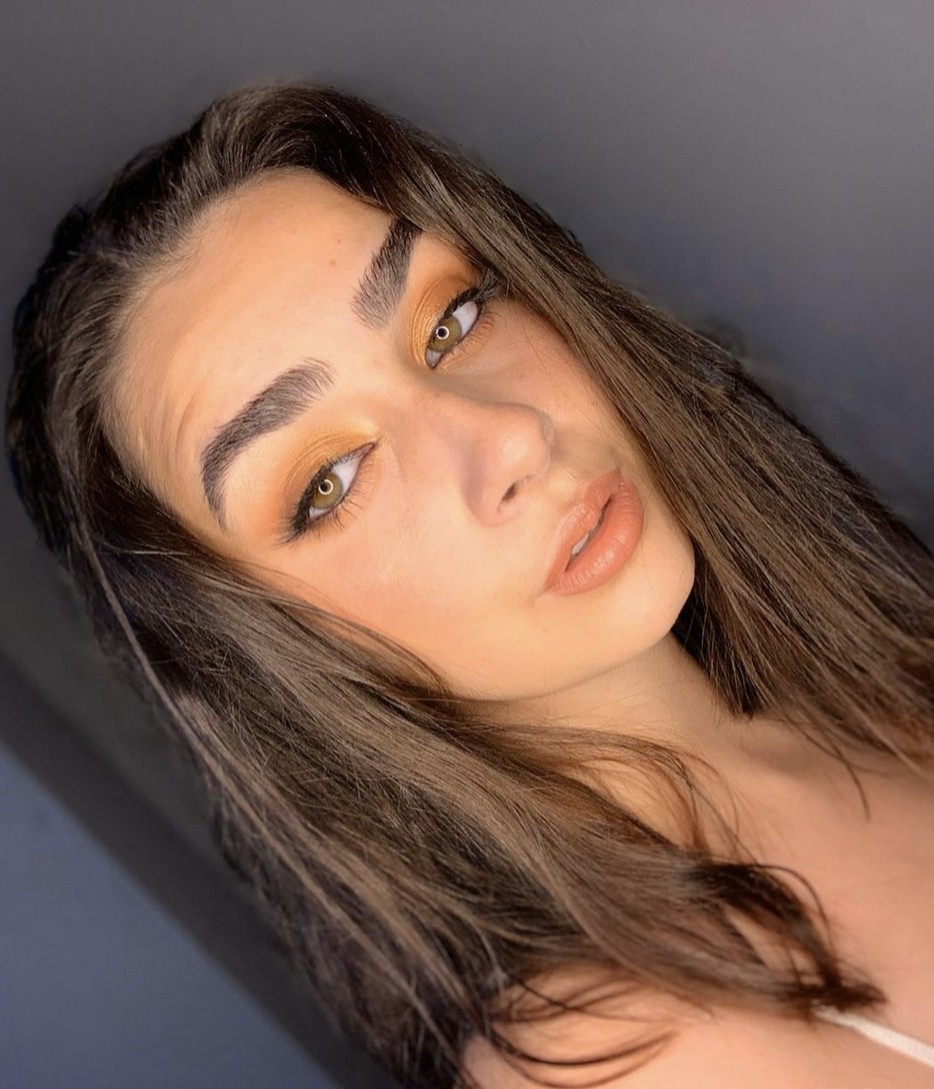 Gemma, a student and make-up artist from Essex, has spent eight years trying to get a diagnosis and is still undiagnosed today. Gemma was 12 when she started to experience severe periods; they were painful and extremely heavy.

“My periods were so unbearable, that at the age of 12 it was traumatising. I was absent from school almost up to twice a week. I missed so much that I had to repeat the year.

“My mum spent most of her 20’s undiagnosed from endometriosis, so she knew exactly what was wrong as she had experienced the same symptoms as I did. My mum took me to the doctor at 13, and as soon as I listed my symptoms and explained how terrible the pain was, I got told that it was just my body going through puberty,” she said.

“As my mum had been diagnosed with the disease, she was adamant to the doctor that I had it also, but the doctor told us it was impossible for someone so young to suffer from endometriosis.”

Gemma was prescribed Naproxen, a medicine that relieves pain and swelling in many cases. “Naproxen was supposed to help me cope. However, it didn’t. It’s been 10 years since I first experienced symptoms and I’ve never been diagnosed.”

“I’ve seen multiple doctors since and they all say the same thing, still to this day. Considering my mum has been diagnosed, I find it insane that they haven’t put two and two together and given me a formal diagnosis,” Gemma said.

One doctor referred her in 2018 to a gynaecologist for an ultrasound. However, nothing was found, and the issue wasn’t investigated further.

“At this point, I have given up. I feel like I’ve been fighting my whole life to get a diagnosis, but I’ve been told time and time again that I was making the pain up, or that it wasn’t as bad as I was describing. I’ve since had a coil fitted, and it’s the only way, I’ve found to ease my monthly cycle. However, the symptoms I experience, I have to live with every day,” Gemma told us. 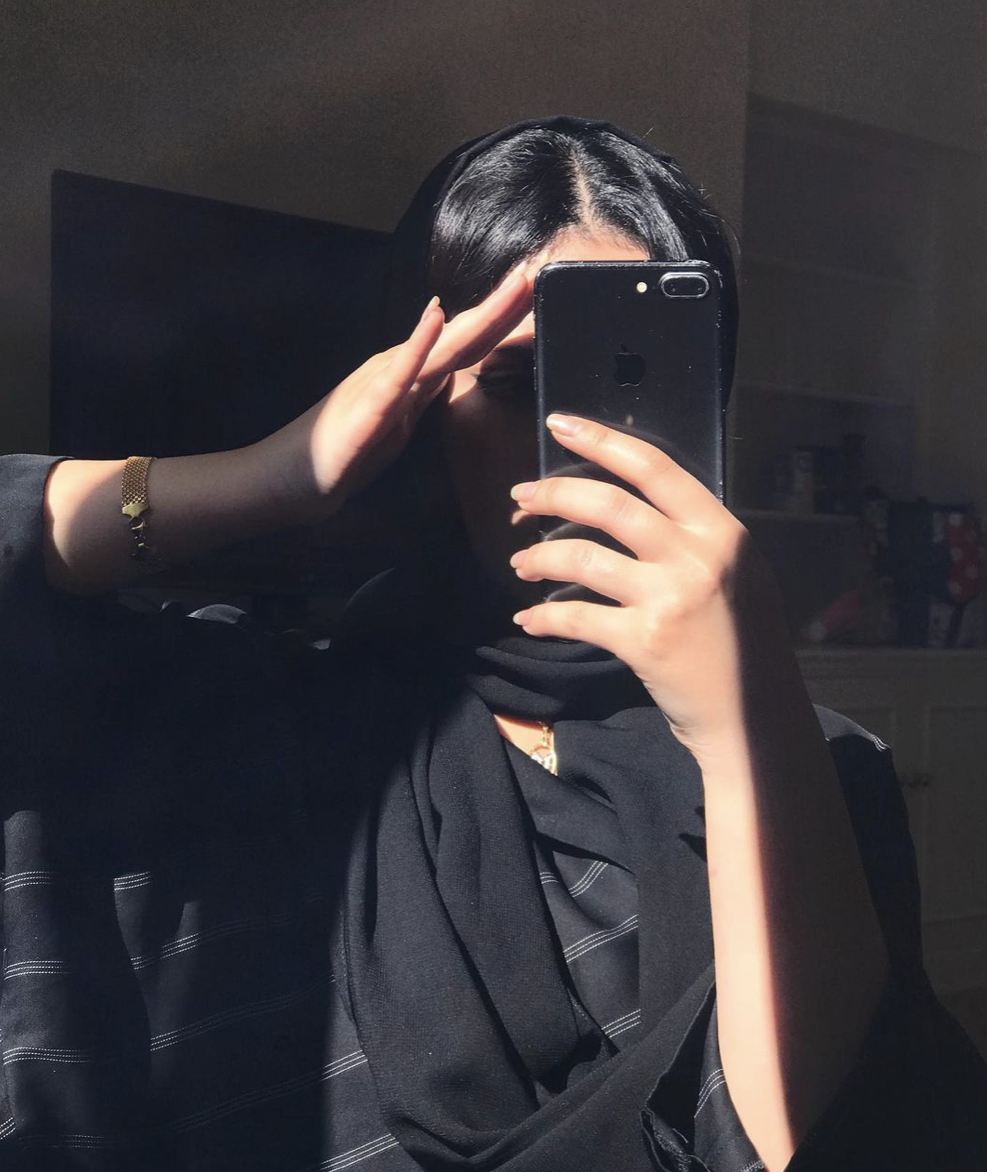 May, 23, was diagnosed last year with endometriosis [May]

May, a student from London, started experiencing symptoms at the age of 22, and it took over a year to get a formal diagnosis.

“My symptoms started a year ago, they would always start a week before I got my period and would cause me to stay up all night holding my abdomen. I also experienced severe back pain, and this would also run down my legs. It was so bad that it would make me feel nauseous, and I would vomit,” she told us.

May had to visit the accident and emergency (A&E) unit twice during the year she was undiagnosed. The first time she was admitted to the hospital, the doctors told her she had a kidney infection. The second time, she was referred to a gynaecologist, which was when she received a formal diagnosis for endometriosis.

“I have never known anyone with the condition, which makes it very daunting. I recently told a close friend of mine that I have been diagnosed, and the first thing she said to me was that I might have fertility problems in the future because of endometriosis. I felt uncomfortable very quickly and realised that there is so much that isn’t openly discussed about the disease,” May added.

“I don’t think a lot of people are aware of how painful it can be, so I sometimes have to pretend to be ok, so others don’t think I’m exaggerating. My whole experience was an uncomfortable one, but the doctors were very helpful and treated me accordingly.” 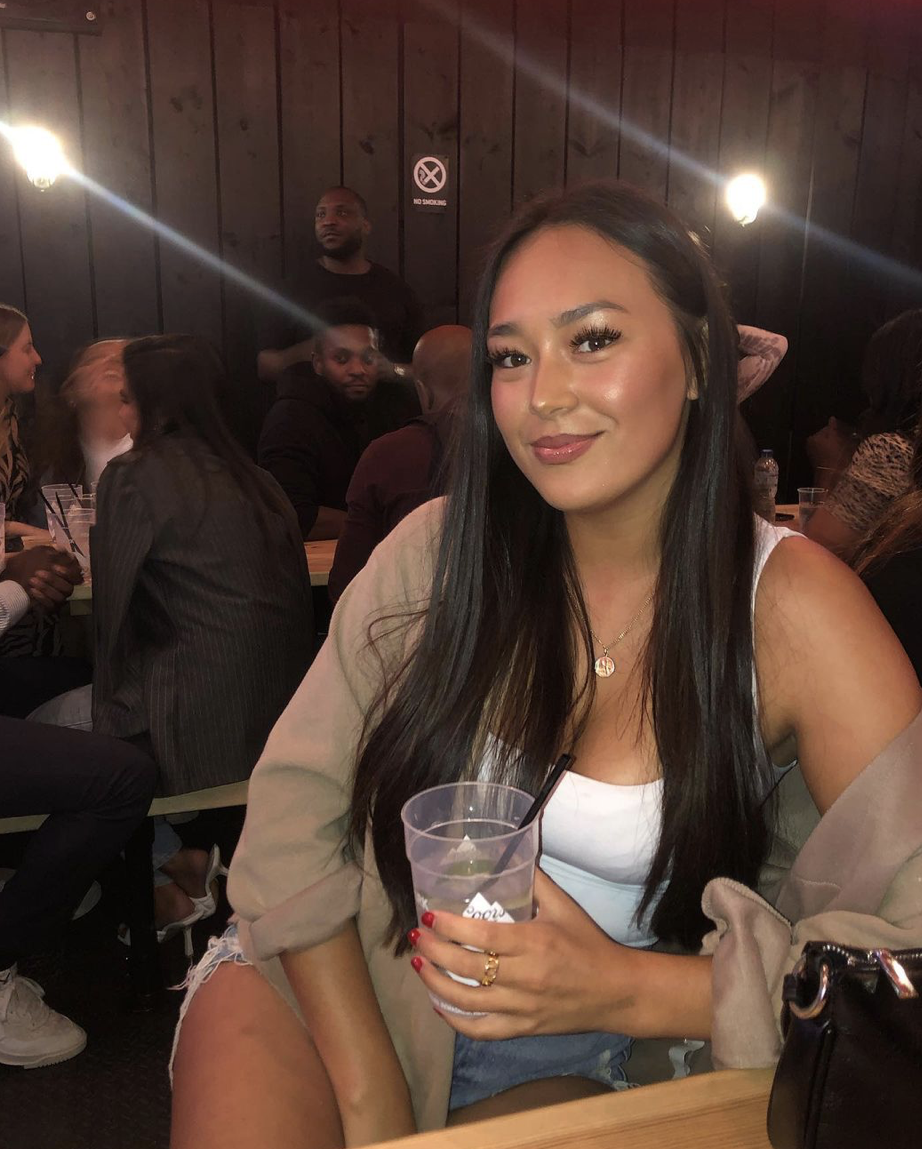 Alice, a graduate from Kent, waited 14 years before getting her diagnosis, which came in 2019 after she underwent laparoscopy surgery – a procedure used to examine the organs inside the abdomen using a small camera. If endometriosis is diagnosed during the surgery, it can either be removed or treated.

“I’ve always suffered from extremely painful periods, and I would regularly experience piercing pains in my abdomen that were so bad, I couldn’t get out of bed. It would leave me curled up, crying and feeling very sorry for myself. I remember a few times having to go to A&E because to pain was too much to handle. But I was sent home with painkillers and told it was just my body going through puberty.”

Alice had to visit multiple doctors after being told: “painful periods are normal” and being dismissed “countless times”.

Endometriosis hasn’t just affected Alice physically; it’s also affected her mentally. She says that she has had to miss so many important dates, such as her birthday and even Christmas, as she was unable to get out of bed because of the pain. “I will always remember this one time I went to the doctors; I described all my symptoms, and the male doctor told me I was exaggerating my pain. I will never forget that day.”

[pullquote align=”right”]“I was made to feel so worthless, and I really had to second guess If I was making all of this up in my mind”[/pullquote]“I felt so defeated that day; it took me a really long time to find the confidence to visit another doctor. I really thought I was going to have to live my life suffering in silence.” Alice added.

“When I finally gathered the courage to go back to visit a GP, I wrote all my symptoms down, and I was ready to fight to get a diagnosis. After I pushed heavily, I finally was referred for laparoscopy surgery, which was how I was diagnosed in 2019,” Alice told us.

Endometriosis UK is a charity that provides vital support services and reliable information to women who have endometriosis. A spokesperson from the charity told Artefact: “Being diagnosed with endometriosis can be such a daunting experience, but you really don’t need to face it alone! We offer support groups, an online community and also a helpline.”

Endometriosis UK reached 25,000 women with the disease in 2019, and women can call their helpline, where they can talk to trained volunteers who have all had a personal experience with endometriosis themselves.

By Natalia Zelazowska
7 Mins read
How Lulla La Polaca is living proof that age is not an obstacle to living life at its best.
FashionVideo

By Isabella Brooks
4 Mins read
We tried three Glossier make-up products to see if they are really worth the money.
Life