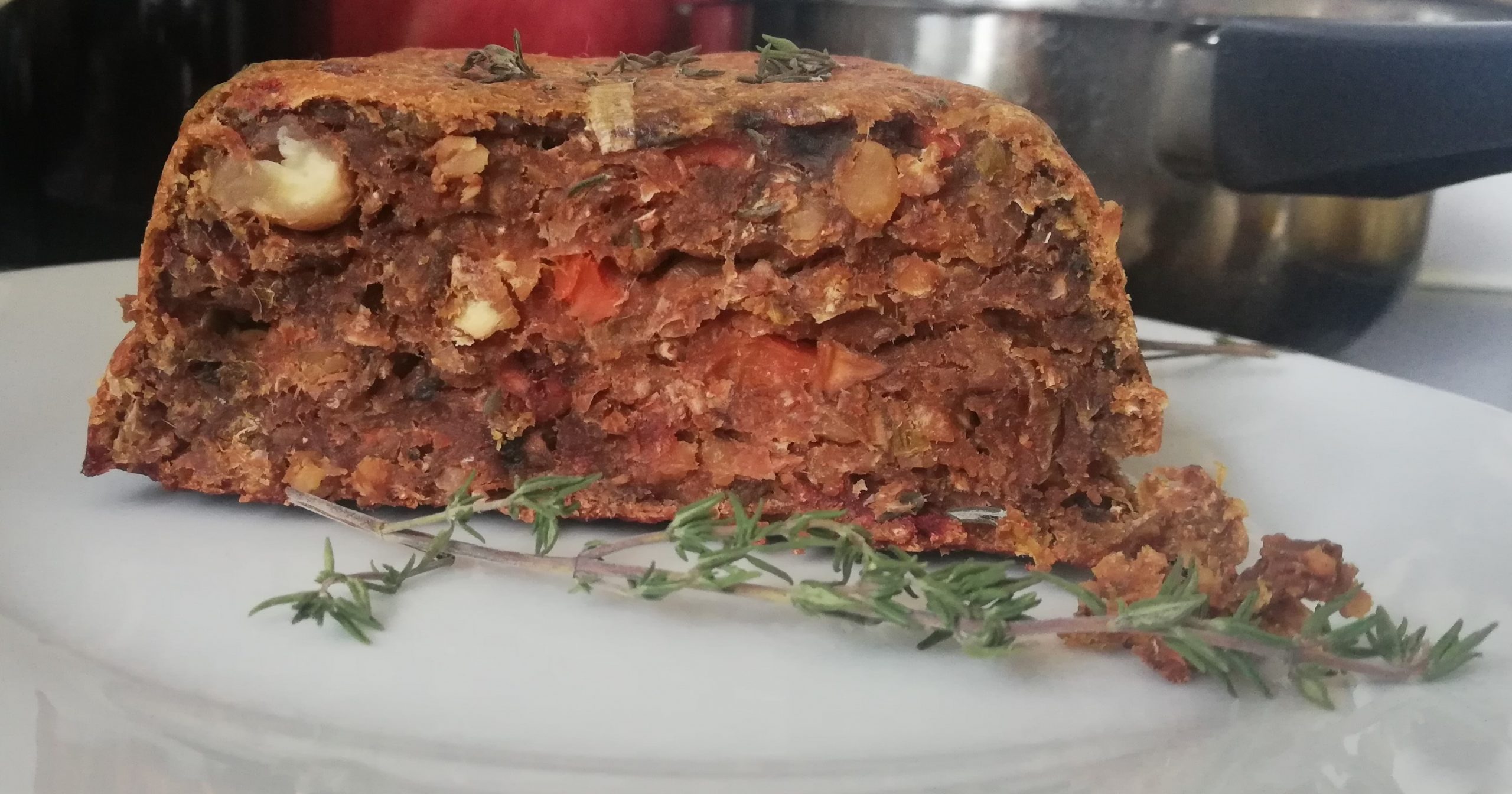 As 2020 turned out to be everything except what we planned, many people decided not to do New Year’s resolutions and focus on something more practical, something they have more control over, such as drinking two litres of water a day, daily workouts, regular walks and going vegan for the whole of January.

For the past few years, changing dietary habits as a New Year’s resolution was as popular as signing up for a gym. Due to the pandemic, gyms in many countries are closed, so people are keener on exploring new ways of becoming healthier – Veganuary is one of them.

There is much more behind this project than just changing the food we eat. It is about practicing self-discipline, being open to the unknown and raising awareness about the benefits of veganism, both to the planet and to our health.

A non-profit organisation, ‘Veganuary’, was founded in 2014 in the UK by Jane Land and Matthew Glover, who had only recently gone vegan and wanted the whole world to join them.

Since then, they annually run an official Veganuary challenge, with more and more people signing up for it each year. More than 400,000 people signed up to make their January 2020 vegan which is double the amount for the same event in 2019. It is expected that Veganuary will attract more than one million participants this year. 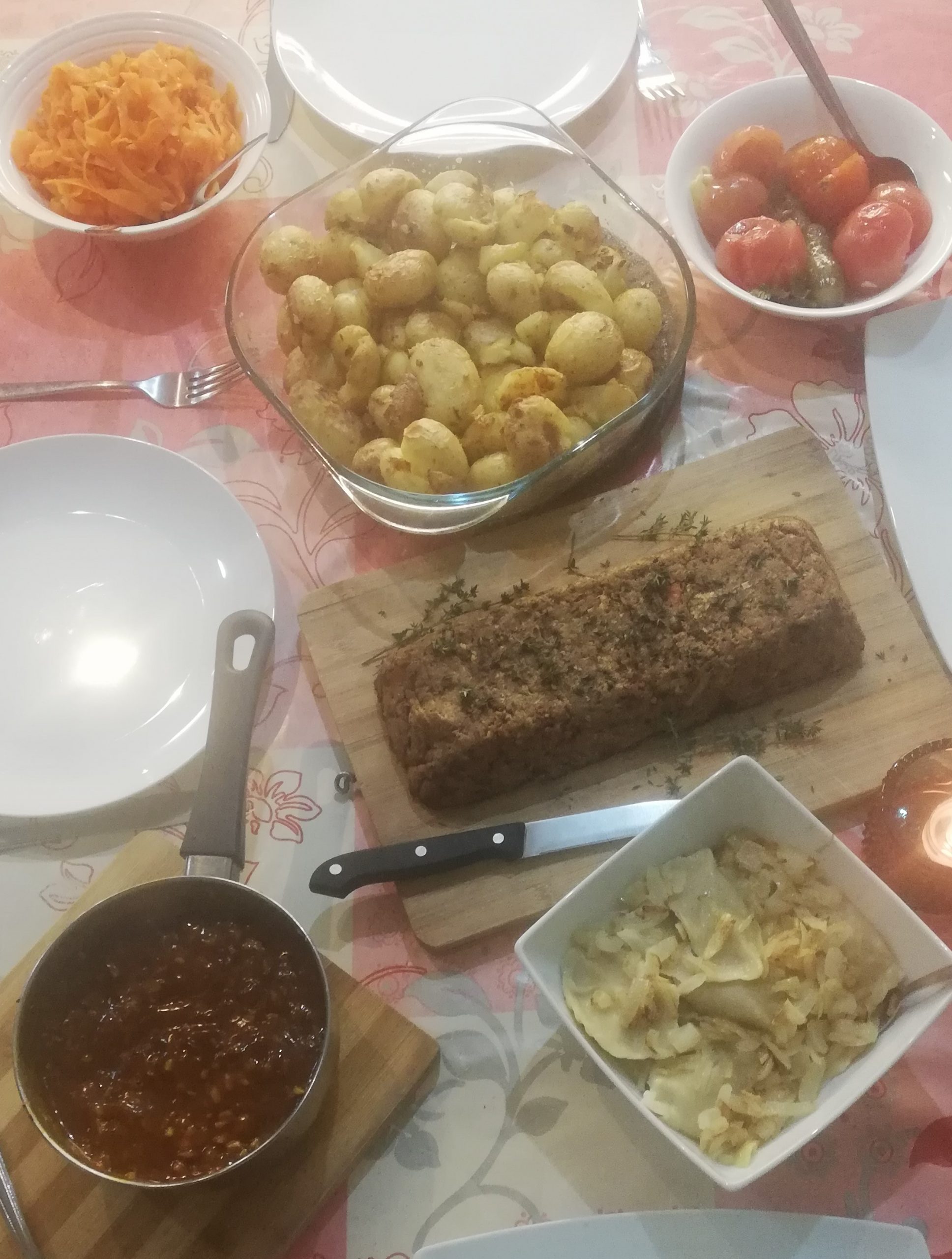 For those who are not familiar with plant-based dishes and who are not sure which products fall under the ‘vegan’ label, it might be a challenge to go through the process without any external guidance. But nowadays, with more and more people converting to this type of diet, there is a lot of information and help available, even down to the earliest stage of buying the right ingredients.

Due to the current situation with the pandemic, a significant part of grocery shopping moved online, making the process more convenient for many people. Big trolleys full of food and queuing to the checkout had been replaced by browsing websites, filling up virtual baskets and selecting the most suitable delivery date.

Online shopping is also much more organised than its in-store equivalent – on various websites food items are clearly categorised (e.g. fruits, vegetables, vegan etc.), to make it is easy for the customers to find suitable products.

Many supermarkets went one step further and created a ‘Recipes’ section on their website, with all the necessary ingredients listed and an option to automatically add them to the basket.

Knowing how attached people are to the dishes we know from childhood, for many people, not eating a favourite meaty plate ever again is unimaginable, this stops a significant group of people from trying plant-based diet, even though most of the traditional meat-based British dishes are available as a vegan alternative.

It is now common to see a vegan shephard’s pie or vegan sausage roll in the supermarket, as well as a wide range of diary-free products.

“I took the challenge two years ago, I made it to the end but then eventually came back to eating meat. I reduced it a lot though. Apparently, tofu replaces chicken and pork very well in many dishes,” said Konrad, a non-vegan tofu enthusiast.

Many people who are not yet ready or haven’t been convinced to switch to a plant-based diet take Veganuary as an opportunity to get themselves familiar with new recipes or simply experiment in the kitchen with products they might have never seen before.

With documentaries about plant-based diets and the environment growing in popularity, more and more people are aware of the issues the Earth is facing. For many of them, protecting the planet is a more valid reason to become vegetarian or vegan than saving animals.

“The whole month of eating vegan? No way. I love meat too much to do that. But I promised my daughter to have a vegetarian day once a week for a month. I know it’s good for my health and for the environment, so why not?” Robert told us after deciding to be a flexitarian for a while. 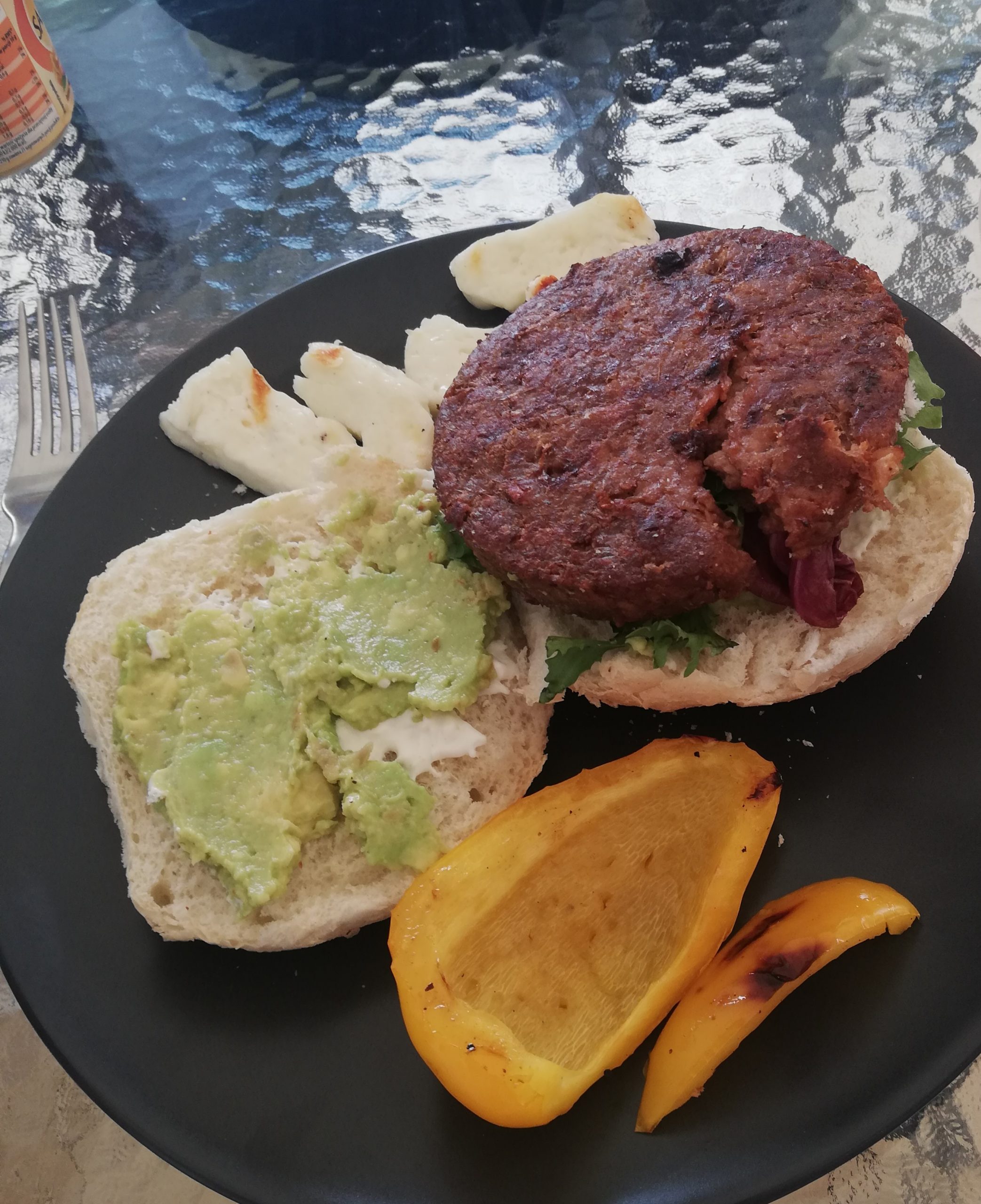 Reducing meat consumption and eventually becoming vegan is much easier in 2020 than it was before. Even ten years ago there were not many vegan options on the shelves and products like almond milk or tofu seemed exotic since they could only be found in specialty shops with Asian products.

“I was vegetarian my entire life and at one point I decided to go vegan. Mentally it was easy but the whole world seemed to be against me. Imagine that in Poland in 2010s there were no dairy-free products and people still assumed that vegans only eat salad leaves,” said Sabina, who has been vegan for the past nine years.

Nowadays, to adjust to the customer’s demands, many restaurants decided to supply their menus with plant-based options, because of this some vegan products became mainstream and people love them no matter their dietary preferences- tapas with hummus or veggie burgers and tofu became a part of the ‘going-out’ culture; the trend for eating more vegan food while out is not going anywhere.

For vegan brands, Veganuary is a chance to increase sales without spending extra on marketing. January is a month when many people enact their New Year’s resolutions and they look for healthier dietary options while shopping for groceries.

Many supermarkets recognised this pattern and decided to display all its vegan products on one shelf, usually at the front of the store, to make making ‘better choices’ easier for their customers.

For vegan brands, Veganuary is a chance to promote their products among non-vegan consumers, since they get more exposure and everyone passing by the front shelf with their products displayed is a potential new customer.

Mindful Chef, a health-focused food box company, offers £10 discount and free delivery for first two boxes, to encourage more people to take part in Veganuary. Violife, a company producing dairy-free alternatives of cheese and an official sponsor of Veganuary not only offers a wide range of vegan recipes, but also sends daily newsletter with tips and words of motivation to make Veganuary easier for its participants. 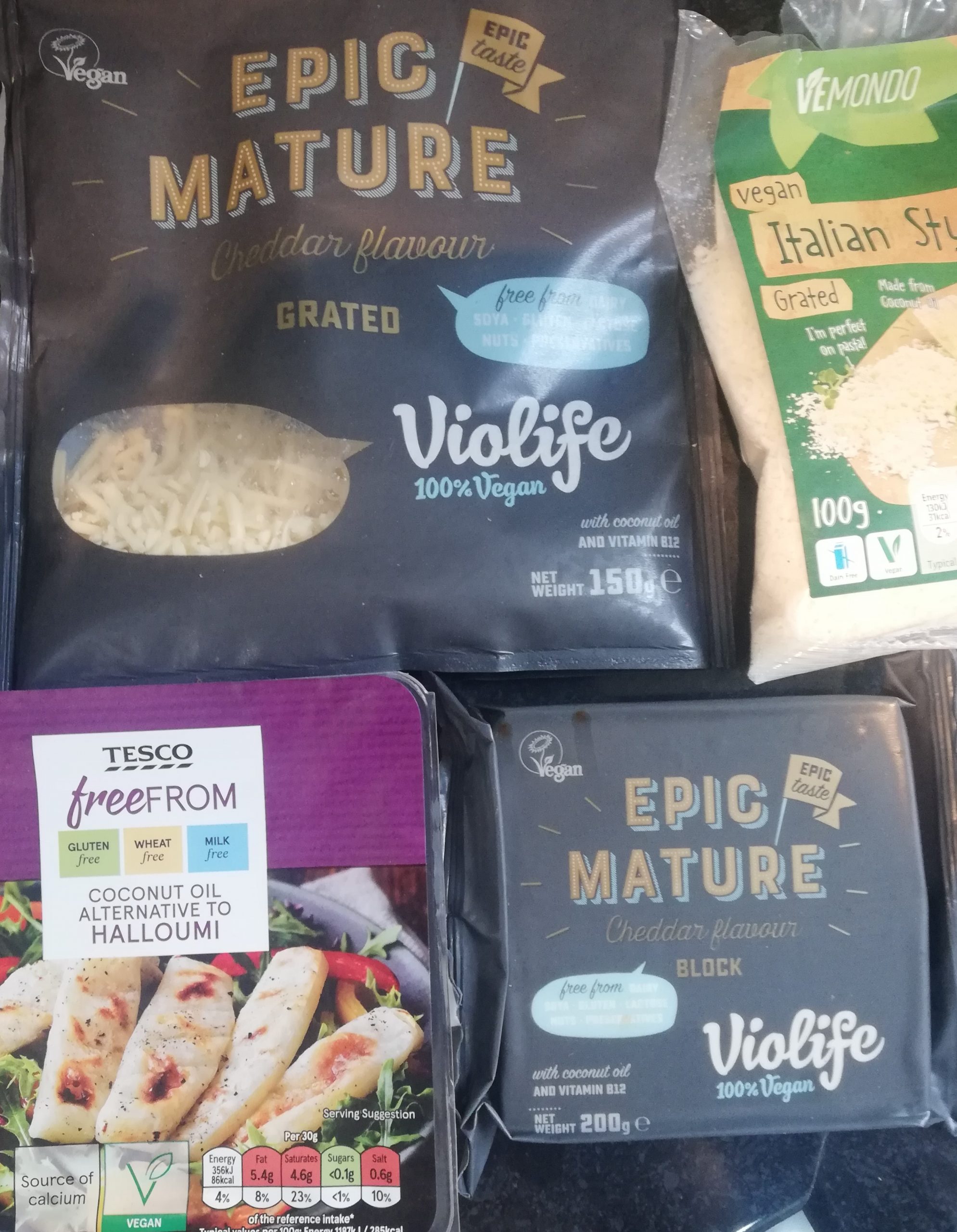 Even though there are more and more vegans in the world each year and more people are aware of the benefits this type of diet can offer, not everybody is keen on the idea of Veganuary.

“When I first moved in to my current flat, I was the only vegan there. Now two other girls became vegans and one is a vegetarian. None of them needed Veganuary to make that change, they saw how I cook and decided to give it a try. If you really want to make a change in your diet, I don’t think you need a set date like first of January to do it, any other day is good,” said Karolina, a vegan who is skeptical of the relevance of Veganuary.

No matter when and for how long, going vegan or even reducing meat consumption will be beneficial for health and for the environment. Those who already decided to change their way of life do not need Veganuary to do so, but those who are not sure, do not have enough knowledge or need some more guidance and motivation can take it as an opportunity to get more education on the subject.

Changing one’s diet is a process. It is not easy or straightforward and many factors must be taken into consideration before making any drastic changes. Going vegan only works if there are no medical contraindications to do so.

To avoid unwanted consequences, it is highly recommended to get blood tests done and consult the results with either a GP or a dietician before switching to a plant-based diet.