March 2020 is a month that for most people will be noted in their lives as the start of a long, uphill battle against the coronavirus. Now, after many lockdowns, uncertainty and restrictions on our freedom, many people have turned to a furry best friend for comfort and support.

For many people, having a dog means having a friend, someone to talk to and love, and with times like these with the nation being thrust into our third national lockdown, many people are buying puppies to help get them through mentally.

Having a dog also means that the allocated daily exercise has a purpose. Dog lover Leslie Losleben claims that “just simply walking with a dog is both rewarding to human and animal.”

But are these lockdown puppies coming at a price higher than just their monetary value?

Back in March 2020, a huge surge in pet buying took place. According to a study conducted by the University of Birmingham, Battersea Cats and Dogs Home “re-homed 86 dogs and 69 cats in just one week in March, twice the number for the same period in 2019.”

Similarly, the Dogs Trust reported a 25% increase in rehoming during early lockdown and the Kennel Club reported that searches for a puppy on their website increased by 53% through February and March 2020, with the sharpest increase occurring during the week before lockdown. 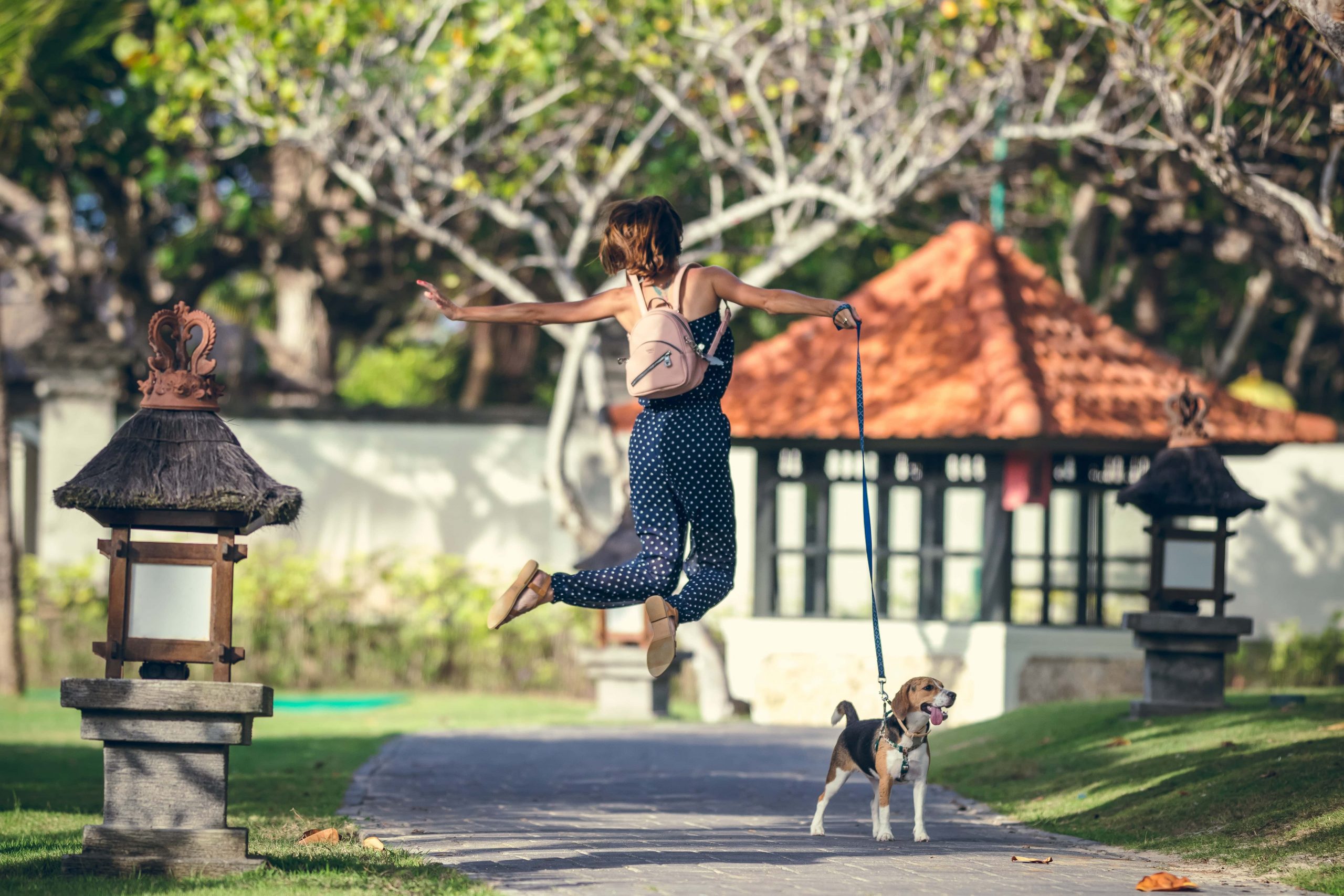 Prices for puppies have almost tripled in the UK since the start of the pandemic, and the demand for puppies is still at an all time high. However, Battersea Dogs and Cats Home conducted research that suggests ‘nearly a third of new pet owners bought an animal on impulse, in or around lockdown.’

The chief executive of the dogs home said that “The animal welfare implications resulting from this year of extreme challenge could be profound.”

Many people have even taken to social media to write about their lockdown puppies, with Matthew Gould writing: “I have become a walking lockdown cliche. In the last 24 hours my wife has cut my hair, I’ve baked banana bread and we’ve got a new puppy,” alongside a picture of the adorable pooch. Another twitter user @thebakedgy felt that “a puppy would make lockdown so much better.”

The RSPCA put out a statement from their chief executive Chris Sheerwood, highlighting concerns for ‘lockdown puppies’ and expressed his concerns that a rise in puppy farming could be a repercussion of the increasing demand of a puppy pal: “We have seen a rise in people searching for dogs to adopt during lockdown, which is fantastic, but at the same time, there appears to be a rise in people looking to buy puppies,” the statement said.

“We know that there are not enough puppies bred in the UK to meet the demands of those who want to buy them and worryingly, there appears to be a surge in puppies coming in from outside the UK,” Sheerwood added.

“The problem with this is that, although breeders from countries like Romania are licensed, we have no way of checking the conditions those animals are being kept in and we fear that sales like these could be fuelling cruel puppy farms as well as exposing puppies to long and stressful journeys.”

The RSPCA also states that ‘the number of people looking for puppies online during recent months soared by 650% and imports of dogs doubled: “The charity have urged people to adopt pets, opposed to buying them.”

Linda Dawson bought a puppy during lockdown and spoke to me of the trials and tribulations of getting a ‘lockdown puppy’. Linda got her Zuchon (Shih Tzu/ Bichon Frise cross) back in the first lockdown.

“We have three cats but they don’t have the same close relationship as a dog has with its family. No regrets with our lockdown puppy, she’s been a great distraction and improved the mental health of me and my son, though many thought a dog would be too much for us.” 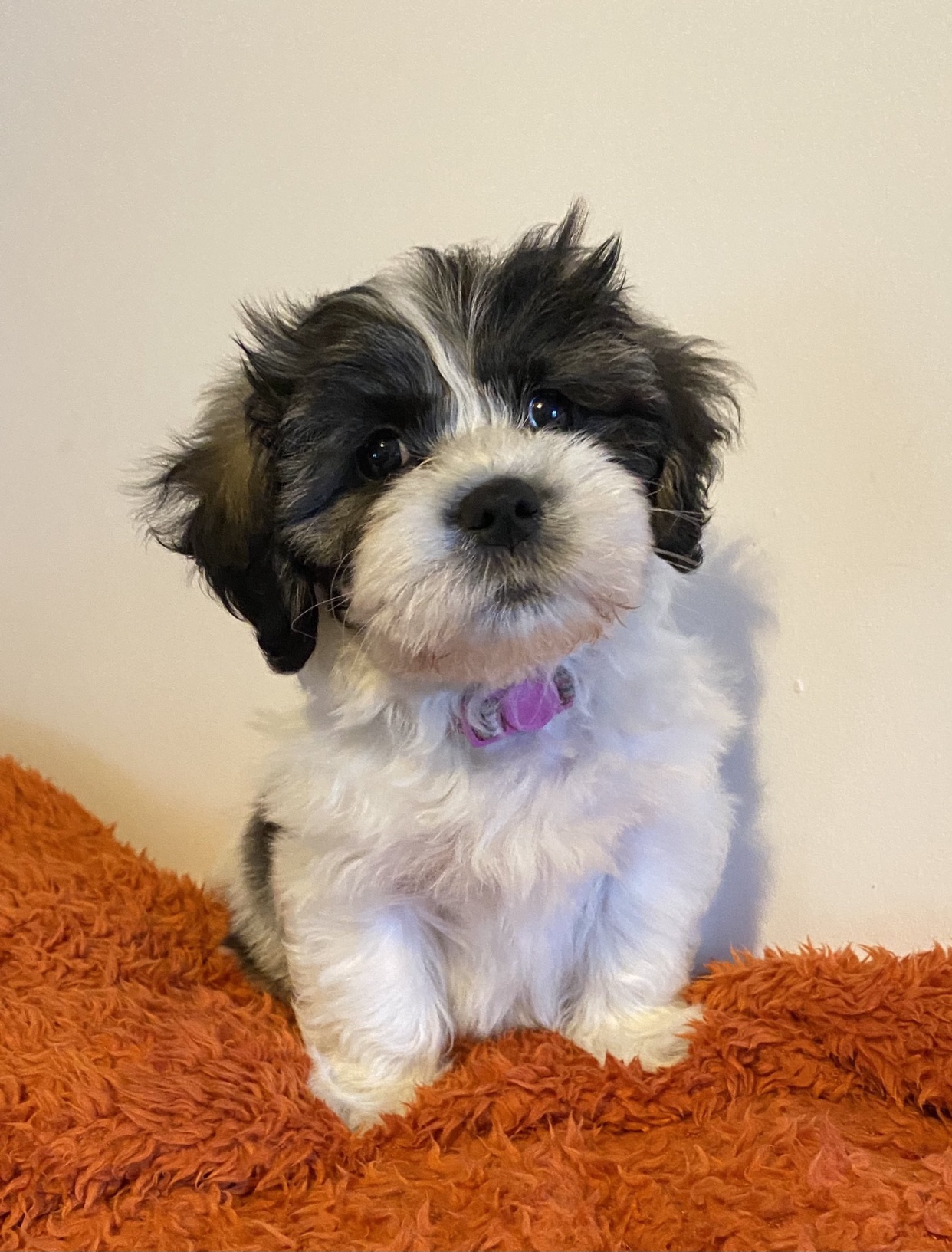 Linda went on: “It’s like having a baby all over again!” When asked why lockdown was the right time to get a puppy, she said that her and her family were “planning on getting one two years later (when my son was starting high school) but lockdown seemed the perfect time to settle in a new puppy as we were at home a lot more than usual.”

The price increase was experienced first hand by Linda and the inflation she has seen has been extreme “Vera cost £750 in June, then the same breeder was selling the same breed just before Christmas for £2400. My friend’s dog has just had pups and she’s keeping it secret as she’s worried they might get stolen.”

Linda felt that the increase in puppy prices was down to people wanting to resell dogs for a cash profit.

“I’ve heard the prices have risen online, so if the breeders don’t increase their prices people will buy them cheaper and re-sell them on the internet and ethical breeders won’t have any control over who gets their pups. Who knows if that is really the case though.”

Getting her lovely puppy Vera has really helped Linda get through these uncertain times, “I get anxiety and depression and lockdown has made them so much worse. My son is an only child, so can feel a bit lonely.

“Vera has been a great distraction for us both. Having to walk the dog means I have to get dressed and leave the house every day (which has been a struggle some days). Although my son is not so keen on dog walks when it’s cold, dark and raining, the fresh air and exercise has helped.”

Whatever the reasons for buying a puppy, during a pandemic or not, it’s not a decision not to be taken lightly and a puppy takes a lot of time, commitment, patience, love and care to look after.

Not to mention the financial implications that come along with having a new furry friend. However having a puppy is extremely rewarding and many have found comfort in having a dog to talk to and love in isolation.

It’s also quite refreshing how obliviously happy dogs are through this whole ordeal!

Foraging is here to stay: from prehistoric times, to 2012 and today

By Advika Reddy
8 Mins read
Through an expedition and conversations with experts, we find out why 2012 saw a boom in foraging and why it lives on today.
FoodVideo

By Stella Schmieder
1 Mins read
Insects might be the future of dog food. We spoke to Sabrina Jaap, co-founder of Tenetrio, to discover how these new-age treats are ethically made.
Life