The maternal mortality rate in Guatemala is 140 per 100,000 births. Among these statistics provided by the United Nations there is also the harrowing finding that more than 4,000 girls aged 10-14 give birth every year.

In the name of faith, how much are the Guatemalan people prepared to put our children through for the survival of unborn babies, and can it go hand in hand with being an advocate for women’s rights?

Some people seem to think it can. Despite these agonising figures, Margarita Alonzo is, in her own words, a “pro-life feminist”. She founded Todos, a political party that promotes the importance of women’s leadership through education and reform.

After a successful career as National Secretary for Science and Technology, she finally decided to leap into the world of congress. Her passion for political work is owed to her “love for numbers”, coupled with the realisation that few women have leadership roles; “our colour is purple. This is the colour for women,” she says. 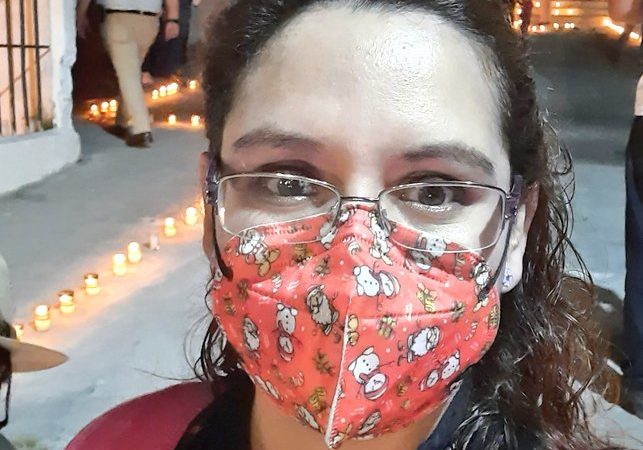 Margarita Alonzo was recognised by Vital Voices, a global partnership that invests in women’s leadership

Her energy glows even though the limitations of a slow internet connection are evident. She believes in her own voice. She seeks to represent a part of society that is otherwise misrepresented and discriminated against in the absence of historical reform. It’s a voice that isn’t often heard, as the concept of women in politics remains controversial; traditional ideals overpower progression in many areas of Central America.

This deletion of female influence, merged with strong and unwavering Christian moral codes has a direct impact on how many babies are being born. According the the CHC (Guatemalan Commission for Historical Clarification), approximately 2.38% of every single reported humans rights violation corresponded with sexual violence, but abortion still remains illegal.

In what world would this make sense, apart from one which causes detrimental harm to its citizens? When asked on Alonzo’s stance about abortion coinciding with the possibility of rape and other forms of sexual coercion, she responded with the same justification as every other typical pro-lifer; that unborn babies should be treated as live human beings.

“For me, to be a feminist is to work to reduce the gender pay gap, have the same opportunities, break barriers for women and fight for women’s rights, that includes those who are vulnerable as unborn baby girls,” Alonzo tells us.

“We should strive to stop abuse in general. Victims need support and effective policies in place to help them with economic, emotional and health aspects. We need to give them other options such as adoption programmes. When we force two traumas on a baby, rape and abortion, that’s not fair.”

These surface level opinions on human life are, and should be, easily and strenuously challenged. It’s difficult to ignore the fact that there doesn’t seem to be much in place to protect the wellbeing of women, and even the toughest of hearted might be shocked to hear that it wasn’t until 2014 that Guatemala’s first ever sexual slavery case had reached a judicial court, marking it a historical moment.

It was the result of a 36 year Guatemalan civil war, where women were “systematically raped and enslaved by the military”.

What’s more worrying is that women in Guatemala can go to prison for up to four years for “abortion by negligence”, meaning miscarriages are met with animosity; rather than the emotional and physical support needed after such a trauma-inducing experience.

This abortion bill also suggests that “freedom of conscience and expression” can be used to encourage non-heterosexual relationships, giving us insight into how pro-life movements can also be inherently homophobic.

Alonzo’s ideals are not absent of flaws, but there is still something admirable about her dedication to what appears to be a fun albeit daunting career in politics.

Guatemala achieved democracy in 1986, women were not considered citizens thus given the right to vote until 1945; the short period of time between then and now makes it all the more perplexing as to how and when certain measures need to be taken in order to ensure the overall autonomy of women’s bodies and spirits, going beyond abortion politics and seething into an array of some other pretty sinister topics.

Domestic violence is, unsurprisingly, among the most prevalent of sociological issues in Guatemala; with 759 women having died of domestic violence in 2014, it means that this conservative territory sits within with those ranked highest among the entirety of the world.

But this violence against women extends beyond people’s personal lives, beyond coercive control; at least on an interpersonal level. It is politically charged. Alonzo says that she has put off having a baby with her boyfriend for this very reason; they are family planning according the electoral map.

“It would be too dangerous. I would die! Most of these women are victims of political violence, not in the party or workplace, but in their local communities because people aren’t used to women being in powerful positions. Women usually stay at home,” Alonzo says.

Unfortunately, it’s a story we know all too well. When Jo Cox was murdered by a right-wing nationalist in 2016, the United Kingdom went into shock; more than £2 million in collected funds had been raised and thousands of people attended Trafalgar Square to pay tribute to her death.

Violence against women is prevalent in all parts of society, it’s persistent and it’s vicious; only we as a nation seem to be more adverse to it because liberalism has become the foundation of our rhetoric. Alonzo’s passion for her cause is fundamentally crucial for the advocation of women’s liberty and involvement in current affairs, and it is a passion that all of us can learn from:

Firstly, Alonzo is aware that equal opportunity for women in congressional roles should always suggest steady drops in violence and crime. “We are developing a manifesto to reduce the violence against women in politics. Only 3% of women in Guatemala are mayors, we need to change that,”

Modesty seems natural to someone so successful in her own right, “I was a Scientist who joined a career in politics. I think this made it less complicated for me to have a seat on the national board. People respected me for my academic credentials, I started out by helping with statistics and numbers. They didn’t like numbers, I did.” 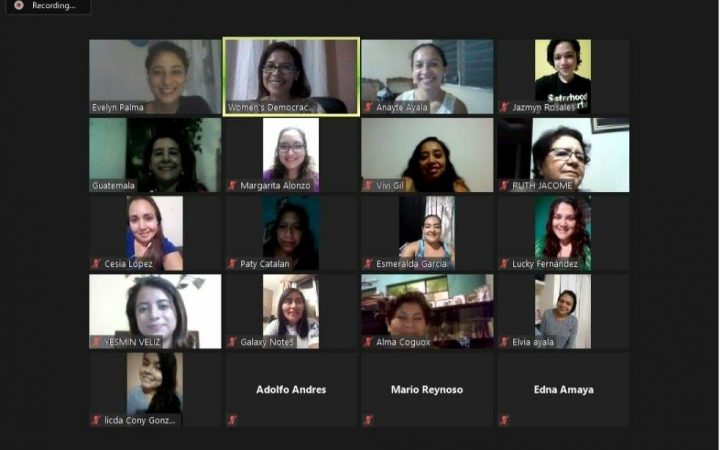 The corona virus has just given Alonzo new ways to work, she continues to collaborate with aspirational and dedicated women [Margarita Alonzo]

Indeed, all opportunity begins with the integration of a balanced, accessible and reliable education system but less than 30% of girls from indigenous areas in Guatemala are enrolled in school. 26% of those are still enrolled in education by the time they are 17, and teacher training is both rare and not of very high quality.

But Alonzo has put together a strategic training programme within her political party for women who want to gain faculty in their political careers; her project is not solely, but generously focused on developing leadership skills for women by training them in electoral law and how to become candidates in elections.

“Our main obstacle? It’s the fact that the media tend to invite male experts to talk about Guatemalan culture, and not women. We’re not visible,” Alonzo confirms. That being said, she’s not so sure that grassroots activism is what works best, rather; a step-by-step approach to gender parity being the ideal. She thinks that working from the inside is most effective.

“We are communicating with congress to reform two things in electoral law. That is progressive quotas for elections, starting with 25%. We then want complete parity after four elections. Seats for women in political party boards; local, state and national level.”

Sandra Moran is a lesbian Guatemalan activist and was the first openly gay politician to be elected in congress. She was mentioned to garner an understanding of just how accepting Alonzo’s religious ideals can be, in spite of its typical adversities to homosexuality and more.

“I know Sandra because she is a member of a handful of women’s organisations in civil society. I respect her. She was open to discuss things even if we didn’t agree on some points. She had to fight twice, for being a woman and a lesbian,” Alonzo said.

“It’s unfair because no one should discriminate against you for your private life or your personal decisions. We can’t judge and discriminate LGBTI people, we must respect everybody.”

Guatemala still seemingly strives on an exaggerated machismo surrounding religious concepts, but grassroots activism has enabled women like Moran and Alonzo to get to the heart of what it means to be a modern female in a traditionalist, slightly orthodox world.

Alonzo’s stance on abortion remains, but she is open to discussion and offers her perspective with gentle gratitude. “I am a democratic christian, I am a humanist. The human being is the focus of all my political action. To protect and defend human dignity, this is our main principle. That includes fighting against discrimination. It means tolerance for all beings.”