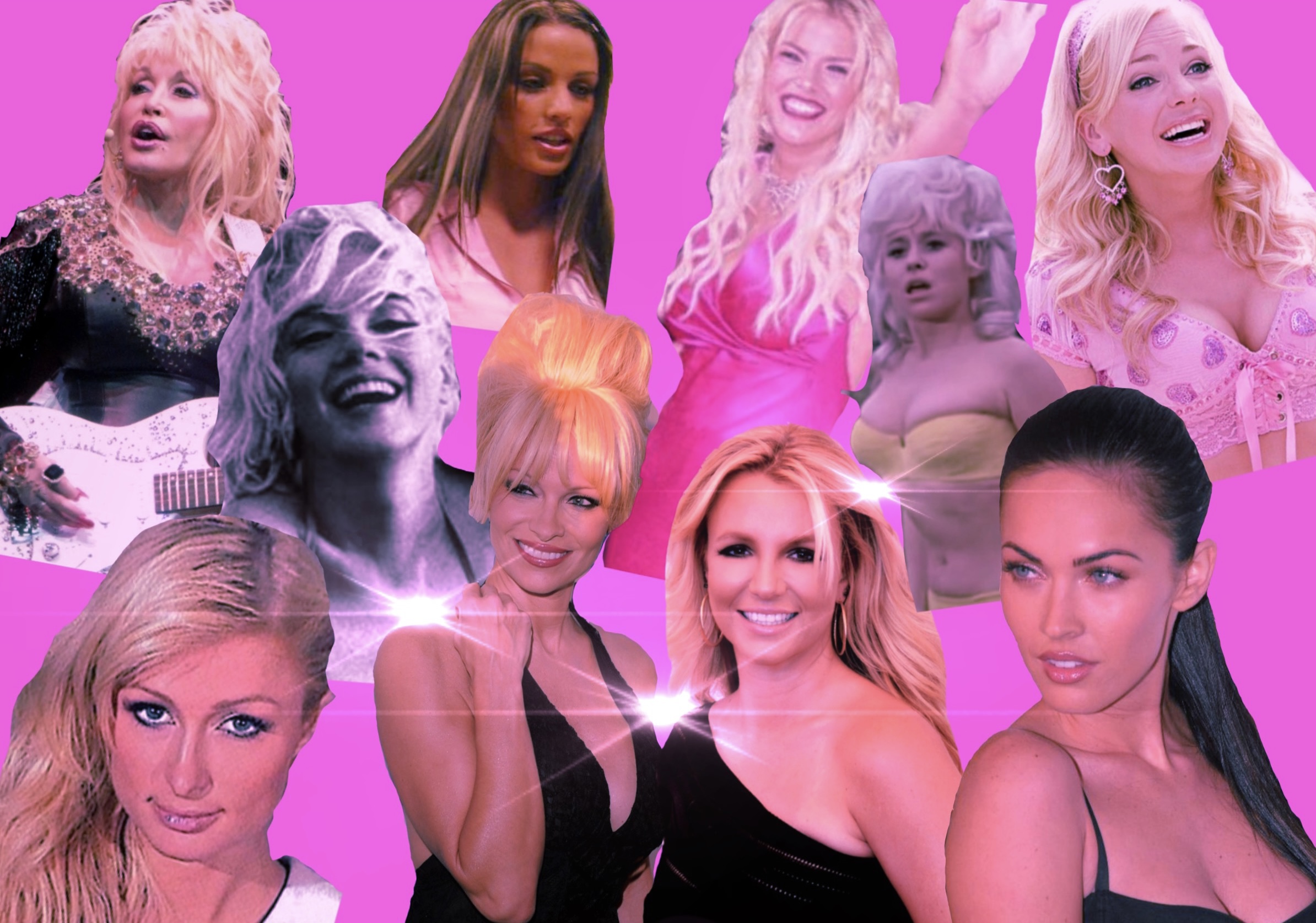 If you grew up into the early 2000s, chances are you remember the absolute vilification of Paris Hilton and Nicole Richie in the tabloids. Their hyper-feminine aesthetic and ditzy personality were ridiculed and mocked all around the world.

The word ‘bimbo’ was constantly used to criticise them, and any other women who were usually blonde, skinny and seen as ‘dumb’. Dolly Parton, Megan Fox, Jessica Simpson and Lindsey Lohan were, all in their own way, ridiculed for being a ‘bimbo’.

Today though, a new TikTok trend has seen the word reclaimed by a new generation.

I’ve recently had my hair done in the style of TikTok user Bimbogoth. I walked into the hairdressers, and shamelessly showed my hairdresser a picture of her and completely copied her because the TikTok bimbo trend has even swept me up.

But why has the new-age bimbo trend taken off so quickly?

A big theme of the new-age bimbo discourse is complete lack of prejudice against others, unlearning internalised misogyny and massive hatred for Trump. The trend is completely intersectional. There are lesbian bimbos, male bimbos, non-binary bimbos. The term “bimbo’s, himbo’s and thembo’s” is plastered across TikTok. The diversity of people engaging with the trend could be one reason it is so popular with a Generation Z audience. It aligns with a lot of contemporary popular moral standings.

The word ‘bimbo’ was originally taken from the Italian masculine noun for baby and formerly referred to foolish men (meaning himbos were the original bimbos). Jean Harlow and Marilyn Monroe form the bases of what we now call a bimbo. The stereotypical features are a curvy figure and platinum blonde hair, with over-sexual and ‘dense’ personalities.

TikTok user Chrissychlapecka is very prominent on what has become known as ‘bimbotok’, and she describes the new age bimbo as “a radical leftist, who’s pro-sex work, pro-BLM, pro-LGBTQ, pro-choice and will always be there for her girls, gays and theys.” She also proudly tells us that “I don’t do this for the misogynistic male-gaze, I do this for my gaze! And damn my tits look good” and finishes the video off with her acting out stepping on a Trump supporter.

The phenomenon of TikTok has been felt all around the world. The app now has one billion monthly users as of January 2021, increasing from 680 million in November 2018 according to Wallroom Media and the brand’s target audience is quoted as anyone between the ages of 13 and 40.

“I kept thinking about the different things I would change about others’ content. I would see a video and see someone actively messing up their massive platform with bad content. It seemed so obvious to me, and I realised I wanted to make videos. So, I studied the patterns of growth with creators I love and eventually felt confident enough to start posting,” Gwyn said.

“Honestly, it was the kind of vibe [new-age bimbo] I always wanted to have, but I was too afraid to do it because I’m fat. And that’s so lame. I realised that during quarantine, so I decided to take the time to reinvent myself.”

The brand’s massive reach could have contributed to the emergence of many new subcultures, including the ‘new-age bimbo’. Tiktok set up its ‘creator fund’ which means once a user gets over a certain number of followers and likes on their profile, they begin to be paid for their content. This has allowed the app to have a lot of organic content on its platform and cement a relationship with influencers.

“I think the movement of the new-age bimbo is about being aware of the issues in society and working towards change. When it comes to communism, we constantly promote the destruction of capitalism because capitalism has held us all back somehow. They [the new age bimbo] hate capitalism, they accept all body types and all genders, and they are materialistic but probably pretty broke,” Gwyn told us.

Inclusivity is something that is echoed around the ‘bimbotok’. Throughout Gwyn’s profile, she discusses size-inclusive fashion brands, with creators involved in the aesthetic not strictly the skinny, blonde, white stereotype. Bimbotok welcomes everyone. Gwyn is Jewish and often creates videos about heritage. In one of her videos, she says “I have a Hello Kitty switchblade, and I am not afraid to fuck up a Nazi.” I think everyone can agree that that’s pretty badass.

The historical hatred of any women described as a ‘bimbo’ originates from our patriarchal society deeming anything too feminine as stupid and without depth. The ‘new-age bimbo’ trend confronts this internalised misogyny. If you are a late 90s or early 2000’s baby, you will have internalised misogyny elements within you. This is because we were brought up with films like Wild Child and Angus, Thongs and Perfect Snogging where we see the bimbo-esque characters demonised and their brown-haired, ‘girl-next-door-esque’ counterparts celebrated.

The ‘new-age bimbo’ and ‘bimbofication’ trend undermined a year of stereotyping that the patriarchal society has projected onto women. The countless young people creating videos of showing themselves going through the process of ‘bimbofication’ is a new way people are reclaiming hyper-femininity and turning the pre-conceived notions of what a bimbo is on its head – and that’s hot!

Perhaps the perfect synonym for the new-age bimbo can be explained with Paris Hilton’s recent documentary This Is Paris in which she suggests that her over-the-top persona stems from finding a way to cope with her trauma. At the time, the tabloid media took this intelligent, attractive and complex young woman and fixated on her looks and infamous antics and chose only to see the surface.

Underneath the mini skirts blonde hair, Paris played the tabloid media at their own game by acting up to what everyone has already assumed she was, whilst being a very different person inside. The new-age bimbo aesthetic mimics this by showing how truly ridiculous it is to put someone in a box just because of what can be seen on the surface.

Each new generation finds its own way to upset the status quo. In turn, this always met with the upset of people who prefer things just the way they are.

Along with the flurry of kind comments under any new-age bimbos videos, there are also aggressive and usually anonymous accounts commenting their hot-takes on why a woman owning her femininity and “dumbness” is in fact making her look stupid and shallow.

The users don’t realise the irony in their outrage because they’re feeding into one main purpose of being a new-age bimbo: upsetting misogynists.

The ‘new-age bimbo’ acts out the caricature of the stereotypical bimbo, whilst actively trying to be the smartest person in the room.

It’s a fresh and fun way of making a mockery of misogyny. They’re fashion-forward, existing right at the intersection of tacky and luxurious.

And the community is just growing and growing.