Animals are eight times more likely to feature as a protagonist in children’s literature than a non-white child, uncovers a recent study by the Centre for Literacy in Primary Education (CLPE), raising concerns that this humanisation of animals is dehumanising non-white children.

The report also highlights that although 33.5% of children of school age are of an ethnic minority origin, only 5% of children’s literature features main characters from a non-white background. Although this is up from the 1% figure seen in 2017, the disproportionality of the way our classrooms look, to the literature children are consuming, raises questions about what is going on in the publishing industry?

Award winning children’s book publisher Lantana publishing are striving to diversify children’s bookshelves in a way that celebrates difference. “We are an all-woman and diverse team,” says Katrina Gutierrez, their chief communications officer.

“More than 50% of our authors are authors of colour, moreover, environmental sustainability is important to us, and we are making a conscious effort to embed sustainable practices into our production and supply chains.”

There are a plethora of reasons why we see these disparities with studies finding barriers ranging from gatekeeping, marketing, positions of power and the overall mechanics of the publishing industry throwing countless hurdles at those who deviate from the stereotype of what a ‘reader’ is.

“The publishing industry is predominantly white and middle class and, as a result, that is what is reflected in children’s books,” says Gutierrez. “This tends to dictate the choices, not only of publishers, but of gatekeepers such as, librarians, teachers, booksellers, reviewers and so on.”

The report Rethinking Diversity by Spread the Word, studies not only why people of an ethnic minority background aren’t getting top paid roles but the quality of their experiences within the publishing industry.

Its feedback suggests that whilst assumptions about audiences was a huge contributing factor, it was only the tip of the iceberg, and following extensive research into ethnic minorities and the barriers they face in publishing; other findings include that the authors are undervalued by publishers both economically and culturally. 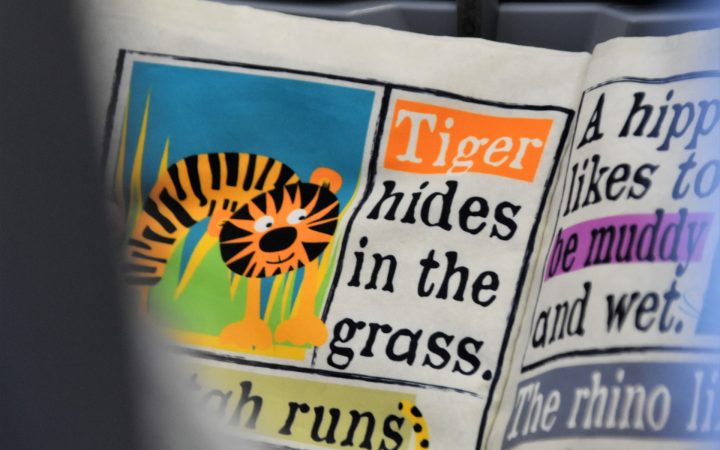 Another quote suggests that publishers do not think that books with a non-white protagonist will perform well commercially, as one respondent, a white female editor said: “I’ve been in meetings where a book [by a writer of colour] might be perceived as niche. I have heard my managing director, my then MD, who is still in a senior role in publishing say, ‘We can’t put a black girl on the cover of a book because it won’t sell.’ And that is in my lifetime. And that was shocking to me then. And is still shocking now.”

Another respondent suggested that bricks-and-mortar bookshops can seem ‘exclusive’ to the non-white non-middle-class: “Bookshops, by necessity, are often in affluent parts of the country. So you got a skewed demographic, immediately. But even in areas in which the population has a demographic with >50% BAME, bookshops’ staff and audiences tend to be white”

Not only is it important to ensure representation in general, but the types of representation has a powerful role to play- especially in content targeted towards children. Gutierrez says that a healthy range of stories is important, rather than ’token’ diversity.

“Not just ‘issues books’ but also fiction, comedy, adventure stories, science fiction and fantasy, or everyday stories where children are having fun.”

“I knew there was more to being Filipino than they showed, and I longed to be represented.”

“This isn’t to say that issues books (for instance, biographies or works about the civil rights movement in America, or books about injustices) aren’t necessary and important, but if a black child only sees herself in certain kinds/genres of stories, then we may also be placing an unfair burden on them to carry the weight of that history.

“It’s something I certainly felt growing up as a young Filipino girl. The stories with Filipino characters always dealt with injustice and poverty or were set in rural areas. Although these stories were valuable, I knew there was more to being Filipino than they showed, and I longed to be represented.”

Children’s books play a crucial role not just in developing how they are seeing themselves, but are an important vessel in introducing difficult conversation about how we perceive and understand each other. With some studies suggesting that children are “most likely to have experienced racism by 13” children’s books can help dismantle microaggressions from a young age and increase understanding.

Dr Amanda Williams, senior lecturer in Social Psychology, explains that children don’t naturally form racial bias from a young age: “Young children are egocentric, they are at the centre of their own world and they think they are really good,” she said.

“People perpetuating micro-aggressions are typically bad at identifying them”

“For white children, this ‘love of self’ also extends to their social in-groups, so we say that young children also demonstrate socio-centrism,” and she explains that white children tend to show a preference for their own social groups and naturally perceive the world from their own perspective.

“What ‘POC’ children tend to do is a bit of a mixed bag, but they either show preferences for ‘white’ or no bias on attitude measures.” Williams suggests tackling out-group negativity to educate children on bias and micro-aggressions simply doesn’t work “because they don’t have any (negativity).”

In terms of why the industry is so late to diversify, Dr Williams says “it’s not malicious, it comes from cultural cues of whats ‘typical’.” She explains that in terms of poor and lack of representation- what we are seeing is micro-aggressions due to our prototypical representations of categories.

“People perpetuating micro-aggressions are typically bad at identifying them,” said Williams. “So even when stereotypes sneak through, it’s generally because the (white) authors are clueless about the implications and stereotypes associated with what they have done.”

In terms of making it the norm to consume and celebrate diversity, not just amongst ethnic minority children but everybody, Gutierrez recommends.

“The best and simplest thing to do is for everyone to actively seek out stories by authors who share a diverse range of lived experiences with readers. Read more, and read widely,” she says. “Not just for knowledge about other cultures and experiences, but for pleasure, for understanding and empathy.”

Williams says that books are powerful, and whilst the protagonist in these stories is important, diversity needs to be throughout the industry as a whole in order to make longstanding change.

“Stories have the potential to alter these cultural messages about what is typical in an exciting way, particularly because story and play is how (young) children learn,” Williams said.

“So for me it’s not only about who is appearing in children’s stories – which is very important and the UK is making movement here, but also who is involved in making them. Because if we diversify who is making them we are decolonizing the hidden curriculum”

Whilst there is some progress, albeit excruciatingly slow, Gutierrez believes that we have to be reminded that the publishing process isn’t as straight forward as we may assume.

“I think we also have to emphasise that publishing is a B2B (business to business) business. There are many gatekeepers in between us and the parent reading the book to their child, and they may have a different worldview or not even recognise there’s a problem with representation in the first place,” she said

“Steps are definitely being made. But change is slow in large publishing houses hampered by bureaucracy.At Lantana, we feel that it’s important to recognise that most of the conversation around diversity in the last few years has been around race and ethnicity when other areas such as disability, sexuality and class haven’t had as much attention, despite 18% of the working-age population in Britain being disabled.

“Our goal is to move in these directions as well because we want our books to reflect all kinds of diversity.”