When French secondary school teacher, Samual Paty, was murdered at the hands of a radical terrorist, France braced itself for what would happen next.

This wasn’t the country’s first experience with terrorism. With its recent stagnant record of terrorist attacks, including the Charlie Hebdo incident in 2015, France has been challenged with fighting homegrown extremism.

This resurgence in attacks by radical Islamists is resurfacing a brutal debate surrounding Islam, secularism in France and religious and racial discrimination at the core of Europe’s largest Muslim population.

Following the three attacks, Macron announces he’s giving the French Council of the Muslim Faith (CFCM) 15 days to produce a charter of ‘republican values’, which the CFCM’s members and affiliates are expected to comply with.

There has since been a call to boycott French goods and products by Turkish President Recep Tayyip Erdogan along with anti-Macron and anti-France protests in countries such as Lebanon, Bangladesh and Pakistan, where there is a high Muslim population. 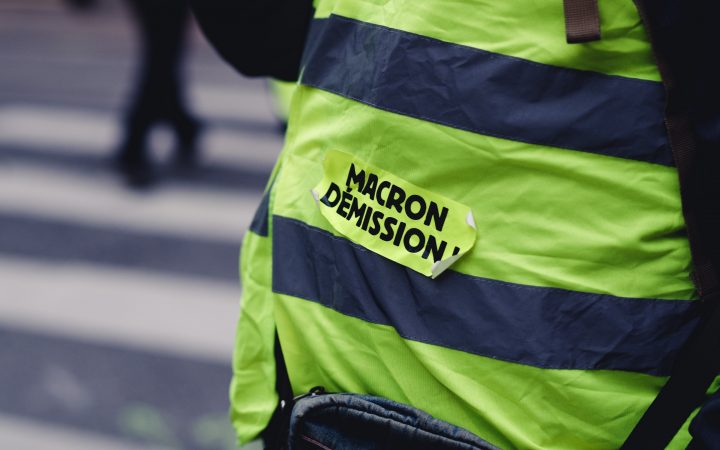 As Macron continues to search for allies to assist him in his political combat, the social effects of these attacks continue to directly affect innocent Muslims.

In late October of last year, two Muslim women were stabbed, a week after the killing of Samual Paty. As the two women sustained numerous knife wounds, the attackers were reported to have attempted to forcefully remove their hijabs, referring to the religious clothing article as, ‘that thing you have on your head’.

Having grown up in an upper-middle-class background and religiously diverse circle, Ami* told Artefact that she has never felt ostracised or been treated differently due to her beliefs, although she felt that the topic of religion “was never really discussed in my environment. It’s more of a private matter.”

This attitude is mentality ingrained in French society, and is protected by ‘laïcité’, a French law dating back to 1905. Under its constitution, France is a secular country, which means a strict separation of church and state; this includes the removal of any religious articles, including the hijab, in any state-owned building such as secondary and primary schools.

In late September, Anne-Christine Lang, a member of La République en Marche (LREM), walked out of a National Assembly hearing.

A veiled student was present in the room.

“As a Member of Parliament and a feminist, committed to Republican values, to laïcité and women’s rights, I cannot accept someone who enters a National Assembly hearing wearing a hijab, which for me remains a mark of submission,” shared Lang later on Twitter.

When a clip of Imane, a 21-year old hijabi food blogger, was posted on BFM TV’s Twitter page, nobody expected that the video about cheap meals for students would become a controversial topic.

Not only did it trigger attacks and insults from far-right trolls, but was quoted by Judith Waintrub, a journalist for Figaro magazine. In the quoted tweet she wrote, unprovoked, “September 11” referring to the 9/11 terror attacks in the US.

“I don’t wear the hijab, but a lot of my cousins do, so I feel scared for them,” says Ami.

Zara*, is a 26-year old black Muslim from France. As she begins to wear her hijab full-time, she finds that being both French and Muslim can be a bit more challenging.

Many make comparisons to other countries such as the UK, where religious expression isn’t policed by the government. In fact, there are approximately 184 Islam-faith based school across the UK, 28 of them being state-funded.

“It’s way more difficult to live as a Muslim in France. The veil is not allowed in public schools and I believe that they [French government] will try to enforce a law so that it is also banned in Universities.”

Soon after the recent attacks in Paris and Nice, Macron’s efforts against terrorism has been felt throughout the Muslim communities across the country. He has announced measures to tackle what he called “Islamist separatism”; included in these measures are:

Following these announcements, Islamic charities are facing dissolution, including the Collective Against Islamophobia in France (CCIF), a charity which targets expressions of hate against Muslims.

“I feel like in handling this issue he stroked the ego of the French far-right and played into their demonisation game of Islam. He could have firmly condemned the crimes and promoted the value that is laïcité in France and at the same time not throw under the bus the peaceful Muslims going about their day,” says Ami.

“I feel like the France I grew up in and the one I’m seeing are not the same and it’s a hard feeling to reconcile.”

* Names have been changed at the interviewee’s request