Carl was given a 16-year life sentence in 2004 for joint enterprise murder.

This common law, which dates back to hundreds of years, was reset in February 2016, but it meant that the seemingly kind-hearted man, who sings about world peace and spreading happiness, would serve a majority of his life in jail, just by simply being there at the scene of a fatal stabbing.

He spent his summer locked up and touches on the seriousness of Covid-19, having seen the dangers of dancing around the rules first hand.

Though not officially diagnosed with Covid, he had developed symptoms such as a headache, loss of smell and taste shortly after his release. “I put myself in self-isolation to combat it and keep my neighbours safe,” he says.

Carl was held an open prison, Standford Hill, meaning that his time in jail consisted of much more privilege than what you would find in a normal one. 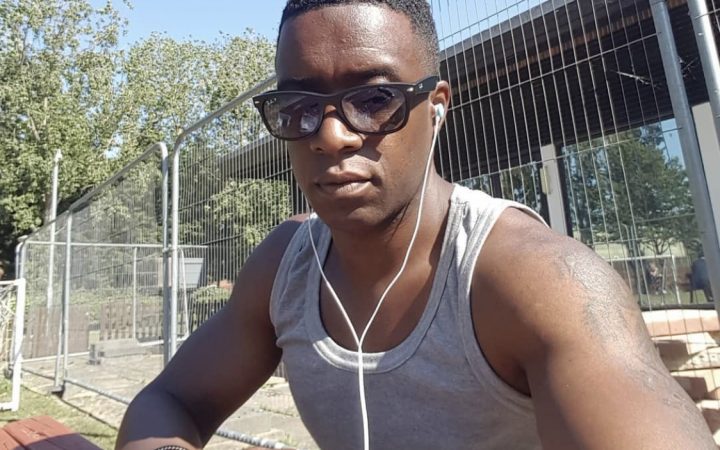 Open prisons very much drive on the ethos of rehabilitation as opposed to punishment. Carl was eligible for  release on a temporary license (ROTL), meaning that he could often go home and spend some time with his family on special holidays.

He worked as a chef in the local prison café on the Isle of Sheppey, and life was beginning to look more promising as the gap between then and his release date would narrow on his calendar.

Still, Carl had issues with how the prisons worked around the pandemic and what it meant for others. “They should have locked down fully, instead of letting people go out to work because it was mixing everyone up and putting us all at risk,” he tells us.

According to public documents, there have been 44 deaths among HM Prison and Probation services since the beginning of the pandemic, 23 of whom were prisoners.

“There’s some serious overcrowding in the prisons. Especially now, there’s a pandemic. I think that anyone with four to six months left on their sentences should be given an early release. It would free up space and resources within the prison system.”

A further 540 prisoners or children tested positive for the virus, and it was spread across 86 establishments. Temporary Covid-19 release schemes put in place has meant a total of 275 prisoners were told to go out into the real world early. There are 117 prisons in the UK and 28 official test sites.

“Their other option would have been to isolate the workers and not let them mix with the general population,” Carl tells us. He was allowed to go back to work even during a couple of spikes in the midst of the pandemic.

When I spoke to Carl before Covid for another story, he was a happy and courageous man; not somebody you would look at and suspect he had been in prison since a young adult. A gentleman with an adoration for his mum and daughter, looking forward to seeing them all on his birthday at his family home in London.

“Life outside of prison is good, but it’s difficult too. I am getting used to the fact that I am free yet still restricted.”

Then, coronavirus struck. The entire nation was in lockdown, and Carl’s birthday plans were scrapped. But he refused to let go of hope, and after getting his parole date in June, he knew that by September 15th that year, he would be out of jail for good.

“When I had that date, I was a man with a plan,” he laughs, reminiscing back to his time locked up. The 42-year-old now runs his own business, a barbershop, from home, offering mobile hair cuts for all types.

Hair by Roots has kept Carl positive, but it’s not the only talent he has; releasing various songs under the record label InHouse has also given him a strong and stable purpose.

It’s a record label entirely run by current and ex-convicts, and these are the programmes that should be put in place across various other prisons, not just in the UK but the entire world.

In the multi-award winning record label, Carl was promoted to team manager shortly after his release. He will get to lead industry-based workshops outside of and inside prison, and although the pandemic has obviously hindered this opportunity, it waits for him with open arms. 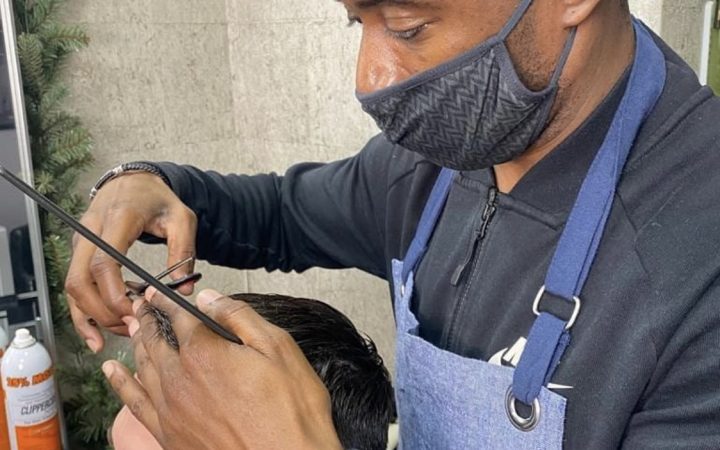 Carl has managed to keep his new business afloat despite the pandemic. [Instagram: Hair by Roots]

“It helped me stop being bored, and I was part of a community that I respected, and I was willing to do the work,”

Still, it’s not been perfect, and although Carl holds a shred of respect for the system, he is determined to use his voice by telling his truth about his experience during the pandemic.

“I hope that with the virus, the prisons put new rules in place, like more early releases. This is with the exception of paedophiles and rapists.”

He seems confident that early release is what will conquer a lot of issues that have already existed within judicial institutions for years: “This would undeniably ensure the safety of the vulnerable inmates and staff.”

Six months after his release, the Shaggy-inspired rapper feels free but admits it’s all bizarre. After another signature chuckle, he says that one thing he had been looking forward to the most was getting a drink down at the pub, but none of it has been possible since his release.

“Life outside of prison is good, but it’s difficult too. I am getting used to the fact that I am free yet still restricted.”