Like many others, I recently watched Framing Britney Spears. Like many others, I was left reeling after the documentary exposed just how much abuse and unfair vilification Britney has been subjected to at the hands of the tabloid media.

I’m old enough to remember the infamous head shaving moment of 2007, but seeing what led up to that moment made me feel extremely guilty for ever laughing at Britney.

However, the documentary does bring up the wider issue of how we as a society treat female celebrities.

The documentary shows that every small detail of Britney’s life is up for public discussion, from whether her breasts were “real” or not, to whether she was still a virgin – before this young women was even a teenager, every tabloid media outlet had fixated on her.

She stepped into the spotlight and a free-for-all began. Every piece of her was pulled in every direction. Every move she made was scrutinised.

She wasn’t seen as a person, just a piece of meat that chunks could be so easily ripped out of to sell stories and to push agendas. She was dehumanised, and she isn’t alone in what happened to her, but are we starting to see an end to this? 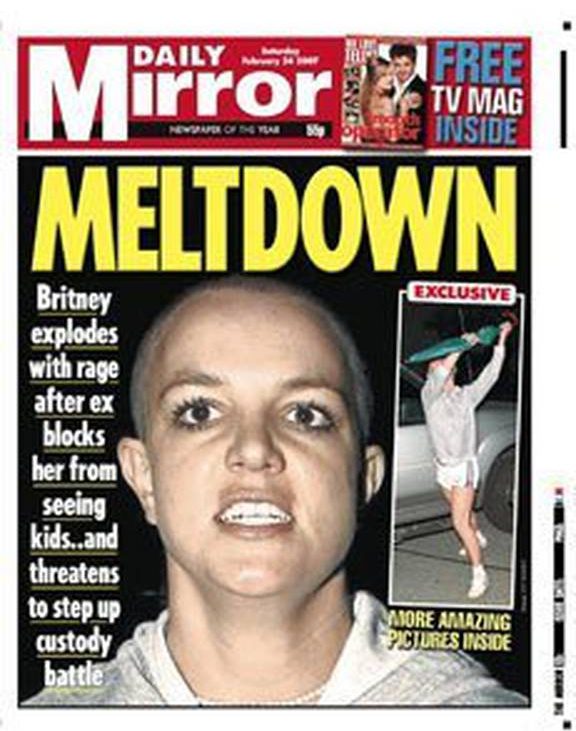 This past six months alone we have seen many female celebrities hit back at their treatment by the media. From Britney’s documentary, to Paris Hilton’s recent programme in which she mentions how the constant hounding of the tabloid media contributed to her negative mental state. The most high-profile instance of this is probably Meghan Markle’s tell-all interview with Oprah Winfrey.

Meghan’s relationship with the British tabloid media is an example of one of the most extreme witch-hunts we’ve ever seen. The difference is now, alongside the people who made Britney’s documentary and Paris, women are beginning to speak out against the way they are treated. Not so many years ago, the constant hounding of “hot topic” celebrities and salacious headlines were something to be accepted. If you wanted to be famous, you had to know this was going to happen, right?

A bit closer to home, we all remember the extreme rise and fall of N-Dubz member Tulisa. Her infamous “the female boss” tattoo and many other aspects of her look and personality quickly caused controversy.

The tabloid media branded her “Queen of the Chavs” a moniker literally meaning ‘council housed and violent’.

Her working class roots without a doubt contributed to the country and media’s instant dislike of her. Her career was destroyed after her former partner leaked a sex tape, and she was then caught up in a drug scandal.

While this all happened around 10 years ago, if it had happened now, the story may be very different.

No, and she probably never will, because we still aren’t at the stage where we hold the tabloid media accountable for their affect on peoples lives. 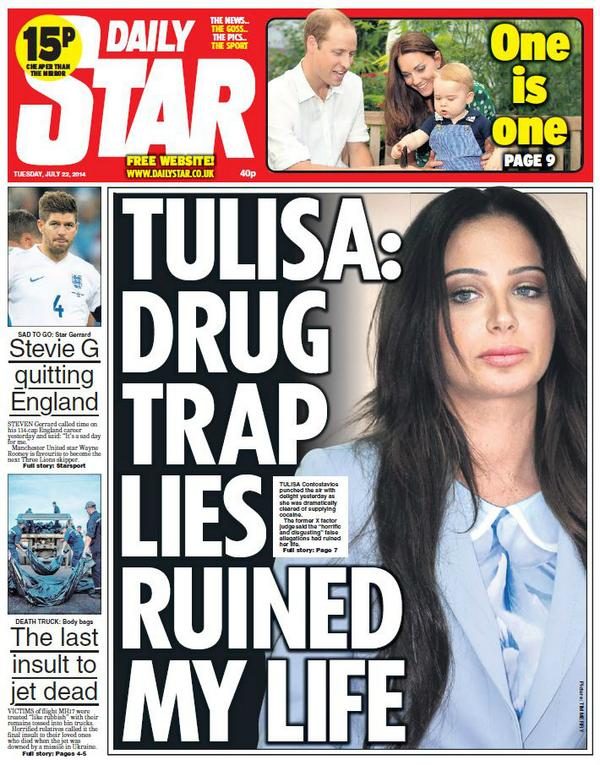 If every public figure that was caught up in a drug scandal was expelled from our lives, we probably wouldn’t have a front bench in our government, so why wasn’t this young woman treated with the same understanding and grace? Because female celebrities, especially those of working class backgrounds, are seen as disposable commodities.

As cancel culture has become a very real and powerful part of our society, many people have been forced to look back at how they once acted and reflect. It seems every other day people in the public eye, from celebrities to MP’s, are being called out for their past and present behaviour. Is it time we looked at the women who have been unfairly vilified by the media and accept responsibility for fuelling that fire? After all, no one could have sold stories on these women if we were not so desperate to read them.

Hopefully, we are becoming a more understanding and forgiving society, with the shame politics of the olden days no longer holding the same weight in people’s minds as it used to.

Behind every “meltdown” or “family shame” headline is usually a young woman trying to navigate a world where everyone thinks they are allowed an opinion on them.

And hopefully, the momentum of these brave women coming forward and standing up for themselves against their treatment doesn’t slow down any time soon.

By Rella Jefferies
4 Mins read
Frida Kahlo, the most celebrated Mexican artist, has been heavily misrepresented and appropriated following her death.
21st-century trends

By Lucy Pemberton
4 Mins read
The school curriculum is failing our children. Sarah Everard paid the price, how many more women will have to before enough is enough?