You can click on the interactive presentation, or read the text version below.

Whilst lidos, indoor pools and gyms had to shut up shop during the pandemic, people took to their local outdoor swimming spots – be it the sea, a lake or river.

In fact, recent statistics from Sport England, a public body dedicated to getting more people active across England, indicate that a staggering 3.7 million people partook in cold water swimming in the year to November 2020.

This is hardly surprising because not only does the popular activity have physical benefits – increased muscle strength, increased cardiovascular fitness, increased immunity and low impact on joints – it has myriad mental health benefits too.

Dr Mark Harper, an anaesthetist consultant at Brighton and Sussex University Hospitals and advisor for The Outdoor Swimming Society (OSS) who is well-versed in the mental health benefits of cold water swimming, gave us the low-down on them.

His first research career was in perioperative hypothermia – how getting cold during surgery is bad for you – and his PhD was all about how to prevent this from happening.

So, alongside Chris van Tulleken, Michael Tipton and Heather Massey, he rose to the challenge. 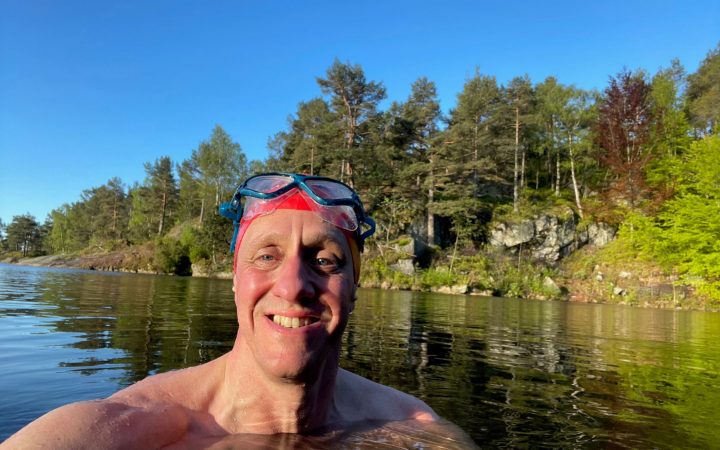 Together, in 2015, they conducted a study on a 24-year-old woman who suffered from anxiety and depression. She’d been on antidepressants since she was 16-years-old, and was quite withdrawn at the beginning of the study. But after a series of weekly cold water swims, she transformed into a happy, bubbly person. After four months of outdoor swimming, she no longer needed her medication. And six years later, she remains medication free.

“I’ve just written a book about this, so I contacted our research participant and she told me how she’s still medication free six years later,” Mark told us.

Looking at the physiological side of it all, stress affects a whole host of bodily functions, from our blood pressure to our immune system, nervous system, metabolism, digestive system, cardiovascular system, energy levels, and fertility.

Mark explained that immersing yourself in cold water stimulates the vagus nerve (the 10th cranial nerve that carries signals from the digestive system and organs to the brain and vice versa) and parasympathetic nervous system.

[pullquote align=”right”]“You genuinely forget about the world.”
Francesca Kopanycia-Reynold[/pullquote]After around six immersions, you’re pretty much adapted to the stress of cold water. This then transpires into everyday life, thanks to cross-adaptation, meaning your baseline level of stress and reaction to stress in everyday life is reduced.

He went on to explain that it comes with several other benefits, too: the community aspect, challenge involved and immersion in nature, which all add up to improving your mental health.

Francesca Kopanycia-Reynold, a 22-year-old former photography student from Bournemouth, can vouch for the benefits. With little to do during the pandemic, she decided to start going for morning dips with a friend at their local beach and they’ve continued their love affair with it ever since.

“And you genuinely forget about the world; when you’re swimming, you’re thinking about swimming, or staying warm, or not wanting to touch the floor, so you’re in the present moment,” Francesca enthused.

“Sometimes, you just need to throw yourself into things. Sometimes, you’ve just got to try something out before you realise whether you do or don’t like it. People are quick to say they’re scared of water, but it’s about adapting, overcoming and achieving.”

[pullquote align=”right”]“Almost anything is easier to get into than out of.”
Dr Mark Harper[/pullquote]However, cold water swimming can also be dangerous. Between July 14 and 24, 2021 when temperatures skyrocketed in the UK, the Royal Life Saving Society UK (RLSS UK), a drowning prevention charity, learned of 28 people who’d died in water – both inland and at the coast. In response to this, RLSS UK launched a Summer Water Safety campaign.

It can be dangerous for a number of reasons. Mark filled us in on them, although he admitted that he isn’t as knowledgeable on the dangers as he is on the mental health benefits: “I don’t know all of them, but I do know a lot about it because there’s a lot going around about it on OSS.”

“One big factor is inflatables – people being blown out too far. Another is alcohol. Also, if you put your head under water when you’re not used to it and can’t control your breathing, you can start hyperventilating. This is how people drown, because they inhale water. It isn’t through heart attacks.

“The other problem is getting out; you should always know how you’re going to get out before going in. There’s a rule called Agnes Allan’s rule which is that almost anything is easier to get into than out of. It applies to anything in life, but it’s so true of cold water swimming.” 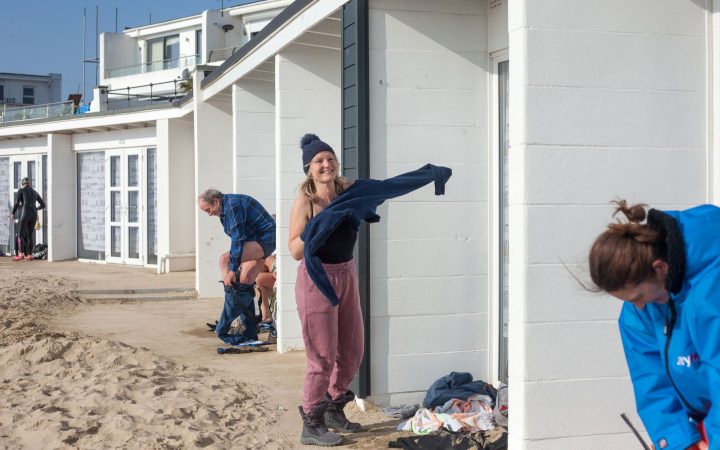 But as long as you’re cautious, there’s no reason to not get into cold water swimming. It’s a low-cost activity with numerous benefits. Granted, you’ll find people donning dry robes, wetsuits, swimming socks and swimming gloves during the chillier months, but these aren’t necessities – they just make for a more pleasant experience. A micro fibre towel and warm clothes also does the trick.

If it sounds like something that you’d like to give a go, Mark shared his top tips: “Check out OSS’s survival section on their website. Start in summer. Wear a swimming hat to stop the ice cream headache and so that you’re easily spottable.

“Know how you’re going to get out. Don’t stay in too long (three minutes is long enough and putting your face in three times is plenty), otherwise you run the risk of becoming hypothermic. And do it with someone else.”

If you don’t have anyone to go with, there are lots of groups that you can join such as Bluetits, Chilly Dippers, OSS, and Chill UK.

And there’s plenty of literature on cold water swimming: Wild Swim by Kate Rew, founder of OSS, pays tribute to Britain’s best swimming spots; At the Pond: Swimming at the Hampstead Ladies’ Pond by Margaret Drabble, Esther Freud and Sophie Mackintosh sheds light on the perspectives of those who’ve swum at the pond as well as its history.

There is also Outdoor Swimmer Magazine, the world’s only outdoor swimming magazine, which boasts an eclectic mix of inspiring stories, safety and technique advice, swimming spots and gear reviews.

By Shontai Barnett
1 Mins read
What’s in a name? we go inside the ‘no-label’ of Gen Z’s Queer community.
FoodMultimedia

By Mia Lyndon
1 Mins read
How the Great Taste Awards are championing high standards in an era of scrimping and saving.