When any kind of apocalyptic situation is presented in film or TV, we are shown herds of people storming to supermarkets and stores, depleting the shelves, rioting and building up their supplies before taking to their cars or hiding in an underground bunker.

This mass hysteria is often shown to be a response to a zombie attack or an alien invasion. However, in real life, it seems that a couple of news stories and people preaching on social media, about how toilet paper might be in short supply and Quavers might stop being imported, is enough for a large quantity of so-called civilised people to behave in an extreme manner.

In the last two years, during the multiple waves of the Covid pandemic and since post-Brexit life has started to evolve, the news has been awash with a particular product or brand that is predicted to be low in stock or even to run out. These news stories, and the herd mentality of our society, causes panic buying and expedites the issues of dwindling stock that might or might not have taken place in the first place. 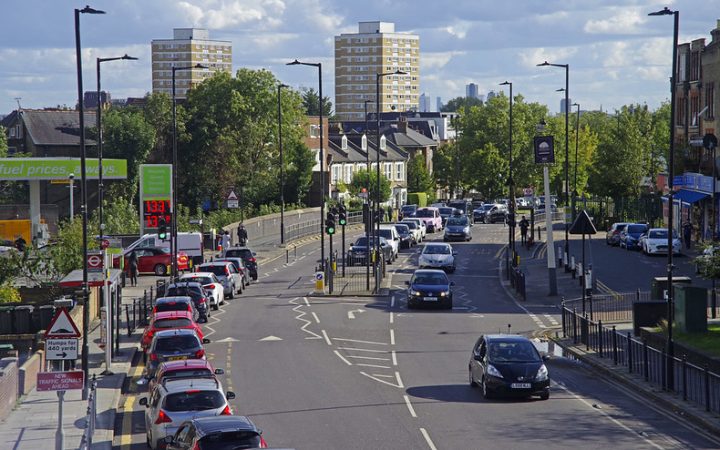 You would have thought that we would have learnt after Toilet Paper Gate in the first lockdown, when toilet paper disappeared off supermarket shelves and into the bulging trollies of desperate shoppers only for it to come back into stock 24 hours later.

But sure enough, following one story about petrol stocks potentially dwindling, yet again everyone grabbed every container they could find to hoard their supplies of petrol, whether they needed it or not, causing mayhem fuelled by a media frenzy.

Consequently, UK firms hiked up their prices at an unprecedented rate, causing petrol to inflate to its highest price in eight years. It’s not just the panic buying that is the problem, it is the hoarding, the price gouging, the scuffles and the self-preservation that looks to have overwhelmed us all.

It seems nearly impossible to think that no less than 70 years ago war time rationing was still in place in the UK. People would queue in an orderly fashion for hours on end to receive only 50 grams of butter for the week. Supermarkets were non-existent.

Many people didn’t drive, so practically everyone shopped locally; as a result local stores were friendly places, where customers and shopkeepers knew each other by name. This rarely happens nowadays, and even less so in urban areas.

Pamela Roberts is 88, she was born in pre-war Britain and lived through the Second World War and the rationing it caused; she’s also seen first-hand the growing amount of consumerism in our country.

“We had much more limited options and variety when I was growing up. We didn’t even have a supermarket to go to, we shopped from individual shops. I went daily with my mother to the baker and the greengrocer or butcher to buy what we needed for that day. We couldn’t carry more as we didn’t have a car, let alone stock pile anything.” 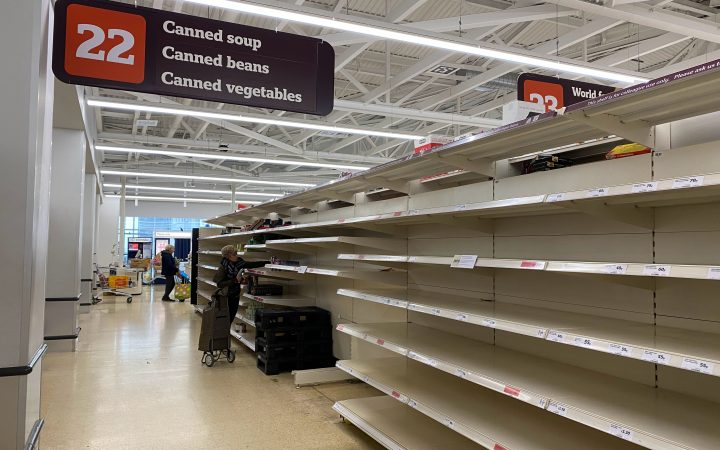 Pamela’s perspective makes you question what’s changed in our society and how consumerism and demand has increased by such a vast amount in such a short period of time. Are we now used to being able to buy everything ‘on tap’? In essence, we can have whatever we want whenever we want, so has this made us greedy and expectant?

Pamela is in a good position to compare that bygone era to the present day: “There is so much choice today in the shops. Maybe that is why everyone feels worried when it is threatened, or may be taken away?”

So does she think the news stories and premature warnings have had an impact. “Yes, I think mostly it’s the news updates. When I was younger, we wouldn’t know what was on the shelves or out of stock before we got to the shops and it was already gone, it was an accepted part of life.

“We didn’t stress about it like people seem to do now. During the war there was nothing much available, we grew some food and we shared with our family and neighbours. I can’t imagine people in a supermarket nowadays sharing their haul of loo paper with anyone,” she told us.

Have we been weaned on such a vast choice of consumer goods that we can’t see how we can live without tortilla chips or tonic water for a few weeks? Is it just the media that fuels the hoarding mentality and the panic buying?

By alerting us to the fact that petrol will run low, does it send us scuttling to the pumps to get as much selfish booty as we can? If we didn’t have the immediate news or social media, we wouldn’t know to rush out and panic buy, word would travel slower and potentially aid the re-stock of produce.

When faced with the choice of living with mass consumerism that has taken hold of society and the panicked frenzy when our plentiful stock is threatened, or to live amidst a more civilised society but with limited choice and most definitely less on the dinner table.

In that respect, Pamela sums it up well: “I really do miss the simplicity of life we once had in this country, but like everyone else, I have got used to the big supermarkets and the huge choice. I don’t really think I could be bothered to go back to queuing up outside small shops for half the day anymore just for half a pound of butter and a banana.”