Leaving behind your family, friends, and everything you’ve ever known in the midst of a pandemic can be daunting, but not for 19-year-old Jaheim Harry, who’s ready to embark on his new chapter of his life in Portugal.

The sunny islands of Trinidad and Tobago, known for the sweet sounds of steel drums and calypso, as well as its vivacious carnivals, is home for Jaheim.

Ever since he was young, he remembers “waking up early in the mornings to go Mount Irvine beach to play football with my dad – it’s a memory that I’ll never forget.”

His father quickly realised he had a potential Dwight Yorke on his hands, and enrolled Jaheim with the local football club.

Jaheim tells us he was inspired by the likes of Cristiano Ronaldo and David Beckham as child, as he fondly described his childhood bedroom, decorated with posters of footballers that he aspired to be like.

His parents always believed that he could make a name for himself on the football field; whereas he doubted himself, believing he would remain on his home island, stuck doing something painfully mundane.

This was until one of his trials, when Jaheim noticed he was receiving a lot of praise from his teammates and coach. He considers that to be the defining moment, where being a footballer was no longer a lifelong dream but instead a reality that was within his reach.

“I realised I wanted and could play football seriously as a career when a lot of positive comments were coming towards me from everyone about my game” Jaheim said. “I continued to trust the process that many opportunities would come towards me, so that I’d be able to showcase my talent.” 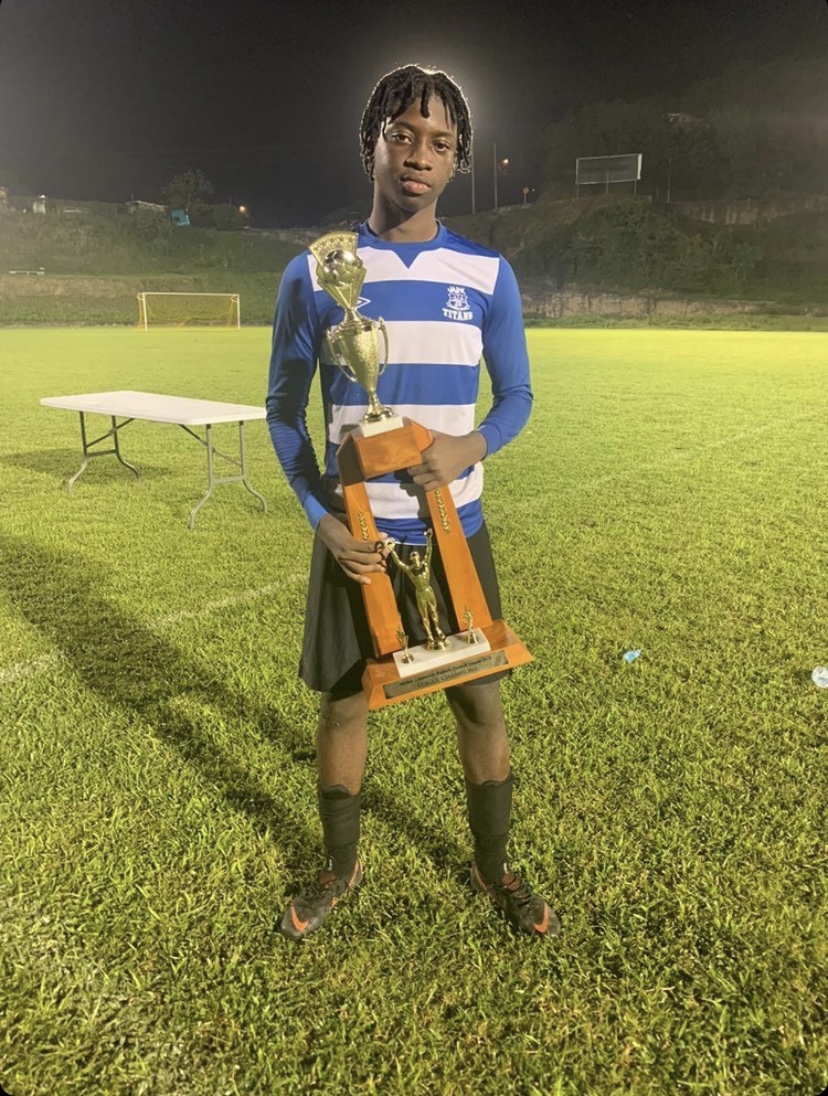 As well as every weekend, he began traveling to Trinidad to play for the national team where all the promising athletes from different sports would train – not just footballers but cricketers, sprinters, cyclists and more.

With the sudden realisation of support from his teammates, coach, friends, family and even random strangers, Jaheim promised himself that he would do whatever it took to make a name for himself in the football world.

“The most memorable football tournaments I’ve played in are the Republic Bank Cup under-18’s and Moriah League Village Tournament. When my teammates and I win, it feels like a win for Tobago, like we’re putting our tiny island on the map – it’s a great feeling.”

There are a plethora of talented people who have emerged from Trinidad and Tobago, the likes of Nicki Minaj, Winston Duke, Trevor Mc Donald, Machel Montano and Claudia Jones, who has been described as the mother of Notting Hill Carnival, after founding the event.

Jaheim wants to join those putting his country in the history books, he would love to be known and remembered for his talents.

“There’s so many talented people in Tobago that come from all walks in life, that aren’t given the opportunities to show the world what they can do,” he continues. “There’s only a handful of Tobagonian athletes that are known and it would be awesome if the world can get to know me and a couple more!”

So, when Jaheim found out about the opportunity to play football and study abroad in Portugal, he felt that God had answered his prayers. If he got selected out of all his teammates to travel overseas, then being a footballer was truly meant to be.

When Jaheim and his teammate got selected for a fully-funded scholarship to play football and study abroad by the Tobago House of Assembly (the local governing body of Tobagoan Affairs), he finally felt like he could live his dreams.

“It felt like a dream come true! It made me feel accomplished because I’ve been one of the top players around, so I felt like all this hard work has paid off and my professional journey is just getting started”, he told us.

“Sometimes I still can’t believe it, like little me from Bon Accord is going to Portugal! From kicking this beaten-up football with my dad on the beach and kicking ball in the schoolyard, to now going to Portugal to play with other professionals is so crazy to me.” 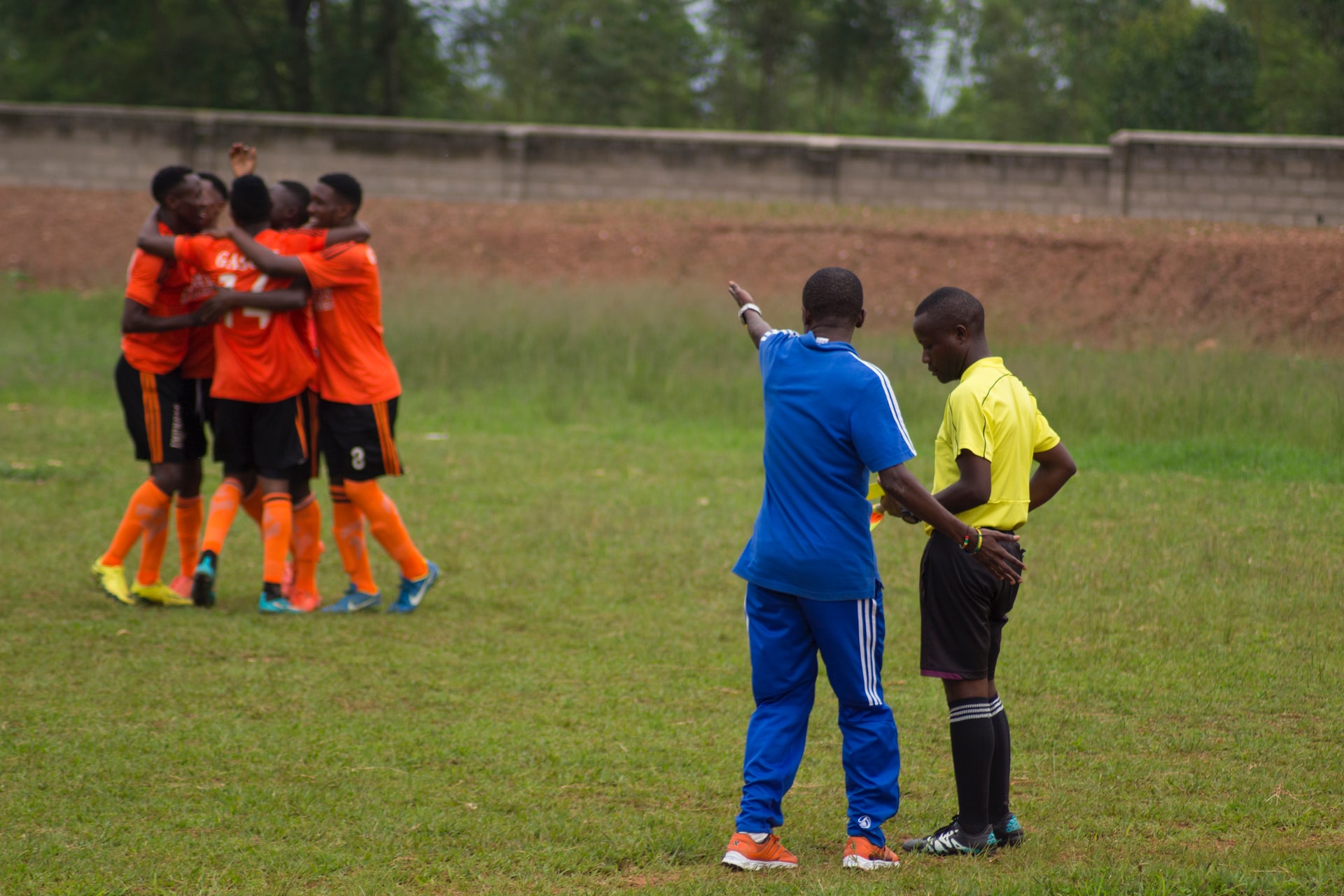 When Tobagonians decide to leave their island, it’s not uncommon for them to move to the United States of America, Canada, the United Kingdom, and even other Caribbean islands, but to go to Portugal and live there for a few months, is something that is quite different.

Jahiem remembers telling his grandmother about the good news: “She just started crying, happy tears and sad tears of course, but she just kept repeating ‘wow a Tobago boy in Portugal, my grandson will be in Portugal!’ All my friends and family are very, very happy for me but it’s going to be tough to leave everyone,” he said.

“You know, it’s not unusual for us to leave this island, some people leave and never want to see Trinidad and Tobago ever again, and some people leave for what they think is a better life. Plenty of us will leave and move abroad, but never too far away, because without a doubt we’re gonna be itching to come back to this island life!”

When a life-changing opportunity enters your life, it would be impossible to say no, attach an on-going pandemic into the mix and it adds an unpredictable element into the experience.

[pullquote align=”right”]“Sometimes I still can’t believe it, like little me from Bon Accord is going to Portugal!”[/pullquote]Jaheim admitted her was apprehensive about moving abroad during the pandemic: “Of course traveling during a pandemic makes everything ten times more different, but I’m more worried about if the Covid cases start to rise in Trinidad and Tobago.

“The government may lock up the borders for months like last time, so I’m just worried about being stuck in a country far away from home, because Trinbagonian’s that were abroad found it difficult to come back.”

Every scorned British football fan will remember the painful memory of ‘it’ never coming home, over the summer os 2021.

Unfortunately because of how the final match ended, Marcus Rashford, Bukayo Sako and Jadon Sancho were on the receiving end of brutal racial abuse, after they missed penalties in the Euro 2020 Final.

With Tobago having a largely Afro-Caribbean heritage, and racism there being a rarity, moving to another country where you are a minority, being a potential victim of racism is something that Jaheim is painfully aware of.

“Surprisingly, when I went to Florida to go to soccer camp, I didn’t experience any racism, but from the videos that went viral of racists hurling abuse towards Black people in European countries, its definitely put a light on things that I didn’t really consider before, because I never had to before! I’ve always been surrounded by people who look like me.” 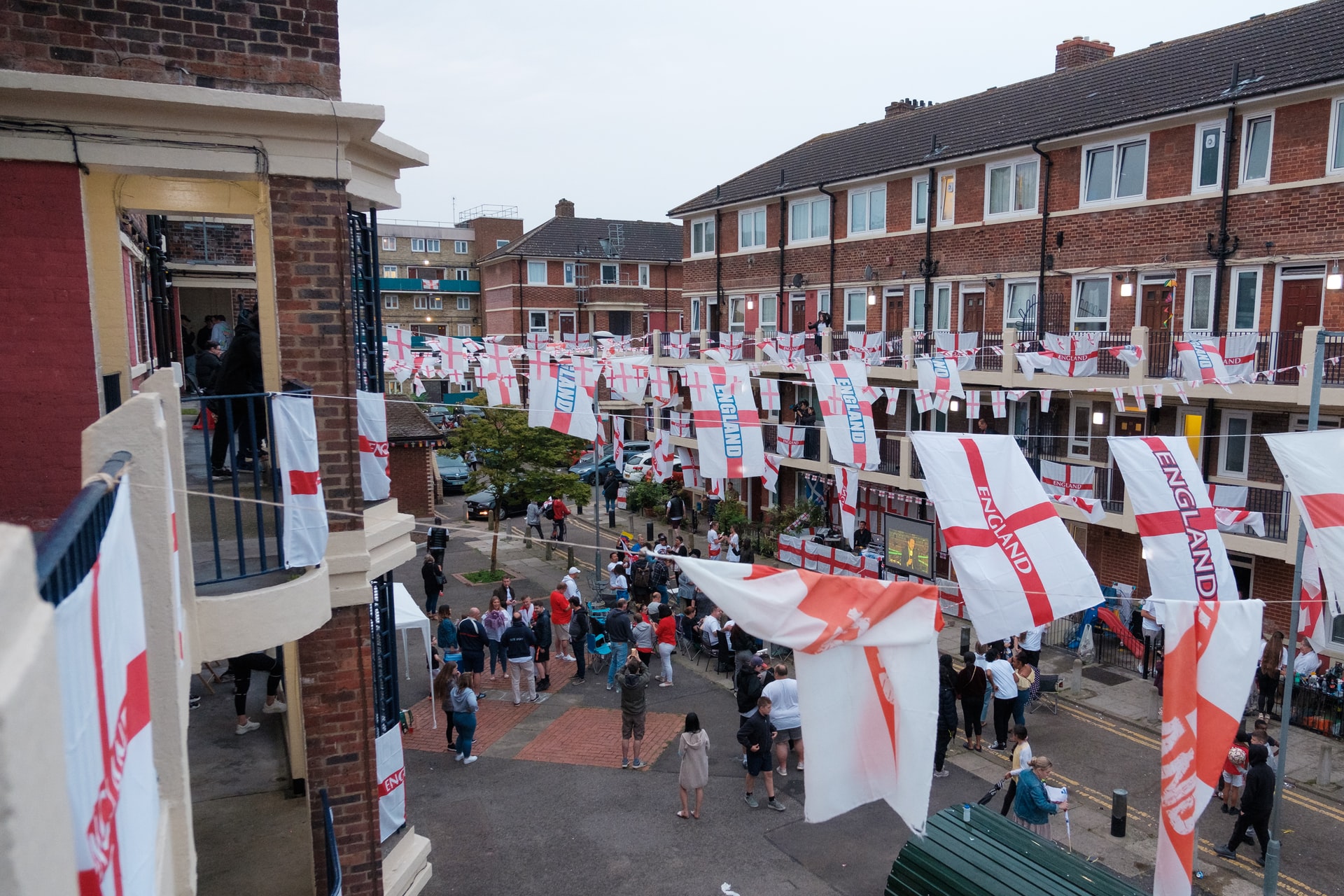 Some English players were subjected to abuse after the Euro 2020 final [Unsplash: Ehimetalor Akhere Unuabona]

“I’m always disturbed to hear and see the racial abuse against Black football players, because we are all humans and just because we have different skin colours doesn’t mean we should be treated differently or be abused because of it,” Jaheim continues.

“I have thought about many scenarios, like if I were to face a racist encounter how would I handle it? Would I be supported? If I reacted badly, would I lose my scholarship? It’s really scary to think about, which is why I keep thinking about the positives of this experience.”

Moving to another country – especially so far away from Tobago – is sure to be a culture shock for Jaheim and it may take a while for him to adjust to meeting new people, eating new food, adapting to a foreign language as well as being separated from all the loved ones in his life.

Tobago is home to only just around 60,000 people, whereas more than 10 million people reside in Portugal, another potentially huge culture shock.

Being born and raised on a small island your entire life, to then being somewhat catapulted into a country thats population is bigger than Trinidad and Tobago and Jamaica combined is something Jaheim is definitely still processing.

“I am really excited and grateful for this opportunity because it’ll allow me to progress in my career and I’ll be making my family proud. But I am feeling a bit overwhelmed about not having my mom’s home-cooked food for ages, like no roti, no bake and shark!

“It’s those little things that I’m going to miss a lot because I’ve never been away from home for that long, but I have to remain positive! I am looking forward to learning about the Portuguese culture, meeting different people, and trying new foods, things like that,” he told us.

“Also, I’m not going to be completely alone as my teammate and I were selected to go to Portugal together, so I don’t think I’ll be missing home that much because we’ll remind each other of Tobago. So, it’ll be two ‘Bago boys in Portugal!”

Tobagonians tend to joke with each other about how everyone knows everyone, because of how small the island is, that’s one thing that Jaheim says that he will miss the most.

“What I love about Tobago is the sense of unity because you’ll always feel supported by your community. And you know, sometimes we may have our differences, but being uplifted by those in your village is something that I’ll never take for granted and will take with me everywhere I go.”

With Jaheim embarking on this new adventure in his life, it shows how important opportunities similar to this are to those that don’t live in Western countries.