The Old Dispensary is a pub tucked in a corner right between Camberwell and Peckham. In the evenings the pub is bathed in a cosy red light and Andy Allen greeted me like an old friend; in the best way, walking in there feels like being invited into someone’s living room for dinner.

For a Monday evening it was relatively busy. “Monday is our jam night. We get young people, young musicians everywhere and just let them play,” Andy explains.

Your first impression of Andy might be that he had just stepped out of an old western film; with his long, silver hair and beard, complete with cowboy boots and a hat, a plaid shirt and several rings, the only thing missing really is a toothpick in between his teeth. 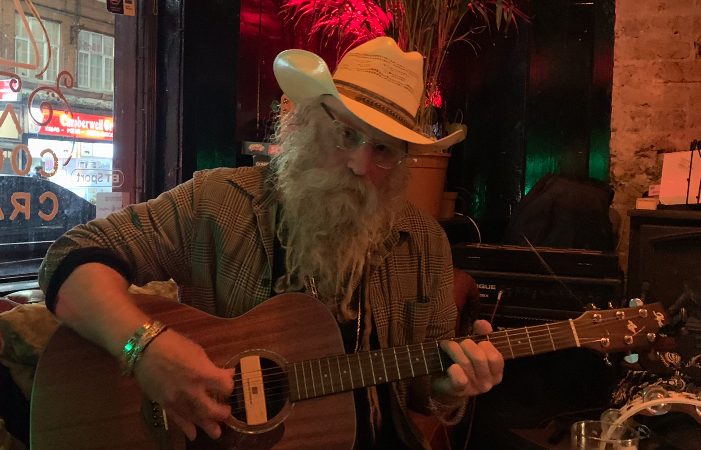 Andy Allan at The Old Dispensary [courtesy of Andy Allan]

When he sat on the couch adjacent to me and started playing an old bluegrass tune, in that moment you could easily mistake this old English pub for a mid-western saloon. Seeing Andy’s guitar in his hands, it looked at home in them, as an instrument always does when the artist is so intimately familiar with their art.

“You know, there was never an ‘A-ha’ moment for me when it came to music,” he said when I asked him when he knew he wanted to pursue it. “I think a part of me just always knew.”

His father worked for the Associated-Rediffusion TV company, one of the ITV companies which served London from 1955-68. This meant Andy was lucky enough to grow up immersed in the world of performing arts, and even sat at Sunday dinners across from some of the most famous musicians of all time.

Being surrounded by the pillars of the music industry for his entire childhood, it seemed only natural that Andy should pursue the art himself. 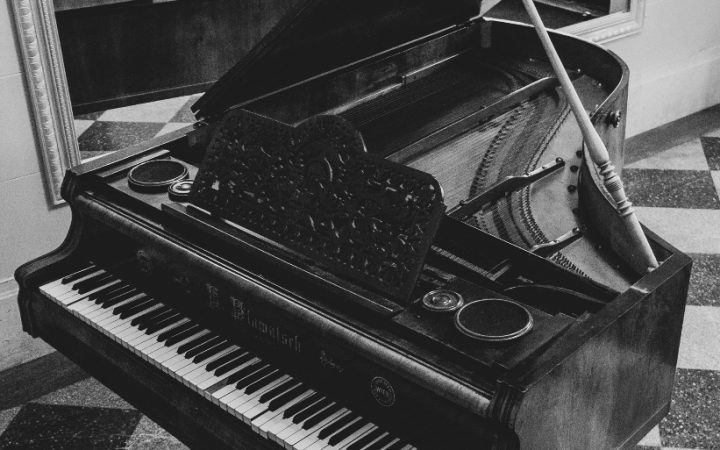 As more and more guests entered the pub, the couch space became filled up with spectators and musicians alike. One of the bartenders, Patrick, took the role of drummer, an old friend of Andy’s, Rufus, walked in and picked up an old acoustic.

We were then joined by another guitarist whose daytime persona is an accountant, accompanied by his sister who likes to sing, a young bassist and his girlfriend then sat across from me, and finally, a man who walked into the bar joined in on a number while playing his own guitar.

With just a simple nod of the head as a cue, Andy and Rufus began to play an old song of Andy’s as a duet, both of them on acoustic guitar.

They hadn’t yet spoken to each other, listening to them play almost felt being invited into a conversation in which they were catching up with each other, and once they started, it was clear that neither time nor distance could have put a dent on the kind of musical chemistry that some are just lucky enough to find.

Once they had paused for a break, snapping all of us who were there out of the trance their playing had put us in, Andy turned to me and said, “it actually took a while for me to get into songwriting though, to be honest at first I actually thought it was a bit of a cop out.”

Of course, whatever Andy’s initial thoughts on songwriting may have been, that did not prevent a long and rather illustrious career in music. He bought his first guitar in Barcelona in 1965 at 14 years old and hasn’t (metaphorically speaking) put it down since. 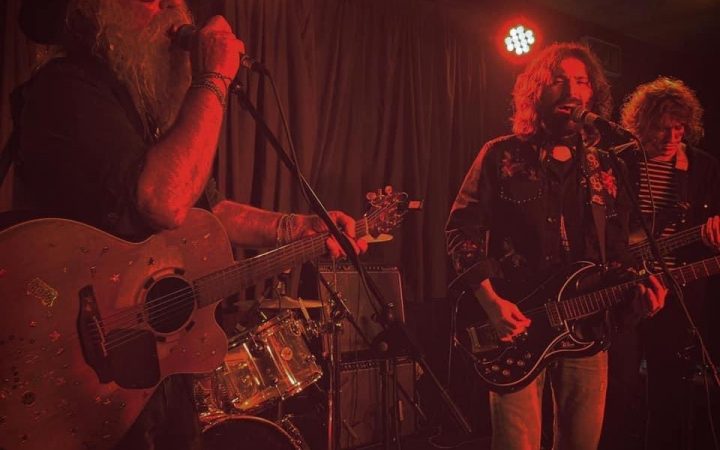 Growing up a musician in the 60s and 70s of course meant that Andy was never short on inspiration when it came to art. A self-proclaimed former hippie, he, like many artists, often used the social and political landscape of London in that era as the creative backdrop for much of his work.

Besides being “chased by skinheads in Camden”, back when Camden still lived up to its reputation, Andy and his friends would spend their teenage years playing at various gigs in various pubs, looking to spread the message of their music — fuelled by the  spirit of the cultural renaissance that we now know as the Swinging Sixties. 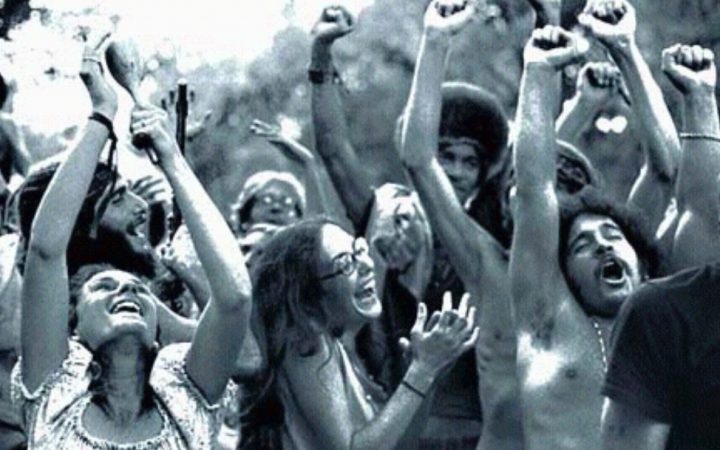 London was swinging in the sixties [Courtesy of Andy Allan]

London at that time encompassed an energy that many people of my generation look back at and wish to emulate. As someone who grew up in that era, Andy continues to view it with the same sense of longing and romanticism, stating that it was a time where “people used to really care about art, and it being accessible.”

But while the mid 60s may have acted as a catalyst for social reform, encouraged by the establishment, by the time Andy saw the 70s, the idea of “cultural reform” was essentially synonymous with “anti-establishment.”

”I remember this one time I went to see Bowie at a concert in his early days, a bunch of us snuck backstage and Bowie, you know, decent bloke, he let us in, means this other guy, and we chatted and I introduced my mate, Ian, to Bowie. And well, that’s how he and Ian Hunter first met,” Andy recalls.

“Well you know the hippie movement really ended in August 1969, once Manson’s cult started with Helter Skelter and that race war bullshit. I think people used that as an excuse to shut everything down because of what Manson pretended to preach.” 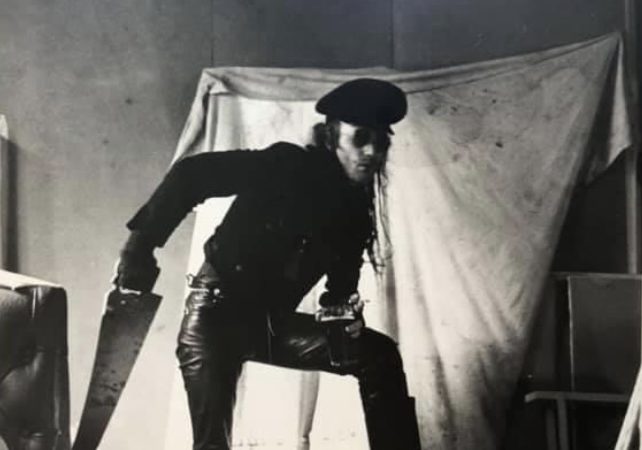 Throughout the 70s, Andy continued to be on the forefront of the social and creative scenes of London. The city could be compared to a house the morning after a rager. The pavements were littered with garbage, empty bottles and used needles created a layer that covered most sidewalks.

But through that rubble would emerge the punk era, and Andy would go on to play and produce for various groups at the time, including The Lightning Raiders and a group called The Professionals (formerly known as The Sex Pistols).

The rise of the “Thatcherism” era in the 80s meant the demise in a sense of the era Andy had spent his teens and twenties. But the growing discontent with Parliament also resulted in the continued rise of punk.

During this time, Andy worked as a jewellery maker while also continuing to pursue music. The tail-end of the decade saw him start to work with Joe Boyd, who produced Nick Drake. And in 1992, Andy, his ex-wife Piano Pace, and his daughter Lily Ramona formed an English folk band known as The Hank Dogs. 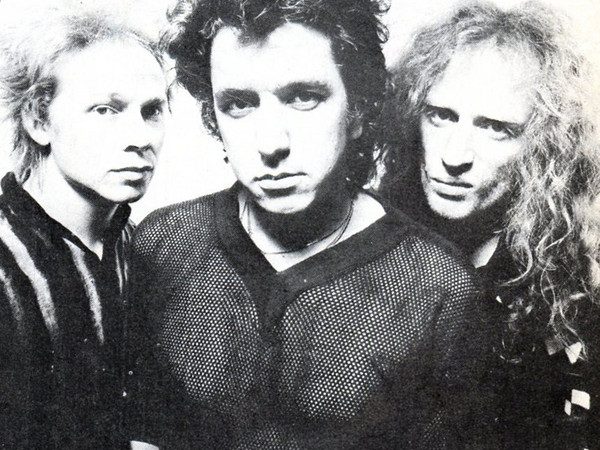 The Professionals [Courtesy of Andy Allan]

Andy let out a sigh of nostalgia as he remembered his touring days: “You should ask him about touring and music if anything” he says, pointing to Rufus, his duet partner. “He’s due to leave Saturday, is it?” Rufus nodded humbly. It was then when I realised where I recognised Rufus from. He’s Dominic Miller’s son, and Sting’s current guitarist.

We stepped out for a smoke and I asked Rufus how long he’s been a regular at the Old Dispensary: “Oh well before I started touring again. Sure I missed concerts and stuff, but going to places like this, you know jamming in small crowds with all these talented strangers, there’s something really special about that and I love the space Andy creates for young artists.”

We went back in and Andy had just finished singing It’s All Over Now, Baby Blue. He told me that he and The Hank Dogs toured all around the States and found a sort of home in the folk music scene at a time, where, as he puts it “[the end of the 20th century] seemed to lack direction…it was unsure of itself.”

As we, yes, we – I ended up singing along with them – wrapped up the last of the tunes, I asked Andy what his goal was when he initially took over the Old Dispensary. 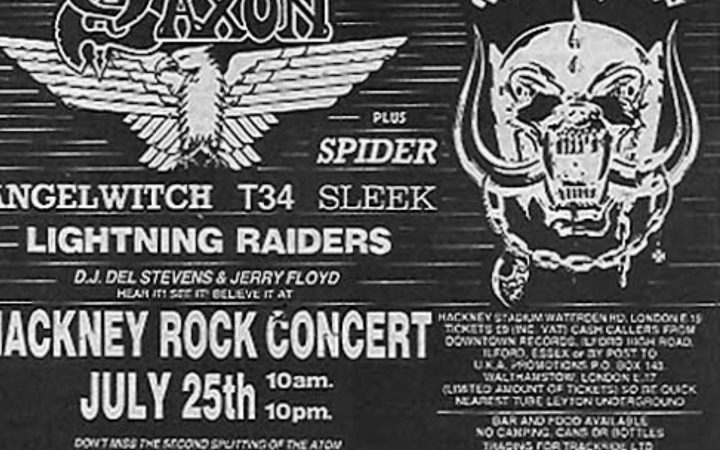 Promotional poster for The Lightning Raiders [Courtesy of Andy Allan]

”I wanted to create a kind of space that was similar to the ones I had growing up. You know I was lucky enough to have all these places where I could create art, and meet other musicians. I want young musicians today to have that.”

Andy hosts jam nights on Mondays and on Wednesdays where young and up and coming musicians will take to the stage to perform.

The crowds come from a variety of different walks of life, but the common thread between this bar and all its patrons is the desire to find spaces that fuel creativity, that value young creatives outside of their monetary value.

Walking into that pub I can feel the love for music, for creativity, seeping out of every corner, and its not just because the space is littered with various equipment and instruments on the walls. Even as a student journalist in having multiple veterans of the music industry to take time out of their day to speak to me, I could tell that these were people who genuinely value young creativity in all its forms.

The Old Dispensary, according to Rufus “feels like coming home. After all the touring sometimes you just want a place to go back to your roots, to be reminded of why you chose this. For me, the Old Dispensary is that place.”