Electric cars have a history that stretches much further back than you might think. The first production electric car was made in London in 1884, complete with a rechargeable battery, and a top speed of 10mph.

By the 1890s electric cars could reach 20mph and had a range of 50 miles on a single charge. With a heritage that predates petrol and diesel cars, we’re now going back (to the future) as electric cars propel us towards greener travel.

While there’s no beating the purr of a V8, the environment bears the brunt of these polluters. In 2030 the UK government will enforce a ban on the production of any new petrol or diesel cars, hybrids will be phased out in 2035.

Because of this deadline, manufacturers have been exploring how to make electric cars more appealing and a practical power source to supersede fossil fuels. We’ve already seen models like the BMW i8 and the Tesla model X grace the roads but electric cars need to be attractive, practical and affordable for most people to enable this ban to truly affect the environment.

In order to attract a younger generation, Volkswagen has announced its next electric model. The concept ID.Life was revealed at the Munich motor show and shows off Volkswagen’s green future. The ID.Life is likely to reach market in 2025 with the ID.2 badge, being VW’s smallest all-electric vehicle. 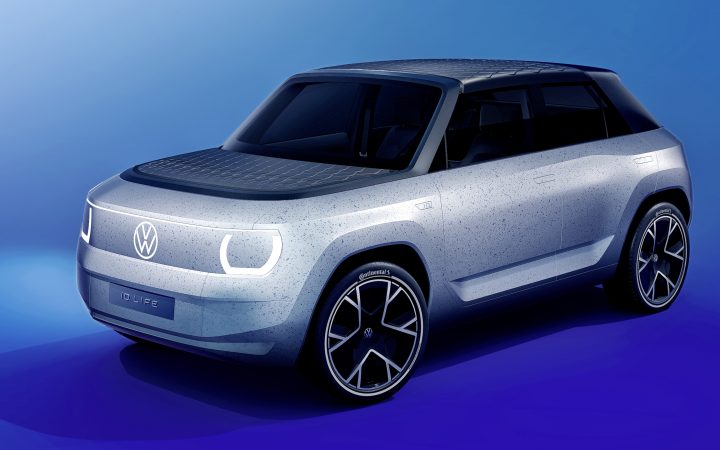 The ID.Life is a similar size to the VW Polo but has a lot more storage space under the bonnet and boot floor, so a battery powered small car is more practical than a comparable petrol or diesel vehicle. There’s even an air-filled section of the roof that can be removed just by unzipping it.

One issue with this emerging battery technology is often price, however the compact family car will start with a (slightly) more affordable price tag of £17,000. The ID.Life concept redefines Volkswagen’s direction for the future of its innovation in fuel types and greener solutions.

Eco-friendly materials are used throughout, the tyres made from bio-oil, natural rubber and rice husks, although it’s not clear whether your local garage will be expected to have a replacement that’s quite so environmentally conscious.

The eco features even include a paint finish made from woodchips and an organic hardener, it may sound a little out there but details like this are what fuels the drive for more sustainable alternatives to traditional production materials.

There will also be a bundle of tech that comes as standard, including wireless charging in the door pockets, and side mirrors that are camera screens. The ID.Life has an official range of 248 miles, but this figure is often lower in real world driving.

So Volkswagen’s future looks to be a range of battery electric vehicles that will eventually replace its current range with futuristic new green machines. Other automotive companies are taking a different approach to helping the environment by developing new fuels.

Hydrogen is often discussed as an alternative to battery power, however with only 11 refuelling stations in the UK, the practicality of this as a viable option for 2030 diminishes day-by-day.

ProDrive is bringing its green thumbs to motorsports, it’s teamed up with Coryton Advanced Fuels to create a new fuel called ProDrive EcoPower. It’s made from biofuel and e-fuels that are created through manufacturing agricultural waste and capturing carbon from the atmosphere. ProDrive claim this fuel “reduces greenhouse gas emissions by 80% compared to equivalent petrol.” 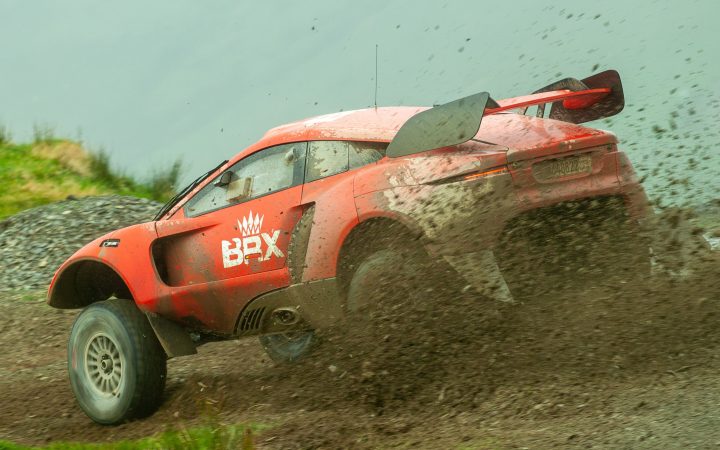 This new fuel will be used in ProDrive vehicles for competitions and they hope to make small changes to the fuel that will make it usable in standard road cars. The advantages of a new eco fuel means no alternations have to be made to existing vehicles for the fuel to work. This decreases costs associated with creating new production lines and processes for electric vehicles, which have different requirements due to the weight of the batteries.

However a new fuel runs in to the same problem as hydrogen, thousands of stations all over the country need have a supply for it to be a realistic alternative.

UK-based manufacturer Fering is looking to shake up the eco-friendly market with a new pick-up truck, the Fering Pioneer. True to its name, the Pioneer has been designed with adventure in mind, with a claimed range of 4,350 miles. Fering explained that the Pioneer has been “designed to take on the toughest of terrains while treading lightly on the planet.”

The Pioneer has a 50-mile electric only range and a biodiesel range extender that charges the battery on the go. With no juice left in the battery the engine should return 50 miles per gallon, impressive for an economical every-day car, never mind a pick-up truck.

Unlike almost every consumer product on the market today, the Fering Pioneer has, in theory at least, been designed to have an indefinite lifespan.

The truck itself is made from a lightweight aluminium frame to minimise unnecessary weight, and so comes in at 1,500kg, a similar weight to a family hatchback.

The exterior panels help to keep the weight down too, they’re made from a canvas material similar to the fabric used on hiking boots, so it will be durable but easy to replace if it’s damaged. Fering claim they also provide superior insulation to traditional metal panels. 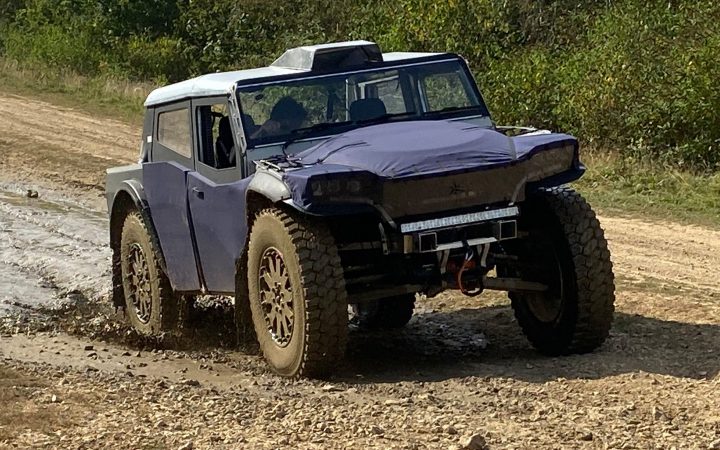 Practicality is applied at every level including the 22½ inch wheels; these take standard truck tyres that should be readily available anywhere in the world. The Pioneer can also act as a generator so if you find yourself in a remote place with no access to electricity, the truck will never leave you without.

Fering has emphasised the adaptability of the truck, with aspects of the vehicle being interchangeable to suit each journey. For example, if you plan to traverse the Siberian Wilderness, the Pioneer can be equipped with lithium titanate-oxide batteries, which Fering claims are better able to withstand extreme weather conditions, unlike lithium-ion batteries found in standard electric vehicles.

The truck can be adapted for different fuel types; the engine can run on alcohol based biofuel, fuel tanks can be sized up and batteries can be bigger or swapped for a fuel cell depending on which fuel type best suits the location of your adventure. If you don’t plan on covering 4,350 miles before returning to civilisation then fuel tanks can be replaced with water tanks.

The future of sustainable vehicles will only involve more innovation that is beyond the imaginable right now. The immediate challenge is making these futuristic ideas a reality and getting enough people to believe it’s part of the necessary steps to help address the climate crisis.

The possibilities are endless, will your next car be electric?