In a world of content overload, consumers often turn to familiarity.

There has always been a comfort in watching the same characters and stories, such as the classic spy films of James Bond or more child-friendly remakes of Charlie and the Chocolate Factory.

It is clear that the industry shows no sign of stopping the remake tap, but is it accelerating more than usual? 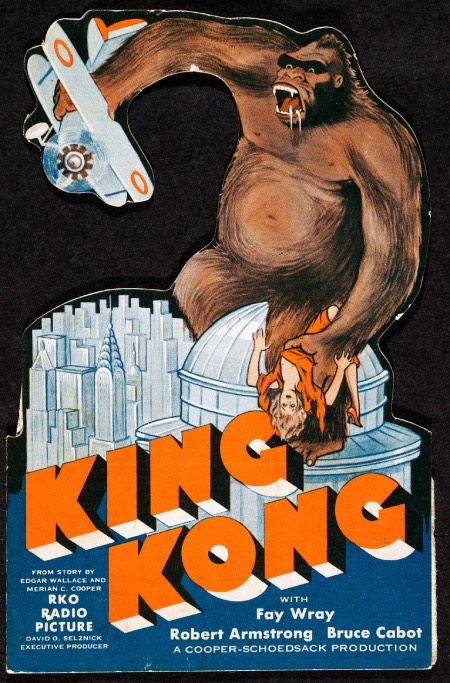 The acquisition of Roald Dahl’s whole catalogue comes at the same time as Amazon Prime bought the rights to Tolkien’s The Lord of the Rings, after founder Jeff Bezos said he wanted a Game of Thrones style series for the streaming platform.

Disney+, another major streaming platform, has grown quickly in its initial two years, with its viewership gaining younger traction, with under-17s making up 44% of its overall viewership. This could suggest why Netflix bought the rights to Roahl Dahl’s stories, so the platform could gain a younger audience to consolidate their number one spot with an already hefty 200 million subscribers.

Netflix has already started working on an animated TV series based on Charlie and the Chocolate Factory, as well as an origin story for Willy Wonka, to be played by Timothee Chalamet and produced by Warner Brothers. In addition, they also have a collaboration with Sony and Working Title for an adaptation of the musical Matilda, and production of a film version of The Twits is underway, Netflix has been busy.

“The obsession with origin stories does get a bit tiring after a while, you never needed an origin story for Willy Wonka, he really didn’t. I just watched Death on the Nile recently, and that’s got an origin story for Poirot’s moustache, which again, quite amusing but it certainly did not need it,” film journalist Dan Jolin from Empire magazine explained.

Some of Dahl’s books are already family favourites, with the likes of Fantastic Mr Fox (2009), which was made into a stop motion comedy directed by Wes Anderson and Matilda (1996), an American comedy fantasy film that was co-produced and directed by Danny DeVito.

There are almost too many to mention as other cult classics include; The Witches (1990), James and the Giant Peach (1996) and The BFG (1989). However, these oldies are now up for grabs with Netflix’s new acquisition, leaving no previous Roald Dahl material safe for a remake.

“If you actually look at it, what makes a great remake? It can be something that is just a great idea that someone then realised could be done better, like Oceans 11 for example.” Jolin points out.

He has a point, with Netflix having top spot as the biggest streaming giant, they will have more money than ever to facilitate all these new projects, hopefully to a high standard. 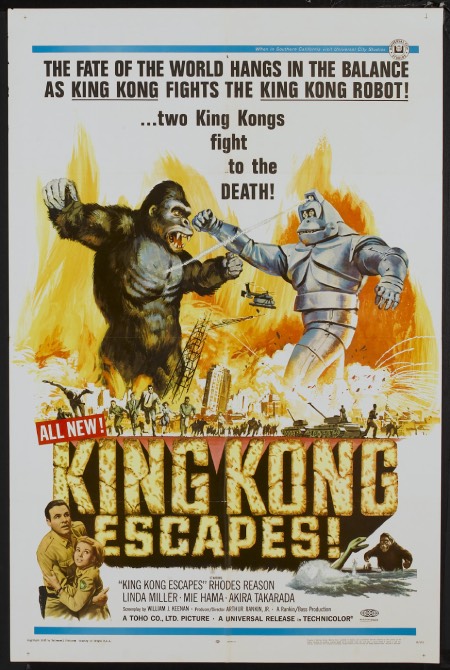 Whilst streaming originals are normally welcomed and received well from the public, the streaming platforms are still spending millions on old material. Jolin explained the reason behind this: “With streaming you would have hoped they would be a bit bolder because they’ve got the space for so much content, like you’ve got Netflix Originals and Amazon Originals, but they are actually getting less and less so it seems. In a way, I get the old big studios, the old machine, that’s how that works, I get that. But you would have hoped the new machine would be a bit bolder.”

Yet, with under-17s making up nearly half of the Disney+ audience, it’s not surprising that Netflix is trying to reach a younger audience with a fresh take on classic childhood stories.

It will be interesting to see what Netflix’s twist on Roald Dahl’s classics will look like. So far the most recent remake was The Witches (2020), which only scored a rating of 5.3 on IMDB and has been criticised for its inept writing and bad effects. For example, the grand witch has a limb disability to supposedly reflect the cat-like claws the grand witch was described as having in the book. This movie trope, by creating a physical disability or difference to reflect a character’s evilness, is not only hurtful to the disabled community, but also unnecessary. Somehow, it still grossed $26.9 million overall. This is not a bad outcome for a film that was generally disliked by the public and critics, showing what nostalgia can do.

The increase in budgets for sequels still doesn’t reflect the public’s general distate for remakes. According to researcher James Barnes from Vere Search, who conducted a study called Remake My Day to compare ratings for recent remakes. The survey found that most audiences compared the remake unflatteringly to the original, more than 90 percent of the time.

This data could be a result of confirmation bias, as the nature of nostalgia brings in viewers, but cannot compete with the audience’s love for the originals. This in turn has created something called ‘hate watching’, described by Oxford Language as an “activity of watching a television show with the intention of acquiring amusement from the mockery of its content or subject.”

It’s funny that in this day and age. people, even if they don’t like the look of the film, will still take their wallets out and laugh at the show’s failures and silly absurdities.

The online reaction to the productions underway of Roald Dahl’s stories highlights the fact that we’ve become confused about how we describe movies that are getting rebranded and recreated from old content.

“You could look at something like Peter Jackson’s King Kong that is 100% a remake and it has every reason to exist, it’s great, but then I would not say Peter Jackson’s Lord of the Rings is a remake because there was a 1970s animated version of Lord of the Rings,” Jolin tells us adding that both films are very stylised and so it could be seen as more of an inspiration from one to the other, rather than just a flat out copy.

Jolin also explained the industry advantages of doing a remake with benefits like a built-in audience, a fanbase and guaranteed ‘bums on seats’ regardless of the actual material.

“There are these new generations and so they go, well we own this property let’s do it again, it makes sense. If they’ve already got the rights, it’s relatively cheap and also you have that reassurance of an audience because if it worked before, it’ll work again.”

These patterns can also be seen with Disney’s live action remakes, even though they are disliked by critics, they bring their old films a new lease of life as they introduce them to a new, younger generation. 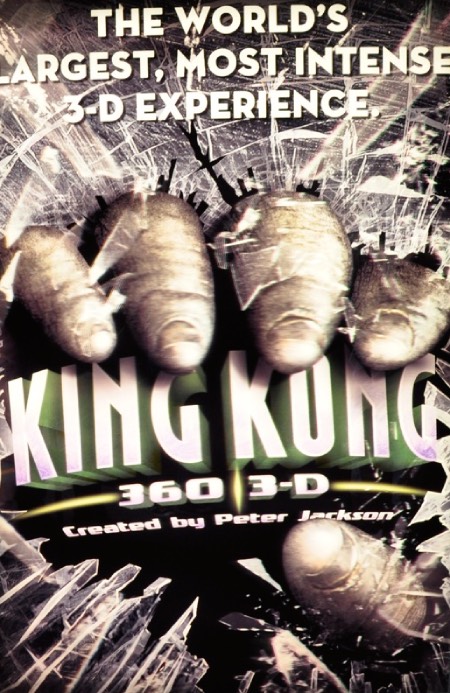 “You could easily make the argument that remakes are more predisposed to be great than to be bad” as we discussed the bad light given to remakes when they all get lumped together. It’s important to remember that terms such as reboot, reimagine, revival and remake are really just a part of the marketing pre-hype cycle. and don’t actually have any bearing on whether or not the film will be any good,” Jolin added.

Which raises the questions: do business practices hold creativity back in the industry?

While industry techniques continually evolve their technologies, but without huge funds to support its development, it can be difficult to introduce new processes or technologies as they become extremely costly to use in the already existing market.

This means that stakeholders do not often favour risk-taking or creative and innovative ideas over short-term profits. Seth Rogen has had this problem countless times as he explained on Corridor Crew’s YouTube channel about the different roles he’s played from producing, directing and acting in Hollywood.

He noted that while he loves miniatures and always pushes to use them on set he has lost on “many, many, many, occasions because it’s just too expensive, too hard, and you need a whole unit to do it.”

This suggests that the film industry will prioritise profit over creativity, as Seth also spoke about the double standards given to filmmakers when they are then compared to the likes of directors such as Christopher Nolan and Quentin Tarintino.

“I think what Chris Nolan does is really amazing, but actually a luxury and when you hear people like: why don’t you just do what Chris Nolan or Quentin Tarintino do? And I’m like they don’t let everyone do that,” Rogen said.

He also elaborated on the industry-wide mindset he has experienced: “The studios have this mentality that if it’s old, it just looks bad and they don’t like you to use what would be considered antiquated technology to do things that are supposed to look good. Their fears are that it will look too kitschy or something like that, and then your like well Chris Nolan uses it, and they’re like yeah cause it’s his film.”

Rogen illustrated the issues directors and producers are up against due to ‘financial security’ over creative integrity.

This could suggest the reasoning for certain outcomes for films, as Jolin added on his experience with production: “You [can] get that a lot with remakes, they just end up using too much CGI to pull things off.” The overuse of CGI and the strong profit-obsessed executives shows where Hollywood’s motivations usually are.

This day and age is obsessed with labels, cancel culture and online activism, and sometimes we seem to forget that films can be art for art’s sake and an expression of human creativity.

In essence, art inspires art and everyone takes inspiration from something. Therefore, familiar stories can be told from a plethora of different perspectives and creative visions.

Jolin summed this up perfectly: “While people can get sniffy about remakes, they are often absolutely brilliant movies and some of the best movies out there.”

So, next time you judge a remake before you see it, give it a try.