Two decades ago, Radio 6 debuted as a new station for, as the BBC press office stated, “listeners who are passionate about rock and pop music.” The station has since evolved into what new artists are calling ‘the central hub for independent music’.

Jenny Abramsky, the director of BBC Radio and Music at the time of launch, commented that the station would host “not only all the great rock and pop music to come out of the past 40 years, but also the new artists that are emerging today.” John Sugar, programme editor, added that “the network’s music output will not be dictated by the charts or influenced by fashion trends.’

Nowadays, it is one of the most popular digital stations the BBC has to offer, despite giving a platform to obscure and less commercial tracks that rarely receive radio airplay. Camilla Pia, assistant commissioner at BBC Radio 6 Music told Artefact:

“Supporting new artists is woven into the fabric of what we do at BBC Radio 6 Music daily and all year round – we play their music on our shows, interview them, invite them to do sessions and mixes for us and book them to play the 6 Music Festival.”

Folly Group are an up and coming London-based band that have recently felt the benefit of Radio 6 Music airplay. Their multi-genre approach has garnered them much interest, but ultimately they don’t mind being labelled as ‘post-punk’: “Any signifier that enables people to discover new stuff they like more efficiently is a good thing,” says lead singer and drummer Sean Harper.

The four-piece formed in late-2019, cold calling promoters and swiftly gaining a manager and a booking agent, a success they attribute to six months of “getting good before shouting about the project.” Sean describes their second single, Sand Fight, as a “straight-down-the-line rickety-post-punk song with a dumb fun gobby shouted chorus: that was quite radio friendly.” This radio friendly nature resulted in the track being picked up by Radio 6 on what is known as the ‘C-List’, before swiftly moving up the ranks to an ‘A-List’ slot: “That was quite surreal actually.” 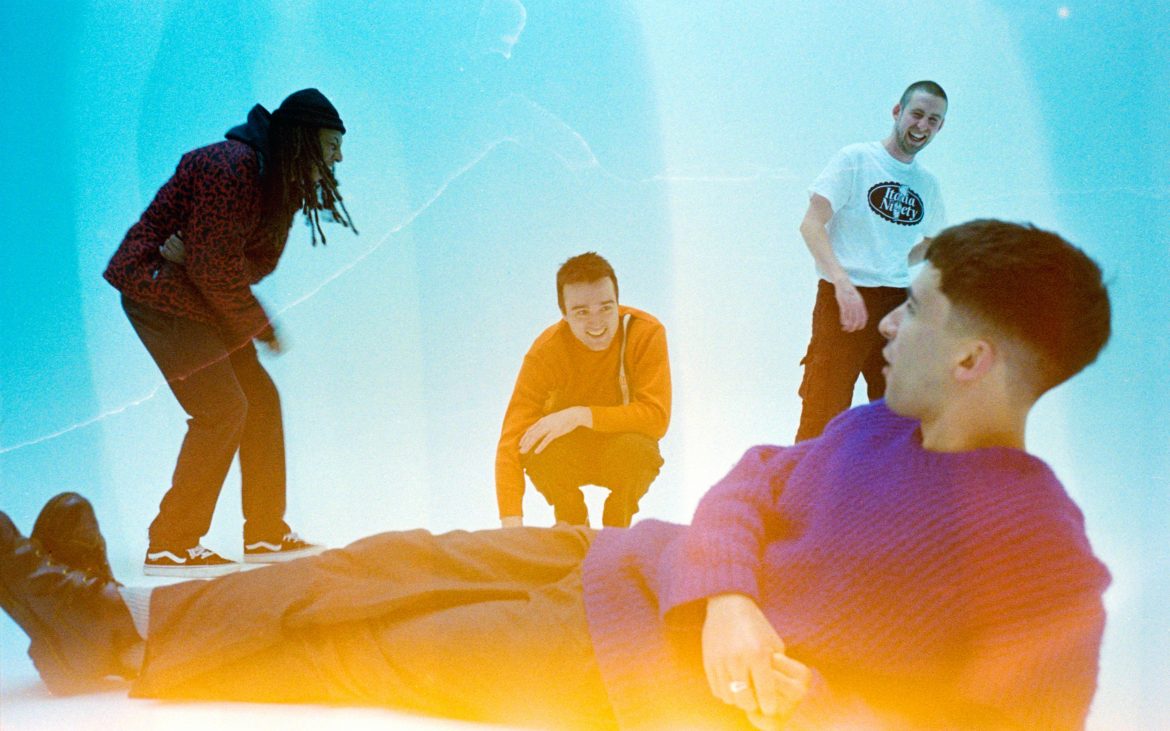 Folly Group have recently signed to Ninja Tune, a visionary label in the world of independent music. [Photo: Alexandra Waespi]

Weekly social media updates allow the bands and listeners to track what ‘list’ their favourite songs are currently on, with higher grades translating to a certain number of ‘guaranteed plays’ on the station in a given time period. This is just one of the many ways in which Radio 6 has been championing new and independent music.

“We are extremely passionate about supporting new artists so our presenters relish every opportunity to share their love of music discovery with the audience – just listen to Steve Lamacq talking about his love of Wet Leg or Yard Act or Mary Anne Hobbs talking about Sherelle – it’s genuinely infectious,” Camilla goes on to say.

The increasingly diverse array of presenters and genres featured on Radio 6 adds to its status as a pioneer of a UK sound that looks to the future. Sean from Folly Group asserts that “In terms of radio, it is the central hub for independent music in this country… there’s more space than there used to be now for more experimental music, more electronic music.”

In 2005, longtime Radio 6 DJ Mary Anne Hobbs brought Dubstep from the underground UK music scenes to national airwaves. Sean describes Mary as being “enormously responsible for the proliferation of that genre in this country.” Hobbs would later go on to curate a UK Dubstep showcase at the Barcelonian Sónar festival in 2007, bringing the genre to an international stage.

“BBC Radio 6 Music is lucky to have highly engaged listeners who, off the back of hearing a track we play, will buy a ticket to a gig or the artist’s album.” Whether it’s electronic music or traditionally ‘verse-chorus’ songs from acoustic bands, there is genuinely something for everybody.

Sean argues that the popularity of ‘post-post-punk’ bands, including Folly Group, on Radio 6 is arguably due to the fact that a huge swathe of the current listenership were fans of the original 1970s ‘post-punk’: “Everyone in the scene anecdotally uses the phrase ‘Radio 6 Dads’ to mean the people who actually buy the merch at shows and actually buy tickets.”

That’s not to say that Radio 6 only caters to ‘middle-aged first wave punk rockers’, but they do make up a fraction of listeners who are actively engaging with what Folly Group and Radio 6 are offering; a respectable achievement in the age of streaming. Sean clarifies that “the hosts and the variety of shows is getting much broader.” 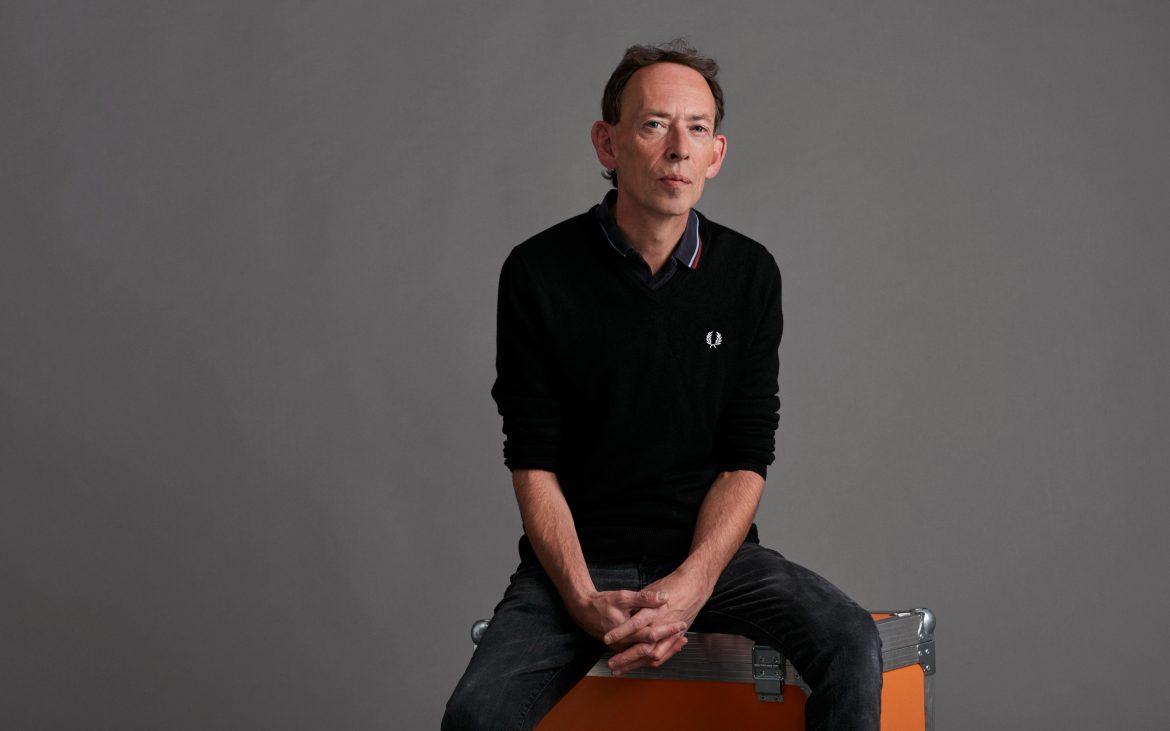 The road to 20 has not been without its challenges. In early 2010, the BBC threatened to close Radio 6 and replace it with a sister show to the ever popular Radio 2. A campaign created by the fans of the show – #SaveBBC6Music – gained significant media attention, and was an early example of the power that social media would have in enacting real world change.

After the campaign, a 2015 article by The Guardian stated that the channel’s listenership tripled, and that Radio 6 was aiming to increase that number from 2 million to 2.5 million. Now the number is comfortably at 2.6 million as of December 2021. Of the campaign, Camilla says, “It provoked an incredible reaction from the listeners who feel so passionately about 6 Music and what we offer.”

Camilla goes on to mention their plans to celebrate the upcoming anniversary: “Some of the biggest names in music, TV and film including Russell Crowe, Beck, Anna Calvi, Emily Eavis, First Aid Kit, HAIM, Neneh Cherry, Peter Capaldi, Simon Pegg, Robert Glasper, Thundercat, Wet Leg and more have curated 20 special playlists for us – one for every year. These playlists will drop on BBC Sounds on the morning of Friday, 11th March.”

“The audience are at the heart of everything we do. We are a radio station made by music fans for music fans, it’s a real community and that’s pretty magical when you think about it.”

By Sarah Nane
6 Mins read
BBC correspondent Laura Foster talks about how she made a career for herself in the Journalism industry.
Entertainment

By Sapphi Littleton
11 Mins read
Meet hair and make-up artist Loz Schiavo who talks about her past, her design process and creating the iconic Peaky cut.
Culture

By Artefact Magazine
11 Mins read
Artefact explores the importance of film restoration and preservation with the BBC’s Restoration team.