In 2006, when Miley Cyrus made her television debut as the eponymous lead in Disney’s Hannah Montana, every teen watching the show felt a glimmer of hope. She played Miley Stewart, a brunette girl-next-door who nonchalantly twirls to transform into Hannah Montana, a glamorous blonde popstar. “I loved watching the show because it reminded us it was possible to be famous no matter where you came from. At 13, I pictured my dream house with Hannah’s walk-in wardrobe,” says Anisha Agarwal, and she wasn’t alone. In March 2006, when the television show about a teen who is secretly a successful singer premiered, it opened to the largest viewership that any Disney show had received at the time.

Miley Cyrus–the American actor who was 13 when she began playing this aspirational icon leading a double life–was immediately swarmed with fans asking for autographs; and this was only the beginning of her fame-ridden life. Over the next six years (and six seasons), Hannah Montana became a billion-dollar franchise with sold out concerts across the US, a rocketship of merchandise littering teen girls’ rooms worldwide and numerous magazine covers.

What was it about this double life that had millions enamoured? Besides the obvious clout that comes with fame–think Hannah’s backstage parties with Jesse McCartney, Sheryl Crow, Dwayne Johnson, and the Jonas Brothers–the show also teased the wonders of a makeover. Awkward and introverted Miley was suddenly the centre of attention once she slapped on a blonde wig, glittering pink lip gloss and a sequined blazer; alluding to impressionable teens that their big break was short of one visit to the hairstylist. 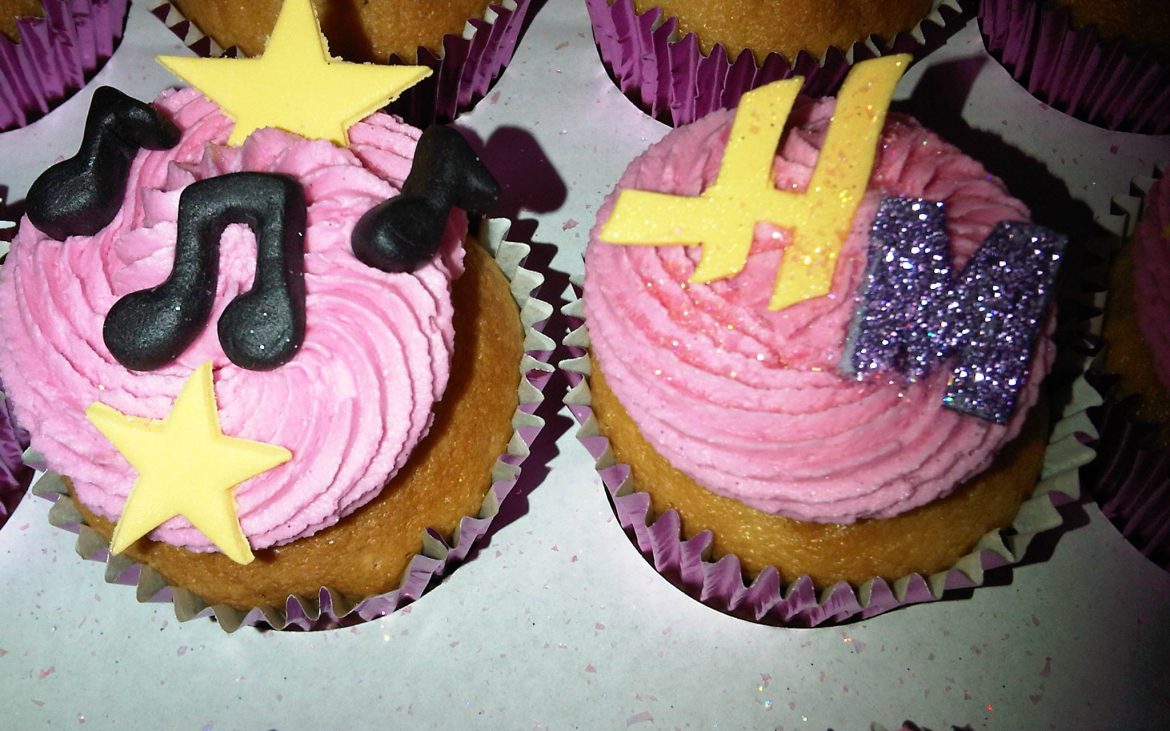 From Hannah Montana themed barbie dolls and play houses to lunchboxes and birthday cakes, the show was a billion dollar franchise for Disney. [Donna Biggins]

Sixteen years and a generation after the show premiered, Gen Z are populating TikTok and Instagram with a trend-updated version of Hannah’s “double life”: makeover transition videos set to internet-famous tunes. Just as Miley’s confidence peaked while wearing Hannah, for many TikTokers the before-after transition helps them be their truest selves on the internet. Several creators like American Indian TikToker Hamel Patel and Polish TikToker Maria Jeleniewska have gained millions of likes and followers for these snappy makeover posts featuring outfit or makeup changes, while lifestyle magazines have launched step by step guides on ‘how to ace transition videos’.

For British writer and TikToker Ellen Rosemarie, transition videos are a positive way to experiment with her style. “I think before-after styling videos are fun. I love that you can see people’s confidence grow as they put on their favourite clothes,” she says. Ellen and her sister Milly started a TikTok account together to share their vintage and secondhand finds. But besides fashion transition videos, Milly uses the space to share her journey through breast reduction. In February, she posted a video to a remastered version of Queen’s Don’t Stop Me Now. Milly appears in a hot pink crop top before the surgery, twirls and completes the movement in the same outfit but after the breast reduction. While the Disney transition sold a frivolous, glamorous vision, Milly’s video uses the same style to highlight a difficult personal journey. The video has over 75 comments with users supporting and celebrating her, and a select few were inspired to share their own transformations.

Yet this is a rarity. More often than not, the transition trend is makeover-focused and comes with a dark underbelly. The TikTok style is usually characterised by conventional beauty standards and reinforces age-old tropes. In 2015, in an interview with fashion magazine Marie Claire, Miley Cyrus confessed: “From the time I was 11, it was, ‘you’re a pop star! That means you have to be blonde, and you have to have long hair, and you have to put on some glittery tight thing. I was made to look like someone that I wasn’t, which probably caused some body dysmorphia because I had been made pretty every day for so long, and then when I wasn’t on that show, it was like, who the fuck am I?”

When Hannah Montana’s creators hinged the main character’s stardom on a superficial makeover, they probably did not see the far-reaching consequences this would have on the cast. Of course we can’t claim that this very transition manifested a trend on TikTok a decade later. But now that we are aware of the impact that this perceived reality has, it would be better to tread with caution right? Despite advocating for body positivity and diverse expression, this deep-seated imposter syndrome trickles down to the digital-first generation as well. 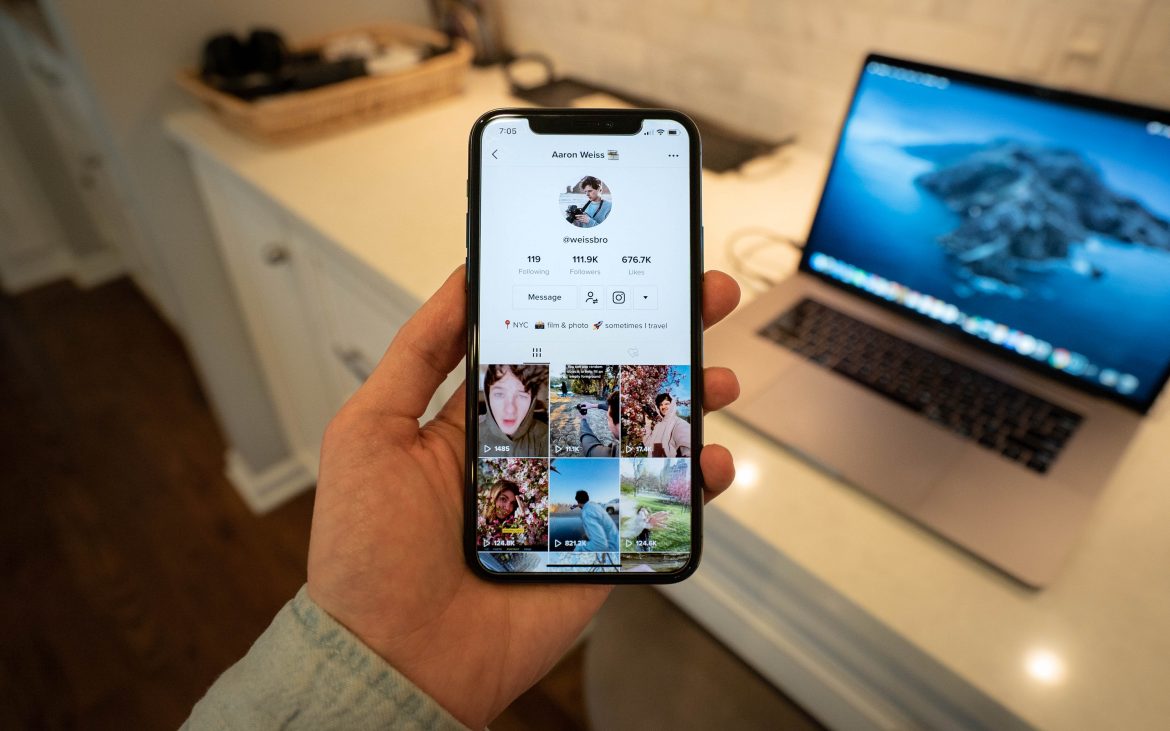 There are over 3.7 million users on TikTok in the UK alone. [Aaron Weiss]

Tatum Van Dam, 24, views TikTok as a safe space for expressing her creativity and admits that she is often more comfortable talking to a camera than people IRL. Still, she too has been prey to body image issues stirred by transition videos. “Many glow-up challenges start with the creator looking conventionally unattractive: messy hair, no makeup and glasses. As someone who wears glasses, this really annoys me as they associate it with being uncool and an ugly trait to get rid of,” she says. While for Tatum the trigger appears in dropping the glasses, for many it’s different things–concealed acne scars, straightened hair or dramatic weight loss are a few. Besides impacting viewers, in the long run these videos equally threaten the creators as they become increasingly comfortable with the validation that comes from a curated on-camera persona–just as it did with Miley playing the role of Hannah.

“While you can control exactly how your image changes after the transition online and gain gratification, the concern arises when you cannot achieve that in real life without the perfect lighting, angles and filters. Often this causes creators a lot of anxiety to meet people outside,” says Hannah Jarman, an Australian postdoctoral research fellow who studies the impact of social media on the body image of teens and adolescents. She does not disregard the constructive influence these videos can have on people but instead encourages creators to consciously reflect on how much they depend on this validation for personal growth and happiness.

Case in point: Shelly Ann Wong–a makeup artist who often makes transition videos to Bollywood mashups–became more comfortable in her skin offline after creating content online. In a recent video, Shelly slides in front of the camera in a casual printed t-shirt, face free of any makeup. Singing along to the mix by Instagram influencer @its.gurnaz, she covers the lens with her hand and on cue with the beat drop uncovers the camera to reveal her new look. Dressed in a yellow bandhini kurta, pearl hoops, winged eyeliner and light blush colouring her cheeks, Shelly’s transitioned outfit compliments the shift from Western pop music to a traditional Bollywood tune.

But this confidence remains newfound. In 2018, when she posted videos on TikTok no one from her IRL friend circle was on the app yet so she found solace in expressing herself creatively to strangers on her ‘for you’ page. However when India banned TikTok, Shelly was forced to shift to Instagram Reels, a more popular platform in the country. “I was very conscious in the beginning because now people who knew me were seeing a side of me that I saved for the camera. But slowly I grew into it, I remembered how creating these videos makes me happy–it is the only thing I do that is entirely for myself and other people’s opinions stopped mattering,” she says.

For her, transition videos are not about the makeover from ugly-to-glam or the focus on certain features, instead it is about appreciating the courage to put yourself out there and the hours of hard work that goes into creating a 30 second video. Looking at the transition trend in hindsight, Hannah Montana walked so Gen Z could run. It took Miley Cyrus years to come out and acknowledge how the show impacted her mental health. Yet with the growing body positivity movement, an affirming hype culture and more focus on self-reflection, we can only hope that the new tribe remembers to check in, and carries their ‘double life’ away from body dysmorphia and towards diverse, positive expression. After all, in the digital age even if history dares to repeat itself, the internet lets you take charge of the narrative.