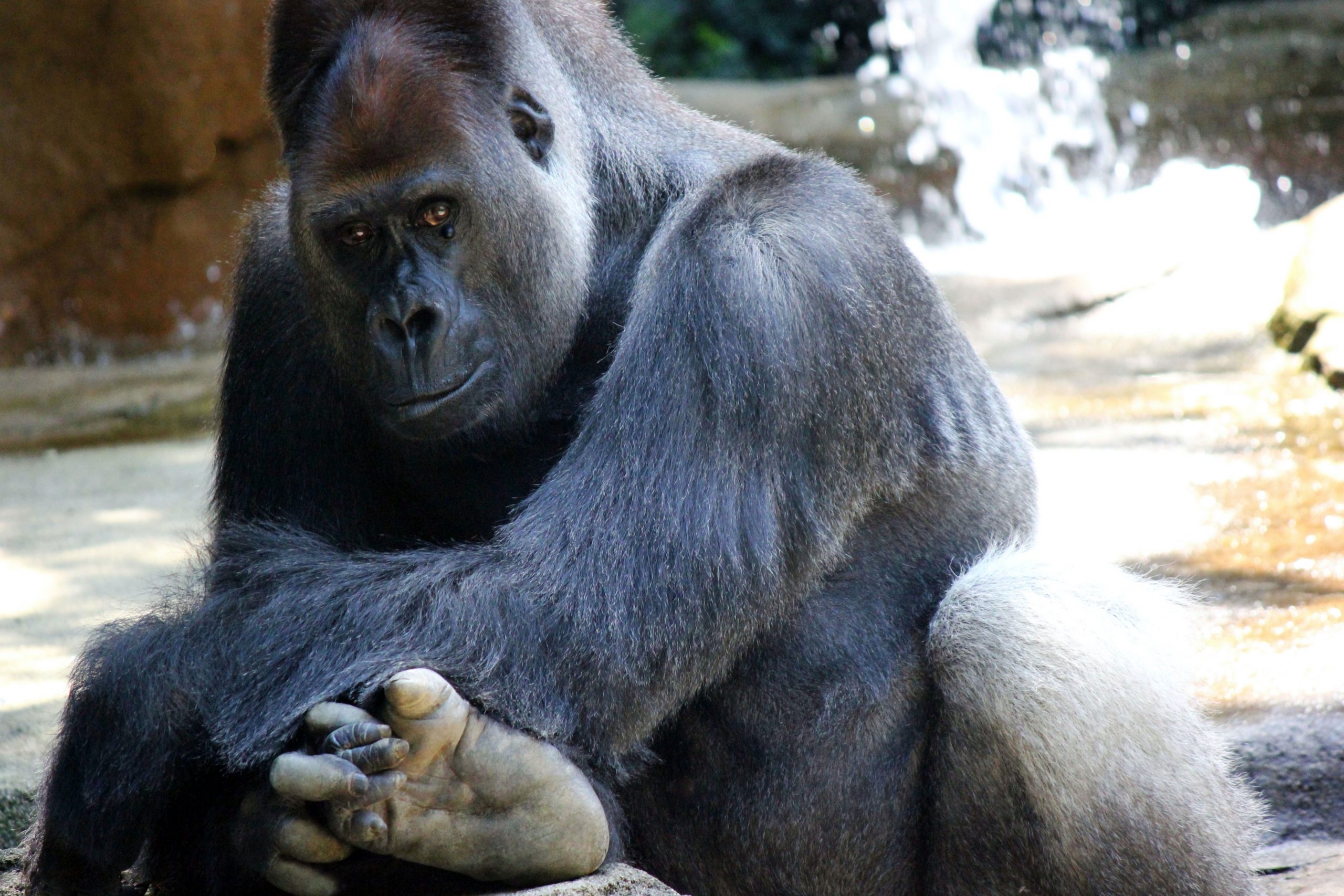 At this point, 2016 feels like a hallucination. Rainbow coloured foods soared through Instagram feeds, people were posing like mannequins as Rae Sremmurd’s “Black Beatles” played in the background, everyone – including American presidential candidate Hillary Clinton – used a dab as a formal greeting, and plastic water bottles served a dual purpose: drinking and flipping. However, if there is one artefact of 2016 that stays with us today, it is America’s furry, ground-dwelling ape who is resting above: Harambe.

Harambe was a Western lowland gorilla born in Brownsville, Texas. By the time he was 17 he would call Ohio’s Cincinnati Zoo and Botanical Garden “home.” On May 28, 2016, a three-year-old child fell into Harambe’s enclosure and was grabbed by the T-shirt and dragged around the premises. Moments later, Harambe was shot to death with a rifle by a zoo employee. A video of the fatal incident was uploaded to YouTube, where it instantaneously went viral. According to Know Your Meme, “It gathered upwards of 12.6 million views and 41,000 comments in the next 48 hours. The video was subsequently removed, but several mirrored versions quickly resurfaced.” Moral debates over who was at fault – the zookeeper or the child’s parents – took the news by storm. Despite the seriousness of the incident, the internet did what the internet does best: it created a meme out of the moment.

Meme enthusiasts went so far as to get Harambe’s portrait in permanent ink. “My tattoo artist has a flash book at the front of her shop, and while waiting [to get a tattoo] I always flip through it,” says 26 year old professional boxer Bowe Van Dam. “She had this bad-ass stencil of a gorilla head in there that I always wanted to get tattooed. On the one year death anniversary of Harambe, I decided it was meant to be.” The tattoo was a spur of the moment decision, and Van Dam says he has no regrets. “Life is too short, get that tattoo you want!” 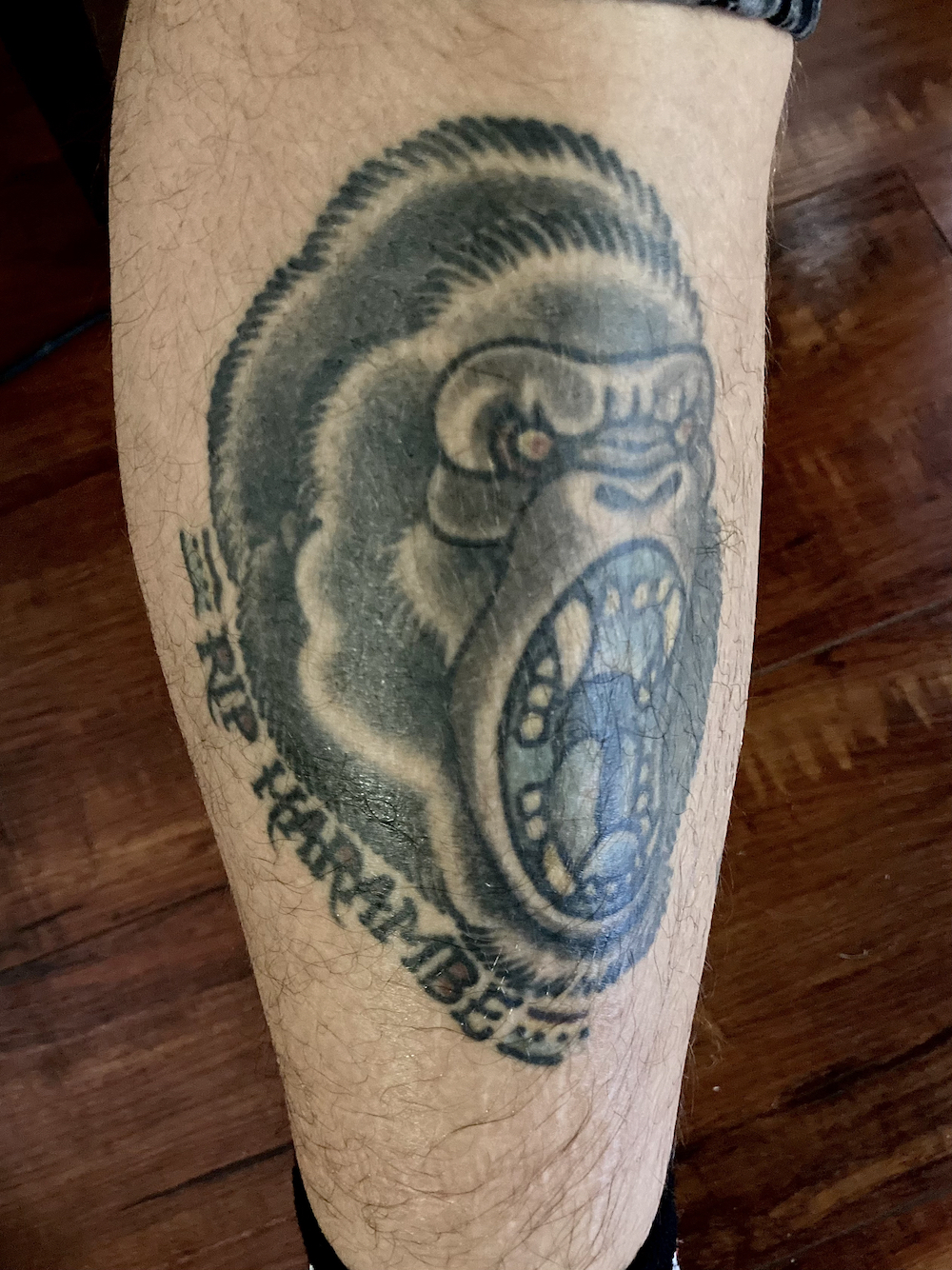 Harambe’s spirit is not only seen – it is heard. In 2017 an American indie-pop band called c a n d i d ! released their EP “Bananas for Breakfast”. On the EP lies “The Ballad of Harambe” – and it is exactly what it sounds like. Sort of. “The Ballad of Harambe” is one of those songs that takes multiple listens to hear what it is actually about. Upon the initial listen, one thinks they are listening to a typical indie song. That is, until they dissect the lyrics, some of which include: “They tried so hard just to breed with you, But you can’t breed with an empty zoo” and “So we cry, we cry, we cry, we cry, we cry, cause / They shot Harambe in the head (yeah yeah yeah)”. Unlike your typical indie ballad, “The Ballad of Harambe’s” songwriting is tongue-in-cheek. c a n d i d ! songwriter Andrew Pham says, “I just think it’s really silly and unnecessarily detailed.”

c a n d i d ! disguises an ode to Harambe in whimsical instrumentals that are reminiscent of a 60s blues song. Weaving together electric guitars, soft drums, and sweet vocals, “The Ballad of Harambe” sounds like a yearning for a lost love (and in a way, I suppose it is). In fact, it has earned itself nearly 2,000,000 Spotify streams, and has been added to popular Spotify playlists such as “Makeout Music” and “Uhh are we about to kiss right now?”. 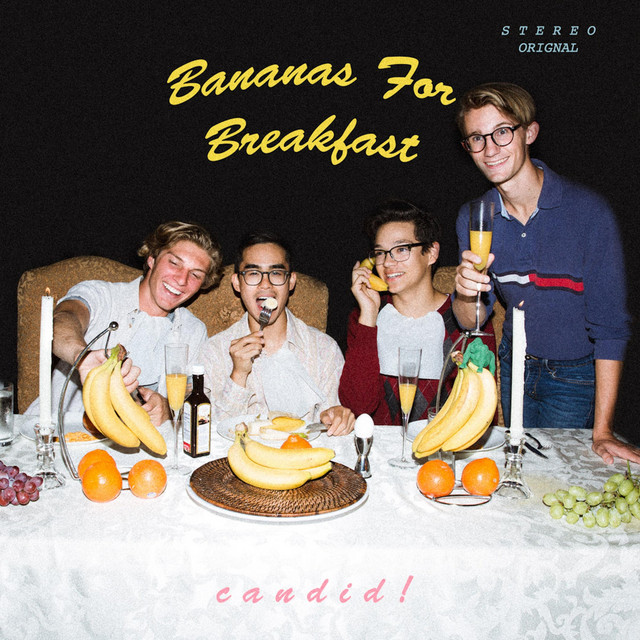 On the tune’s inception, Andrew shares, “I was enrolled in a songwriting class with a teacher whose methods of songwriting I did not really agree with, but had to strictly follow for a big assignment. I wanted to make the best of the situation and get a laugh in for myself so I chose to write about the most ridiculous thing ever, Harambe, who I was obsessed with at the time because the whole ordeal was very fresh. Funny enough, even though I tried to make the song really bad, it ended up being very catchy and the teacher loved it so I guess we all win in the end,” he laughs.

Even in 2022 we have reminders of our sweet, sweet ape. In February, the Cincinnati Bengals played the Los Angeles Rams in the 56th annual Super Bowl. At the peak of their Super Bowl run, Cincinnati’s defensive player Sam Hubbard announced that they [the Bengals] were playing in honour of Harambe. On the Pardon My Take podcast, Hubbard stated, “That’s our guy. That’s our hero. We’re doing this for him.” Hubbard’s declaration led several Bengals fans to bet on their team at the expense of a tattoo of Cincinnati’s fallen friend. 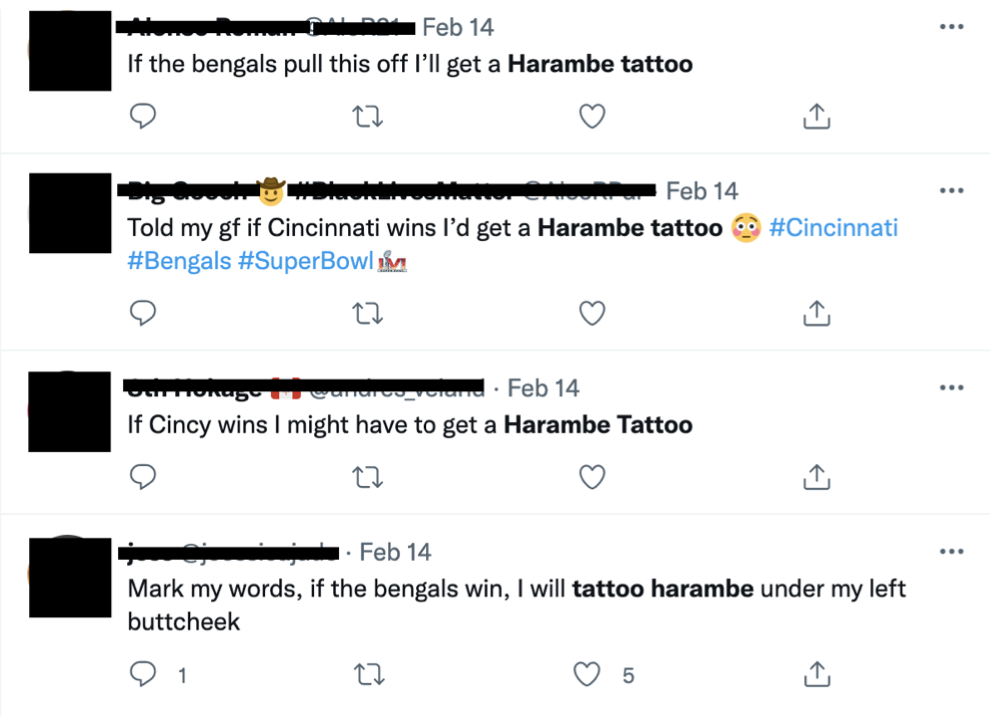 Sadly – or not – the Bengals lost and tattoos were out of the question for their fans. Despite the loss, whether Harambe’s figure is etched out in ink, or described in a song, he remains as a source of drive and inspiration years after his unfortunate death.