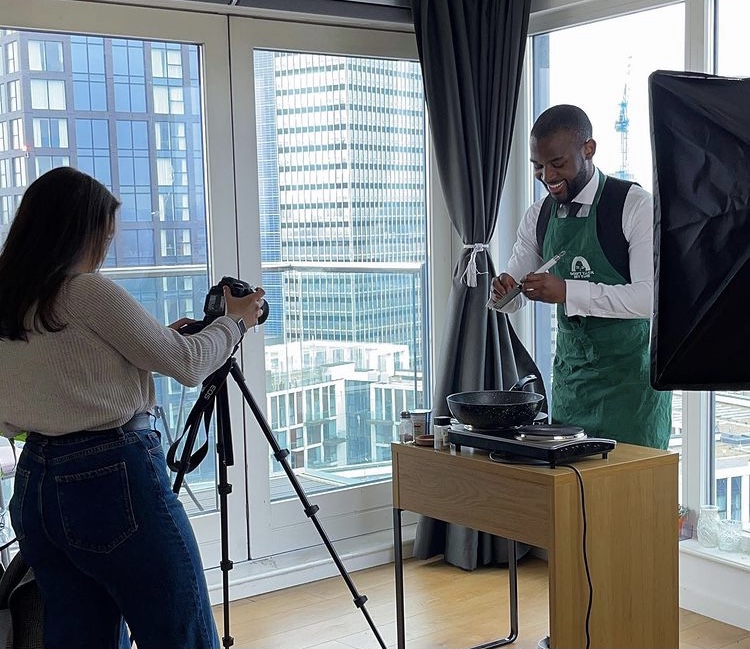 The year is 2013. Miley Cyrus has just caused an uproar by twerking on stage in a latex bra and knickers at the MTV Video Music Awards, Lorde’s Royals has just spent 16 weeks at the top of the UK charts, and your Instagram feed probably consists of low-resolution selfies accompanied by questionable hashtags, like #selfie and #bff.

In the same year that Kim Kardashian “broke the internet” by sharing a naked photo of herself with her millions of Instagram followers, the Oxford Dictionary named the word ‘selfie’ as word of the year for 2013.  The word ‘selfie’ – meaning a self- portrait photograph typically taken on a smart phone or digital camera – can be traced back as early as 2002 when it was used in an Australian online forum; however it was not until 2013 that ‘selfie’ became an everyday part of the English language. According to research conducted by the BBC, the use of the word ‘selfie’ in everyday conversation increased by 17,000 per cent in 2013, arguably due to the swiftly increasing popularity of the social media app Instagram.

Launched in 2010, Instagram is a social networking platform that allows users to upload media, often edited with filters and organized by hashtags or geographical locations. Users can ‘like’ one another’s photos, as well as determine the type of content that appears on their home page by choosing other users to ‘follow’.

Despite being launched three years prior, it wasn’t until 2013 that Instagram reached mainstream popularity, and following someone on Instagram became the new friending someone on Facebook. By mid-2013, the app had accumulated over 110 million users, a staggering growth from its 15 million users in January 2012.

Back then, Instagram was nothing more than a fun way for users to share pictures with their family and friends, as well as keep up to date with their favourite celebrities. Content posted by users would typically include their pets, what they had for dinner, their morning coffee and, of course, selfies. Photos would be edited with a quick built in filter applied seconds before the post was uploaded – a world away from the heavily photoshopped, sponsored posts we are used to seeing on our feeds in 2022. The idea of the average person being able to build a career and earn a substantial income simply by posting content on Instagram in 2013 would have seemed, quite frankly, absurd.

Fast forward to 2022 and Instagram is almost unrecognisable from the collection of square shaped, sepia toned images we were used to nine years ago. No longer just a platform to share duck-pout selfies and see what your mates had for tea last night, Instagram is now a highly profitable platform from which thousands of people have built fruitful careers. Fashion, beauty, tech, food and other brands often pay users with large followings to post photos of themselves wearing, using or eating their products, knowing this is an efficient way to reach a large number of people, making Instagram a sole source of income to thousands of users, rather than just a fun pastime.

For example, 26-year-old Nigel Kay Kabvina, known on Instagram as @sxmplyni, has accumulated over 25,000 followers by posting cooking videos and tutorials.

“I was fortunate enough to be part of the current kind of gold rush from TikTok – a lot of creators refer to the way you’re able to grow followers on TikTok as the fast fashion of influencing. I started posting cooking videos on TikTok with music that means a lot to me, like R&B and Jazz – soon I built up a large following on the app, and my followers just kind of naturally transferred to Instagram. The way I use Instagram has definitely changed in the last nine years. I used to upload content to Instagram once or twice a year, but now I try to upload once or twice a week so I can maintain my following.”

However, the changes in the type of content posted on Instagram have not all been positive, with more people than ever say they find Instagram damaging to their mental health.

“When Instagram first became a thing I just posted whatever I wanted, whenever I wanted” says Kali Newman, 24. “I didn’t really care about how many likes I got or if the post fitted the overall aesthetic of my feed.”

“But now I spend hours editing and analysing every last detail of a photo before I post it, and even then if it doesn’t get at least 100 likes in the first couple of hours it’s up, I’ll delete it. I always make sure to post between 6 and 7 pm too, as that’s the peak time to get the most likes.”

“Sometimes I almost feel like Instagram has taken over my life” adds Demi Eades, 25, who’s also an avid user of the app.

“When I first made an account in 2013 I just used it for fun, but now it’s more like a chore. I can go out with my friends and have the best time ever, but if I don’t get an Insta-worthy photo, it will feel like a waste.”

“But then whenever I do post something,” she continues, “I get such bad anxiety that I have to put my phone on airplane mode and not look at it for a couple of hours. It’s basically a lose-lose situation. Sometimes I just want to delete the app, but then you don’t want to be the only person that doesn’t have Instagram.”

Demi is not alone in experiencing the toll Instagram can take on mental health, with numerous studies linking Instagram usage to depression, anxiety, body dysmorphia and self-esteem issues.

Along with allowing users to upload ten photos in one post compared to just one per post in 2013, as of August 2016 Instagram also now allows users to post ‘stories’ : pictures or videos that will only appear on the users profile for 24 hours, with the user able to see a list of everyone that has viewed said story.

When taking a selfie through on Instagram stories, the user has the option to apply a filter over their face that extenuates their features to appear (supposedly) more attractive, almost as an idealised version of themselves. It goes without saying how detrimental this can be to a young person’s mental health and self-image – at least in 2013 the selfies we uploaded actually looked like us.