She’s escaped the greyness of Leeds. Finding herself painting in Capão, surrounded by nature, her family, and the beauty of Brazil.

Mona is a creator. A creator who is continuously exploring and challenging her artistic talent. She is no stranger to this creative world, wherever she may be, you will always find her in a studio with a glass of wine in one hand and a paintbrush in the other.

Mona is a woman, the type of woman who is constantly embracing the experiences in her life and conveying that in her work. 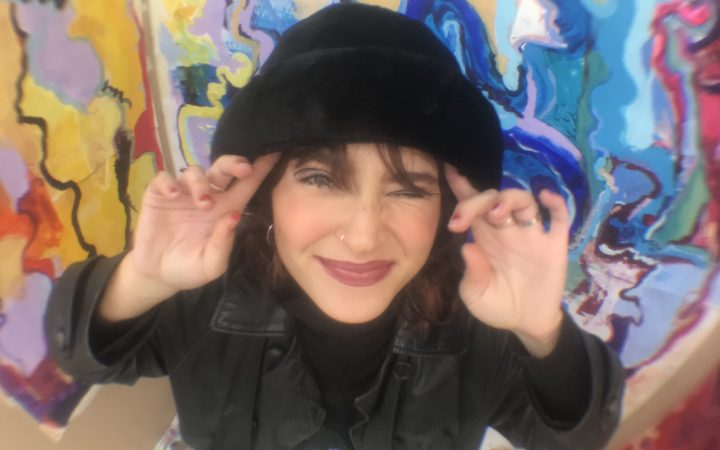 As we spoke through a computer screen, she expressed how she felt as though she didn’t have a concrete style as of yet. For her, it was almost dangerous to put herself in a box, doing so would limit her abilities.

She’s a young artist, like many of us, a little inexperienced in the field of art, but if there’s one thing she’s aware of is the long path of finding what her mark as an artist is.

Mona’s “fuck it” mentality allows her to dance around different concepts, moulding her work however she wants it and that’s the beauty of her line of ‘work’; to afford to do anything she wants.

Mona has no restraints, she has a wild soul, she creates things that matter to her, her worth and the worth of her art isn’t based on people’s expectations and judgments of her. “Success for me is being proud of everything you do.”

One word to describe her is: passionate. “If I’m not giving 100% it’s just not worth my time”. Her passion was seeded in her since a child or simply by the experiences she’s had with individuals.

She spoke of the people around her, all of whom are creative, especially creative women. She reminisces her childhood, a childhood surrounded by strong matriarchal figures who were all exceptionally talented. 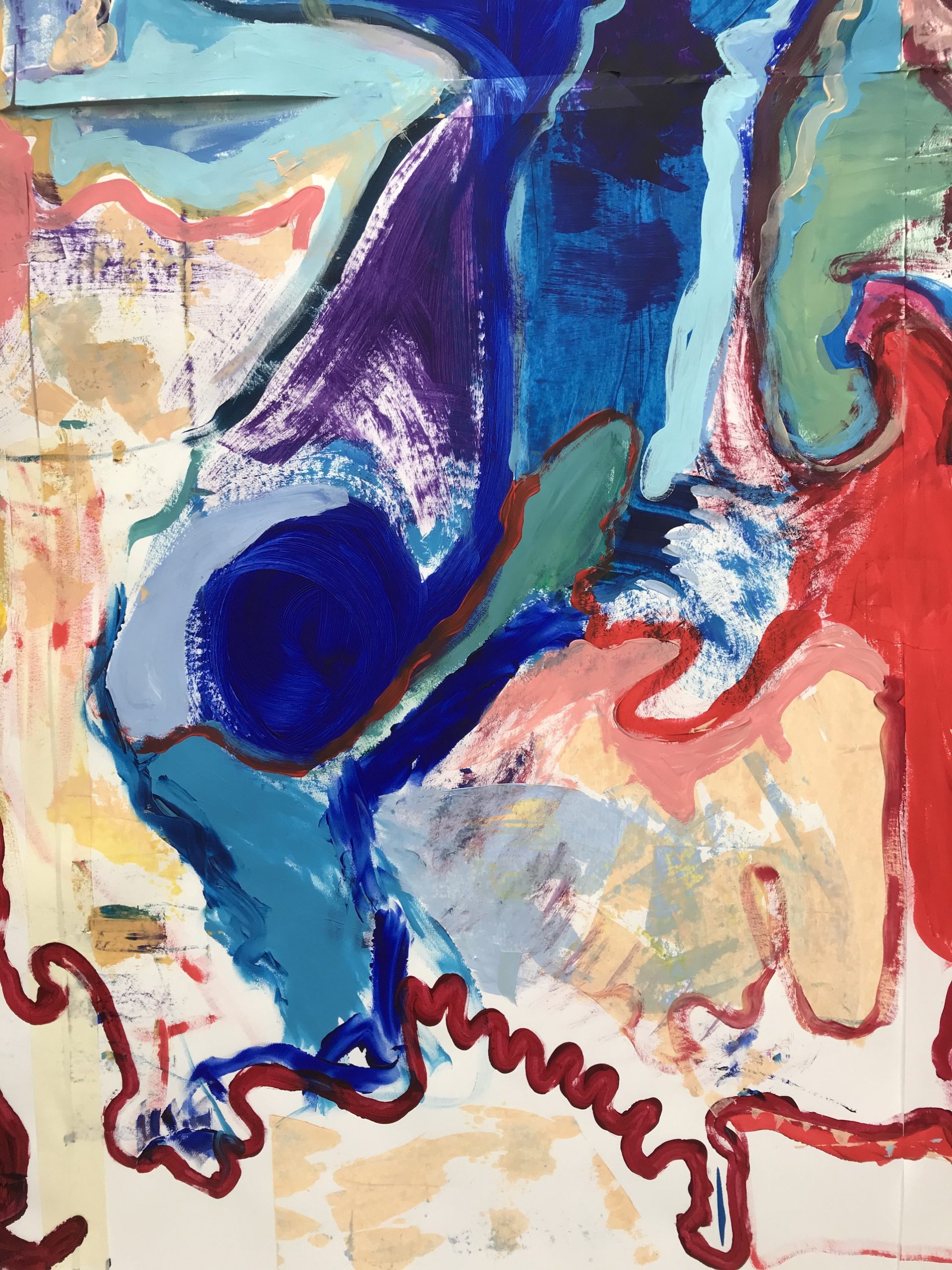 She was bound to be creative when all the people around her allowed her to feel so comfortable in this field. “If there’s one thing I knew [it] was that I was going to be a creator.”

She navigated so freely around all the options that make one an artist. It manifested into her life in so many different forms, either in writing, music, or acting. She eventually stopped pondering around all the possibilities and realised that her real passion lay in fine art.

There’s a certain love between her craft and herself. I could see it in every painting she showed me. With each work of art, you could see the challenge she has with her inner self to get better. It’s constant competition with herself.

There was a screen separating us, I sat in my room and she was in her back garden, surrounded by the mesmerising beauty of Chapada Diamantina. The sun was beaming on her face, but here the sun was hiding behind the melancholic London clouds.

I asked her what inspires her, I asked her if it was her Brazilian blood or just the experiences that she had, she answered with “I’m submerged in the process I do, playing an active role in the creative development of my work is my love language, it’s intimate, it’s romantic and that’s where my incentive derives from.”

She kept on telling me how stimulated she is by various people and different experiences in her life. Mona considered herself truly lucky because the people around her are probably the most talented people she’s ever come across and for her, that was a challenge, a challenge to not be constantly inspired. 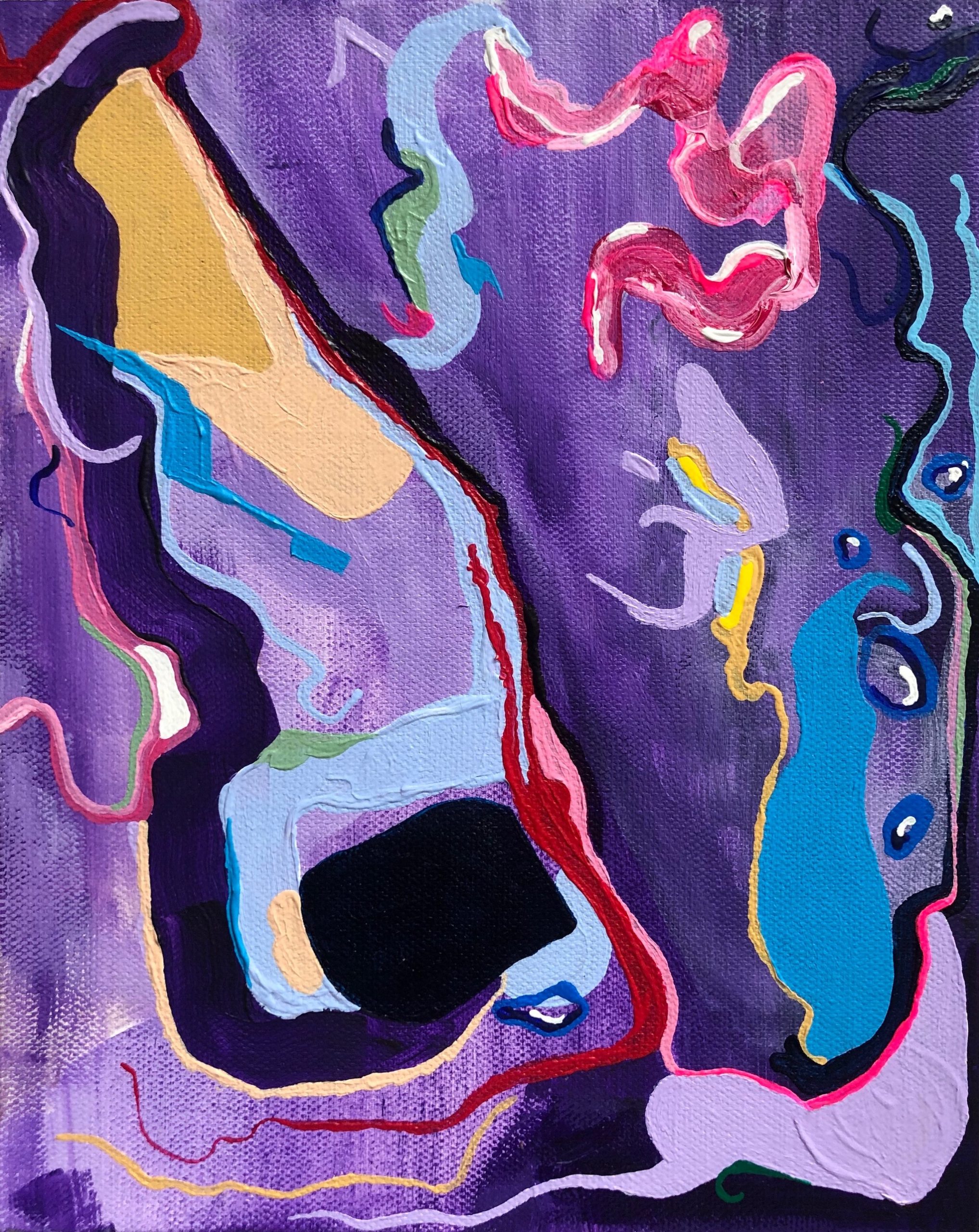 She’s never truly realised how influential travelling has been in her life, encountering so many cultures, colours and foods that many people haven’t even dreamt of. It was a given that her view on art was less Eurocentric than it could’ve ended up being.

But now she’s back in a place that exhilarates her the most, a place where all she can do is paint, almost like she doesn’t need to do anything else, just be present and exist.

An artist who refuses to be deterministic and short-minded, all the work she does is honest to her and it’s something she always tries to get across. Her life right now feels like a lucid dream. She couldn’t tell me if it was reality or part of a dystopian novel.

She ran away from England, not remembering it well or the feeling it evoked. Yet, she manages to remember the frustrations and anger that lingered her mind daily. Everything for her stopped, being confined was a fight as she simply thrives of ideas and conversations.

“Art became digital and as much as I support that, there’s a type of familiarity when you go to a gallery or exhibition and look at a piece of art that you cannot replicate. There’s a connection there. It’s real.”

Mona is many things, she’s a fervent lover of her surroundings, she’s eager to feel this intense relationship between herself and the art she creates and she’s simply a woman who adores what she does.