The Chuckle Brothers get Grimey 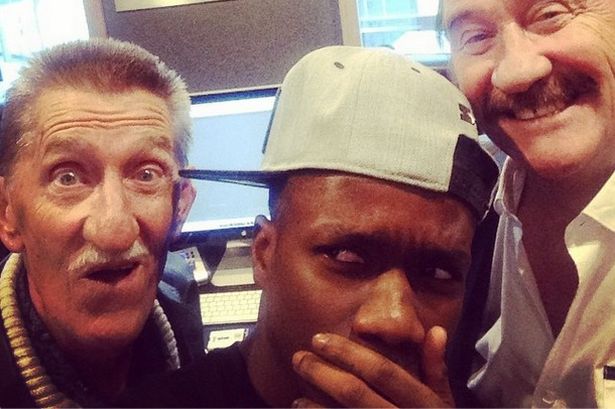 Successful duos in the music business are something of a rarity. With exceptions like Daft Punk, The Black Keys and Outkast it seems the music industry, in which the solo stars soak up the limelight, is a harsh world for a twosome.

But could the Chuckle Brothers be the latest celebrity pair to top the charts?

The brothers starred in the slapstick comedy style CBBC television show Chuckle Vision which ran from the late 80s to 2009. In it Paul and Barry Chuckle would undertake a job, task or adventure.

However, making their transition from children’s television to grime, it seems they may have found themselves a new adventure.

The Chuckle Brothers’ manager, Phil Dale, told The Guardian that the pair met grime MC Tinchy Stryder while filming an episode of Keith Lemon’s ITV show Celebrity Juice. It seems they got on so well that he invited Paul and Barry down to the studio to work together in late September.

A selfie and a short video were uploaded to Tinchy’s Instagram account, where both Paul and Barry can be spotted in the studio. Paul, the younger of the brothers, tweeted that they had been “laying down some cool stuff”. This of course sparked rumours of a possible Christmas single.

To Me, To You is the single produced from the collaboration and named after the brothers’ most memorable phrase. The video released includes the pair dotting around a residential street passing each other a ladder, playing table tennis with Tinchy and attempting to shuffle wearing snapbacks.

Despite this, with over one million views on Youtube, one of the strangest musical collaborations of our time has become a comedic success.

The single has been released to raise money for the African Caribbean Leukaemia Trust, with all profits from the track going to the charity.