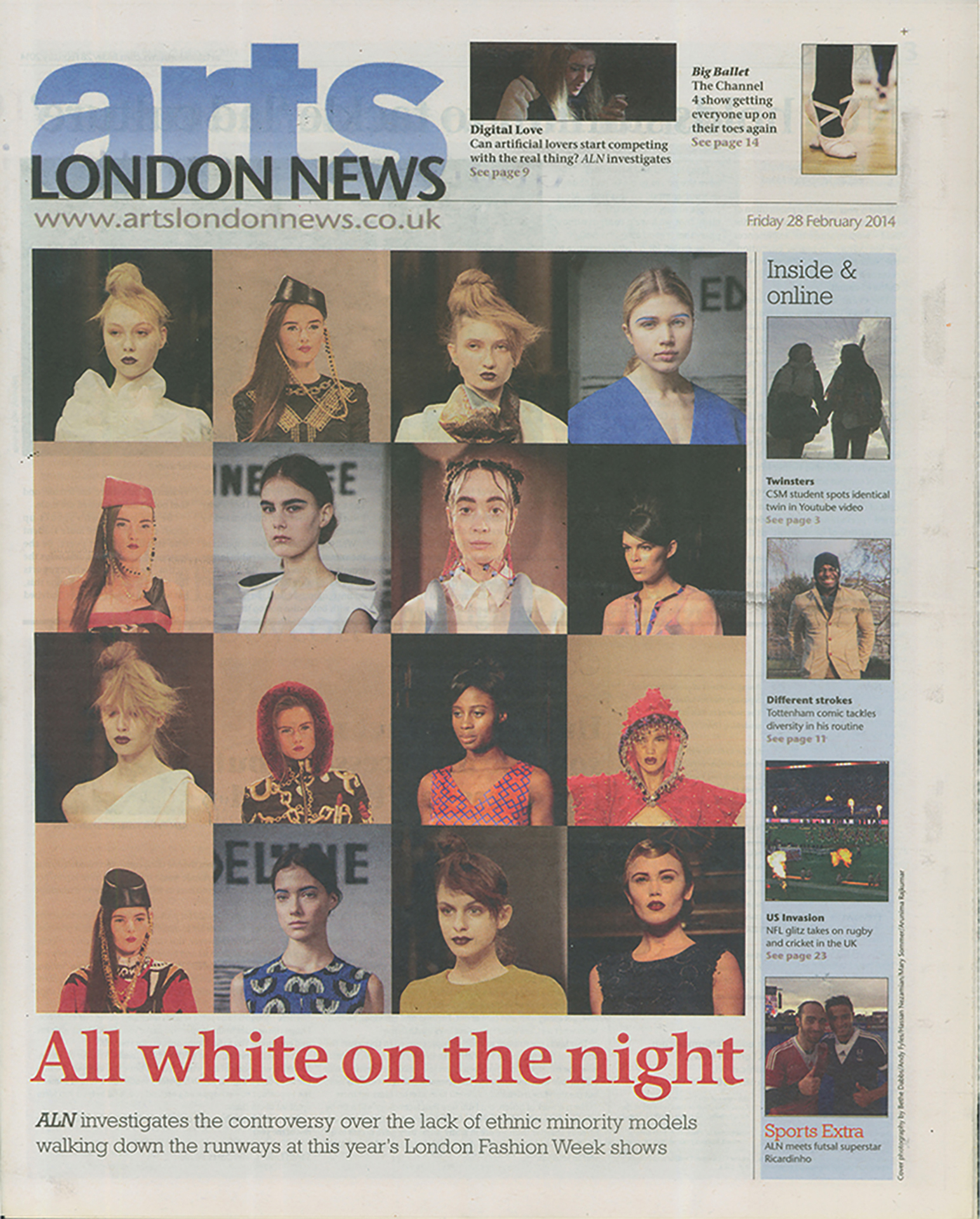 The last undergraduate issue of ALN in February 2014

It might seem like the end of an era, but really it’s just another chapter in a constantly evolving story that dates back to 1994, when LCC was still the LCP (London College of Printing) and UAL was still the London Institute.

The School of Media was located at Back Hill, Clerkenwell, and it was here that third year BA Journalism students began work on a pioneering newspaper project, the imaginatively titled Clerkenwell Guardian – and later the Back Hill Reporter.

Not your average university ‘student rag’, this project offered third year students the chance to work in a hands-on newsroom environment, instructed by industry experts who would ready them for the realities of professional journalism. 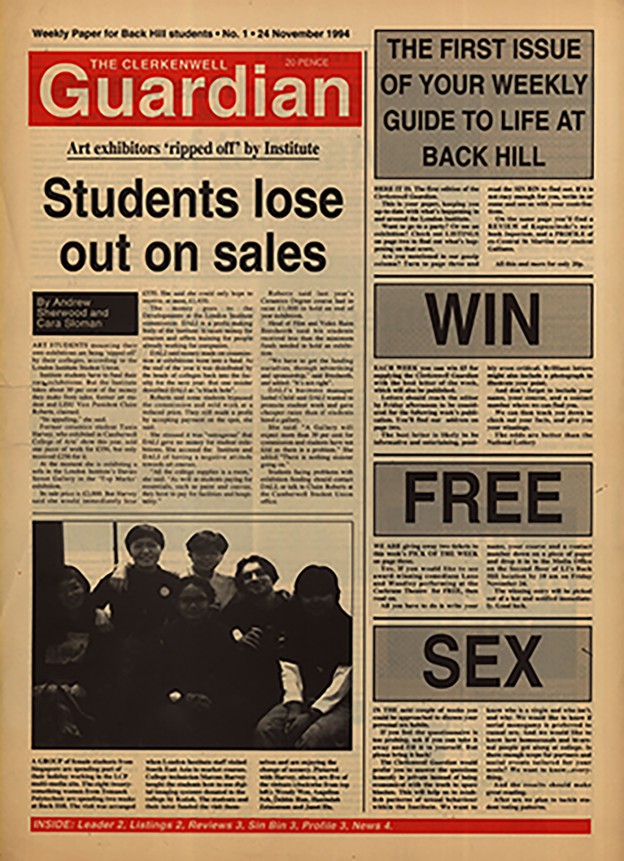 The first edition of the Clarkenwell Guardian in November 1994

Crucially, the paper was gifted free weekly distribution thanks to a close relationship with media giant News International.

Anthony Delano, senior lecturer on the BA Journalism course at the time, explains how the deal came about: “The first few issues were printed by a commercial printer but, as ever in higher education, budgets rule and there was no guarantee that this peerless teaching tool could be kept running.

“Happily, I had friends well placed to help. Jane Reed was head of corporate affairs at News Limited (as it was then) and the CEO was Les Hinton, with whom I had worked in New York.

“Together they decided on behalf of their guiding spirit Rupert Murdoch that they would print the Reporter for us free. Whatever else you might know or think about Murdoch, he was—is—a newspaperman to the core and loved the noise and clatter of the old composing rooms.” 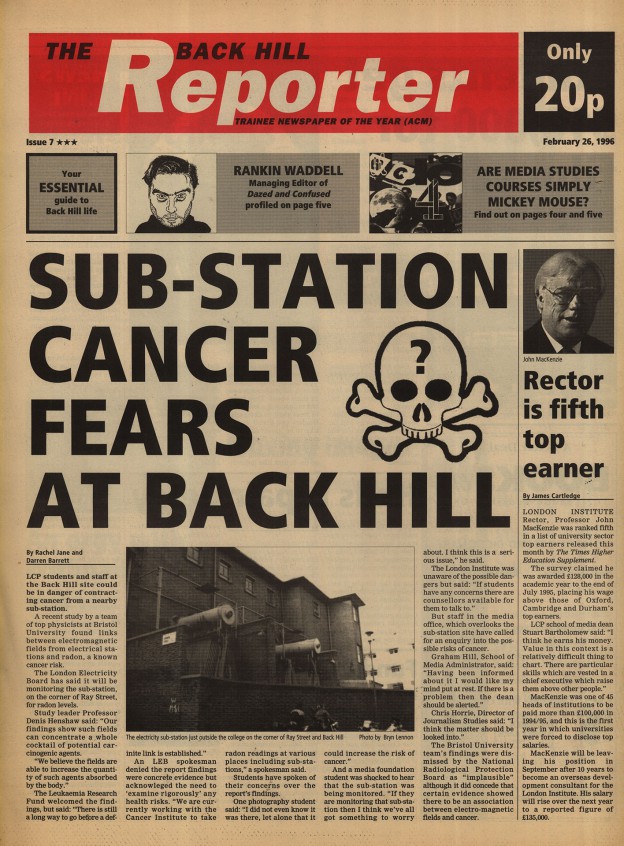 Later the paper became the Back Hill Reporter

In 2004 the newly-rebranded London College of Communication relocated to its current home in Elephant and Castle and the paper became LCC News. A significant development came in 2009 when UAL agreed to the paper’s distribution around all six of the university colleges, and even gave it a head office subsidy of £20,000.

Increased circulation and a new readership prompted another identity change, and Arts London News was born.

Discussing the legacy of ALN, Principal Lecturer and Head of Media Special Projects at LCC Paul Charman, cites the success of its alumni as a testament to the importance of the project:

“For generations of our students, the paper was a test-bed, a crucible where the skills they had acquired during the programme could be honed on a live product, reporting real stories from around London and the university.

“As a published and distributed weekly newspaper, it was unique among UK journalism courses – nobody else did it – and in so many ways remained the USP of journalism at the LCC. It also spoke truth to power, which sometimes got it into trouble. The proof of its value as a teaching vehicle resides in the fact that many of our graduates now occupy senior positions in British journalism.” 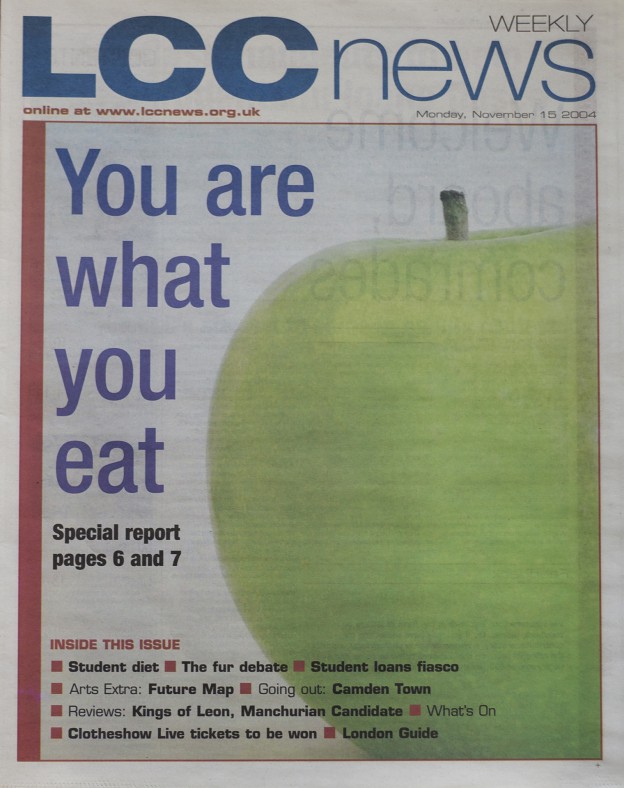 The move to Elephant and Castle prompted another name change

And so a new chapter begins, with ALN handing over to Artefact.

Masterminded by LCC Programme Director of Journalism and Publishing, Simon Hinde alongside former art director of i-D and Sleazenation magazines Scott King, the 52-page A3 publication will be printed twice a term.

As with ALN, Artefact will maintain a strong online presence via its website and social media channels.

Hinde explains the thinking behind the project: “With Artefact we wanted to create a publication and environment that firstly allows students to do work that really interests them and engages them, and secondly allows their work to be showcased in a way that will have credibility in a professional environment.

“Part of this is to create a magazine of professional standard that can compete with things that are out there on the newsstand, getting it out there in shops and various places so that people see it as a viable publication in its own right, rather than just a student project.”

Artefact’s manifesto describes its content as “positively disruptive, raw and radical” – a magazine “for 18-30 year olds who want to learn but don’t want to be taught”.

Available from November 10, the first issue of Artefact will be themed around ‘Metamorphosis’, appropriate as this ever-evolving project enters its next stage.

On behalf of all the editors, reporters and production staff who worked on Arts London News over the last five years, we say a big thank you to our readers, and farewell!