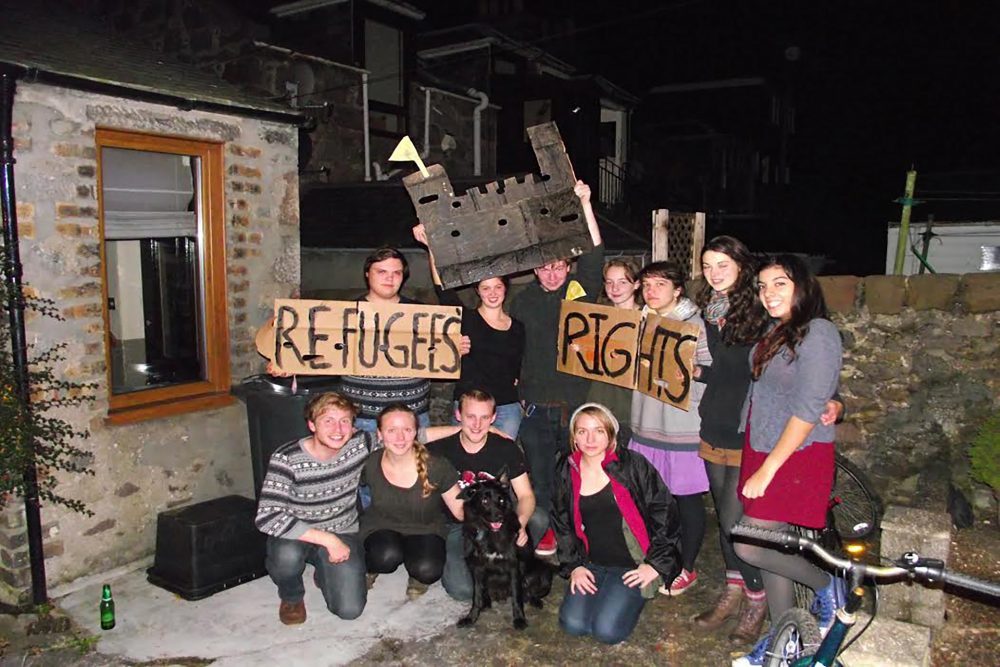 A group of students from the University of Aberdeen have launched a crowdfunding initiative to buy a £6 million castle in Perthshire.

The luxury Dall Estate, which boosts 38 bedrooms, a golf course and tennis court, would be used to home refugees and asylum seekers.

The students, who are members of the Shared Planet Society, have already raised £3,000 for the cause.

A volunteer for the society, Darroch Bratt, has said they want to “challenge the way land is owned in Scotland”, adding: “Why are these big estates only going to incredibly rich people when that land could be used to make Scotland more sustainable and be used to build communities”.

The current Westminster Government bans asylum seekers from working as they wait to hear the decision on their application.

“It’s actually really good value for money. You couldn’t build something like that, with that much land for £6 million. It would just be impossible.”

Calling themselves ‘Comrades of the Glen’, the students want to use the campaign to highlight “the poor support and lack of rights currently available to asylum seekers in the UK.”

“These people are forced into poverty and destitution and are quite often left with no other option than begging,” says Bratt.

“Dall Estate is huge! There is so much land, lots of woodland, places to grow food and a potential to generate electricity there. So it’s basically the perfect model for a sustainable piece of land.”

The campaign on IndieGoGo claims that any donators will be able “to come for a visit and experience the unique atmosphere of a left-wing radical community living in a gentrified commune called Comrades of the Glen.”

The group have given themselves until December 28 to achieve the funding.