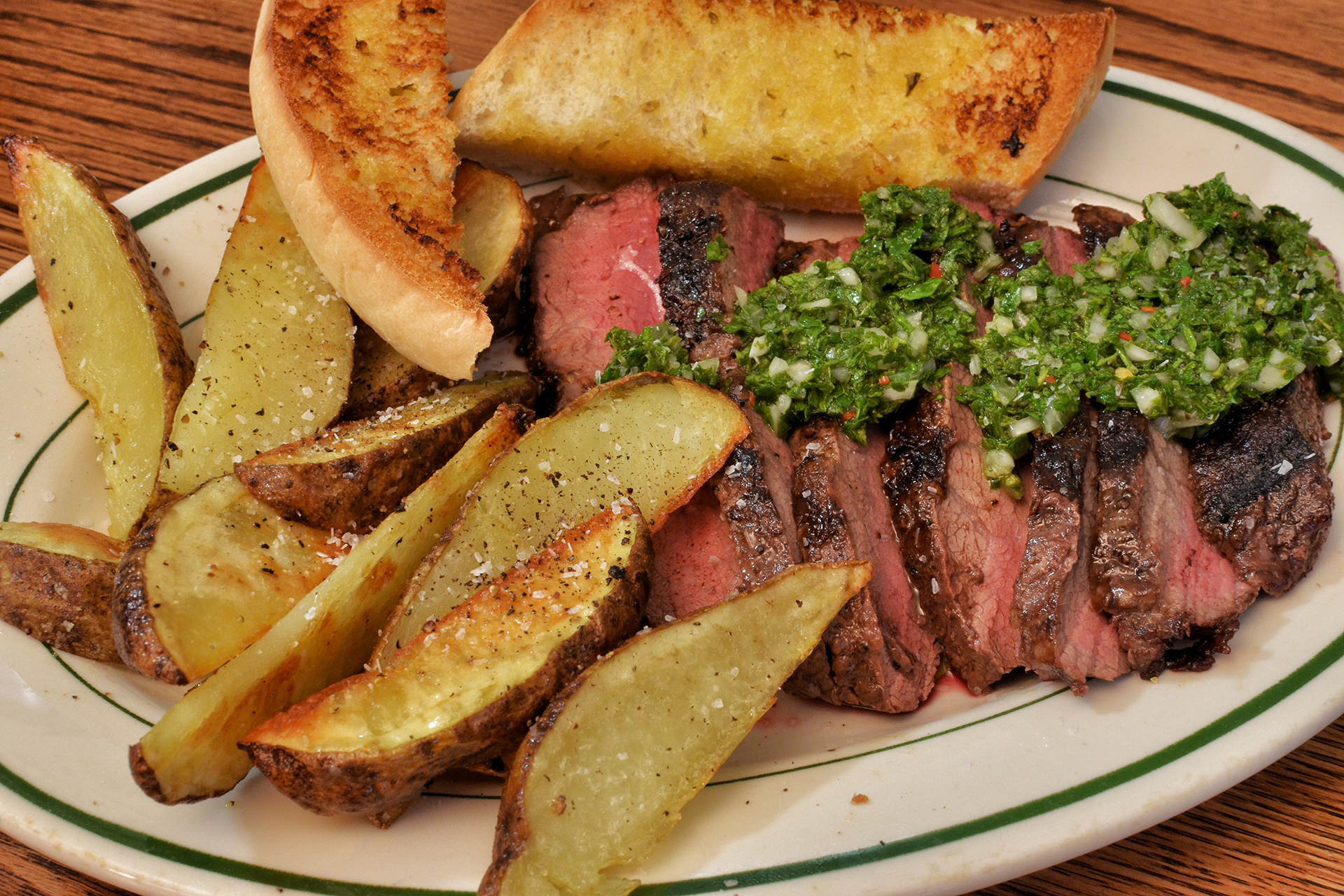 Off Regent Street in Soho there’s a little road, Beak Street, which houses one of the smallest and most intriguing venues for a quick meal.

Open seven days a week, from 12pm until 11pm with no reservations allowed, at Flat Iron there’s a slim chance you’ll get seated straight away.

Customers are taken to the quaint bar down in the basement for a short wait. It was dimly lit, very cosy and quite romantic. I didn’t try the cocktails, but they ranged from gin to bourbon with an impressive choice of mixers and blends, such as elderflower and rosemary.

When we took our seats on the second floor of the restaurant we were greeted by a friendly waitress and a bowl of popcorn. The menu was pretty simple and by the look of the couple next to us, so was the taste.

Clearly, I was wrong. £10 for the basic steak, which I thought was too good to be true. Alongside your steak comes a salad, plus the option of a side dish, such as creamed spinach, a blue cheese salad and roasted aubergine for a couple of pounds.

There’s a good choice of sauces including peppercorn, béarnaise, fresh horseradish cream and a spicy ‘Fred’s sauce.’  Or for £15 you can have the recommended marinated steak. I went for a medium Flat Iron steak, accompanied by dripping-cooked chips, roast aubergine and a peppercorn sauce, with an essential glass of Malbec.

The seating in the restaurant is a bit on the small side, but then so is the whole venue. It reminded me of school where you sit in a line with others eating on a bench. The service is speedy, so you would only spend an hour or so there, which is probably what they intended on with t.

You’re given the perfect amount of food, so you leave Flat Iron feeling satisfied and only a little sleepy. There’s no coma-induced feeling from eating too much – you still have enough energy to fight your way out of Regent Street.