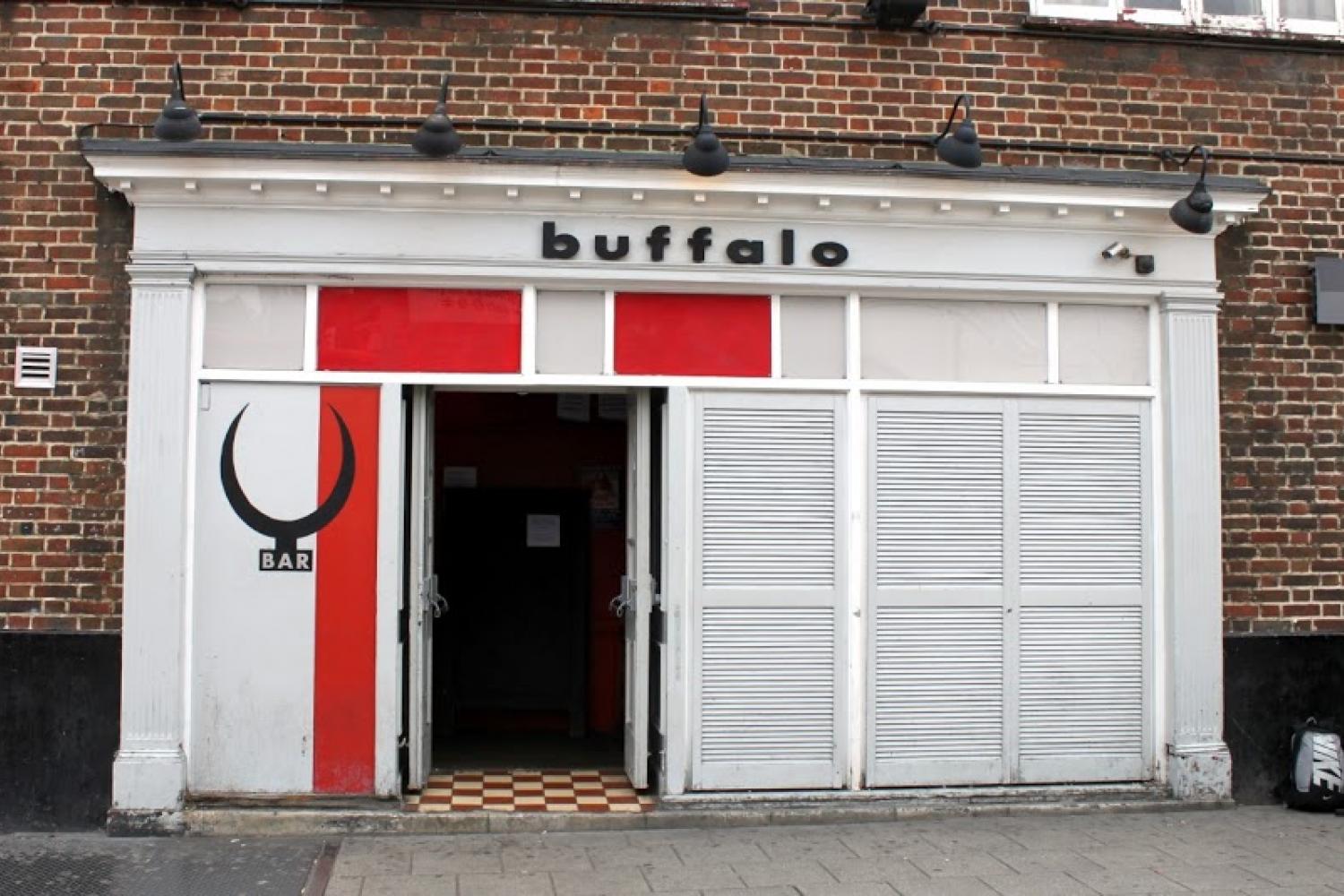 Ever since the news was announced in November that the Buffalo Bar in Highbury was set to close on New Years Eve, music fans and musicians alike have lent their support via Twitter and through a petition created at change.org.

New landlord Country Estate Pubs has served notice of closure on the venue which it has earmarked for an unspecified “alternate use”. 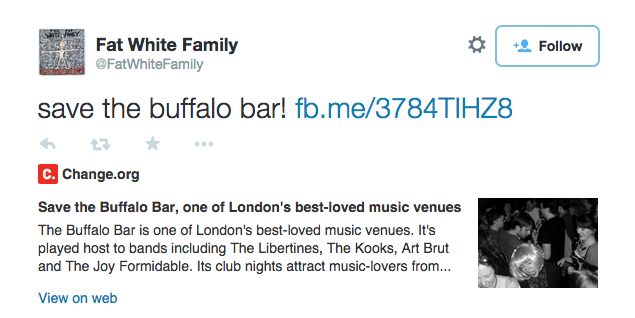 Opened in 2000, the venue has played host to the likes of The Libertines, Mystery Jets and The Subways who played gigs there early on in their careers.

A statement on the Buffalo Bar website said: “We have been served a very short notice period from our new landlords. They remain undecided what to do with our space. It will remain closed for the foreseeable future. Make of that what you will.

“So, after all this time, we will be hosting our final event on New Years Eve, 2014. This night will serve as a fundraiser for our full time staff, who find themselves without a job just before Christmas.

“We would like to take this opportunity to thank everyone who has been involved with us; all the promoters, the DJs, the many thousands of bands and, of course, all the staff who’ve pitched in over the years.

In an interview with NME, The Subways, who are to play a farewell show at the Buffalo Bar December 3, said: “It’s genuinely heartbreaking.

“We played our first London show there (all underage, I might add!), met our manager there, met some great friends, saw and took part in some awesome gigs, and we are left with some incredible memories.

“We learnt so much in that dark, welcoming, cool little basement, and it’s weird knowing that soon it’ll no longer be there. The Subways without the Buffalo Bar doesn’t feel right.”

The venue has become known as a place where musicians play gigs when they’re starting out. Its closure could, say critics, have a negative impact on the next generation of bands and artists seeking fame.

Speaking to Artefact, music A&R Sarah Myles of 1-2-Hear said: “Without small, well-recognised venues like Buffalo, artists without major labels or funding are going to find it even more difficult to gain recognition.

“Shutting down prestigious venues is putting musical creativity in jeopardy and pushing the industry into a dark hole of vacuity and materialism.”

Music fan Rebecca Brown, 20 said: “It’s a shame that big corporations have such a massive power over the historical venues in London.

“At this rate there will be hardly any [smaller] music venues left in London seeing as The Astoria was knocked down in 2009 to make way for Crossrail at Tottenham Court Road.

“It will be a massive shame to see [Buffalo Bar] go and it will be missed.”