As London's 02 arena plays host to the NBA's annual showcase is the country's once blossoming love affair with the NBA starting to fizzle out? 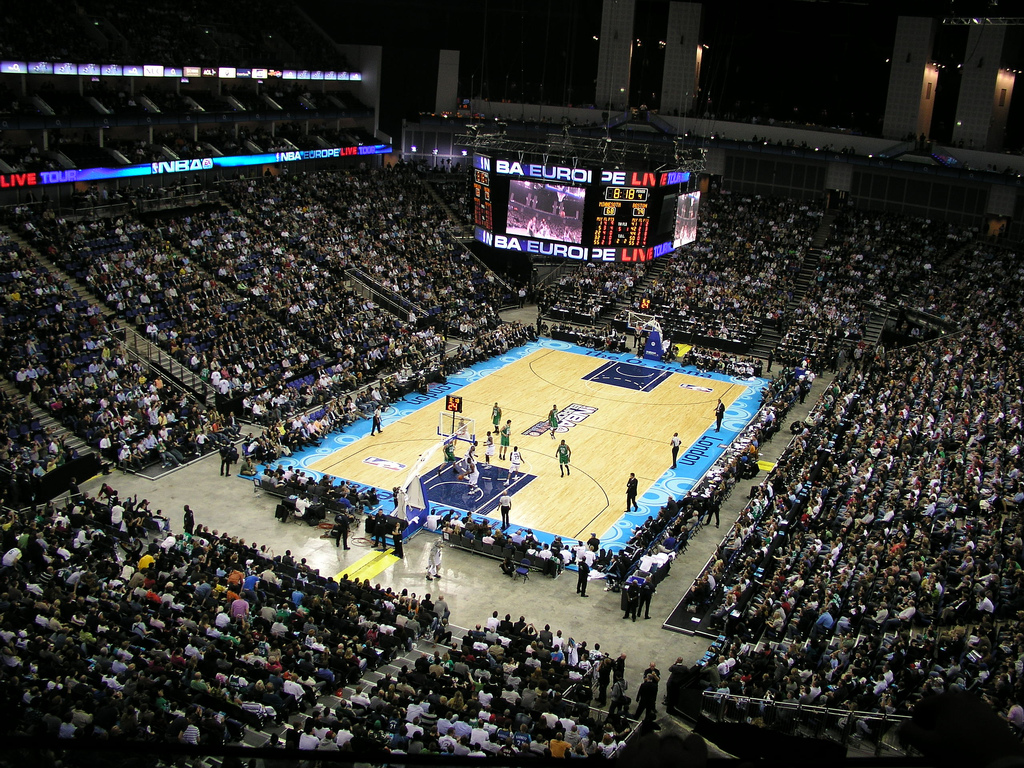 The O2 will again showcase the NBA (National Basketball Association) regular season game between the Milwaukee Bucks and New York Knicks this upcoming Saturday. Continuing on from last year’s event, London’s edition of the NBA’s ‘Global Games’ schedule sold out in less than an hour after tickets were released in October. It’s therefore clear that the NBA’s popularity in the UK is as it is throughout Europe. There is a feeling, as fans prepare to flock to the 02 in their thousands, that they have been somewhat short-changed.

Without wishing to offend die hard Milwaukee Bucks and New York Knicks fans, this game is hardly a prize draw for the neutral basketball fan. In fact I’m sure even the most ardent of Bucks and Knicks fans will agree that if this game were to be played back in the US you’d struggle  to even fill half a stadium.

The NBA Global Games is the league’s international roadshow designed in order to connect with its fans globally, an initiative started by former long standing Commissioner David Stern and continued this year by his successor Adam Silver.

The international branding of the NBA has been at the forefront of its expansion to become a worldwide product.

“London has rich sports traditions and shares a great passion for the NBA. These regular-season games will bring the excitement and incredible competition of our league to more fans in Europe” Silver said when the fixture was announced.

The London match, which sells out year after year, supports Silver’s claim of the UK’s passion for the sport. It’s the latter claim that these fans may take umbrage with as the two teams arrive in the capital city this week to start their various press obligations.

The point being that both teams are hardly a blockbuster draw, and calling it an example of “excitement and incredible competition” is perhaps an overstatement. Granted the Milwaukee Bucks are massively improved from last season, where they finished  last in the NBA with the worst record, they currently have an outside chance of finishing in a playoff spot in a poor Eastern Conference. The Bucks are one of the youngest teams in the league and will undoubtedly be a force in years to come. Much like the Knicks, they too have arrived without their young star draw – the second pick in the highly acclaimed 2014 draft – Jabari Parker.

The supposedly vastly more famous and glamorous side of the draw, the two-time champions New York Knicks, would’ve been picked by the NBA as they were two years ago as the team that would sell the tickets and put bums in seats. The only problem being is that they are currently in line to take the title which the Bucks held last year as the worst team in all of the NBA this season.

As their season falls into disrepair it becomes hard to watch and are almost unrecognisable as the championship contenders that beat the Detroit Pistons in 2012. They are also minus their star, the perennial All Star and Olympic gold medallist Carmelo Anthony as well as pretty much any other player of note that started the season on their roster. All of whom have been traded for draft considerations and are increasingly looking like a team on the rebuild, likely leading to the eventual cull of Anthony.

It’s completely understandable that it would’ve been impossible for the NBA to anticipate the calamitous season the Knicks are having I grant you, and it’d be harsh to cast aside the nascent Bucks. It’s just despite these annual games being made competitive in 2010, It just seems that since the very first game that was hosted here over 22 years ago there hasn’t been the natural evolution and dedication in boosting the profile of the sport in the UK at all, compared to say the NFL.

You only have to take a quick glance to the giant circus the NFL brings to town and the following hoopla that occurs for basketball fans to feel a little resentful. The NFL’s juggernaut arrives each year now with three competitive games on display at Wembley. Since the NBA first flirted with us in 1993 we weren’t to see ‘in season’ competitive matches here until 2010, demonstrating the NBA’s hesitancy in committing to a country where basketball is a distant also-ran to the likes of football, rugby et al.

Since 2011 when we used to have two games, it’s now been rationed to just the one solitary showing. Fans in the UK long for the sort of commitment the NBA once promised, when Adam Silver was Deputy Commissioner. In 2011 he claimed the league could be a decade away from having a team, let alone an entire division, based in Europe.

“NBA Commissioner David Stern could see it happening with in the next 10 years …  (but) it depends on what we see this weekend (and) how basketball is received during the Olympics,” he said.

Despite sell-out crowds that weekend, and every NBA UK game since, as well as the 2012 Olympics being a resounding success as he saw the Team USA win gold to capacity crowds it’s clear these plans have been shelved but not why exactly.

Having been charged anywhere in the region of £50 to £250 (and upwards if you were not lucky enough to have access to 02’s priority ticket access), British basketball fans can be forgiven for casting adoubt on the NBA’s long term plans here. It feels that these annual money spinning one off match-ups exist more to promote their many commercial partners in Europe than to quench any particular thirst we have for an NBA match of real merit.