Manuary looking to expand to the UK 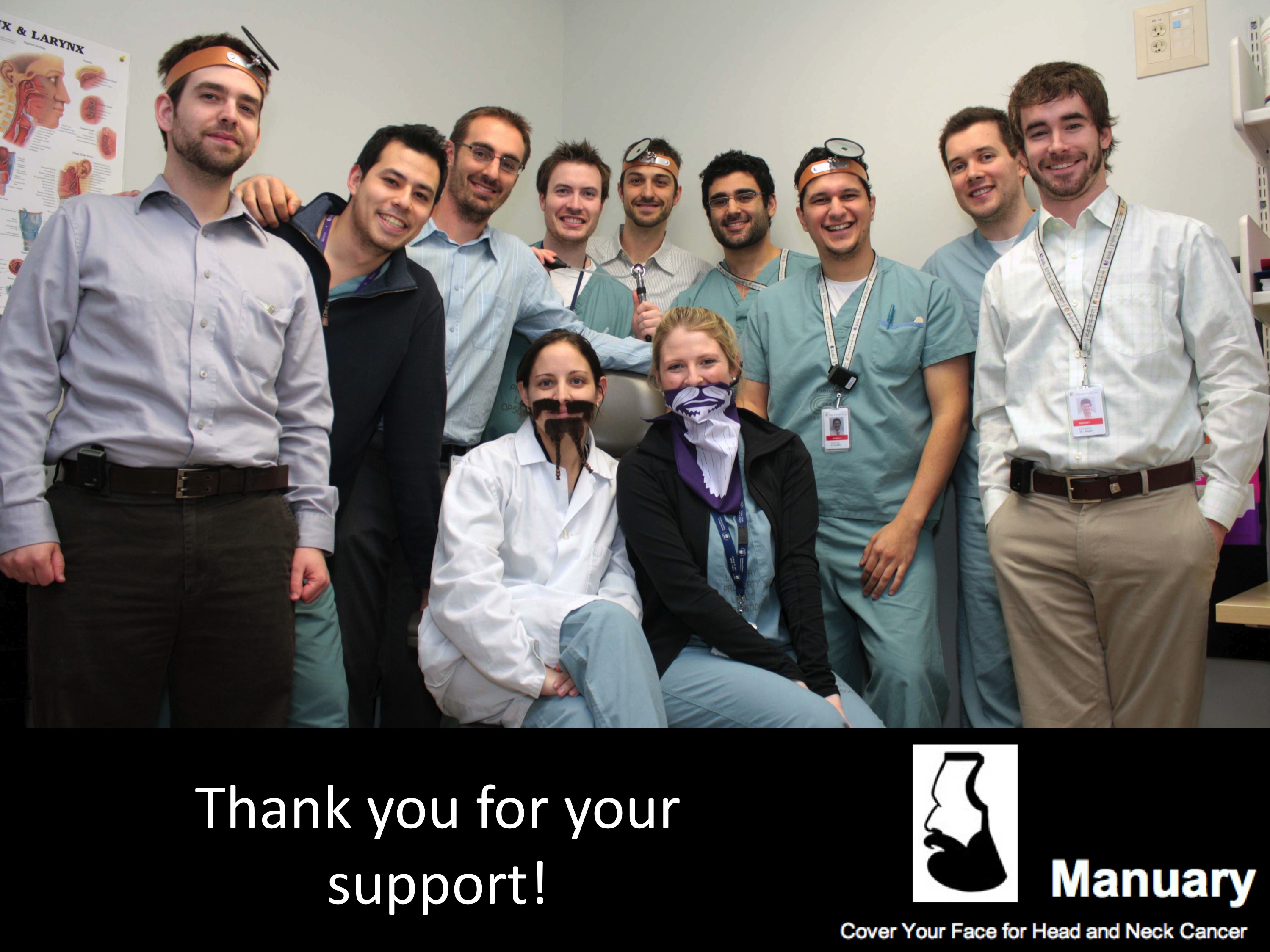 The Canadian organisers of the head and neck cancer campaign, Manuary, are hoping to raise awareness in the UK for the cancers, which can affect both men and women from their late 20s onwards.

Manuary is a fundraiser for research and care for head and neck cancer and was started by professionals in London, Canada.

Statistics show that these types of cancer affect men four times more commonly than women, and have a 50 per cent survival rate over a period of five years from the first diagnosis. Causes vary, but the main risk factors are smoking, drinking, and HPV viruses.

Despite affecting mostly those over 40, the incidence of head and throat cancer is still high in younger patients: women and non-smoker are especially inclined to be diagnosed in their late 20s and early 30s with a HPV-related form of head/throat cancer.

Could you tell us a bit about the campaign and its development?

“A group of us in the residency-training program for Otolaryngology (head and neck surgery) started the campaign five years ago. Often, as a result of treatment for the cancer, patients lose their facial hair and struggle to grow it: as such, we are covering our faces for head and neck cancer, so to speak.”

This cancer isn’t as well-known or talked about as much as, say, breast cancer. Why do you think that is?

“I’m not sure.  While less common in the developed world, it’s the sixth most common cancer worldwide. Because of its location, it affects a patient’s ability to speak, to eat and even, at times, to breathe.

“The face is an integral part of our interaction with the world and, unlike cancer elsewhere in the body, one can’t just put on a bulky sweater and cover up the stigmata of treatment.

“Patients are quite self-conscious of not only their appearance, but also of their speech – and I think this affects their interest and willingness to advocate. Roger Ebert’s struggle with, and ultimate demise from, head and neck cancer is a good example of this.”

How do you raise money in support of the campaign?

“Participants can sign up online to grow a beard for the month of January or head to manuary.me to have a photo “bearded”. It remains their profile photo on Facebook or Linkedin for the month. Friends and family then sponsor the participant.

“The month culminates in the Facial Hair Face-Off, where prizes are awarded for the best male/female beards, the top fundraisers, and the most creative beards and cancer survivors are often the judges-of-honour.”

How much money has been raised and where do the proceeds go?

“C$153,000 (more than £82,000) over the past five years. We are running the fundraiser through five hospital foundations in Canada.  The fundraising is all directed through the respective hospital foundations, which allows us to maximise the amount of donor dollars that are directed towards research and patient care, but also to ensure that those dollars are used locally at the site doing the fundraising.”

There are Youtube clips and images of Manuary challenges in Canada. What do you hope to see in the future of the campaign?

“Not sure. The term has been growing – we have it trademarked in Canada and have an agreement for use in place in the USA but the UK is still wide open! We would like to see this grow in the same vein as Movember, so there may be changes for the next five years!”