In Conversation With | Jonathan Barnbrook 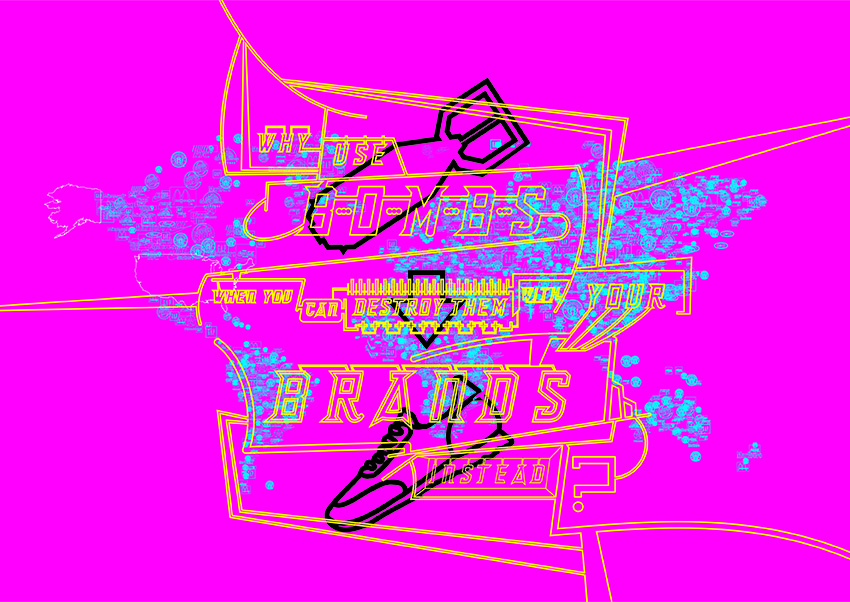 “Come in,” he says after I press the buzzer, ushering me past the gate and into his pristine hardwood floored studio space, complete with three design associates huddled over Mac computers.

I can’t keep my eyes from darting around the place, expecting to find some intricate pictures, type fonts or secret design projects I wasn’t supposed to see. No luck. The Barnbrook studio space reflects much of the man himself: collected, calm and unassuming.

Barnbrook is unlike your standard graphic designer. With a career expanding over a decade in the industry, he seems to have maintained firm values, even with the tempting lure of large corporate pay packets most of us would probably sell our souls for.

Noted for selecting commissions – and turning them down – on the basis of these values, Barnbrook has demonstrated that graphic design and typography are a lot more than pretty fonts and pictures – they are vehicles for social awareness.

Barnbrook graduated from Central Saint Martins and the Royal College of Art, and now heads one of the most renowned graphic design studios in London, Barnbrook Design.

Apart of his most noted work includes designing the cover art for David Bowie’s comeback album The Next Day.

Barnbrook has also collaborated with British artist Damien Hirst on the typography, layout and design of his monograph I Want To Spend the Rest of My Life Everywhere, with Everyone, One to One, Always, Forever, Now. He says that Hirst was “not an arrogant shit, but one of the easiest artists to work with”.

Alongside graphic design, industrial design and motion graphics, Barnbrook is an established typographist. He has his own font company VirusFonts, releasing typefaces such as Tourette and Bastard.

He puts name choices down to language and the ability to “marry abstract forms”, saying language is about extremes, and that words wield power.

Barnbrook has been using graphic design for positive social impact  since signing the First Things First design manifesto 15 years ago. The document, backed by a multitude of designers, vows to use design as a cultural intervention in pursuit of social, cultural, environmental and political responsibility. 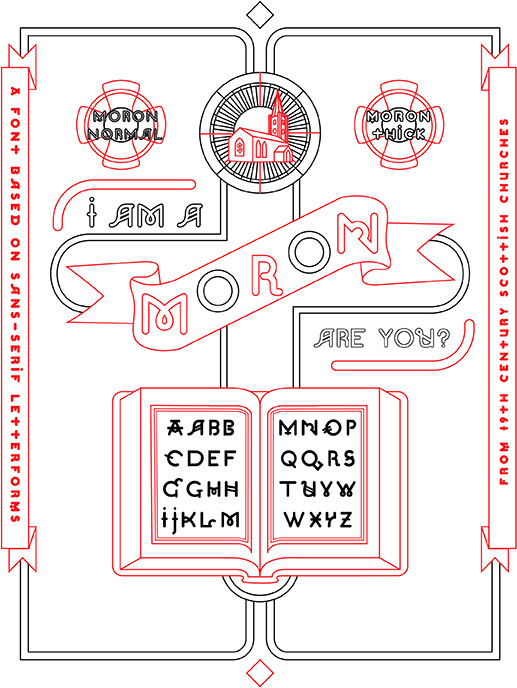 Graphic designers have a social accountability in what they choose to work on, as they are helping corporations ‘feed’ us – the consumers. Because how free are we in society, really, when corporations and politicians are subtly but surely tapping into our stream of consciousness with the help of graphic design?

As a widely recognised social activist, you’ve stated that you’d like to use design as a “weapon for social change”. What progress do you feel you’ve made?

My first reaction is none at all. You can’t quantify that kind of thing. You can’t quantify how society changes. The way opinions form and affect society is incredibly complex and it’s not to do with one or two people, it’s to do with the history, the culture, what people find out about other peoples own prejudices and who their parents are. You can’t put it down to one thing. All you can do is hope to communicate the truth and affect things in some way.

I’d never claim that anything I did directly changed the world. What I was saying is that graphic design has a potential to do something worthwhile. Often when people look at design history there has been a tendency to separate political design from commercial design – it is thought that political design is something that happens ‘over there’ in totalitarian regimes, an commercial design is supposedly devoid of politics.

Actually, commercial design is full of politics, to be a commercial designer is a political decision. To ignore the issues around sweatshops, to ignore the fact that you’re consenting to relentlessly push a market economy is a political decision. So I think [saying that] was more to tell students that as graphic designers we have a powerful weapon . Let’s confine it to a very narrow definition of what it does, and let’s actually use it.

You designed the Occupy London logo for free. What role does graphic design play in movements like this? How is it beneficial to the cause?

I think one of the most annoying criticisms about that was that it was “turning it into a brand”. What people are doing there is confusing a brand with a unifying identity. Brands do have unifying identities, but what for? It’s to sell you stuff. Whereas a unifying identity for a political movement, like Occupy London, is something that people can see as symbolic and representing of worthwhile political values. So that’s not the case at all. The point of doing Occupy London was, firstly, that it was something I believed in. Second, they needed a focus so people quickly understood what they were about. That was the energy, that was the reason for it. You said it was done for free- that’s not an issue at all, you shouldn’t expect people who have no funding to pay. Although Barnbrook is a commercial company, we don’t necessarily turn down non-commercial work if it is something we believe in.

Is there a freedom of speech concern in your work? How important is that in your social consciousness?

It’s important to tell the truth. I think the issue with freedom of speech is that it’s much more difficult to say what you want to say nowadays than it was a few years ago. If you’re going to comment make it an intelligent comment, there should be a point to it. It does surprise me nowadays that you can be prosecuted for downloading terrorist material. What that assumes is that you could be ready to commit a crime, when in actual fact you’re just trying to figure out just why people do what they do. I find that kind of thing really distressing.

So freedom of speech doesn’t necessarily show itself in your work?

In my work directly, what it does do, in maybe a more abstract way, is talk about the duality of language. For instance in “Why are these words like freedom and democracy used by oppressors, by bullies?” was about how I’m interested in the way politicians say the absolute opposite of what they’re mean when they use certain words. Peace is a completely abused word, terrorist is a completely abused word. Right after September 11 we thought we knew who terrorists are but just weeks afterwards the definition of the word terrorist became relative to which side you were on.

Will you be creating anything in response to the Charlie Hebdo attacks?

It’s more complicated than that. I didn’t find the satire they did particularly funny, but that’s in no way saying the actions against them were deserved. I find politicians jumping on this freedom of speech thing cringeworthy. Suddenly they are for freedom of speech when they spend all their time trying to limit it. And the public’s reaction, I think the best way to respond is to not not self-censor. I don’t think  putting up a ‘Je Suis Charlie’ on your Facebook page makes any difference.

It’s not just one thing. If you’re talking on political terms, it doesn’t just come directly from political writing, it comes from walking around the streets and seeing something happen. Watching a TV program or a piece of poetry, which can stimulate you and crystallise something. The first thing I think about as a designer isn’t actually about the political message, it’s about making the world a nicer place with your work and politics falls in line with that. Sometimes it’s about something that’s purely about beauty, sometimes it’s about doing a good job, sometimes it’s about telling the truth.

What do you say to those graphic designers who reject values as a priority in their profession?

They aren’t rejecting values, they just don’t think political values are apart of it. Whether they like it or not, they are. I find it quite disgusting that some designers don’t acknowledge the harm that the expanding manufacturing does to the world, or the fact the brands use sweatshops. I mean, how can you as a human not think about these things? And if you don’t talk about them, you’re a liar. Do we really want a world which is dominated by Western brands that are exploiting the East through it?

The problem is the level of discussion. People can get away with it too easy. I do find whenever I’m in a lecture the questions are generally quite, not nasty…but I have to justify myself. Whereas, you see a lot of top designers, fashion designers, graphic designers, industrial designers…they are not questioned in any way about their capitalist motives for doing something which should be addressed a little more.

I understand you’ve turned down commissions on an ethical basis such as Absolut Vodka, and 15 years ago signed the First Things First design manifesto. In doing this, have you damaged your reputation among potential clients in the industry?

To be honest, I do it less now than when I was younger. We’ve taken some commercial jobs that if you probably went through the sponsors, you wouldn’t necessarily say they were good. I’m not going to sit here and say everything we do is spotless. I think, especially in graphic design, clients don’t want designers with opinions. They want designers who can show them how, not question why. It probably does deter a lot of people from working with us, but then they probably aren’t the right people anyway.

As a graphic designer, and this is specifically for students, you find your own place. You don’t have to worry that you’re not going to get the work because stuff isn’t commercial enough or because you’re being a bit too honest. You may not have lots of money, you may not get loads of work, but you’ll be a lot happier if you just do what you do. 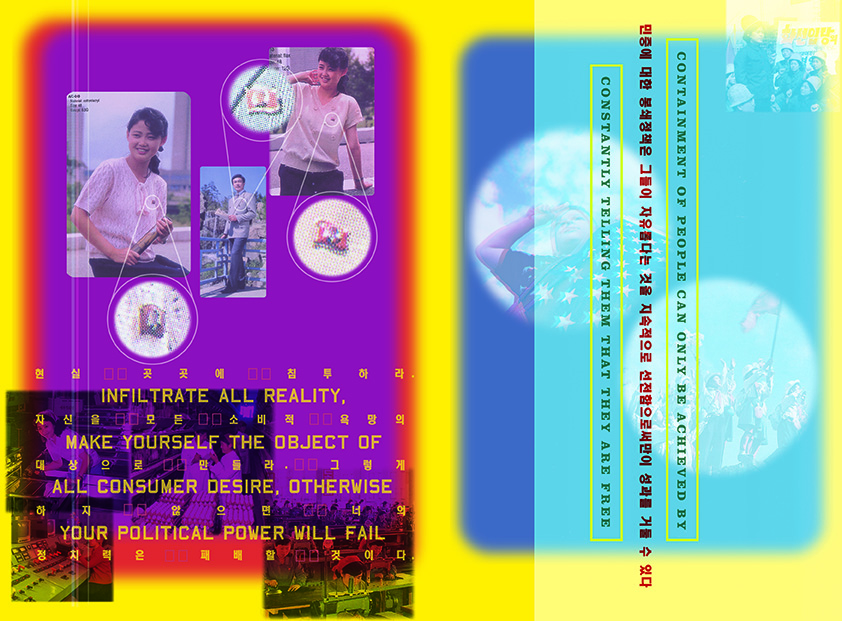 Have you also missed out on decent pay by doing this?

Yes of course. It’s about what you represent to people as well. For instance, turning down Coca Cola, so much of what they represent is an icon of capitalism, that to work with them would be totally the opposite of what we do. The worst argument is “how can I afford to turn down these jobs when I’m starving?” You have to be realistic, obviously if you’re starving on the street you do the work. Thankfully, I think graphic designers aren’t in that position, they can afford to turn down work, they just won’t take on the discussion.

What did you take away from your time at CSM?

That you could be who you wanted to be and you could find the place that was right for you in your crazy profession. I think before I’d always thought very vocationally, and that it was okay to be idiosyncratic and find the tangent you wanted to follow. Even more so today, there’s now pressure from parents and debts. But [attending CSM] did help me relax about the future. On the negative side, there are far too many students and not enough staff.

What advice would you give to other aspiring graphic designers?

Don’t separate yourself, your beliefs, from what you do in your work. You’ll make yourself ill.

What do you see yourself doing in the future?

We are working on ArtBasel, and a major personal project, a project on Northern Ireland. It involves partly education, but also photographing the [Northern Irish] murals, as they were a primary form of communication there, redrawing the letters and releasing them and seeing what people do. Now it’s still an ongoing situation, so we don’t know if people will do something horrible or insulting with them, we want them to be valued as worthy cultural British things. It’s a project we’ve been working on for three or four years that will go live in four weeks.