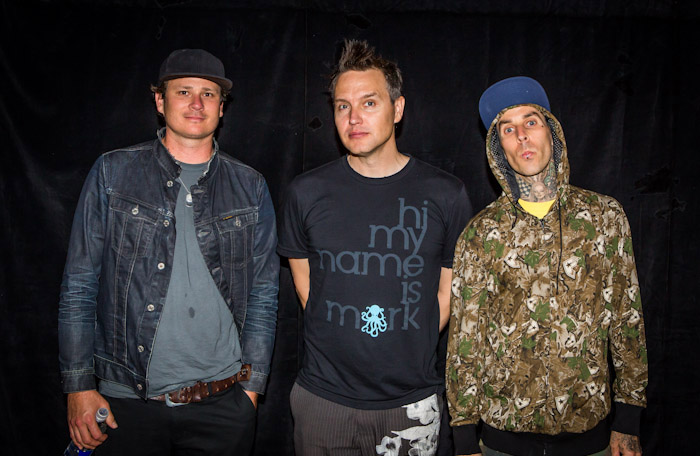 Being part of a rock band sometimes can be like a romantic relationship. Musicians meet, hormones go wild and magic is created. Some of these relationships don’t end very well, some survive for decades, and some end in a swirling mass of legal actions, physical altercations and unwise solo projects.

When you ask bands why music became their raison d’être, for some it’s the desire to express their creativity or protest at the injustices of the world.

In the case of Blink-182;  breaking into the music industry in ‘90s, as well as becoming the planet’s most desired punk rock band, their reason was candid: “We were bored and we couldn’t get chicks. So we decided if we’d be in a band, that would take care of two problems at once.”

After a tense and confusing recent round of statements and refutations, Blink-182 members Travis Barker and Mark Hoppus confirmed that the group’s third member, Tom DeLonge, is not part of the band anymore. DeLonge refutes this.

The news of the split was initially made public to Radio.com, but the announcement was followed by DeLonge refuting it on social media, only to be validated by Hoppus and Barker in a Rolling Stone interview.

To all the fans, I never quit the band. I actually was on a phone call about a blink 182 event for New York City at the time all these weird press releases started coming in… Apparently those releases were ‘sanctioned’ from the band. Are we dysfunctional- yes. But, Christ….. #Awkward #BabyBackRibs

Blink-182 were formed in Poway, California, in 1992 by vocalist-bassist Hoppus, drummer Barker and guitarist DeLonge.

The trio hit it big with the release of their multi-platinum album Enema of the State in 1999, on the strength of their boisterous performance and irreverent attitude to raunchy lyrics.

They first took an extended break from each other to pursue solo projects in 2005, getting back together in 2009. It took another two years for Blink 182’s sixth album, Neighborhoods, to be released.

In the latest round of infighting, DeLonge was ejected due to his “disrespectful and ungrateful” behaviour. The remaining Blinks have replaced him with Alkaline Trio’s Matt Skiba for an appearance at the Musink festival later this year.

Whether DeLonge’s status of “indefinite hiatus” from the group will produce further headlines remains unknown. But, as it turns out, Taylor Swift might be forgiven for saying: they are never, ever, ever getting back together.

The therapeutic value of emo music

COLL: Ready to take over the world