Smith Blaxk is undeniably an artist that should be on everyone’s radar.

The independent musician has racked up over two million streams on Spotify, not an easy feat; making a name for himself through his identifiably strong lyrics, usually set over smooth beats and instrumental breaks. 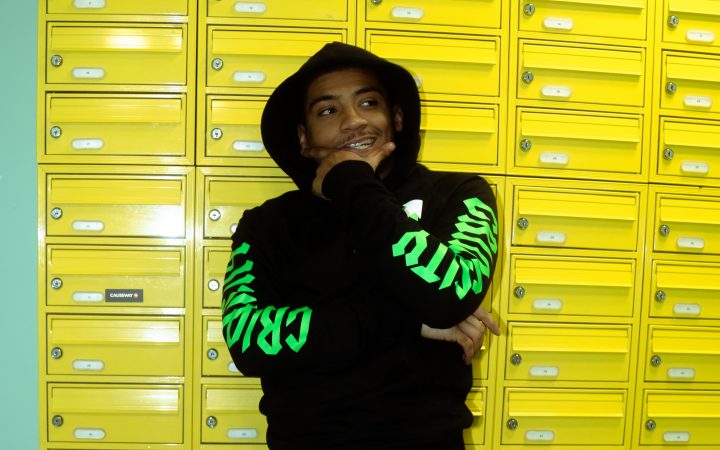 Image courtesy of Now or Never ENT, shot by CHAUFFEUR.

Born and raised in the capital, Smith Blaxk’s music reflects growing up in a concrete city, among the everyday madness that is London. Recognisable through his crisp tone, bouncing flow as well as an infectious rhythm, the artist is sure to carry on producing tunes that we leave on repeat.

But, there’s no real huge moment that led Smith Blaxk into starting his music career. “Man just like music, so I wanted to do music. I’m decent at it, so felt pulled towards it, I wanna be my own. I’d been rapping, when it came time to finally go studio, it was cool, like this is what a studio’s like, but there wasn’t really no initial jump, just came man’s time.”

He started recording at a friend’s studio in North London, called Wac, and from there started uploading his tracks onto Soundcloud.

Now, he boasts a loyal monthly following on Spotify, with songs like Feeling, Vibes on Vibes and Ya Dead racking up millions of streams between them on the app, all the more impressive given the fact the young rapper has only been putting out music on Spotify since 2019.

“Growing up you hear what you’re around, bare reggae, bare soul, bare ‘dat. Just what you hear ’round your family, hear the radio when you’re growing up and that, like 50 Cent still. Obviously man likes rap, that’s the ‘ting, I used to listen to anything, man just liked music, I can’t pinpoint it. That’s what it’s like when you’re around your peers.”

Consistently putting out music since 2016, Smith recalled what it was like coming out with his first release, LIMBO (prod. Ghostface). “It was stress putting out the first track, but not stress thinking ’bout it. I thought: cool, this is hard, but put it out”. 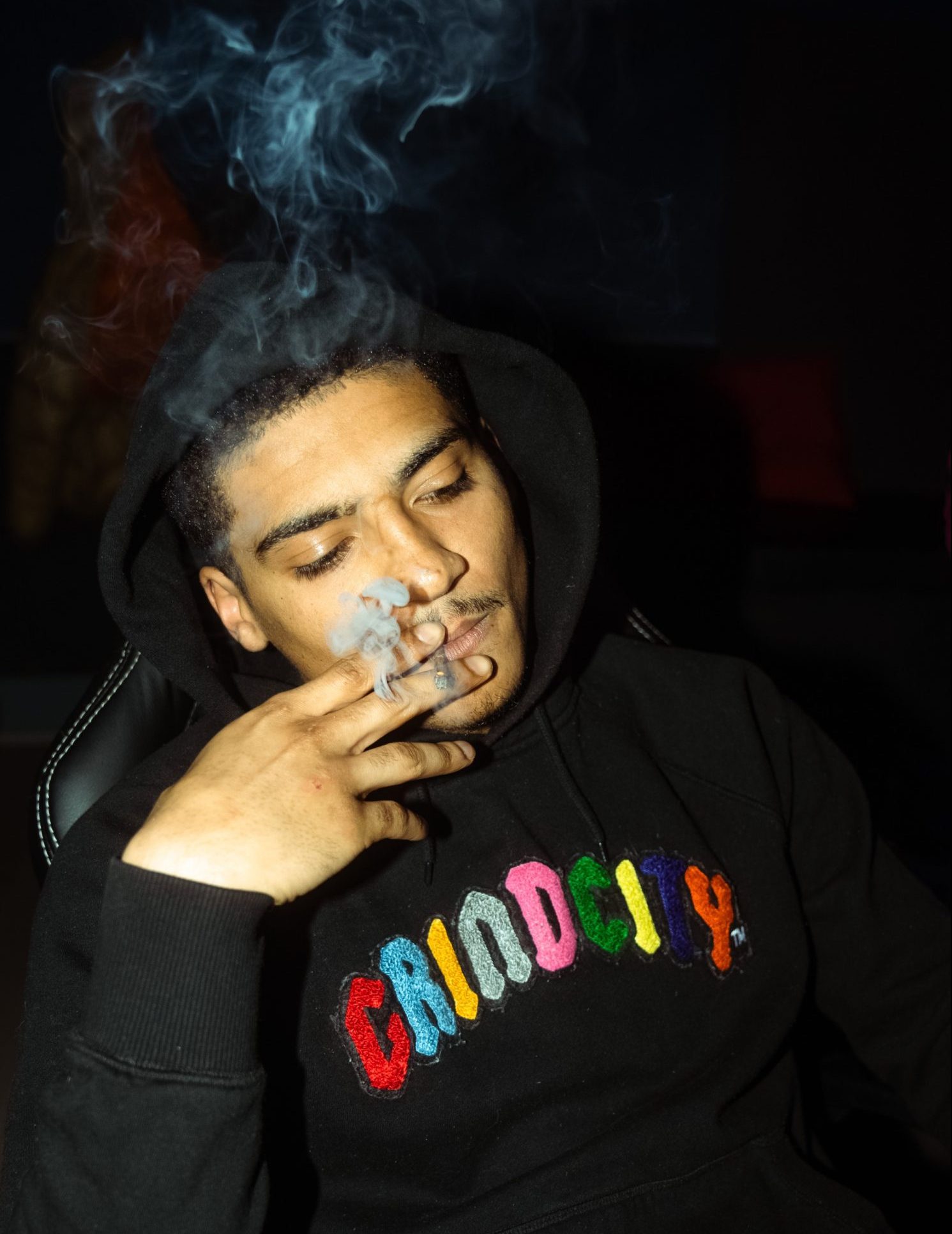 Smith Blaxk [Courtesy of Now or Never ENT, by CHAUFFEUR]

It’s clear that musicianship comes naturally to the artist, just a quick listen of his style shows the breadth of his lyrical ability and memorable voice. The emerging rapper clearly has talent, and is definitely one to watch in the British underground rap space.

When he finishes a track though, he likes to keep it calm. I asked him if there’s anyone he sends a piece to right after finishing it, “I don’t really send my music to people like that, just whoever. Anyone to be honest, it could be anyone.”

He explained, “only now, recently, do I send my music to people, be on the ball with it. The mandem will always be asking for music, now I send it to them, as it’s work. I never used to send anyone music though.”

Smith’s clearly accomplished a lot in his early career so far, but he doesn’t have a singular ‘biggest accomplishment’. “I don’t really have any, I don’t know, I couldn’t say. I don’t count much as an accomplishment, it’s more like stepping stones. It’s like a checklist, I want to tick things off init. I can’t complain, but none that I’ve seen as of yet.”

I asked him if he had any work he was specifically most proud of, “It’ll be the next project, it’s got levels. But I do have two songs that I’m [especially] proud of.”

So, what have we got to look forward to from the rapper? He’s working on a new project right now, and a lot more content for everyone to listen to. “When it’s cut together, it’ll be tough.”

And that was it, “trust, calm” he peacefully said, before going back to his work.