Whether he finds himself in forests, parking lots or walking down mountain roads, documentary photographer Carl Bigmore has an eye for beauty and an ability to tell stories through his images. Exploring the way humans interact with their environment, he leads us through communities and landscapes where fauna meets flora, observing and recording the essence of life in the most unexpected places.

Carl recently graduated from London College of Communication with an MA in Photojournalism and Documentary Photography and is currently busy setting up an exhibition in Toronto. Artefact stole a few minutes of his time to discuss the American Dream, the Pacific Northwest, and being a whale.

The portraits you’ve taken seem to show really interesting free-spirited people, how do you find your subjects?

Well it’s the Pacific Northwest of America, which is pretty countercultural, so a lot of those people you’ll see on a day-to-day basis if you look for them.

For this project I had a very strong idea of the type of people I wanted to photograph – free spirited is a good way of describing that – so it was really just a case of driving around for a month and being open to chance meetings. Luckily people in the Pacific Northwest are very open and willing to share their lives.

The picture of Winta (the pink haired girl) for example was made when I started talking to her on the street in Portland, Oregon. Then the longer I was there the more I got connected – so the portrait of Mike (the bearded guy in the Rolling Stones t-shirt) came about through meeting his grandson who then introduced us. It was all very serendipitous. 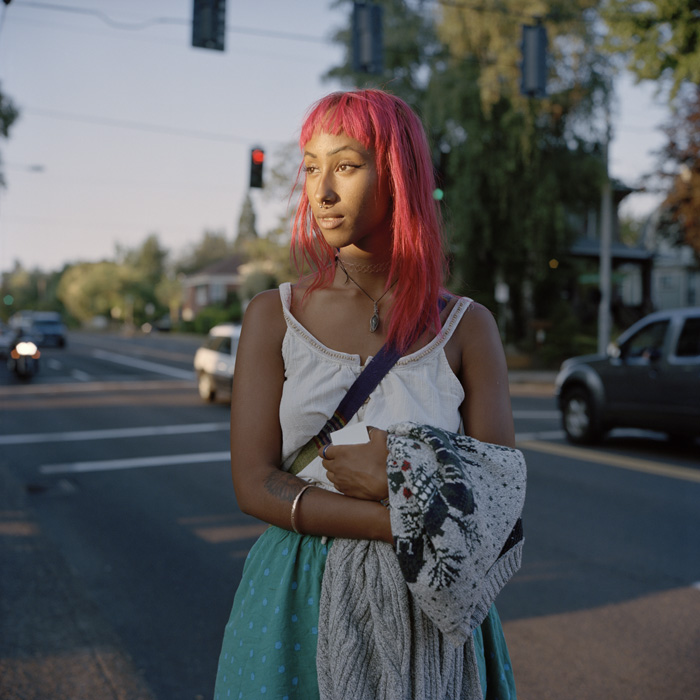 What side of people do you try to portray?

I’m really interested in trying to capture a moment where the subject fleetingly forgets they’re being photographed and gives over a little bit of vulnerability. It’s a lot about feeling the moment when it occurs. I guess there’s always a little sense of melancholy in these portraits, which I like.

My camera also helps because it’s an old Rolleiflex which has a waist-level viewfinder. I find people are far more comfortable around it because I’m not holding it up to my eye so there’s no barrier between me and the subject. It allows for a more natural portrait. 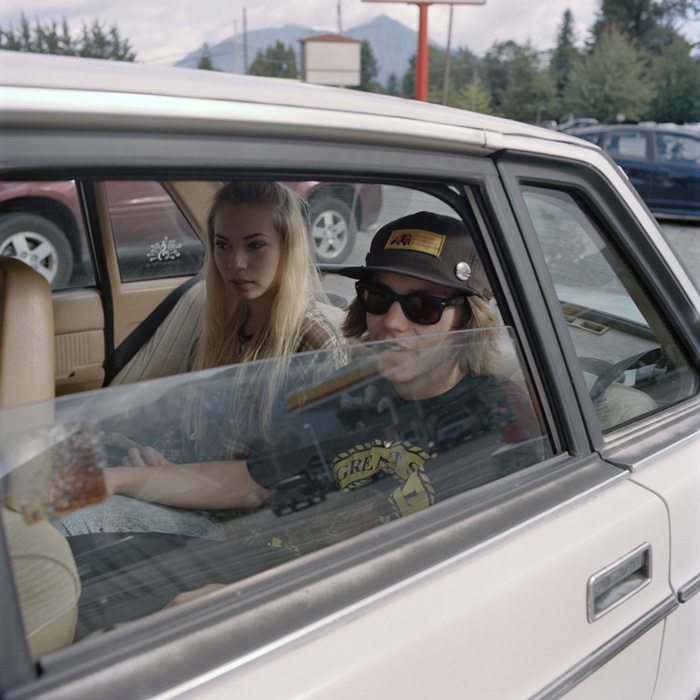 Laura and James in a friend’s car at North Bend, Washington, a place made famous in the Twin Peaks TV series. [Carl Bigmore]

There’s a lot of nature in your work and an interesting balance of humans vs. fauna and flora. What’s your relation to society and the natural world?

It probably informs everything I do in my photographic practice. I’m fascinated about our relationship with the natural world. As we get closer and closer to whatever is coming our way in terms of climate change, I feel a sadness about how we’ve lost some of those connections to nature.

I think people want to reconnect more and more, and the Pacific Northwest has a lot of those people, which is partly why I’m drawn to create work there. 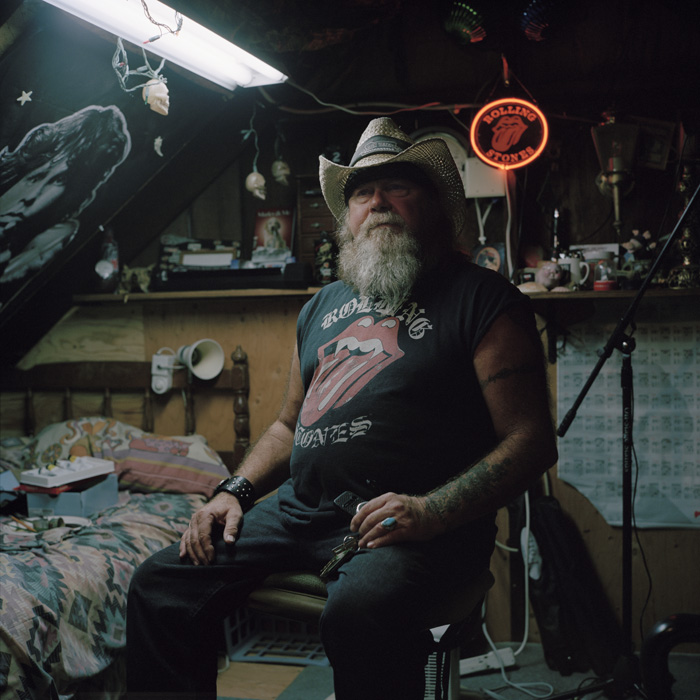 Mike, a Vietnam veteran. He’s been clean of drugs for 28 years having started on heroin while serving in the military. He’s helped others beat addiction through Narcotics Anonymous. [Carl Bigmore]

So what does the idea of the ‘land of the free’ and the American Dream mean to you?

The US is such a complex and contradictory place that I really struggle to know what to make of those ideas. I like the naïve optimism that anyone can achieve what they wish as long as they’re willing to work hard. But I met a lot of people who’d fallen between the cracks of that idea.

I think there’s a healthy cynicism amongst the Americans I met about the land of the free. I’m reminded of the late comedian George Carlin who said: “it’s called the American Dream because you have to be asleep to believe it.” 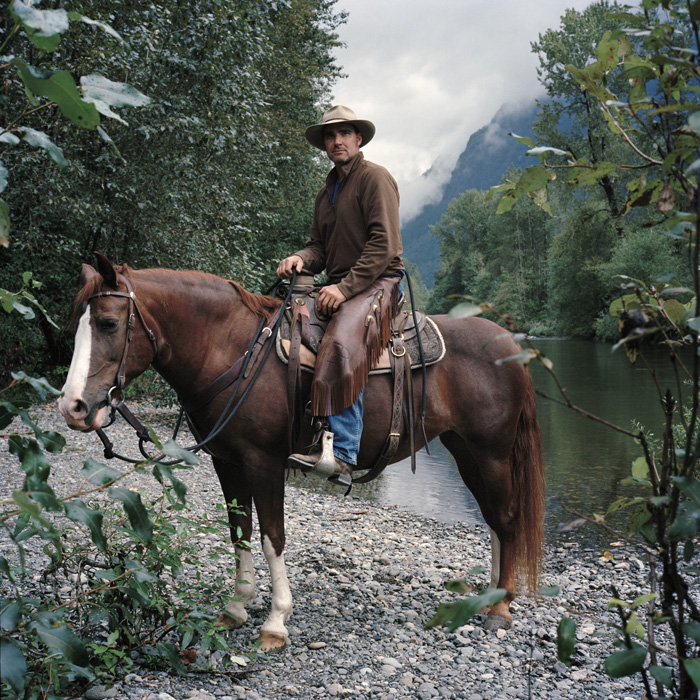 Have you met anyone who’s living their idea of the American Dream? 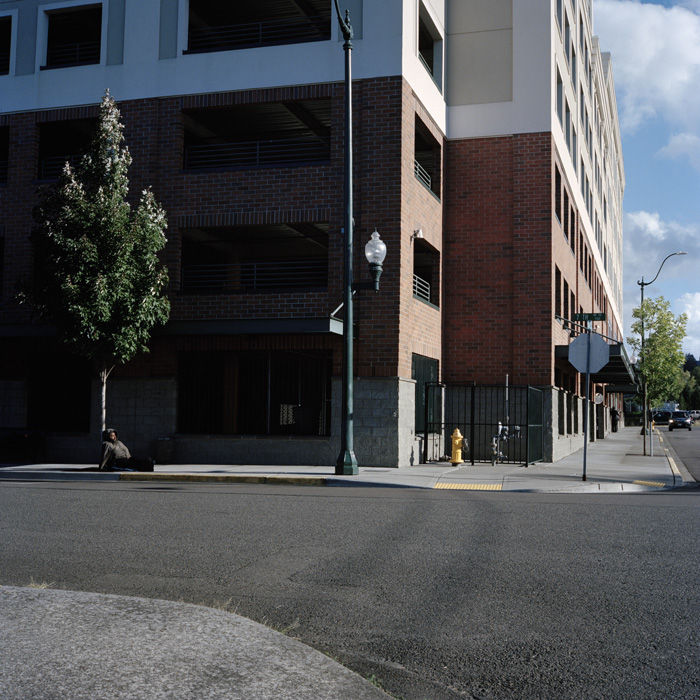 I really enjoyed looking at your Between Two Mysteries work – could you tell me a bit more about the story behind it and about the poetry and quotes that accompany the photos?

Sure, the project is really an exploration of the real and unreal in the Pacific Northwest of America through its filmic and musical hinterland. I first visited the PNW (Pacific Northwest) almost ten years to the day that I started this project. It left an impression on me and I’d been wanting to do a photo project there ever since.

Over time I realised that a lot of my associations with the area were through the prism of popular culture. Be that the music of Nirvana and the grunge movement of the 90s, or film and television locations such as The Shining or Twin Peaks.

I basically set out guided by these places known to me through popular culture, and used them to find the real people and places of the PNW. So the project became me creating my own interpretation of the region through a collection of images that mixed elements of fact and fiction. To echo this idea I wanted the photographs to feel like film stills, that dealt with themes of the American Dream, myth, history and popular culture.

The quotes accompanying the work are mainly lifted from lyrics and film scripts that were produced in the Pacific Northwest. Often the text will have a direct correlation to the image it’s presented with. For example there’s a Nirvana lyric placed next to a photograph of a river that was taken in Kurt Cobain’s hometown.  Other combinations have no direct relation but work to convey a mood or atmosphere. 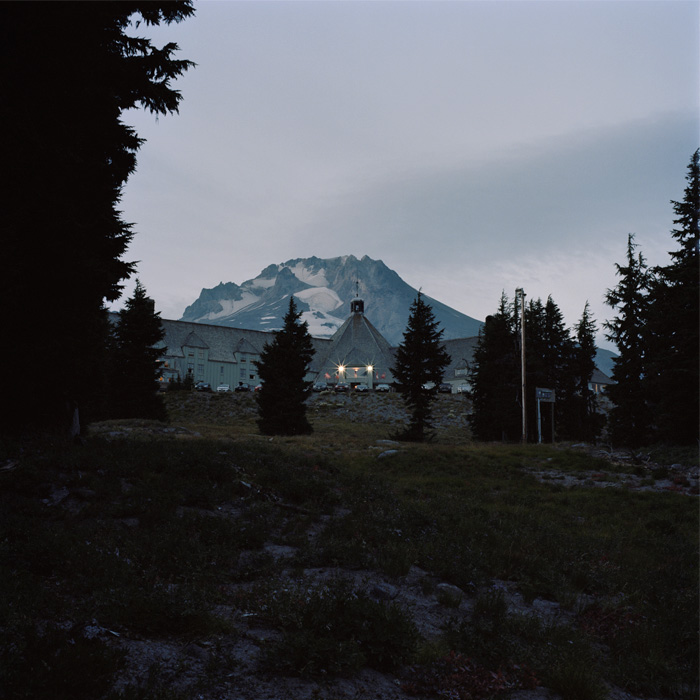 The Timberline Lodge, used for exterior shots of the Overlook Hotel in Stanley Kubrick’s The Shining in 1980. [Carl Bigmore]

Tell me more about your past and upbringing and how you discovered photography.

I grew up just outside London in the countryside. My granddad worked for Kodak and I remember him always having cameras and shooting on Kodachrome. I think that was where the seed of being a photographer was planted. He passed away when I was a teenager before I really started taking pictures so it’s bitter sweet.

I would love to talk to him about photography now, but at the same time I like to think he would be really happy I’m taking pictures. I’m currently archiving all his old photos so that feels like a nice creative collaboration with him. 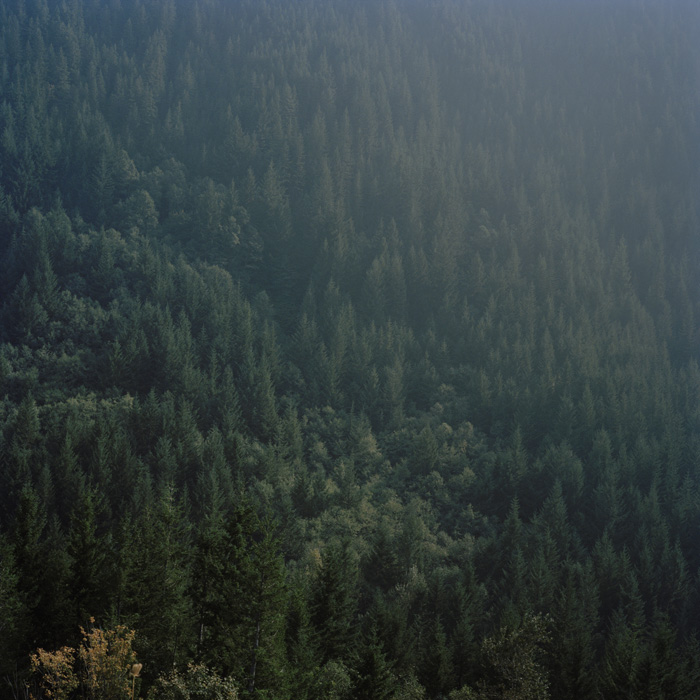 Haze from a forest fire drifts across the pines. Route 26, Oregon [Carl Bigmore]

What are your plans for life after LCC? Do you have any exhibitions coming up?

Right now I’m in Toronto where I have an exhibition opening this week at the Harbourfront Arts Centre. I hope to split my time between North America and the UK so that I can carry on producing work here. I find the vastness of the landscape really inspiring. 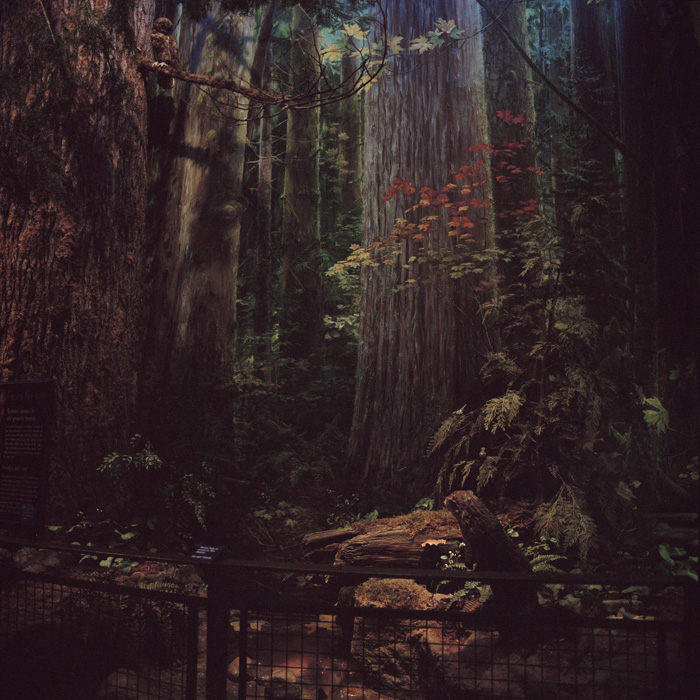 Diorama at the Burke Museum of Natural History in Seattle. The museum has a collection of more than 15 million objects. [Carl Bigmore]

What are your feelings on deforestation and abandoned building spaces?

As someone who loves being outdoors, deforestation is obviously something I find disheartening. But I think there are ways we can exist more harmoniously with nature, and the optimist in me likes to think we could make it happen.

However the pessimist thinks we’re headed straight for something out of Cormac McCarthy’s The Road. I like abandoned buildings, especially when you start seeing nature reclaim them. 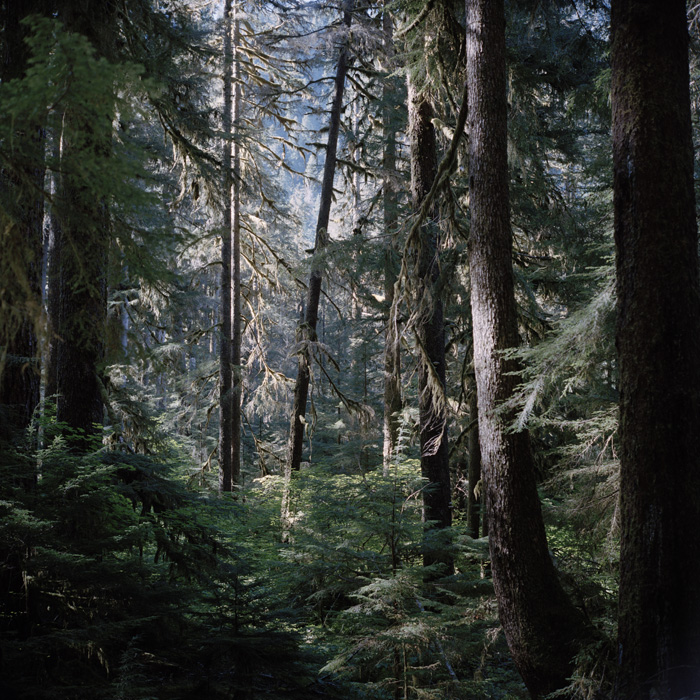 Would you rather be a tree or a human? And if a tree – what kind of tree and why?

I’m not sure I would be very good as a tree. I like to move around too much. If I could be anything else I think it would be a whale.