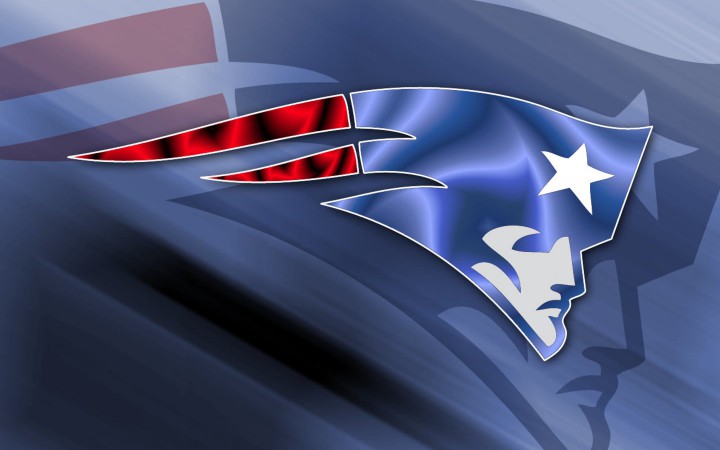 The dramatic finale to Super Bowl XLIX was as exciting and entertaining as it was bizarre.

But after Tom Brady knelt for the second time inside the New England Patriots’ 10-yard line and the clock hit 00:00, New England cemented their position as one of the most successful dynasties of the Super Bowl era and prevented the Seattle Seahawks from starting their own.

The Patriots overcame a 10-point, 4th quarter deficit to win 28-24 in Arizona and earn their fourth Super Bowl in 14 years.

Quarterback Brady, Super Bowl  MVP for the third time, threw his fourth touchdown pass to put the Patriots in front with less than two minutes to play.

Russell Wilson, his Seahawks counterpart, then began ferociously driving his team down the field in response. Two of the most ridiculous plays in NFL history ensued.

Flashbacks to their 2008 dramatic Super Bowl loss against the New York Giants must have been running through the minds of Brady and Patriot’s head coach Bill Belichick.

But on second and goal and less than a yard from a second straight championship, the Seahawks’ offensive coordinator made what will be one of the most talked about play calls ever.

Instead of letting Marshawn Lynch, the best running-back in the league, battle his way into the end zone, the responsibility was laid upon Wilson’s shoulders. His quick slant throw was intercepted by New England’s Malcom Butler, an undrafted rookie, on the goal-line with 20 seconds left on the clock.

Two kneels later, Brady and Belichick  became the most successful quarterback-coach duo in the NFL history.

After the game Brady, 37, did not hold back his emotions. “It wasn’t the way we drew it up, certainly throwing a couple of picks didn’t help,” he told NBC after the game.

“It was great, a lot of mental toughness, our team’s had it all year and we never doubted each other. … That was a great football team we beat. I’m just so happy for our team.”

Four championships ties Belichick with Chuck Noll for most wins by a coach and Brady with Terry Bradshaw and Joe Montana for most winner’s rings collected by a quarterback.

His performance also garnered him his third Super Bowl MVP, tying San Francisco legend Montana as the only other player to have had won the award more than twice.

But what really makes the Brady-Belichick Patriots a dynasty is their consistency.

The partnership has won 160 regular season games and 21 post-season match-ups together, both NFL records.

They have not had a single losing season since 2001 (in 2008 Brady was out for the whole season with an injury, but even then the Pats finished with a winning record 11-5) and have won nine AFC titles since Brady became the starter in the 2001 regular season.

‘Bill, Tom and I have had many difficult discussions over the years [but] I have never known them to lie to me’ – Patriots owner Robert Kraft on ‘Deflate-gate’

But even after all of these impressive statistics everything would have been different if they had not beaten the Seahawks. A loss would have made Brady and Belichick 3-3 in the big game and would have divided their dynasty into two very clear stages.

Butler’s interception effectively wrote Brady and Belichick into the history books as not only one of the best but as the best QB-coach partnership of all-time, and also silenced at least some of the critics who have cried foul about their methods.

The Patriots are no strangers to controversy – their 21st-century dynasty has, in part, been built on it.

In the dying moments of the AFC divisional play-off against Oakland in 2002, Brady lost possession and the Raiders recovered the ball.

At first, the ruling on the field was a recovered fumble, which would have led to a Raiders victory, but after further review the call was overruled.

Patriots kicker Adam Vinatieri went on to tie the game and the Patriots subsequently won. Two games later, Brady and Belichick won their first Superbowl against reigning Super Bowl champions, the St. Louis Rams. The ‘tuck rule game’ decision has been a point for debate ever since.

In 2007, the Patriots were disciplined by the NFL for videotaping New York Jets’ defensive coaches’ signals during a September 9 game from a sideline location.

Six months later The Boston Herald reported that the Patriots had taped the Rams’ walkthrough practice prior to Super Bowl XXXVI in February 2002 – an allegation denied by Belichick and later retracted by the newspaper.

The Patriots went on to lose their first Super Bowl under Belichick against the Giants after having a perfect season. This was the first real stain on their legacy. The loss fuelled the notion that they could only win by dubious means, and a second defeat to the Giants in 2012 further cemented those claims.

After a convincing demolition of the Indianapolis Colts in the 2015 AFC Championship game, an obviously inferior opponent,  more cries of cheating ensued.

It was reported that the Patriots deliberately or negligently under-inflated footballs making it easier for their receivers to catch them. This fresh scandal was dubbed ‘Deflate-gate’. However, the win by the Patriots was so convincing that it seemed like critics just wanted to keep twisting the knife.

In the week prior to the Super Bowl, the media repeatedly tried to get quotes from Brady and Belichick with both fiercely denying any knowledge of the incident.

Patriots owner Robert Kraft said: “Tom, Bill and I have been together for 15 years. They are my guys. They are part of my family. Bill, Tom and I have had many difficult discussions over the years [but] I have never known them to lie to me.

“That is why I am confident in saying what I just said, and it bothers me greatly that their reputations and integrity, and by association that of our team, has been called into question this past week.”

Kraft also stated that if no evidence of football tampering was found, he fully expected an apology to his team from the League.

Ten years after their third Super Bowl victory and in the most thrilling of finales, the Patriots, Brady, and Belichick can finally put all these controversies to bed, hold their heads high and say ‘we are the best ever’.

As Brady added after the game: “It’s been a long journey.”