Review | FKA Twigs at the Roundhouse 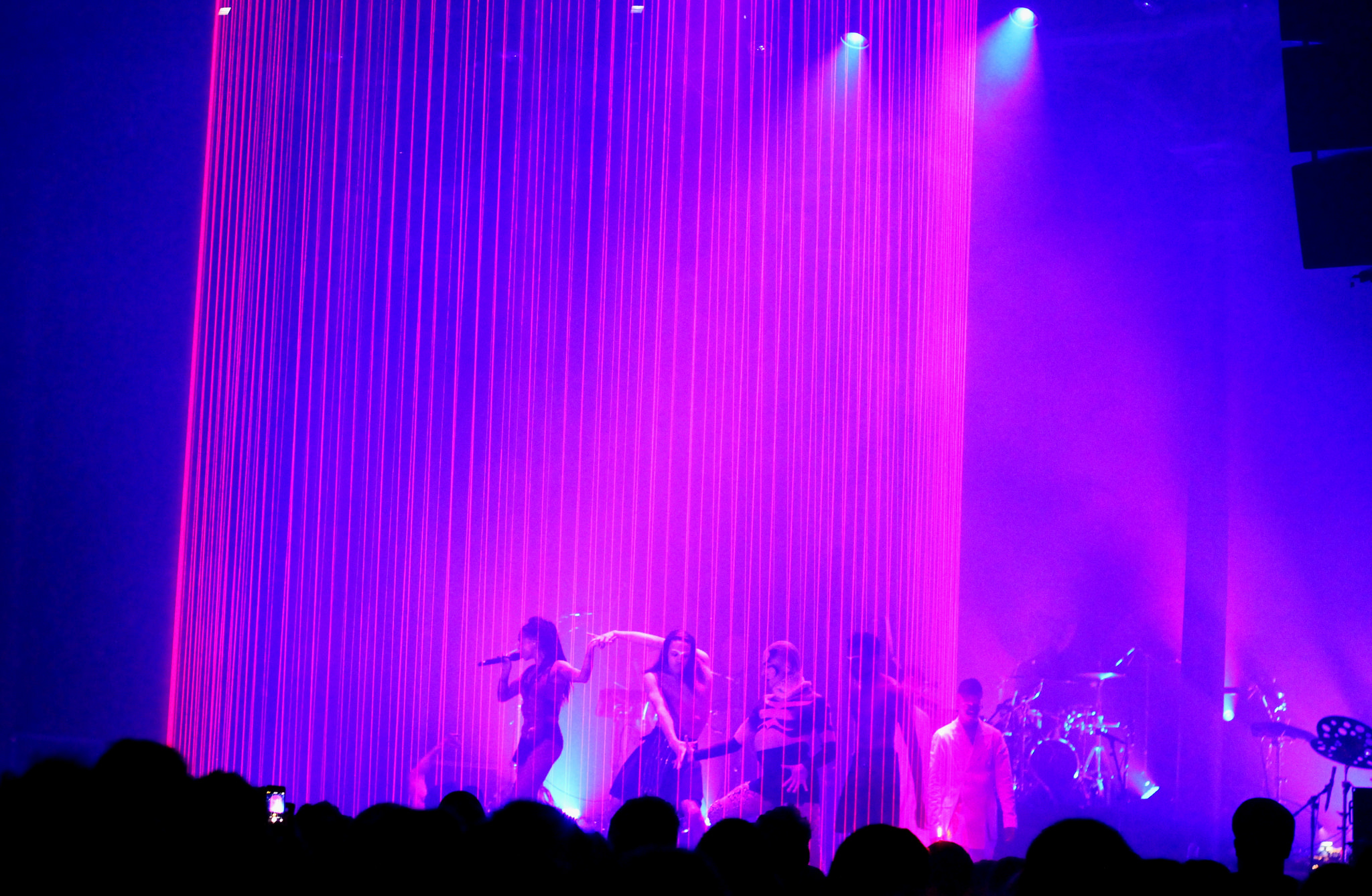 Fire balls, sexed-up experimental dance and laser cages were just some of the theatrics of FKA Twigs’ Congregata – a “coming together” of snippets from her album LP1 and raunchy double-jointed choreography made for a more visual than audible experience.

The first of two sold out nights lured in waves of trendy and septum-ringed individuals all clamouring for attention and a glance at their style icon.

I should have worn some platform shoes to this show as I soon found out that the audience space isn’t sloped and I had to crane my neck to even glimpse the show between the tall herd of hipsters. I spent most of the show watching what’s going on through the screen of a stranger’s iPhone 6, kind of defeating the point of going to a live show.

From what could be seen, it was like witnessing a sex ritual with great bass and epileptic metronomes interspersed between tracks. Dressed in McQueen leather, fishnets and smothered in MAC makeup, FKA Twigs told the story of the process of making her album through her movements and impressive dance crew.

It was undoubtedly the sound and lighting that stole the show. Sweeping white lights and red laser cages warped the space and put the music into context far more than the lyrics.

Without the strobe lights being on-point, the story would have been lost in translation. The Roundhouse has to be applauded for its sound system, which emphasised the crunchy synths and abstract soundscape in minute detail.

After a whirlwind performance, FKA Twigs finally addressed the crowd in her soft, giggly voice; a juxtaposition from the passionate and intimate sex goddess of the last 45 minutes. Explaining her Congregata and introducing the musicians and dancers and friends who’d made the show possible; she was humbled by the Londonian reception.

For future Twigs-gigs I will invest in sky-high platform boots or buy a seated ticket; FKA Twigs is a treat for the eyes and ears if you’re not a short-arse.