My day as an F1 Driver 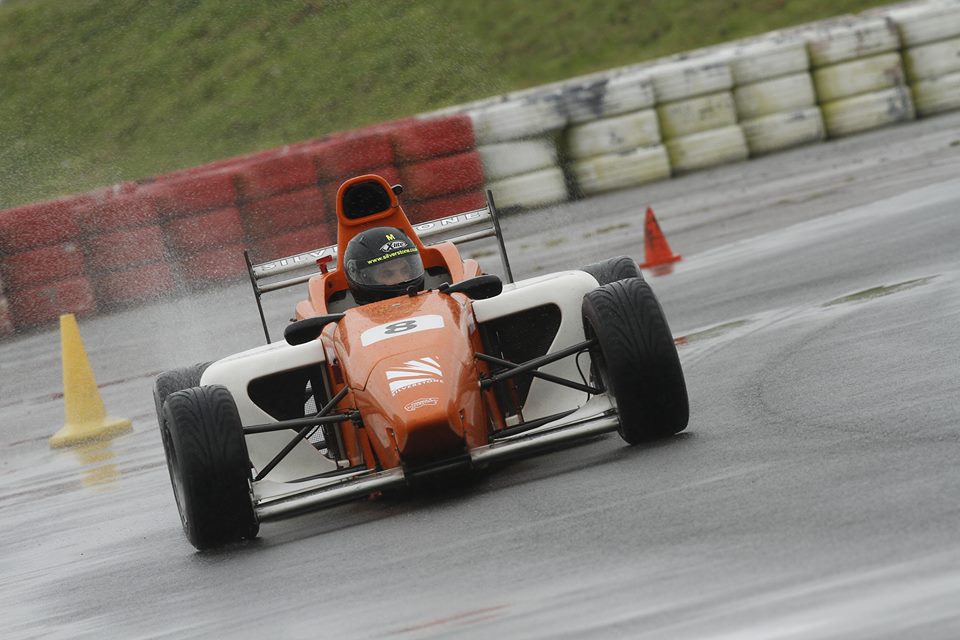 Having always been a big fan of racing, it was a perfect present when I received a gift voucher to drive a racing car on the legendary Silverstone circuit.

This experience is something I would recommend to absolutely anyone who is passionate about motor sports.

On the Silverstone website they say that you will never look at Formula 1 driving the same way again, and it’s true!

The day starts with check that you are over 18 and in possession of a drivers licence, followed by a short briefing where you and seven other drivers are given instructions by a professional racing driver – you get the lowdown on the basics of professional racing.

After half-an-hour of briefing you get to the cars and boy, they’re incredible. A genuine racing car – a rear wheel, rear engined, purely speed-oriented vehicle.

It has a 1.6 litre Ford engine producing 150 bhp, which in a car weighing around half a tonne makes it pretty damn fast! It has no electronics, no traction control, no ABS, nothing!

It doesn’t matter what type of cars you’ve driven or how long you have been driving – your experience will not be much help and driving these cars will require your full attention. Even the slightest distraction can result in a crash, which is exactly what happened to me.

You only start to realise how different this Formula Silverstone single seater is when you get in and notice the front wheels are at eye level and the engine roars so loudly behind your back that you can’t hear your own thoughts.

After 20 minutes of driving behind a safety car which sets the pace, you are allowed to drive 20 minutes on your own, racing against the other seven drivers.

Unfortunately, it is not a proper race, as I imagined it would be – you are only allowed to overtake on the straights and only after you have been given a signal.

The whole thing is over in what seems like seconds, leaving you desperate for more.

It would have been better to spend more time with the instructor teaching you what Formula 1 drivers are being taught, and 20 minutes of driving is definitely not enough for the £199 price tag.

However, as much as it might sound like a rip off, I would definitely go again and recommend it to anyone interested. It is a once in a lifetime experience!

You can book your Formula Silverstone experience and many more at http://www.silverstone.co.uk/experiences

The danger of labelling road users