Beards are similar to the manes that a male lion sports: there is a theory that biologically, men grow beards in order to appear more intimidating in the face of an enemy, or to hide their facial expressions in certain situations.

Today the culture of beards is very different and the beard ‘scene’ is huge: men grow beards for fashion, some do it to look manlier, and some just want to see if they can pull off a full beard.

Having a beard is comparable to having long hair; a woman, or a man for that matter, needs to take good care of their thick mane in order for it to look good. They have to wash it, condition it, dry it, brush it and style it.

The same applies to beards: if you don’t take care of it you’ll quickly be rocking the hobo-look, which might not necessarily be what you’re going for.

Artefact spoke to three men who all share a love for facial hair and rock varying beard styles themselves. 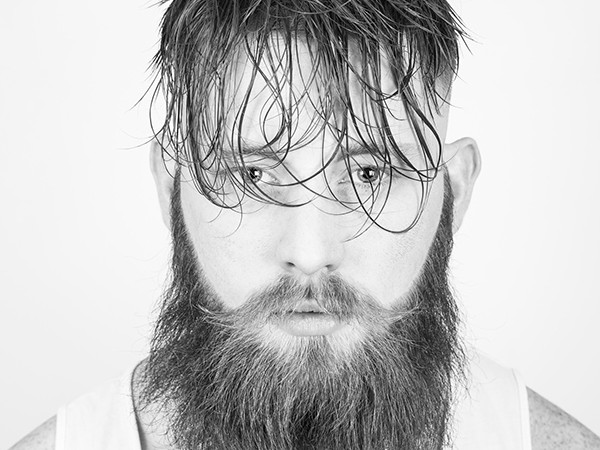 Adam Bloomfield, a 24-year-old designer from London, has been growing his beard for just over a year and told us: “Beards are basically the essence of masculinity, I think it’s pretty common for guys to look up to men with impressive beards.”

We talked about what had inspired him to grow his beard and he explained that although he had been able to grow facial hair in one way or another since his teens, but after seeing pictures of Ricki Hall he got inspired to give it a go himself. Other sources of hairy inspiration were Gwilym Pugh and Tymoor Gharbo.

Anthony Cincotta, also known as Tony Jaw, is an American model based in San Diego, California.

We asked him what the idea behind his beard was and why he decided to grow it out, “I grew a beard originally because it was the last style on my cue of outrageous facial hair styles I have yet to try. Before this I had a large Dali style moustache.”

Similarly to Adam, Tony is at around a year’s worth of growth: “My one year marker is coming up soon. A lot of people have trouble believing I could grow it that fast, but hey, that’s being Italian for you!”

The reasons for growing your beard may vary, but the grooming processes are usually quite similar.

Adam explained his daily beard maintenance routine: “I use beard oils every day after I’ve showered, they keep your beard soft and conditioned and stop the skin underneath drying out. A lot of them now have different scents too which can complement your aftershave. I also use beard wax or butter to style my beard but this is more often before a night out than if I’m going to the gym etc.”

When it comes to grooming he explained that he’s been doing some modelling for a hairstylist which has required him to keep it untrimmed for a while but he would normally get it trimmed at a barber shop once a month to “keep it tidy, similar to my hair.” 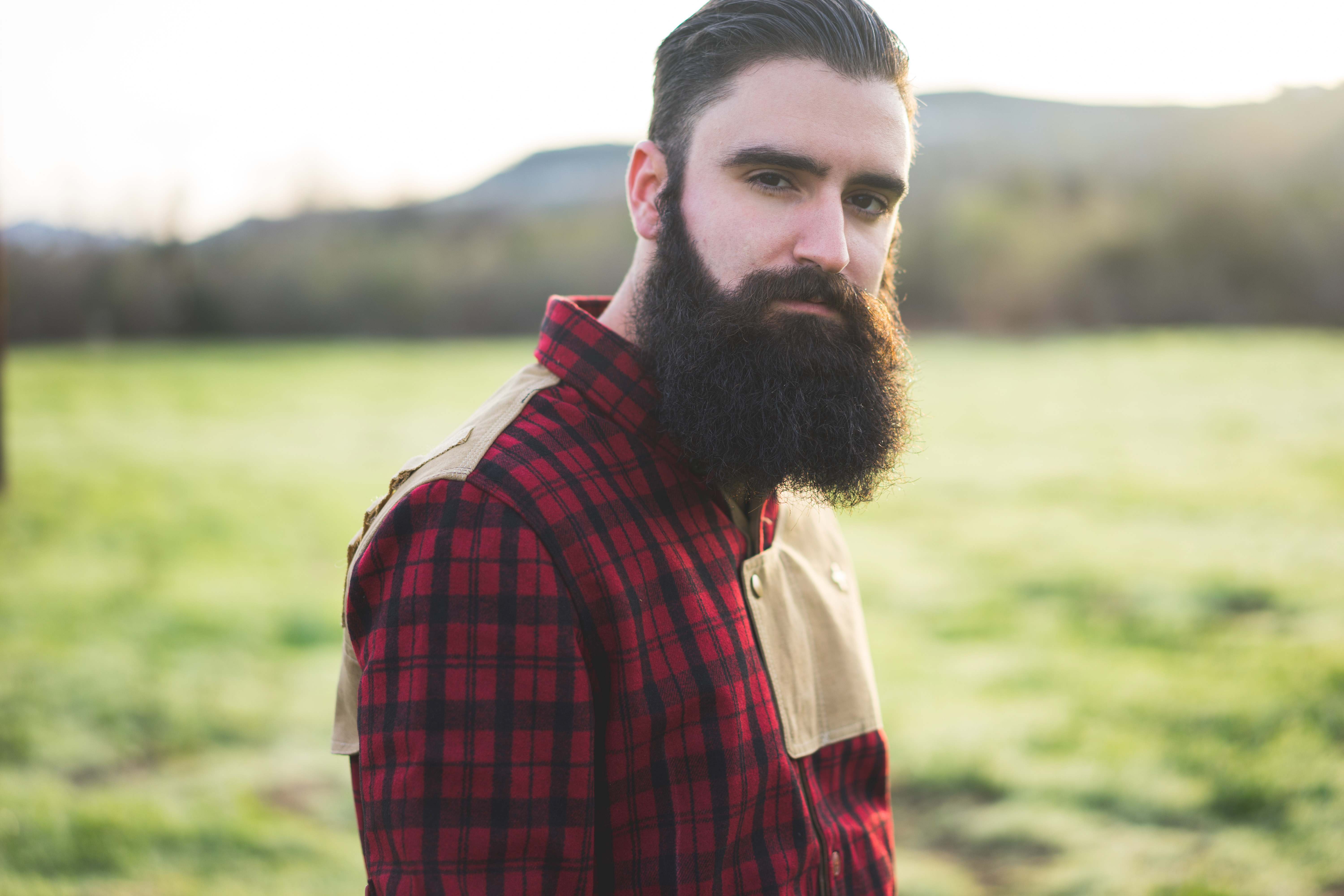 Tony’s routine is similar to Adam’s when it comes to shampooing, oiling and balming, but the trimming is different. “I trim it about twice a week to the style I think looks best. I don’t let anyone trim my beard except me, I love doing it. I would say a good trim takes about 20 minutes. I pick it out until it looks like a fro on my face and then trim mainly the sides, but I also hit any split ends at the base. I then brush it down and trim away any strays. From there I use a straight razor on my cheeks for sharp precision.”

Frank Rimer, owner of Thy Barber, a pop-up barbering brand, explained the ideal maintenance process, and why it’s important if you want to keep a tidy looking beard.

“Hair on the face is very different from head hair, it’s a lot harder and thicker, it’s also coarser so it actually needs a lot more care than the hair on your head. Shampoo will help open up cuticle of the hair and let the moisture in from the product, the conditioner will help to neutralise it and close it back down. It will seal any moisture or protein back into the hair and it’s the same with your beard. So you do that because you want it to be softer and sit closer into the face.”

He also explained how, like your scalp, if you don’t take care of the skin under your beard you can experience “beard-druff”.

“Beard balms are really good because when you do have flyaway [professional term for rogue hairs that stick out from your beard] they work almost as a moustache wax, they’ve got a slight bit of grip to them, so they’re really good for actually keeping the flyaways in. It all helps to keep the beard looking nice and tidy.”

Grooming your beard is the tricky bit: “I still struggle to cut my own beard and I’m a professional barber. Everyone’s beard is different,” Frank said. He explained that there are so many difficult parts when it comes to trimming a beard, even if you have years of experience, he recommends seeing your barber every three to four weeks for a trim.

According to Frank, the whole beard culture was not very socially acceptable a couple of years ago. “They were a bit like tattoos, they were frowned upon if you wore a suit to work.” Nowadays things have changed, we asked our three wise men whether they see beards as a fashion statement or more as a lifestyle.

Adam explained how he would probably have a slightly different beard if it wasn’t as trendy but he would definitely have one: “My father and uncle have been wearing beards for many years and they would not be considered fashionable or on trend. Having said that, I was influenced by fashion models and designers whilst working in the fashion industry last year so there’s definitely an element of that in my image. Maybe I’m 50-50?” 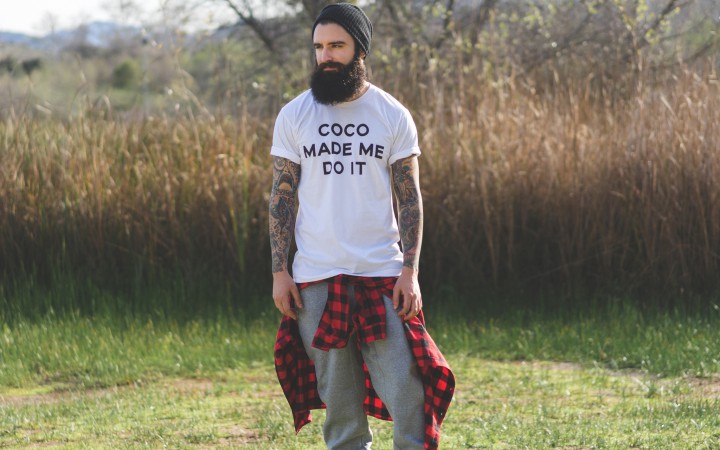 Tony said “I recently moved from New Jersey where I was not very accepted in the corporate world with my beard. I turned down jobs that asked me to shave it off. I’m currently in San Diego, California where I’ve never felt so accepted with it. I was fortunate enough to be brought into the modelling culture here, in fact the photos I’m sending you are from a recent shoot with Dr. Jays. I love it. I won’t lie, the fact that everyone loves it here does make me feel pretty good but ultimately I have my beard because I want it.”

Frank has seen the beard renaissance from a professional perspective and has seen how over the past three, four years beards have become more fashionable. “I think it started off with, I hate using the word hipster, but with the whole idea about the ‘hipster moustache’ where everyone wanted the twizzled ends or the ‘old English gentleman’. So I think that’s when facial hair started becoming fashionable, it then extended down to the chin and the cheeks and people realised that, ‘Ah, maybe this actually goes quite well along with the moustache’ and then it’s kind of progressed into something global. It has become an accessory for a man to wear now more than anything else.”

As with anything else that relates to looks and fashion, there will be people who are envious of a certain style or look, and beard envy is apparently a real thing.

All three of our subjects have experienced beard/moustache envy in one form or another, both on the receiving end as well as the giving end.

Frank was quick to answer, “Yes! All the time! I’m quite fair, so my facial hair doesn’t tend to grow on my cheeks too well, so I’m always envious of the guys that have that really thick, good, straight facial hair.” 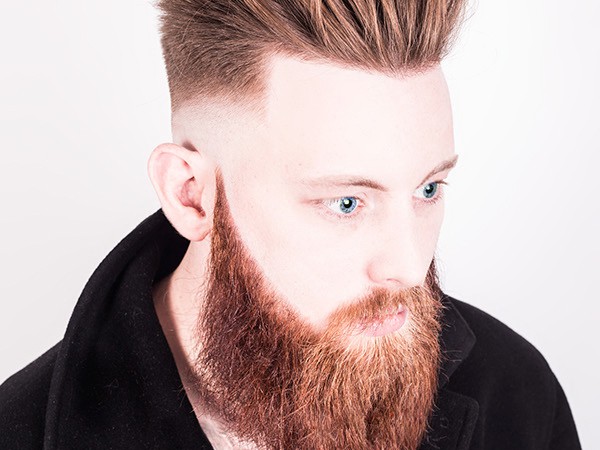 Adam explained that he gets a lot compliments and has even had people asking for photos. “‘Your beard is much better than my mates’ or ‘can we have a picture with you?’. In the last six months I couldn’t tell you how many random people’s pictures I’ve been in in bars and clubs.”

He mentioned that despite this, he sometimes experiences beard envy himself: “Occasionally I see someone with a great beard and think mine’s a little inferior. I once had to change carriages on a tube because a guy got on with a better beard than me and I knew that everyone would be comparing us.”

Tony was no different in his answer than his fellow beardies, “I have, but until I moved to California it was mainly things I would see on social media. The culture here is way bigger so I see many more beards that I’m just blown away by. I love the mutual nod of appreciation I receive/give from random people just walking around the city.”

We drifted onto the topic of the perks of having a beard and Adam and Tony both said the best part of having a beard was meeting new people and that it works really well as a conversation starter with both women and men.

When it comes to advice about growing your beard, there are loads of websites that work as support groups and encouragement forums for men who want to grow their beards. Examples of these are beardboard.com and beardedgents.com.

Frank also gave us an invaluable piece of wisdom for the road: “If you’re planning to grow one out, then persist. Get past that itchy stage, you know, you wouldn’t cut your balls off because they itched.”

Millennials and subcultures: a remix?