Of all the ways you could fund a restaurant, asking your friends, family and miscellaneous Facebook acquaintances you met at a party in 2010 has got to be one of the more unusual options.

But this is exactly what brother and sister duo Robin and Melanie Frean decided to do in late 2014 when they set up a crowdfunding page to subsidise their new venture. 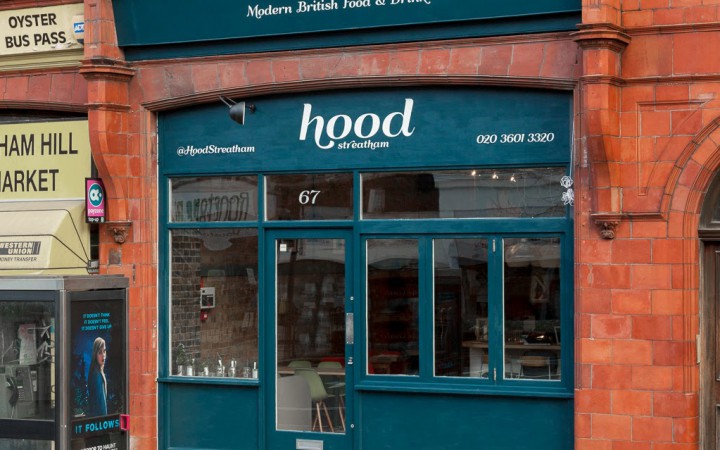 Hood – named to reflect the pair’s ambitions for it to become a “local, neighbourhood restaurant for the people of Streatham” – is all about using regional produce to create a modern British menu. The beer is sourced from London and the South East, and the wine is all European.

For an area that can benevolently be described as ‘up and coming’, Hood’s interior is fairly suave, with wood floors, Eames-style chairs and little pots of rosemary on each table. The owners diligently restored the front of the Edwardian property to how it looked 100 years ago, replacing the plasticky, Indian-themed facade of the previous business with teal wood and red brick. 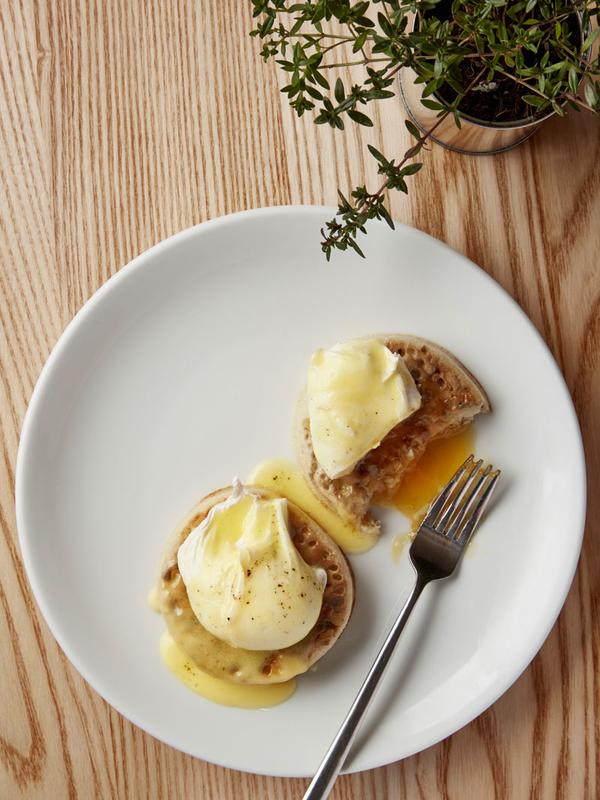 Having just opened in the last week of February, the service is warm if a little patchy, and the food arrives at lightning speed on a pre-rush weekend morning.

The inscrutably titled Eggs Amesbury turns out to be a pair of crumpets (just the right amount of crunch) spread with what seems to be anchovy paste, topped with a squeeze of lemon, nicely poached eggs and hollandaise sauce. The heavy salinity of the whole thing is crying out for dressed spinach, watercress or some other green brightness, and at £8 the total lack of garnish feels meagre and basic.

A neighbour’s pancakes seem to be blighted with the same problem – a couple of golden and fluffy looking cakes look dismayed to have been scattered with nothing more than chunks of rhubarb. The neighbour requests syrup, but the dish still looks a little too elementary; profoundly doable-at-home.

Hood is a likeable space with the potential to become a valued addition to the area, but with the superior quality and value for money on offer at Brixton Village looming just a mile up the road, it’s not about to become the neighbourhood go-to place just yet.