“There really isn’t anybody in Britain [that] is fearless,” said The Times’ columnist David Aaronovitch, in regard to the public attitude towards recent terror attacks in Paris and Copenhagen.

The statement was made on February 25 during a discussion panel following a special screening session of the political documentary, Cartoonists: Foot Soldiers of Democracy at the Jewish Community Centre London (JW3), in tribute to the cartoonists who lost their lives in the recent Charlie Hebdo and Copenhagen attacks.

Directed by Stéphanie Valloatto, the 2014 film sheds light on the world and work, of 12 political cartoonists from different countries, including France, Mexico, Venezuela, Israel, and China.

The documentary explores their career development under different kinds of surveillance and censorship. Alongside the 12 cartoonists, it also features Kurt Westergaard the Danish author of the controversial Prophet Mohammad cartoon in 2006 and Chinese dissident artist Ai Weiwei who created the prominent artwork Sunflower Seeds and who had been arrested by the Chinese government.

Following the film, Aaronovitch and the rest of the panel – which included Jodie Ginsberg, CEO of Index of Censorship, an international organisation promoting freedom of expression – spoke about the popular fear towards political threat and maintained that the feeling was unnecessary.

“As the film suggests, cartoonists are just humble people. They are usually fun loving and they really care about politics and the current affairs,” said Martha Richler (the cartoonist Marf), the first female cartoonist on Fleet Street to receive a daily commission. 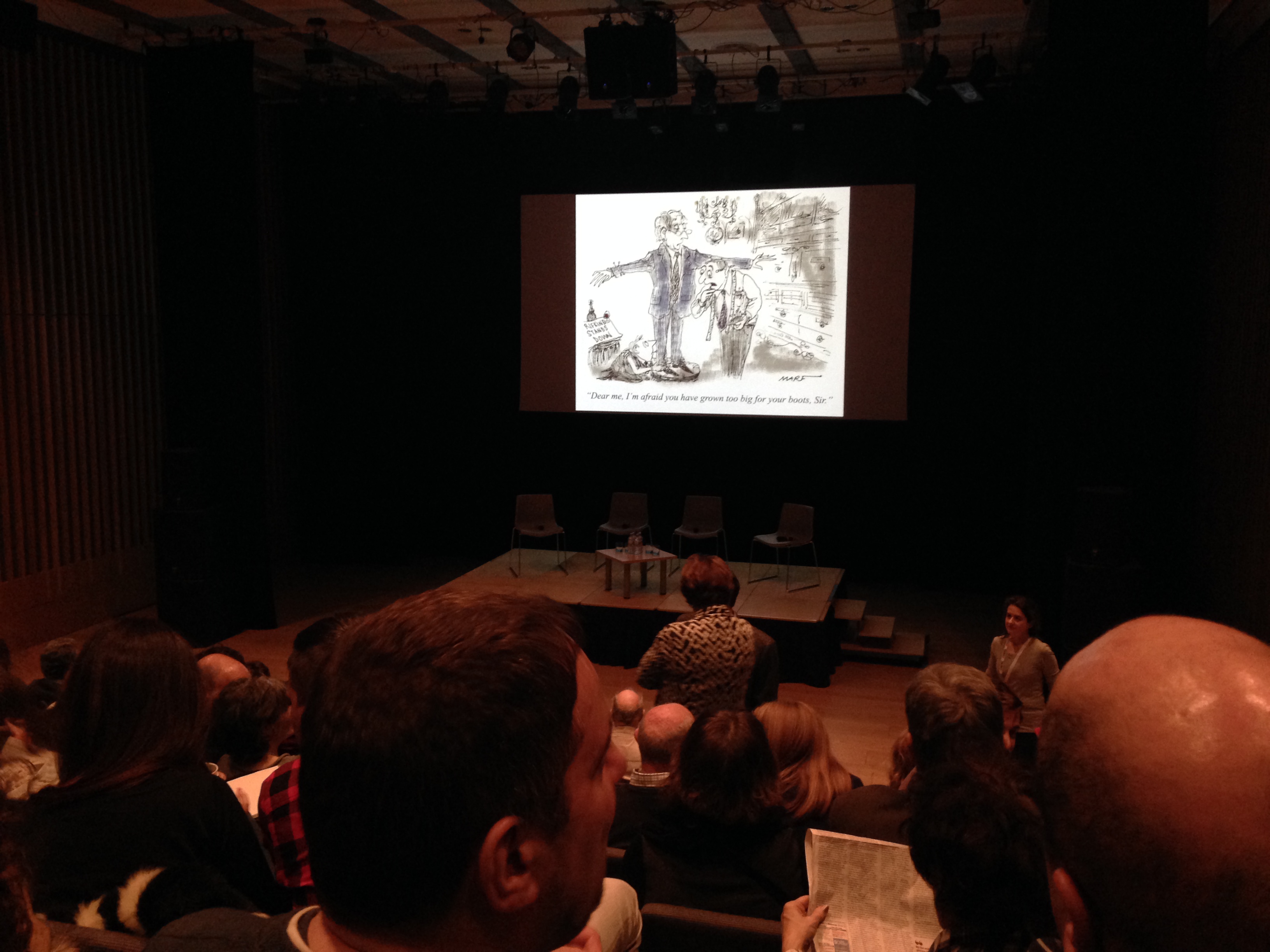 She said that cartoonists, or anyone related to their line of work,  should never be afraid of threat. Richler discussed her views on the absurdity of extremism, suggesting that humour in political cartoons is actually “a bid for peace”.

Both Richler and Aaranovitch rejected the idea that cartoons on Islam have demonised the religion, but have instead created room for reflection on issues related to the Islamic world.

“It’s funny that we think painting a religious icon, like the Mohammad, would be an act of weighing down the icon” Aaronovitch said. “This is something I find really bizarre.”

Aaronovitch said that Islamists who complained about the cartoons being offensive didn’t understand the history of their own religion, where earlier members of the Islamic faith banned portraits of Mohammad for the reason Mohammad was not real God to be worshipped, not because it was insulting.

The panel was joined by Jodie Ginsberg, the CEO of Index on Censorship, an international organisation found in 1972 to monitor censorship around the world on the mission to defend freedom of expression. Ginsberg said offence was “necessary” in any political cartoon, and was worried the rights to free speech would be deprived from cartoonists to a much wider media scope.

Cartoonists: Foot Soldiers of Democracy was officially released in May 2014. Around 120 people attended the screening held by UK Jewish Film.

By Alexandra Andronache
9 Mins read
How Muslim women living in the UK are working together to tackle Islamophobia and sexism.
Reviews

By J A Neto
6 Mins read
We visit Ai Weiwei’s Rapture exhibition in Portugal, which highlights the dark reality of oppression which still exists around the world.
Politics

By LukHA
3 Mins read
When French secondary school teacher, Samual Paty, was murdered at the hands of a radical terrorist, France braced itself for what would happen next.